Many parents find ordinary baby food bland and try and look for different types of spice that they can put in it like cinnamon.

But is it child-friendly and can babies have cinnamon?

The answer to the question: can babies have cinnamon? is yes, but you must first know when a baby can start having solids, which is usually when he’s around 4-6 months of age.

The reason you have to wait until this age is because your child’s digestive system is not developed enough to process solids before that.

While cinnamon might have beneficial properties, it’ll only cause trouble like allergic reactions and diarrhea if given to children younger than 4-6 months of age.

I’d normally suggest waiting for a full year so your child’s digestive system can fully develop, but sprinkling it in every now and again during your little one’s initial transition to solid foods can serve as a good way to enhance his palate on top of the other health benefits it offers.

The most common benefits of cinnamon for babies are its antioxidant and anti-inflammatory properties, but there are some others I’ll get to later.

However, the biggest problem you might face with cinnamon is the potential for your child to have a cinnamon allergy, especially if you decide to give it to him prior to the initial 4-6 month waiting period.

In this article, I’ll cover whether or not cinnamon is safe to put in a baby’s food, the general health benefits and potential downsides of cinnamon, as well as some general tips and words of warning about what types of cinnamon you should get.

So, When Can Babies Have Cinnamon? 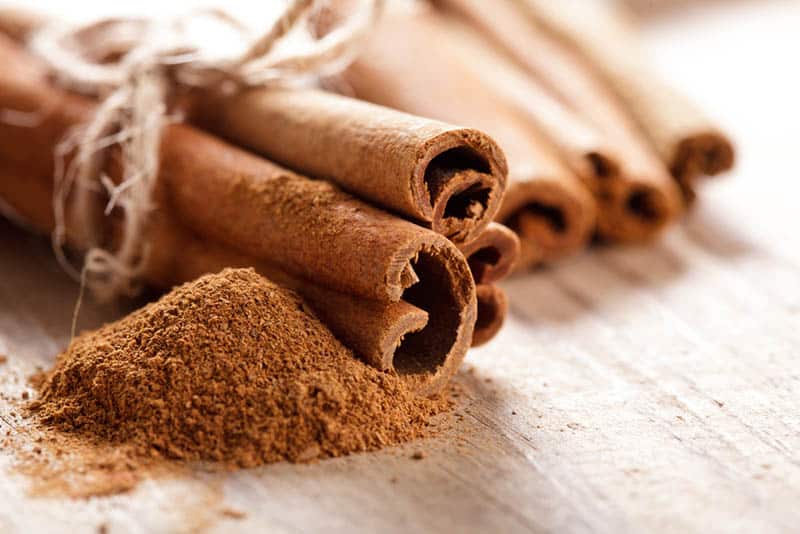 Babies should only really start having cinnamon from month 6 onward, when their digestive system develops enough to be able to break down more complex baby foods like meat.

If you want to be extra safe, it’s better to wait until your child reaches his 1st birthday before introducing this delectable spice to tantalise your child’s taste buds, albeit in small quantities, as there can be too much of a good thing.

In any case, I suggest talking to your pediatrician first so you can schedule a check-up, and he can do a few tests to see whether or not your child is ready to swap over to solids.

If he gives you the all clear, you can add a little bit of cinnamon to your child’s meals every now and then.

As an added safety measure, try Ceylon cinnamon as it’s one of the mildest variants and poses the smallest risk of irritating your child’s stomach, or being recognized as a threat by his immune system.

In that same vein, I suggest avoiding Cassia cinnamon as it’s one of the strongest types of cinnamon, and is very likely to cause cinnamon allergies or trigger one of the nasty side effects a child might have from overconsumption of this sweet spice.

Some of the most likely side effects include:

All of these are likely to appear if your child has a potential cinnamon allergy.

The most common are related to the gut and will give him a stomach upset.

However, cinnamon isn’t all bad, in fact it’s quite healthy and has many benefits that can aid your child. 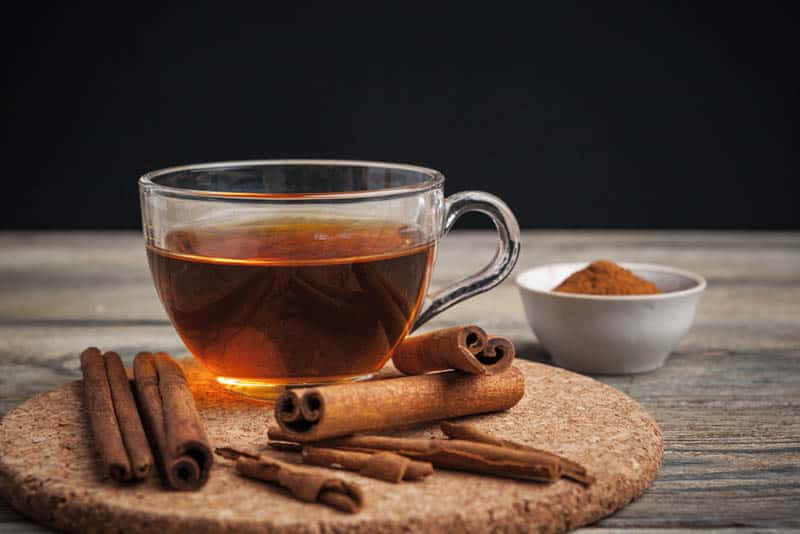 If you’re wondering whether or not can babies have cinnamon, you might want to look at all the great things a simple cinnamon stick has.

For instance, it’s an amazing aid for teething babies due to its anti-inflammatory properties and unique taste, which both help to soothe the pain caused by your baby’s teeth coming in, helping him quickly calm down.

It’s a great trick that I recommend every new mom tries with their little kids, but make sure not to leave him with it unsupervised.

While a cinnamon stick is rather sturdy, given how it’s essentially the core of a cinnamon tree,, this doesn’t mean it’s indestructible, and a small shard could chip off and become a potential choking hazard.

As always, you should most definitely consult your pediatrician to confirm that cinnamon is safe for your child before giving them some.

However, this isn’t the only health benefit of cinnamon.

There are plenty of others, which is why so many people ask: can babies have cinnamon?

One of the other major benefits of cinnamon is the fact it helps boost the immune system, reinforcing a child’s ability to fight off any nasty diseases thanks to the cinnamaldehyde found within it, that has natural anti-oxidant properties.

Another fantastic benefit of the anti-oxidants are as home remedies for pain.

Not only that, but cinnamon also possesses anti-microbial properties which assist in boosting the effectiveness of these home remedies if they’re meant for topical application, as they help disinfect the area that they’re applied to.

Also, while too much cinnamon can cause a number of stomach and digestive problems, taking it in small amounts can have an opposite, more positive effect.

Anything that could cause issues in your little one’s tummy.

That said, you have to be really careful with the amount of cinnamon you give your child.

You should never give them more than a teaspoon, and make sure that it’s well diluted with something else otherwise it might hit them harder than intended and have a negative effect.

If used in the form of an essential oil, cinnamon can even help improve your skin care routine.

Many people believe that it helps deal with skin inflammation in much the same way it relieves pain in teething babies, though it’s a benefit yet to be proven for kids.

In that same vein, the anti-inflammatory properties help aid in dealing with dental issues by reducing gum soreness, inflammation, and oral pain.

However, proper dosages haven’t yet been determined for children, so always consult with your pediatrician before attempting this.

Another positive property is the cognitive boost that continued, controlled use of cinnamon provides as the spice helps improve glucose absorption levels, which will in turn help your kid develop his cognitive capabilities.

When used in tea form, it’s a great option for treating the symptoms of colds as they help alleviate them quickly.

It can also assist with foods for baby-led weaning as it’s a rather interesting flavor which might help you move your child away from breastfeeding and swap over to new food a lot easier.

Cinnamon is also known to help boost blood flow which helps quicken healing, not to mention makes dealing with symptoms of swelling and other allergies much easier.

It’s quite funny to think cinnamon essentially helps deal with the same symptoms that someone who has an allergy to it would have!

The Best Ways To Add Cinnamon Into The Mix 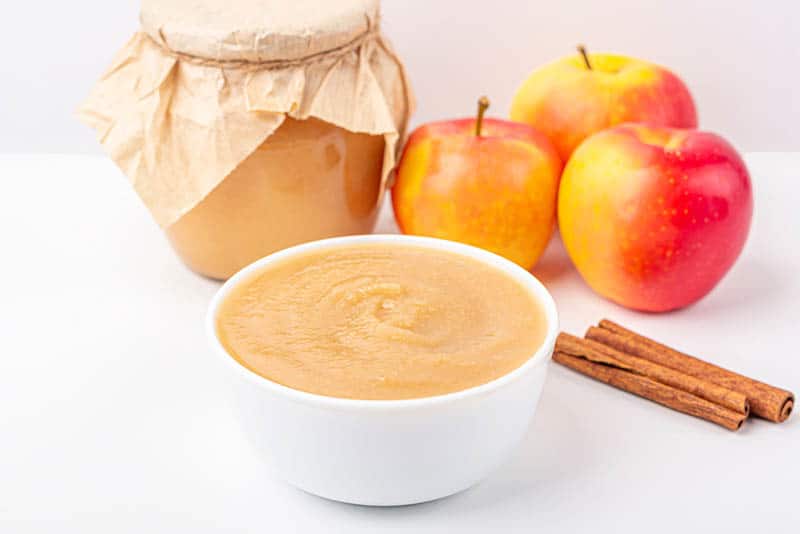 Some of the first foods your child will be able to eat as he transitions from baby formula and breast milk to solids will be purees and cereal, ideal things to sprinkle cinnamon onto.

In fact, there are many recipes for baby meals that can benefit from the addition of a little bit of cinnamon.

The best examples include:

Applesauce goes with cinnamon particularly well, and the combination of apples and cinnamon is iconic and known to be loved by kids around the world.

You can also experiment by adding it to other meals as your child broadens his palate, but be sure to taste test them yourself first before deciding to offer them to your kids.

If you don’t like them, your kids probably won’t either.

How To Properly Store Cinnamon 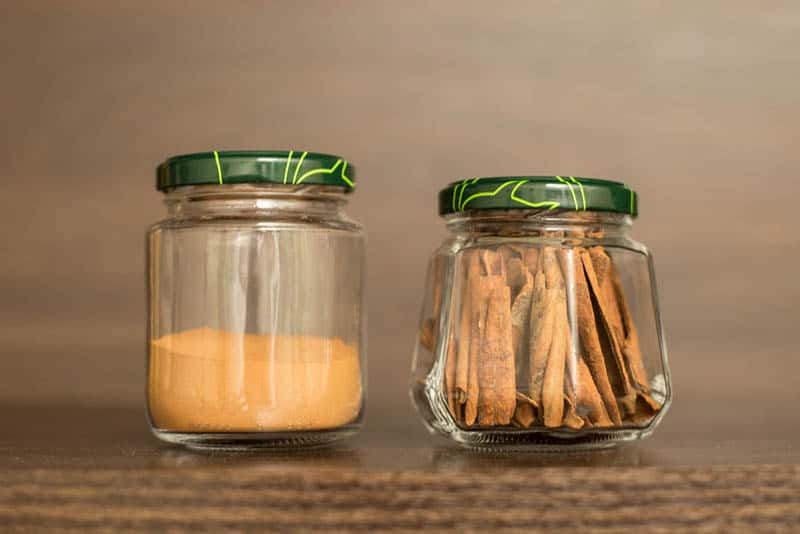 When can babies have cinnamon is not the only important thing to take into consideration, but also the overall quality of the spice you use.

Don’t just buy any old type of cinnamon, as they aren’t all the same, there are differences in potency based on how concentrated the cinnamaldehyde is.

The best option, as mentioned before, is Ceylon cinnamon as it’s a milder variant and less likely to have negative effects on your child’s digestive and immune systems, whereas Cassia cinnamon is much stronger and should be avoided.

It’s also important to properly store cinnamon so it’s effective for as long as possible.

The first thing to note is that you should only buy cinnamon from certified dealers and retailers, who can guarantee the quality of the product you are buying.

The next thing to do is check the best before date and make sure the packaging itself hasn’t been compromised in any way.

You’ll also want to ensure the sticks themselves are thin because, contrary to popular belief, the thinner the stick the better, and not the other way around.

Keeping cinnamon in the form of sticks also gives it added longevity.

That said, grinding it down can be a real pain so it’s best to buy it in powdered form if you’re going to be using it for cooking or adding flavor to your kids’ meals.

As with many other spices like cumin, turmeric, coriander, and the like, it’s best to keep cinnamon in an airtight container in a cool, dry place like a pantry.

Don’t expose it to too much sunlight or heat, as that’s likely to wear the quality down even quicker.

The same goes for humidity.

Things To Be Aware Of 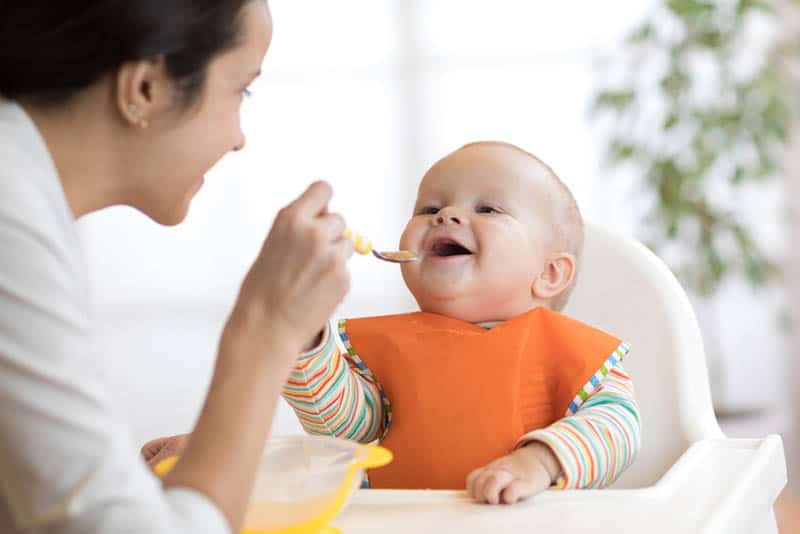 As mentioned at the start, don’t even think about doing this without speaking to a pediatrics professional first, and make sure to get an okay from them before adding cinnamon to your little one’s diet.

Not only is it dangerous due to potential allergies, but it’s really dangerous for kids who suffer from anemia as it doesn’t mesh well with any meds that might cause blood thinning.

Should your pediatrician discover a cinnamon allergy, make sure to keep a watchful eye on what you buy at the store from now on.

Read labels carefully and avoid anything that might have traces of cinnamon in it so your child doesn’t have to deal with any accidental gut problems.

If your child is diagnosed with an allergy and accidentally consumes anything that contains cinnamon, take him to a healthcare professional or your pediatrician quickly so they can intervene in time.

Your child might be prescribed some antihistamines, but they’re not always reliable or available.

It’s better to avoid risking your child’s health in the first place.

So, can babies have cinnamon?

Yes, but only in controlled amounts and only after around 6 months of age.

Even then, you should make sure that your pediatrician says it’s okay and ensure your child isn’t allergic to it beforehand.

Dealing with the consequences of allergies can be a real pain and really harmful to your child!

Once you’ve made sure everything is okay, you’ll need to get the right quality of cinnamon and learn how to store it properly.

When you have that sorted, and you know the correct dosage of it for kids (1 tablespoon a day max), you’ll be ready to reap the benefits of this super spice. 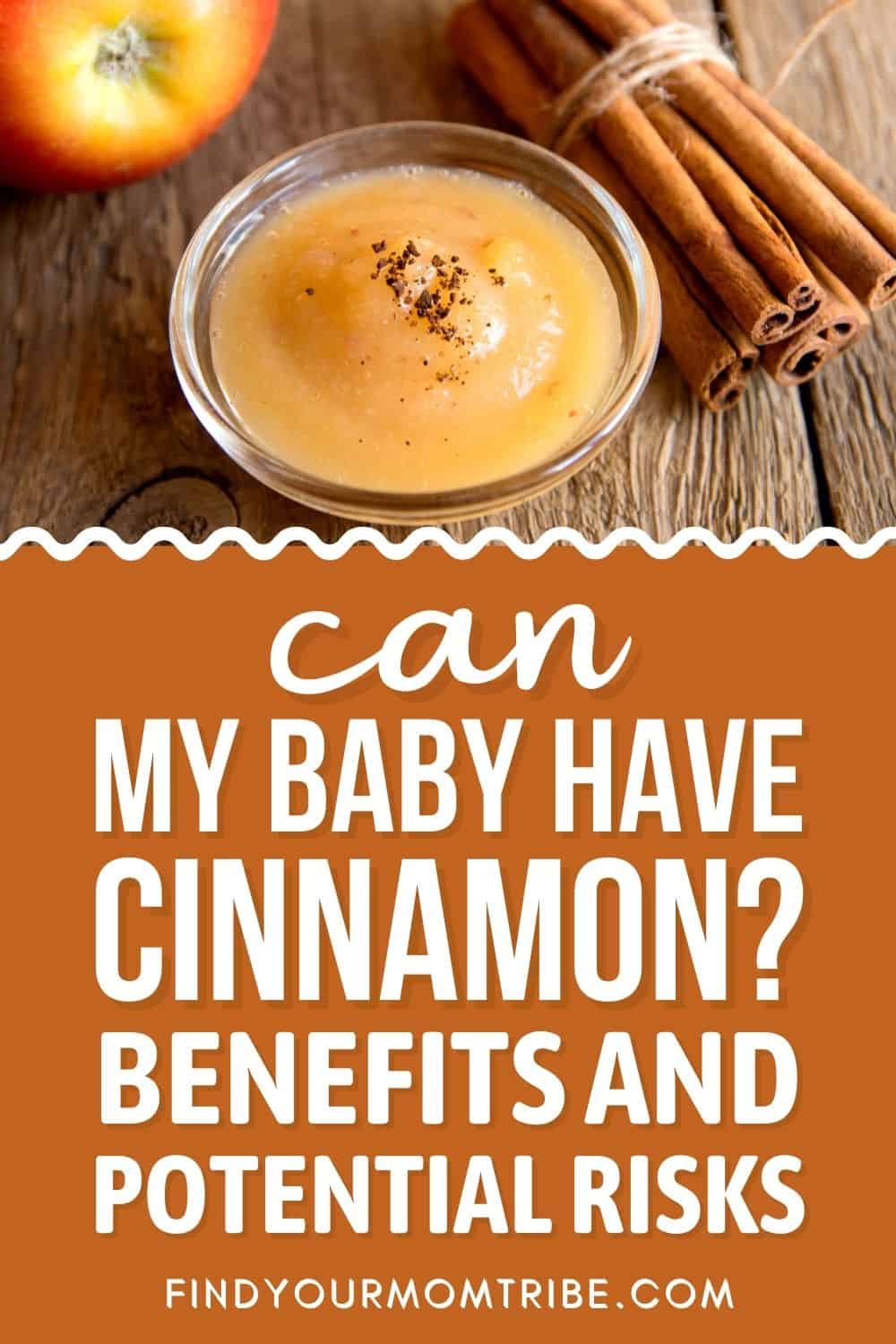