Foremilk/hindmilk imbalance can be a rather annoying hindrance for both the mother and her little one.

You see, there are two types of milk that come out of a mother’s breast during breastfeeding, the foremilk and the hindmilk. The first (foremilk) is lower in fat and serves as a sort of appetizer before the main course of the fatty hindmilk that comes at the end (hindmilk).

A foremilk/hindmilk imbalance happens when your precious child only manages to suckle the foremilk, while the fat-rich hindmilk lingers in the breast.

A perfect balance allows for a healthy feeding process but a foremilk/hindmilk imbalance can lead to a number of issues for the baby.

These issues include gassiness, fussiness, frothy green poop, frequent spit ups and so on.

The baby will also want to feed more because he won’t be sated from the initial feed due to said imbalance, leading to the possibility of rapid weight gain as well.

As for the mom, an imbalance can lead to issues like clogged milk ducts, mastitis and frequent breast engorgement.

The main culprit of this imbalance is usually an oversupply of milk, though some of the symptoms can be confused with other issues, so do keep a good eye out for this.

The problem, thankfully, is easy to solve with a few easy steps to lower milk production and rebalance the foremilk and the hindmilk, as well as a few tricks to reduce any swelling.

How Does It Actually Work? 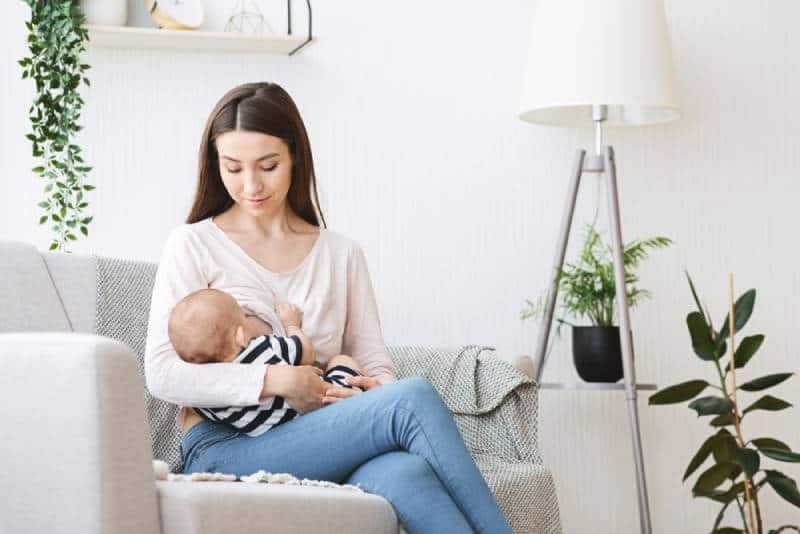 When you start to breastfeed, your milk starts flowing to the baby’s mouth. Simple process, right?

Not exactly. You see, all milk is technically foremilk – that’s the one that contains a low amount of fat content.

But, that’s only because the initial stream is so fast that the milk doesn’t collect the fat that sticks to the sides of the milk ducts, leaving it lingering there to cause a possible future clogged milk duct instead of actually helping to feed the baby.

It’s the milk at the end of a feeding session that contains all that fat, the milk that comes out when your breast is nearly empty – the so-called hindmilk that is rich in fat.

But why is fat so important?

Well, the high fat content hindmilk is the reason your child feels sated for a longer amount of time.

It’s due to a hormone called cholecystokinin, which the fat inside the hindmilk contains.

Without it, you’ll finish a feeding session with a satisfied breastfed baby, but he won’t remain like that for long as, soon enough, his tummy will be rumbling for more.

Instead, all the baby ends up getting is a whole lot of lactose and not much else.

Also, because the lack of hindmilk causes the baby to ask for more feeding sessions, you’ll also notice a sudden weight gain, well over the intended margin, which can lead to more problems.

Other Problems That Can Stem From A Foremilk/Hindmilk Imbalance

Apart from the breastfeeding problems that I’ve already touched upon that are caused by an overly abundant milk flow like mastitis, clogged milk ducts and breast engorgement, there are some others.

Namely ones that will affect your little one the most. 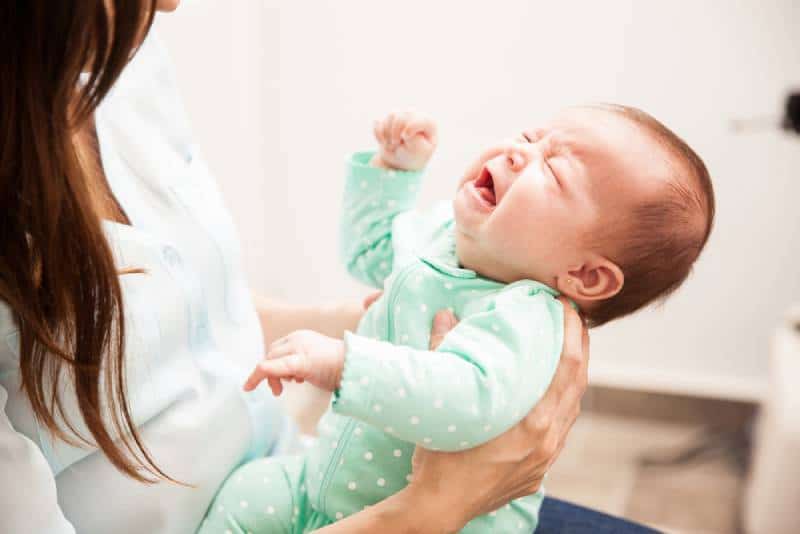 This comes from the lack of the hormone mentioned earlier, cholecystokinin, which is responsible for the feeling of satiety in babies.

If your baby gets too much low fat milk and not enough of that fatty milk, he’ll be calm for a time but then he’ll ask for another serving sooner than expected, leading to this vicious cycle.

This will make him more tedious to deal with and needlessly so, as this issue can and should be remedied as soon as possible.

This fussiness is also a sign of colic because of the discomfort such a high amount of lactose can cause from feedings that are too frequent and that provide more than enough milk.

Even a fully grown adult can’t drink a lot of milk without feeling nauseous or having their stomach cramp up because we all have a level of lactose intolerance within us that develops as we grow older. 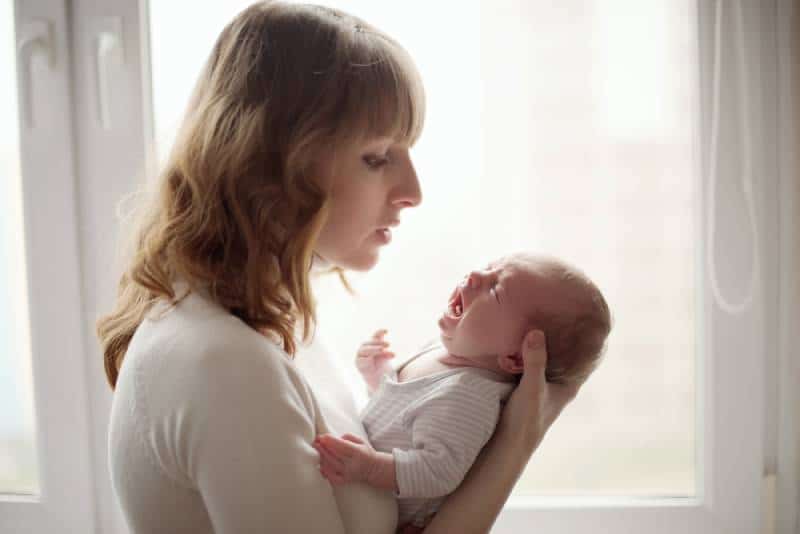 Another direct result of consuming too much lactose-rich milk is a gassy baby.

This should come as no surprise since any human being is bound to suffer more when they’ve got some dairy in their system.

It’s all thanks to our bowels tensing up and relaxing as they try to digest the consumed lactose.

Some digestive systems react well to it and some don’t, but every human has their limit and so does your child.

Consuming more lactose rich milk than he’s used to is bound to result in a lactose overload where he’ll start having trouble digesting said milk, which leads into our next problem. 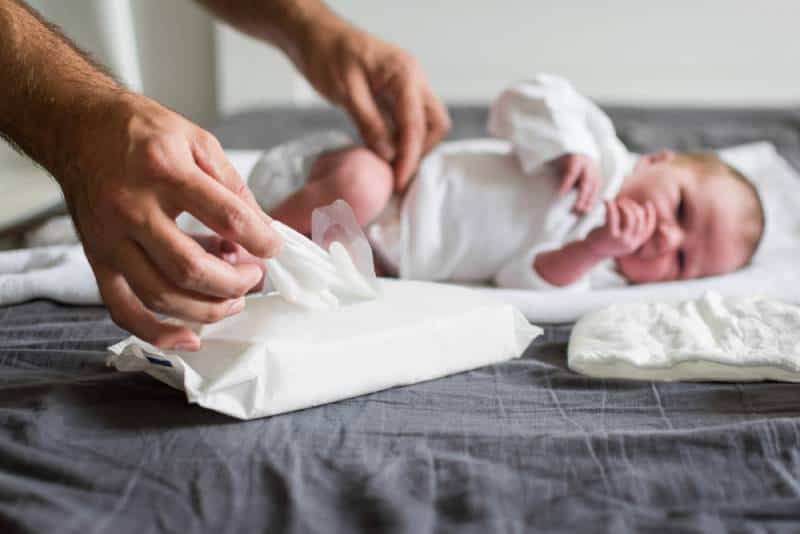 If your baby’s stool turns green, it might be a sign that they’re not getting enough hindmilk.

While there are other factors that can cause green poop, this should still be taken into consideration.

Some other causes of green stools include leafy green vegetables in your (or their) diet or the transition from milk to more solid foods, hence why I said that it shouldn’t be too much of a concern.

Luckily, this is only a cosmetic side-effect and it doesn’t affect much else with the baby’s digestion.

But, should you see your baby’s poop turn foamy or frothy, it might be an indicator that something is wrong in their bowels that’s making their digestion scrape at their inner stomach lining.

The mucus inside of the stomach creates this foam and could become a serious issue.

If you notice this, immediately contact your lactation consultant or your family doctor/pediatrician so they can provide you with further advice after making sure that is the actual cause of the issue.

It’s usually chalked up to a case of irritable bowels or a severe case of lactose intolerance which, again, should be treated properly. 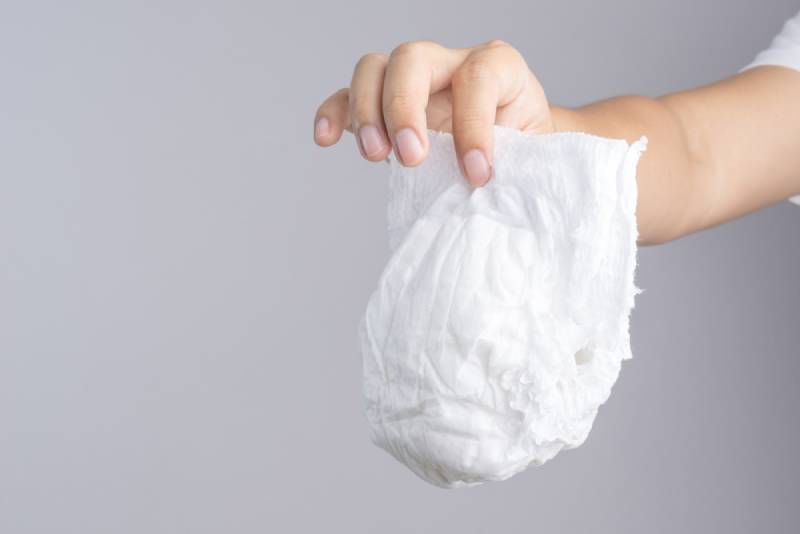 Another thing you might notice is that the baby’s stools become a lot more watery.

This is because an increase in the amount of lactose stops everything else digesting properly or it moves through the bowels too fast.

This is what leads to sudden farts followed by a bit of discharge or small bouts of diarrhea.

They’re all perfectly common reactions, especially if your child has already developed a mild case of lactose intolerance. 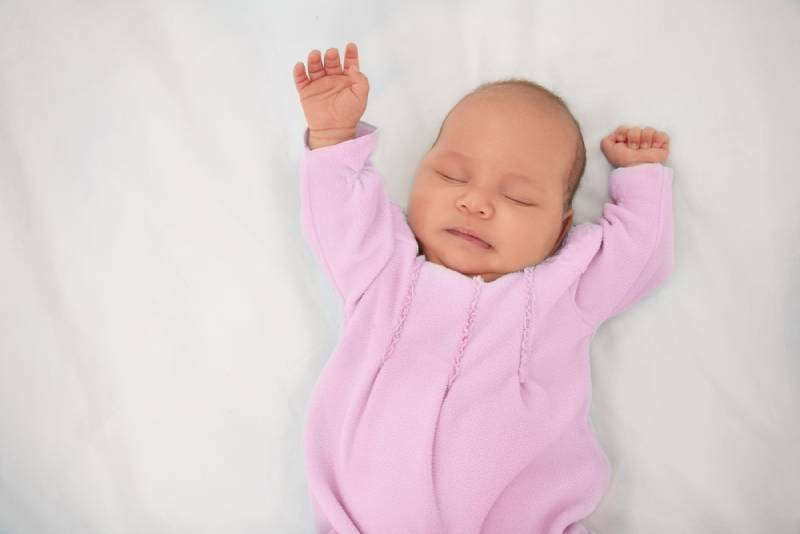 I’ve mentioned this already, but without the higher fat content of the hindmilk to help keep the baby sated, the valve on his feeding instinct won’t be tight enough and he’ll ask for more again quickly.

This will lead to episodes of rapid weight gain that could cause even more health issues for your child.

How To Notice A Foremilk/Hindmilk Imbalance 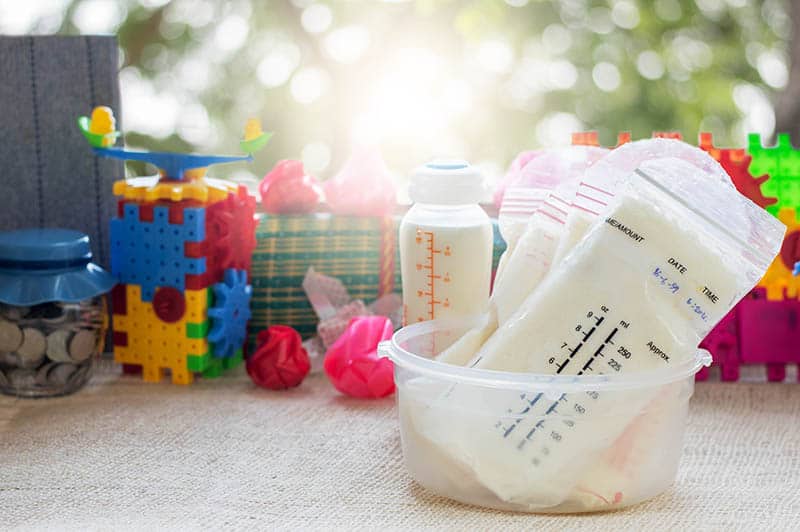 Well, given that it’s a rather uncommon condition, it doesn’t really have any better indicators than the symptoms and problems discussed above.

If you know that you’re dealing with an overabundant milk supply, your baby is also likely to be suffering from this foremilk-hindmilk imbalance.

The one other way you can tell is if your milk separates in the storage containers that you keep it in after you’ve used a breast pump.

There’s usually a clear separation between one type of milk and the other, with the lower fat breast milk falling to the bottom while the higher fat content milk, the hindmilk, rises to the top.

If the layer up top is too thin, you may be dealing with an imbalance between the two, but even that isn’t a 100% guarantee.

Your best bet if you see any combination of these signs, is to schedule an appointment with your pediatrician and have your baby checked for further symptoms and issues.

How To Solve A Foremilk/Hindmilk Imbalance

Fortunately, this issue isn’t hard to remedy and just requires an extra bit of attention.

There are 3 (or 4, depending on how you look at it) ways of dealing with this issue:

1. If you’re pumping, increase the length of your pumping sessions 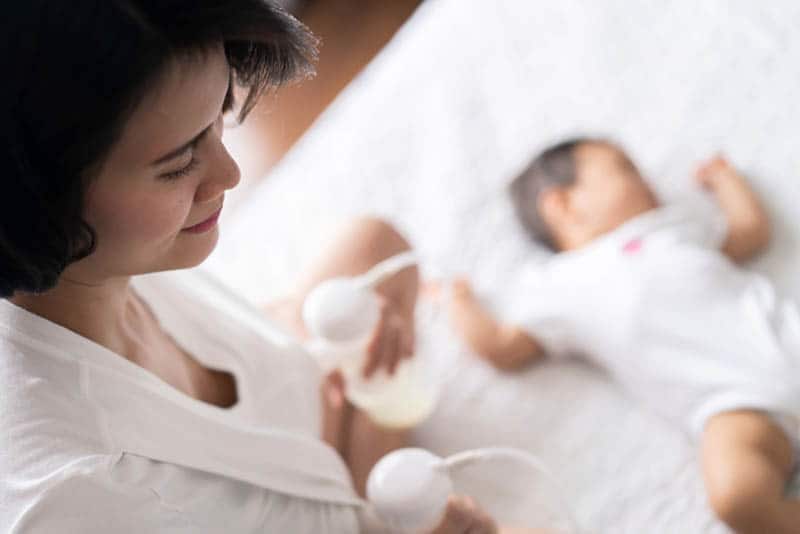 When dealing with an oversupply of milk or an imbalance between the two types of milk, your regular pumping session length might just not be cutting it as the pump isn’t getting all of the milk out.

A few extra minutes ought to suffice to ensure the pump extracts all the milk, emptying your breasts and getting to all of that precious hindmilk.

Doing it this way should guarantee a more balanced level of the two milk types and will keep your baby happily feeding on your breast milk. 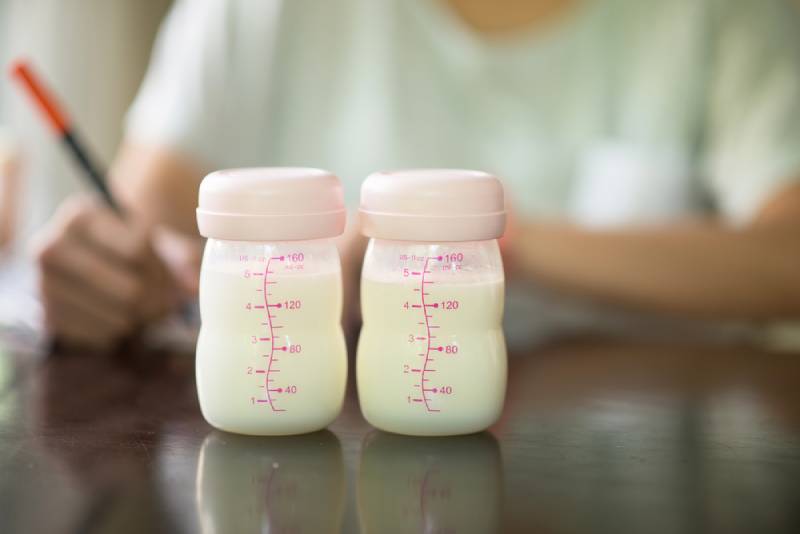 By this I mean the first few ounces of a pumping session, since they are bound to contain a lot more foremilk than hindmilk.

It’s a simple approach of just pouring a bit of the milk into a separate container or storage bag so you can have a more balanced level of the two types of milk.

You can do this if the first method didn’t work or you simply don’t have the time to spare for longer sessions.

Don’t worry though, that separated milk still has its uses. We’re not going to be throwing it away, just freezing it.

3. (and 4.) Either mix all of the milk you pump together into a pitcher or keep it in separate bottles 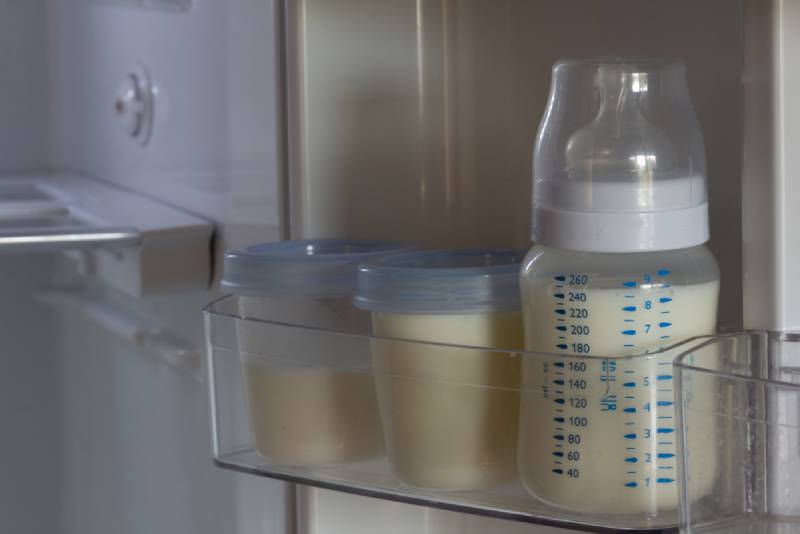 These are two methods that seem different, but barely differ. This technique works on a quantitative level.

Basically, if you keep all of the milk you pump from multiple sessions together and then separate it into smaller bottles, you’ll get a more even distribution of hindmilk and foremilk.

This will allow for more feedings without having to thaw one larger container.

On the other hand, you can just keep milk from individual sessions separate.

This is especially recommended for moms who pump less milk than is normal.

In this case, if you keep your entire session’s worth of milk in one bottle, you’ll be more likely to have the right balance contained within it.

And, hopefully, if the method works, your baby will suffer from the effects of the imbalance a lot less.

While these aren’t surefire ways of getting rid of the foremilk/hindmilk imbalance, they’re your best bet and you should experiment to see which one helps you and your little one out the most.

What works for some mammas might not work for others. The key is to be patient and understanding.

And, if you’re having trouble, you can always call your lactation consultant or pediatrician to help give further insight on the situation at hand.

What Do I Do With The Excess Foremilk From The 2nd Method? 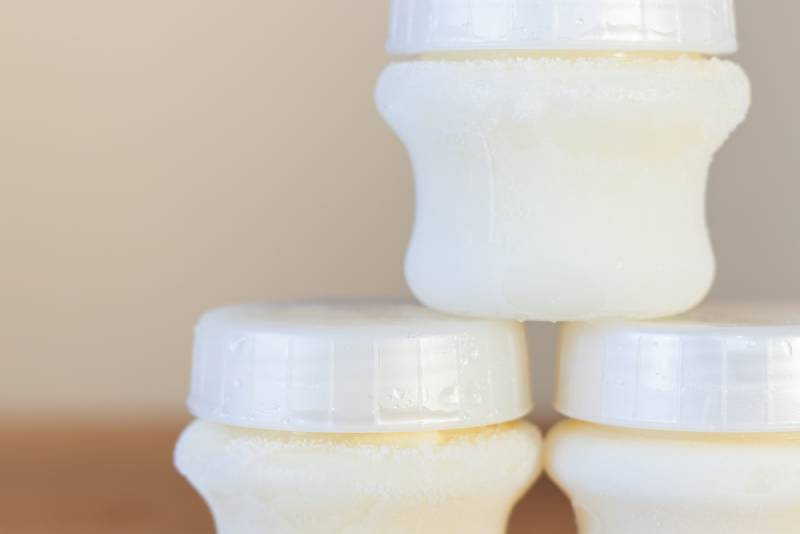 If you end up with excess foremilk, I suggest using it to draw a milk bath for your child, or you could do what I did with my breast milk and mix it into your little one’s first solid foods.

Doing that helped her transition from breast milk to solids a lot quicker and with a lot less fuss.

I suggest you do the same, but everything comes down to personal preference.

A foremilk/hindmilk imbalance can lead to a number of worrying health problems for the baby if left unchecked, but luckily, it’s a rather uncommon occurrence so you should mostly be fine.

That said, always keep an eye out for any of the potential signs of problems during your nursing sessions and contact your IBCLC or pediatrician and have them make the final judgment call.

Unlike me or anyone else on the internet, they can give you a more concrete assessment of your baby’s symptoms thanks to first-hand experience.

Just follow what they tell you to do and everything should turn out right as rain. 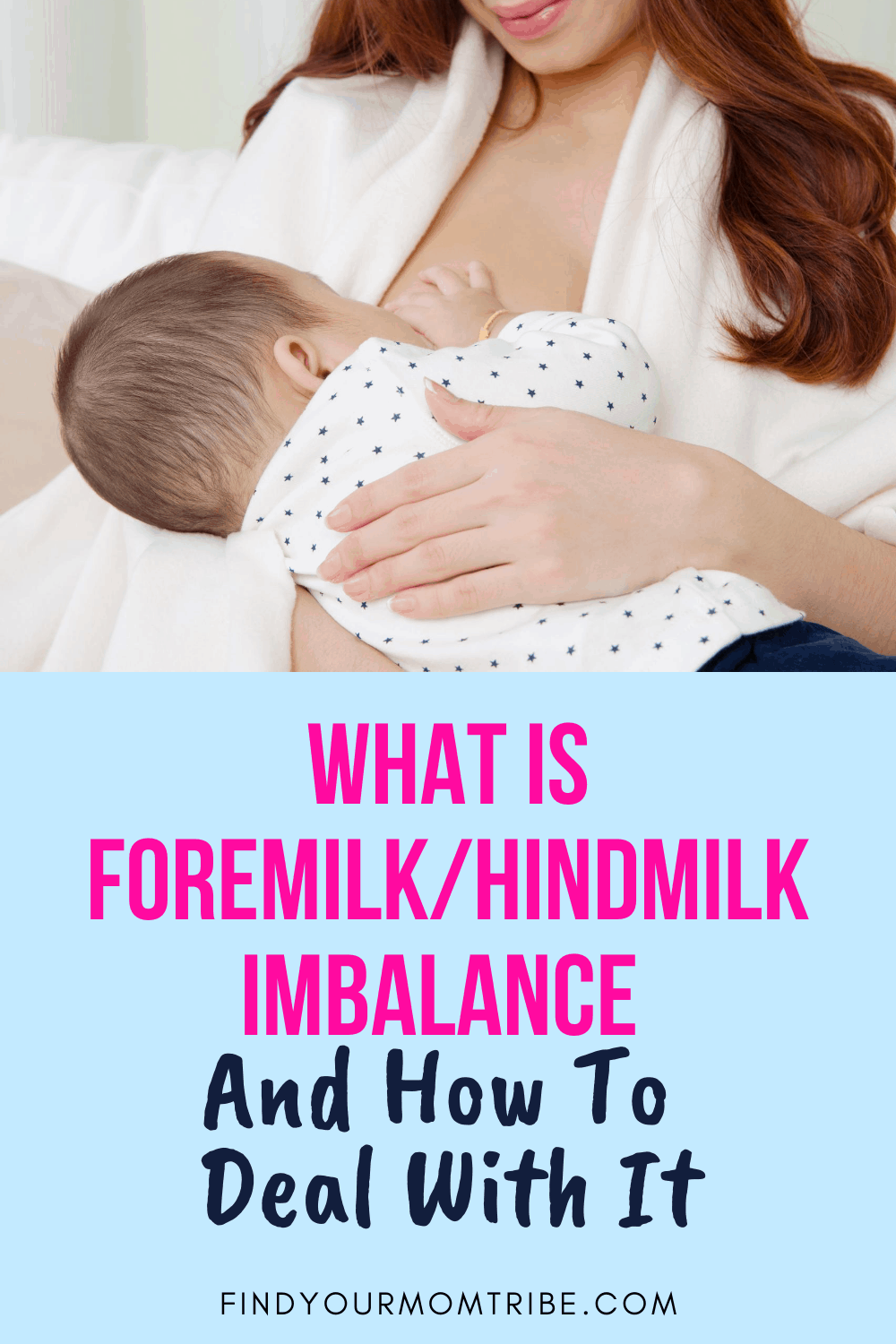