During and after pregnancy, women go through numerous changes, sometimes too many to count!

But while most of the focus is placed on the physical changes that occur, there are many psychological as well.

This is where mommy brain comes in.

If you’re feeling hazy, forgetful, or simply not like your usual self, you might have mommy brain to blame for your struggles. 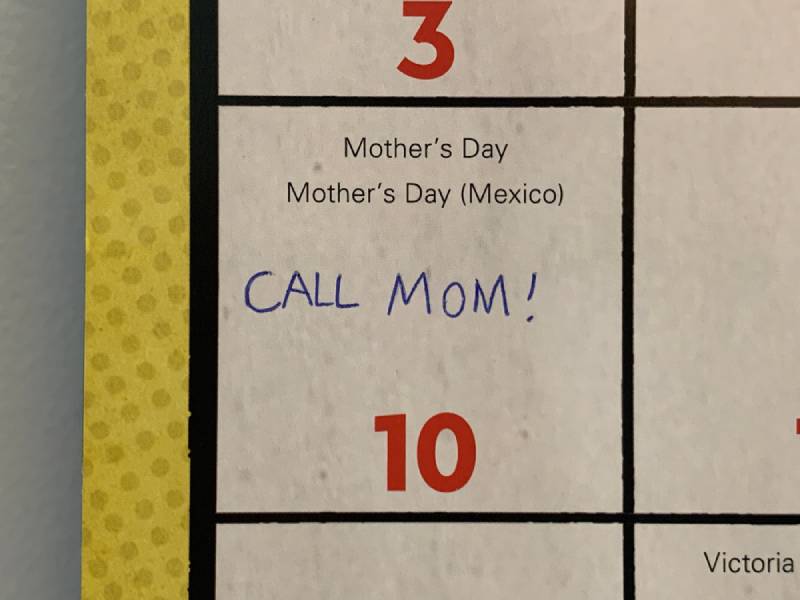 But don’t be too quick to dismiss this phenomenon as just another old wives’ tale!

In fact, researchers have been looking into it and have come up with very interesting results!

For example, pregnant women and those who have just given birth might have trouble remembering information that had been presented to them verbally.

Plus, there are also some very interesting changes to gray matter, which can contribute to why you’ve been feeling so forgetful these days.

Keep reading to find out just what this phenomenon is, how it affects you, and what you can do to combat it!

What are the symptoms of mom brain?

Pregnant women experience so many hormonal changes that have an effect on their everyday life and mental health.

We have all – whether directly or through a loved one – become well acquainted with the emotional consequences of pregnancy.

Besides, we’ve all seen movies and TV shows where pregnant ladies are portrayed as being overly emotional, moody, and having all these crazy food cravings.

Sometimes these portrayals can be over the top, but there’s no denying that pregnancy is an emotional time, and there’s nothing wrong about that!

That being said, the postpartum period can bring challenges of its own.

Many women suffer from postpartum anxiety and depression, which can take a significant toll on new mamas unless it’s recognized and treated on time.

But a slightly lesser known consequence of the postpartum brain is known as mommy brain, and one of its key symptoms is forgetfulness.

Sure, we all have our moments when we accidentally forget our wallet at home or forget to reply to an important text – these things happen. 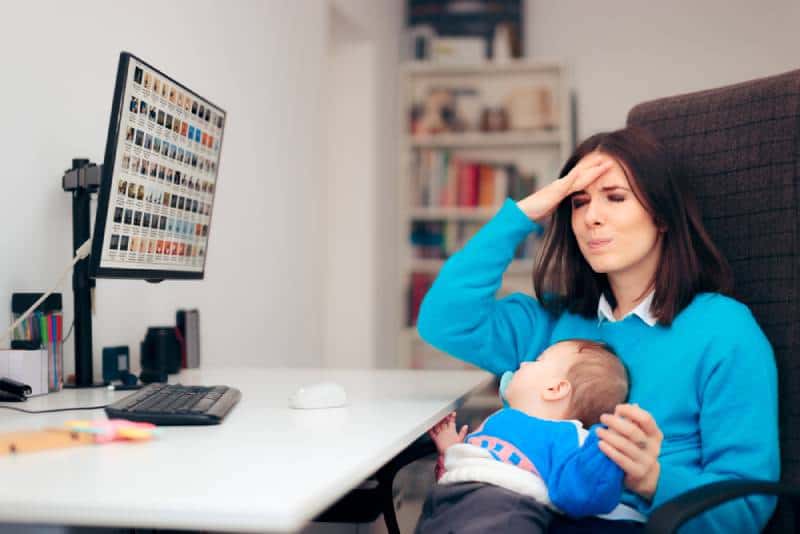 But if you begin to notice that this forgetfulness is getting out of hand and occurs much more frequently than before your baby arrived, you have probably got a case of mother’s brain.

Even if pre-pregnancy you were the type of person to never forget anything, you might find yourself becoming increasingly forgetful.

For a number of women, this can be very upsetting as it can cause them to feel like they’re not being their usual selves and that something is wrong with them.

Another symptom might manifest itself as losing focus or feeling scatterbrained.

Moms might notice this type of brain fog especially if they go back to work and find themselves struggling to keep up with tasks they used to breeze through before they went on maternity leave.

You might also be experiencing mood swings in various forms.

I know many moms who wouldn’t exactly describe themselves as being emotional pre-pregnancy, only for everything to change after the arrival of their little one.

Now, everything and anything – from a cheezy commercial to seeing another baby at the grocery store – can bring tears to their eyes.

How is a mother’s brain affected?

New moms experiencing mommy brain for the first time are naturally curious about all the ways in which it can affect them and what causes it in the first place.

Luckily, researchers have been tackling this topic in order to get to the bottom of this phenomenon.

From a psychological point of view, data has shown that new mothers undergo some cognitive changes even in pregnancy.

They discovered that their verbal memory was negatively affected and so was their mood.

But even more interesting are the conclusions that were reached by researchers in a 2016 study called “Pregnancy leads to long-lasting changes in human brain structure” (E. Hoekzema et al.)

They discovered that pregnancy actually decreased the volume of gray matter in the brains of mothers.

If you’re not an expert neuroscientist, however, you’re probably wondering what gray matter does in the brain and how it can affect new mothers.

Well, it’s not surprising that gray matter is actually responsible for your memory, so if you’ve been feeling extra forgetful lately, you have gray matter to blame.

It’s also in charge of your decision-making process, emotions, and helps you remain in control of yourself.

This is why you can hear from so many new moms how they have been feeling overly emotional and how things that never affected them before can now make them cry at the drop of a hat.

But the findings don’t end here! A 2010 study “The plasticity of human maternal brain: Longitudinal changes in brain anatomy during the early postpartum period” (P. Kim et al.) was able to show that there are some parts of the brain that grow in size during pregnancy.

The researchers in this study found that the gray matter in some areas of the brain had actually increased.

The growth in these areas, such as the midbrain, is related to the mom’s loving perception of her little one, so it’s clear that even the brain adapts to help a mom connect with her baby.

In a way, this is something that should be expected – caring for a baby requires a lot of energy and effort, and it would be much harder to do if we weren’t supported by all the different changes taking place inside our bodies.

In this process, it’s not surprising that the brain stops prioritizing having good memory or being able to control our emotions.

In another study from 2010, “Giving birth to a new brain: Hormone exposures of pregnancy influence human memory,” Laura Glynn found other kinds of interesting results when it comes to what’s known as “verbal recall memory.”

This type of memory is responsible for how well we can remember information that someone else has told us or that we heard verbally, such as a short story.

And in pregnant women, verbal recall memory was shown to decline, and this continued even after the baby was born.

So the next time someone tells you an important piece of information, make sure to write it down right away – you’re more likely to forget it if you don’t!

In addition, researchers suggest that the weaker performance of verbal recall memory could also be connected to the woman’s brain changing itself to prepare for the baby’s arrival and as a result, verbal memory doesn’t get as much attention as usual.

How can you deal with it?

Whenever we’re dealing with a condition of sorts, no matter how serious it is, we naturally want to know what we can do to fix it.

Unfortunately, there is no magic pill to help your post-pregnancy brain go back to its regular sharpness, but getting enough sleep will get you back on track sooner rather than later.

Sleep deprivation can really do a number on how you feel during the day and could be one of the key culprits behind your “new brain.”

Of course, I know that this is easier said than done, especially with a new baby, but this might mean prioritizing your sleep from time to time – maybe a family member can look after the baby while you take a nap?

Another way of tackling this issue is to come up with effective strategies to help you remember things.

In this case, your smartphone could be a great ally as you can type reminders into a notes app or even create them in your calendar.

Carrying post-it notes in your purse along with a pen is also useful, especially if writing things down makes it less likely for you to forget. 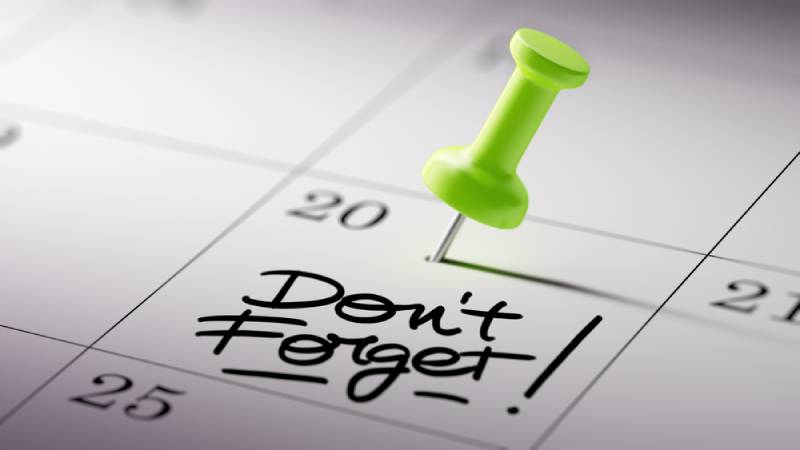 But after you write things down, make sure to put the post-it somewhere where you know you will find it again, such as your wallet, for instance.

If you’ve been forgetting your keys, getting a couple of big and flashy keychains could help you notice them before you have a chance to forget them.

It’s also useful to put together a checklist (again, you can use the notes app on your phone) of things you absolutely need before leaving the house, and take a look at it before you leave to make sure you have everything with you.

Alternatively, consider paying a visit to your doctor to discuss your symptoms and inquire if there are any dietary supplements you could start that could help you feel more clear-headed during the day.

For example, there are many postpartum supplements that can positively influence your energy levels, and when you have more energy, you’ll be more focused and less likely to have important things slip you by.

It’s all about testing different strategies and tweaking your daily routine to adjust to your new normal, so it might take some time for you to feel like things are back on track!

All that matters is to stay patient with yourself.

How long will it last?

If you feel like you’re dealing with a bad case of mom brain fog, you probably want to know when you can expect things to go back to how they were for your pre-pregnancy self.

When it comes to gray matter going back to normal, the 2016 study I mentioned above actually discovered that these changes to the brain lasted for a minimum of 2 years!

This might be longer than you expected, but it’s important to remember that pregnancy will bring some permanent changes to your body.

RELATED: Life After Pregnancy: What To Expect From Your Postpartum Body 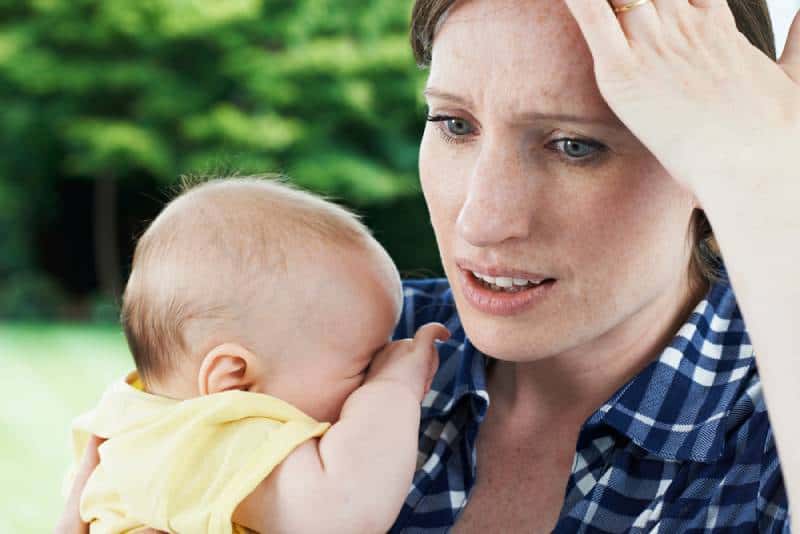 So, in comparison, 2 years isn’t too long.

But I always tell moms not to fall into the trap of the self-fulfilling prophecy.

By this, I mean that you should avoid thinking about how you’re forgetful all the time because you might just find that you’re tricking yourself into acting that way.

In fact, keeping things moving without paying too much attention to your “mom fog” is probably the best way to avoid a placebo effect!

Even though first-time dads aren’t nearly as affected by pregnancy as moms are, they also go through some interesting hormonal changes after the baby arrives.

A 2011 study “Longitudinal evidence that fatherhood decreases testosterone in human males” (L. T. Gettler et al.) proved just what the title suggests – that the arrival of their baby decreased the father’s testosterone levels. 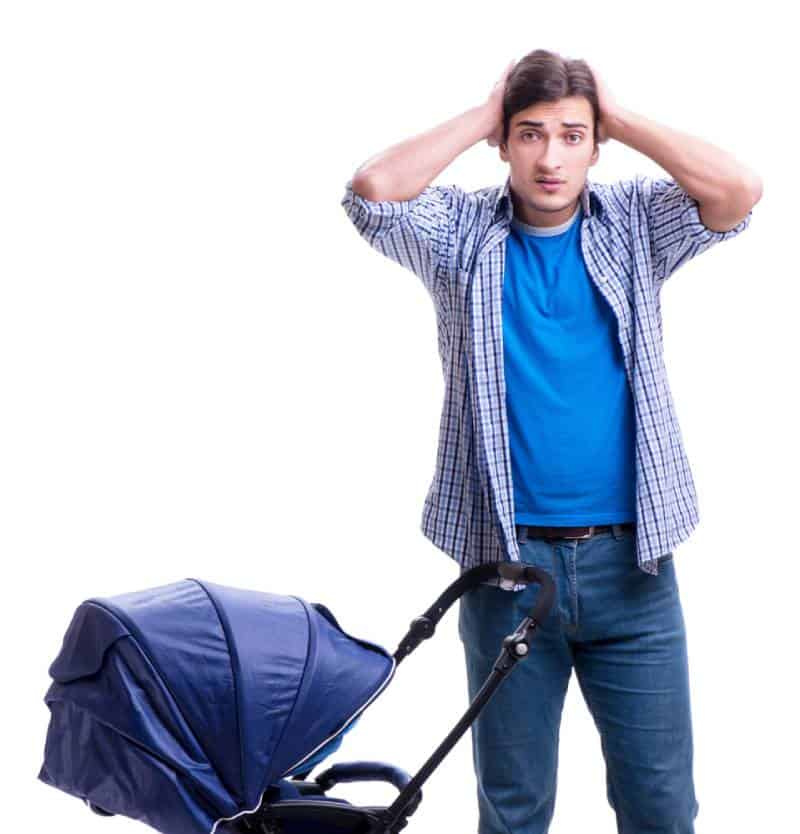 What’s more, dads who are actively involved in raising and taking care of their little one had lower testosterone levels than dads who weren’t involved.

So, as you try to come to terms with your new normal, it might make it easier to remember that your husband is probably going through some changes of his own!

Parenthood, and especially motherhood, can sometimes feel like a roller coaster – just when you thought you had been through all the twists and turns, something else pops up to surprise you.

Mommy brain is definitely a part of that roller coaster ride and many new moms aren’t even aware of what to expect before they find themselves struggling with forgetfulness or brain fog.

Recent research by neuroscientists has definitely proved that mom brain is by no means a myth or exaggeration.

In fact, a mother’s brain goes through numerous changes as it prepares for the baby to arrive.

This preparation naturally comes at a cost – whether it’s worse memory, mood swings, or feeling scatterbrained and hazy.

That being said, I’m sure every mom would agree that their precious bundle of joy is worth every minute of it! 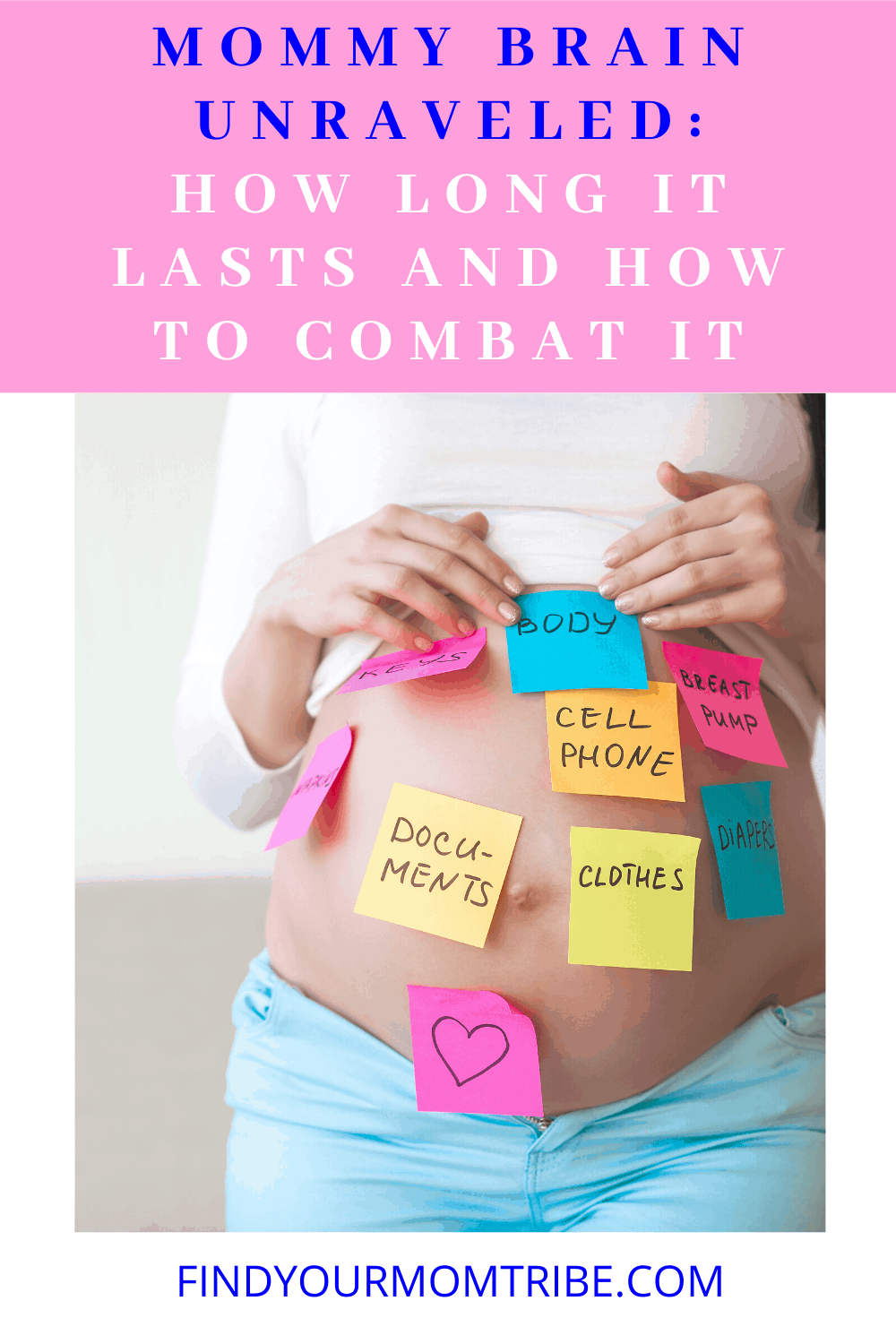