In the first few months of pregnancy (the first trimester), it’s impossible to know your baby’s gender, but old wives’ tales about pregnancy claim differently.

Sure, some of the predictions are downright ridiculous, but some will make you stop and wonder.

Whether it’s coincidence or not, it’s fun to think that there might be a possibility of guessing whether you’re having a boy or a girl before the doctor tells you. You’ve got baby names to think about!

On the other hand, some pregnant women don’t need any predictions or instructions to know if they are carrying a baby girl or a baby boy.

In these cases, the woman’s intuition is stronger than any tale you might find. How that’s possible is difficult to explain.

It’s a feeling that only a future mother can project. Even she doesn’t understand how she knows – she just knows.

Check out all of the old wives’ tales – from hilarious ones to surprisingly true ones – and try to guess the gender of your unborn child before your doctor tells you.

Alternatively, if you want to keep the baby’s gender a secret until the due date, you can still secretly guess on the basis of the tales who you’re welcoming to the world.

While I’m presenting the interesting tales about pregnancy I’ve found, I’ll also be sharing my experience and telling you which of them were true for me and which not. 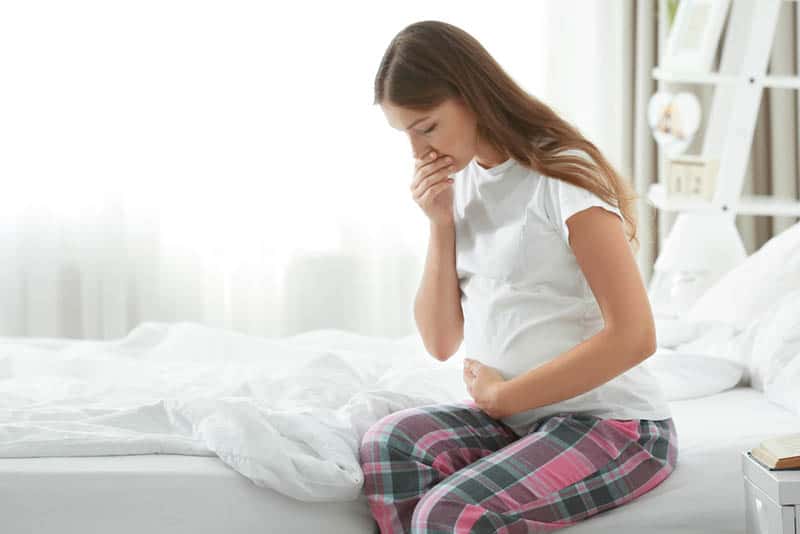 This old wives’ tale states that if you’re having morning sickness, you’re definitely expecting a girl.

From the medical point of view, it’s possible that the hormones are elevated when a woman is carrying a female child, which leads to increased sickness and vomiting.

Although this doesn’t have to be true, there are some studies in Sweden which showed that 56% of women who have had serious sickness in the first few weeks of being pregnant, gave birth to girls.

And conversely, if you’re not feeling nauseated, you’re having a boy.

This symptom is not taken that seriously because it usually doesn’t last for that long – only the first 8 to 10 weeks of the pregnancy.

In my case, I never had nausea of any kind at the beginning of my pregnancy and I gave birth to a boy.

On the other hand, my friend was sick the whole first trimester and she also gave birth to a baby boy.

RELATED: Pregnancy Nausea Explained: When Does Morning Sickness Go Away? 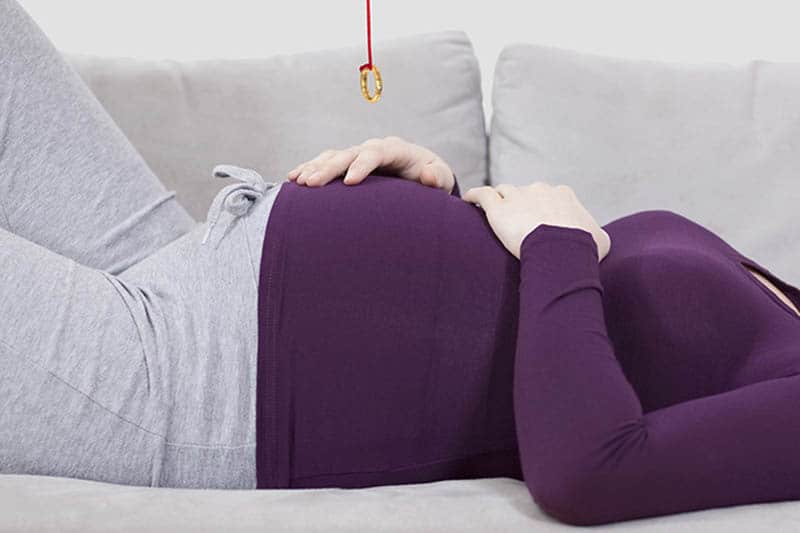 This one is pretty simple and rather funny, too.

For this test, all you’re going to need is your wedding ring, or any ring, and a piece of string.

Place the ring above your belly and dangle it in whatever direction feels natural. If the ring swings in circles, you’re having a girl.

If it moves to the right and left, then you’re having a boy.

According to Whattoexpect, there was a study conducted by John Hopkins Bloomberg School of Public Health in 1999 where 104 women were tested to use this method and 55 percent of mom gender predictions turned out to be true.

To be honest, I never knew this method existed and I’m a bit of a skeptic when it comes to using it, because I really think it’s pure luck and nothing more. 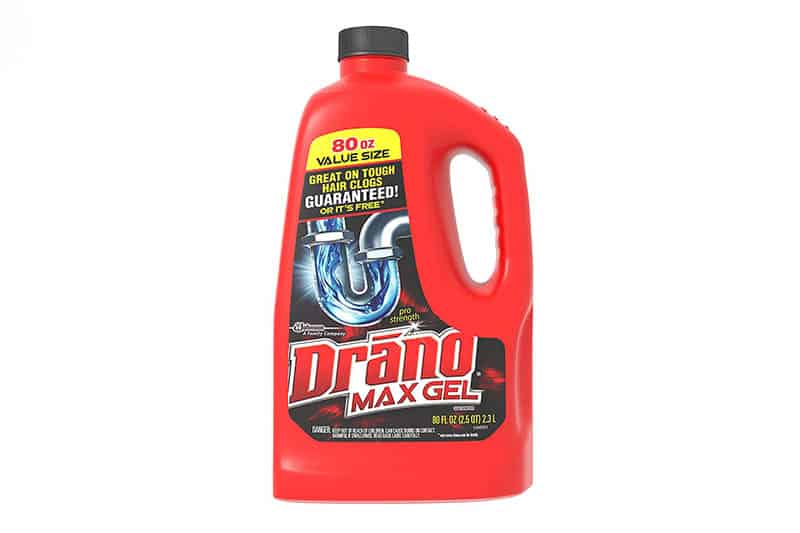 The legend says that a woman should mix her urine with Drano and the resulting color predicts the sex of her baby.

Regarding science, this method has been rejected because it’s never been scientifically proven that this test works.

Mind you, if you really want to try it, here’s how you should do it. Use protection for your eyes and your hands.

You’ll need a fresh sample of your urine and Drano crystals.

Take a few tablespoons of Drano, put it in a container, and pour the urine over it.

I personally suggest you skip this test altogether because it really has no scientific stronghold and is definitely nothing more than one of those old wives’ tales about pregnancy. 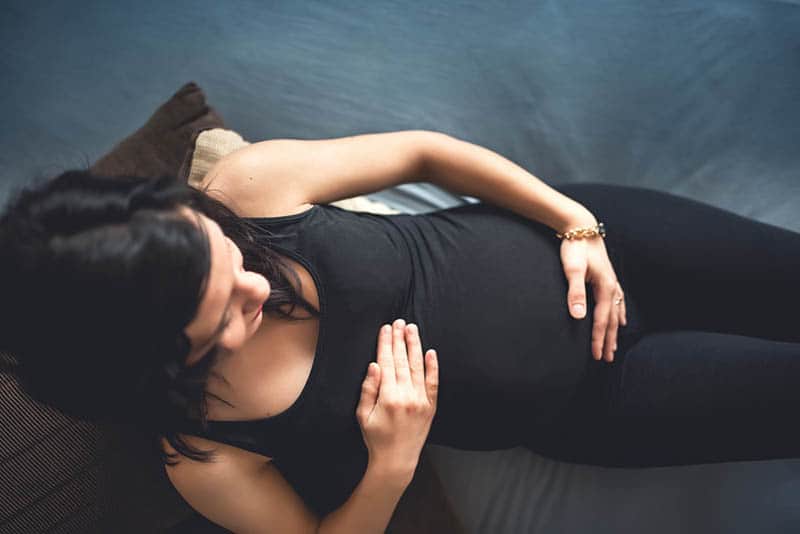 It is said that if you have heartburn during your pregnancy, your baby will be born with a lot of hair.

Somehow, if you listen to old wives’ tales, this also means you’re going to have a baby girl.

This theory is true on one hand and completely false on the other.

New York Times published an article mentioning researchers at John Hopkins University who’ve been conducting a survey which confirmed that heartburn indeed is caused because the mother is carrying a baby with thick hair.

So, this tale has actually been scientifically proven.

To automatically assume that if the baby has hair, it’s a girl – well, that’s just ridiculous.

I’ve known so many women who have given birth to beautiful girls who had thin hair up until they were two or even three.

As far as my experience is concerned, I had terrible heartburn and my baby boy was born with a full head of hair. 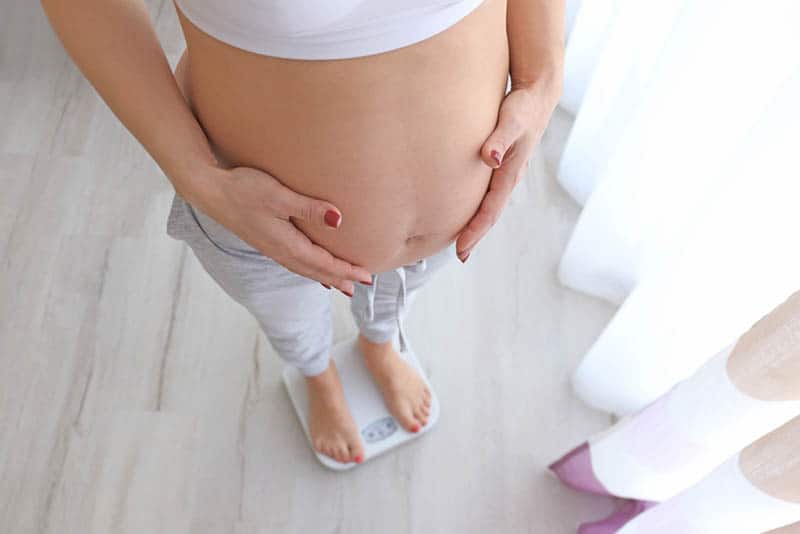 According to wives’ tales, this gender prediction is pretty simple. If you gain weight at the beginning of your pregnancy, it’s definitely a boy.

If you’re picking up the pounds later on, then it means you’re going to give birth to a girl. The trick with gaining weight doesn’t end there.

If your face gets fuller, then you’re having a girl. In addition to this, there is a phenomenon called “sympathy weight.”

If your partner is gaining weight along your side, that’s probably a sign that you are pregnant with a female child.

Well, all I have to say is that I gained a lot of weight because I ate everything that was in front of me.

I’m of the opinion that weight gain has nothing to do with the sex of your baby. But, who knows, maybe you’ll have a different experience. 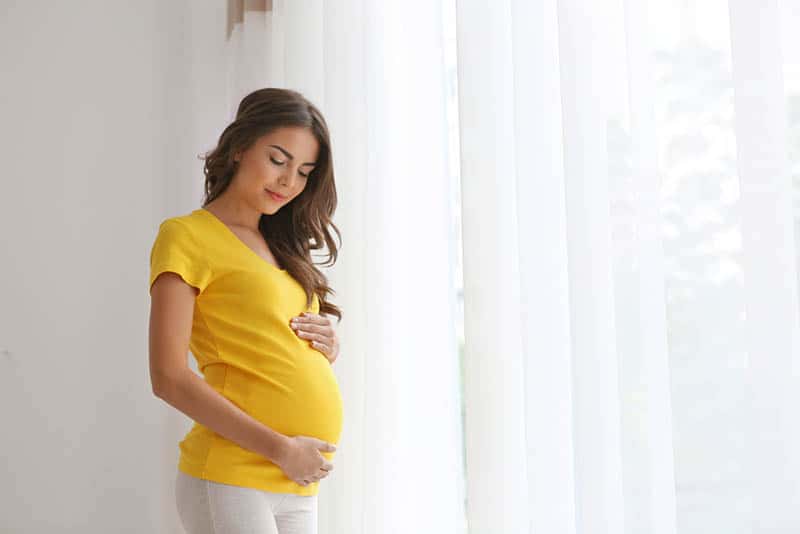 It’s safe to say that this wives’ tale is the most popular one you will ever hear. You’ve probably already heard this a lot.

What does carrying low or high actually mean?

It’s determined by the position of your uterus. If you’re carrying high, it means that your pregnant belly is high in your abdomen, right beneath the breasts.

If you’re carrying low, your belly is closer to the pelvis.

According to health.howstuffworks whether you’re carrying high or low is not a reliable gender predictor.

Women with firmer abdominal muscles are going to carry higher, depending on physical readiness and age.

I must say that this old tale is not as crazy as it sounds. I was carrying low and it turned out to be a boy, like a lot of other women I’ve known. 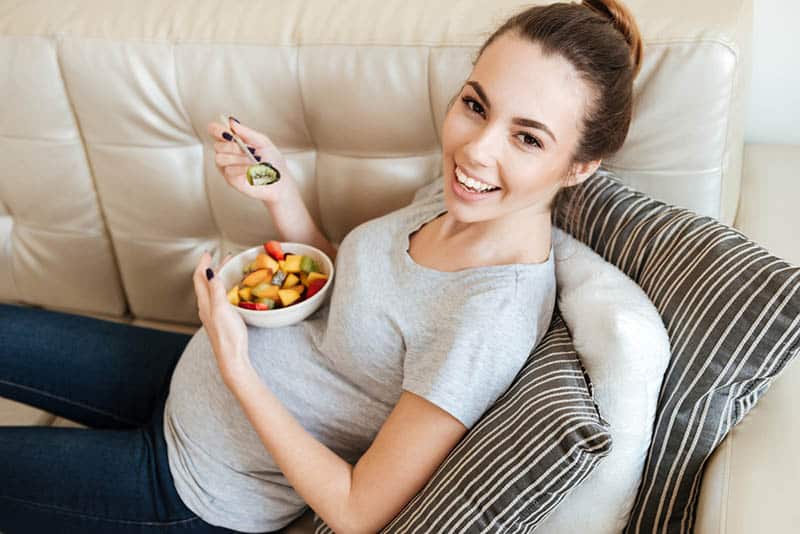 It is said that if you crave sweet things like sugar or fruit, especially citruses, you’re going to have a little girl.

On the contrary, if you crave salty and sour food, a little boy is going to make you the happiest woman alive.

While this theory is incredibly interesting, Enfagrow claims differently.

They say there is absolutely no connection between baby gender and food cravings. There is no scientific survey or research that has even proven that.

From personal experience, when I was pregnant, I had such a craving for sour food, especially pickles, and olives (salty foods on occasion).

I would eat them in abnormal quantities and the result of my pregnancy was a beautiful boy. So, I believe this tale to be true.

When you really think about it, it makes sense, and on the plus side, no scientific theory has ever said for sure that food cravings and gender have nothing to do with each other.

They only haven’t proven the connection. 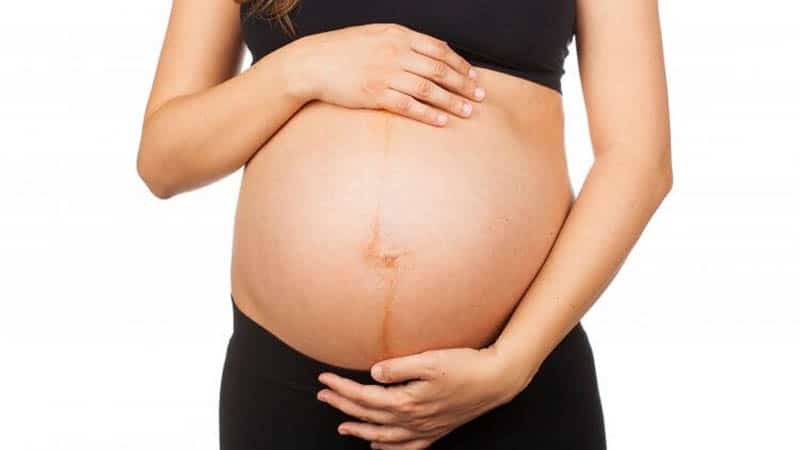 It’s a line that forms in the second trimester of your pregnancy. It goes from your belly button straight down to your pelvis.

Linea nigra is one centimeter wide and its darkness depends on the skin tone of the pregnant woman. If you’re dark-skinned, the line will be darker and vice versa.

The old wives tale about linea nigra is: if your line goes up straight to your belly button and ends below it, you’re having a girl.

If it continues beyond the belly button, then you’re having a boy.

According to Daniel Roshan, MD FACOG, FAC, an Ob/Gyn in New York City, it is not scientifically proven that linea nigra has any connection to baby gender.

According to science, the dark line is just a normal pregnancy-related skin change.

From my experience, linea nigra has proved to be right. It ended beyond the navel which means having a boy.
Coincidence? 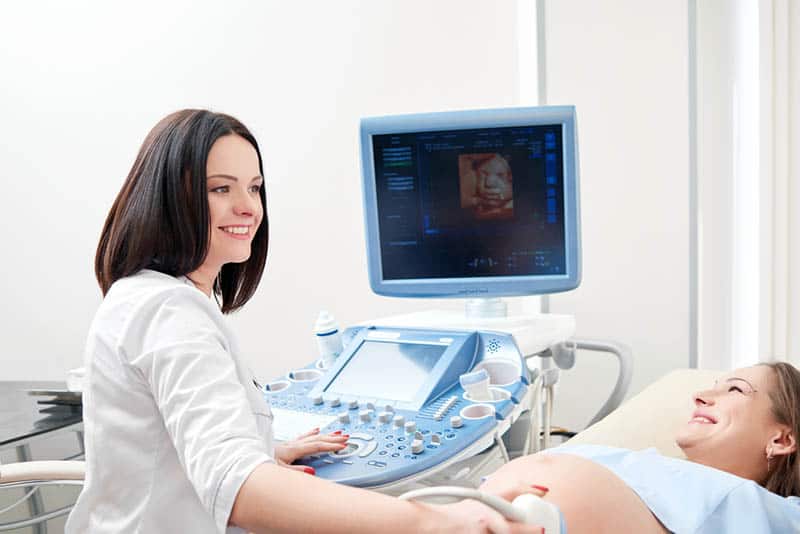 This old tale says that baby girls have faster heartbeats than baby boys. Only there is one thing you have to take into account.

You have to measure your baby’s heart rate in the second trimester and not first, because boys have higher bpm in the first trimester.

If the heart is beating faster than 140 bpm, you’re having a girl, and if it’s slower, then it’s a boy.

According to science, this statement is completely untrue.

In a study published by Fetal Diagnosis and Therapy, researchers examined 966 sonograms for women up to 14 weeks of pregnancy.

They did the same thing again in the second trimester. Only 477 women went through with the research and the results were pretty inconclusive.

This clearly means the myth is not true, even if the difference in heart rates is minimal.

As for me, I’d never even heard this myth, so I never tried it (not that it would prove anything if I did). 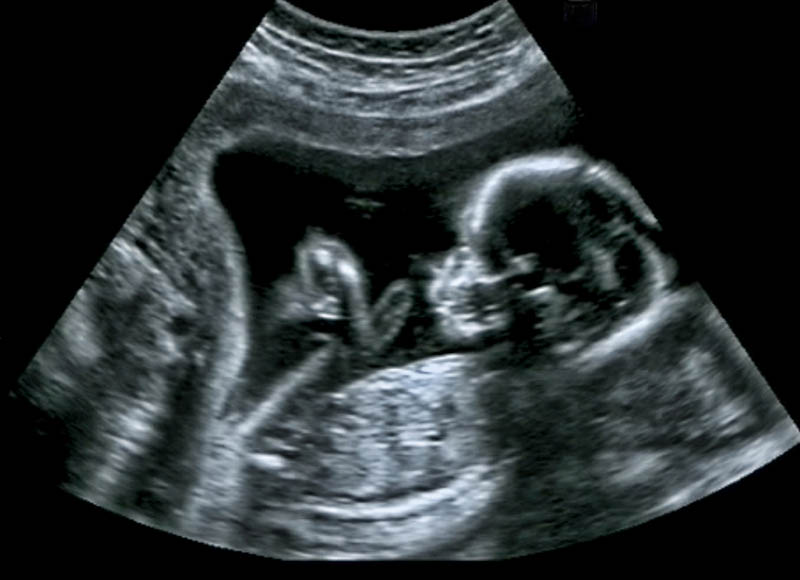 It is said to be accurate in 95% of the cases. The Ramzi theory is pretty simple. By just checking at the image of the early ultrasound, you can guess the baby’s gender.

If the baby has attached to the left side of the uterus, it means it’s a girl, and if it’s on the right side, it’s a boy.

Although the actual experience of a lot of women proves this theory to be true, it was never scientifically proven.

I can join that 95 % of women who were proven right using the Ramzi method because this theory was also accurate in my case. 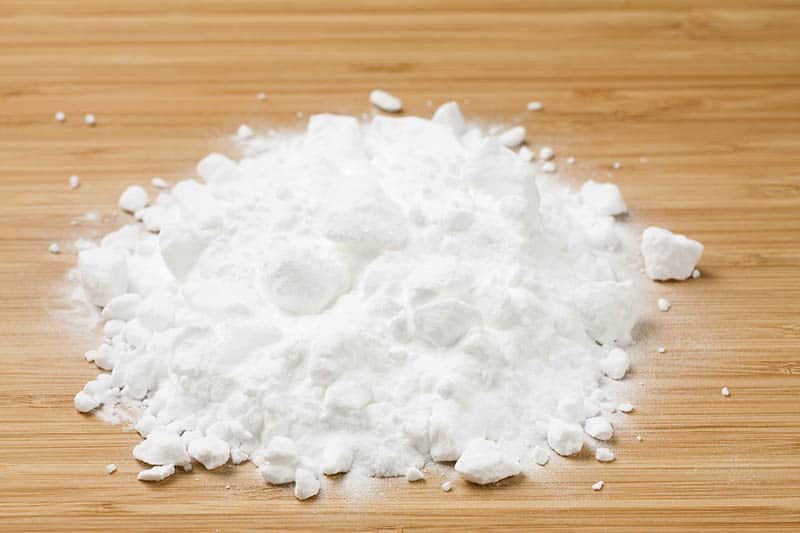 This old wives’ tale is accurate only 50% of the time. It’s as reliable as a coin flip. Nevertheless, it’s a method we must take into consideration.

To perform this test, you’ll need one clean container to collect urine.

Put an equal amount of baking soda into the container and if the urine fizzes, you’re going to give birth to a boy.

Science has never confirmed this theory. It’s true that urine can react with baking soda because of its pH, but the pH and the gender were never proved to be connected.

Your urine will fizz or not fizz depending on pH levels, which can be influenced by a great number of factors.

The chart works pretty simply, but I personally never tried it. In one column, you choose the year of conception – how old you were when you got pregnant.

In the other column, choose the month of conception – which month you conceived. Where those two meet on the chart, that’s the gender of your baby.

This chart goes back a few centuries and it has a long history, but science doesn’t support it.

The point is, whether these tales are true or not, it’s fun to at least engage yourself in trying to guess the gender of your baby before he or she is born. 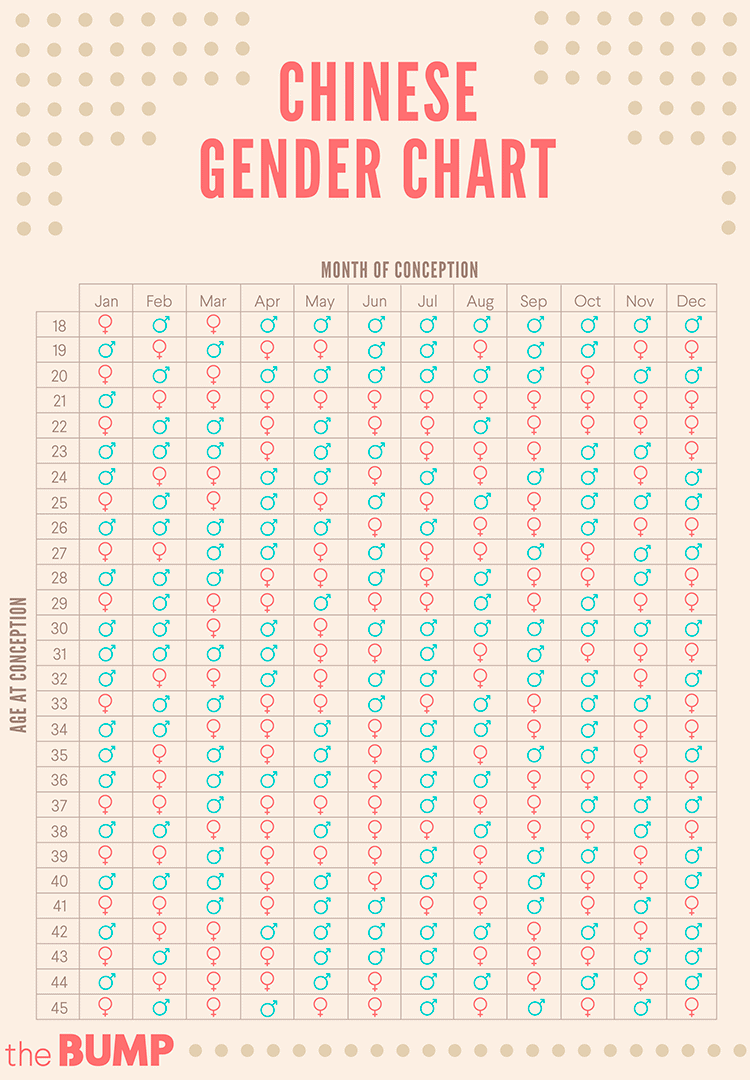 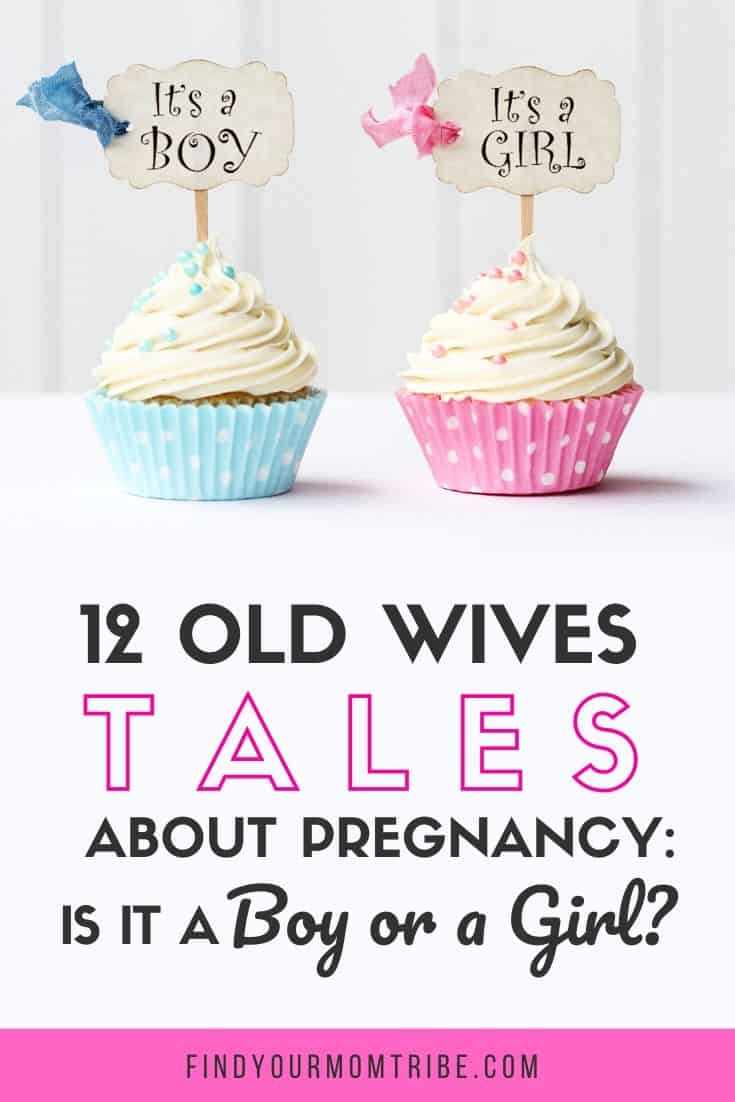