I guess you all have heard about different parenting styles. Except for the standard ones, I’ve stumbled upon yet another one – Montessori Parenting.

So, what does this “new” style entail, you may ask?

Montessori parenting is a more laid back style of parenting where your child is given more freedom to explore their desires and less punishment in doing something wrong.

It’s based on a method of education established by the late Maria Montessori a whopping 100 years ago. 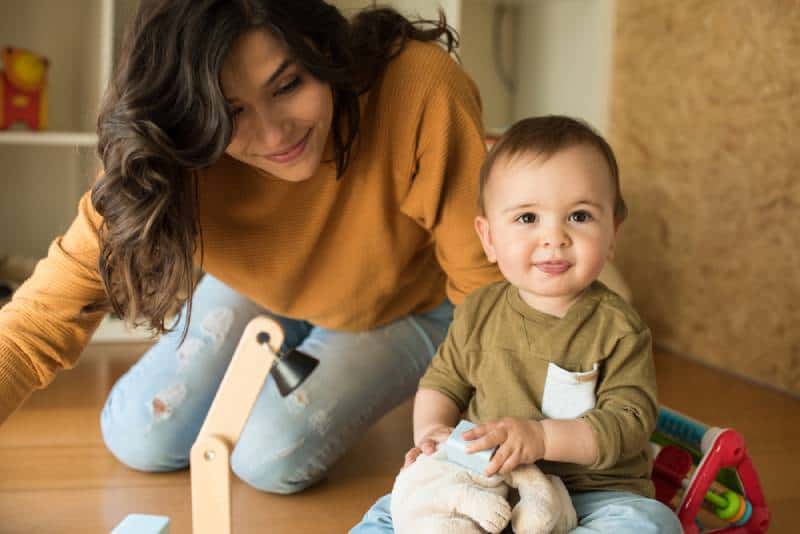 The method relies on letting children learn at their own pace while enabling their education through practical play and providing the means to do so through specially equipped Montessori classrooms.

While the method itself is a century old, it hasn’t seen widespread application in parenting up until the 21st century.

Through the help of specially-trained Montessori teachers, children get to grow a sense of self-worth and self-confidence much quicker than through normal teaching methods as they are treated with respect rather than looked down upon.

But how does this apply to your household?

Applying the Montessori method to parenting

Well, it isn’t as complicated as you might think.

Dr. Montessori’s method is a spin on the authoritative (democratic) parenting method, except a bit more loose as far as rules are concerned (but not as loose as indulgent parenting style).

I do have to admit it is quite odd, but it apparently manages to put results out, and it can be applied from when your little ones are barely a year old to even older children of up to 15 years of age. 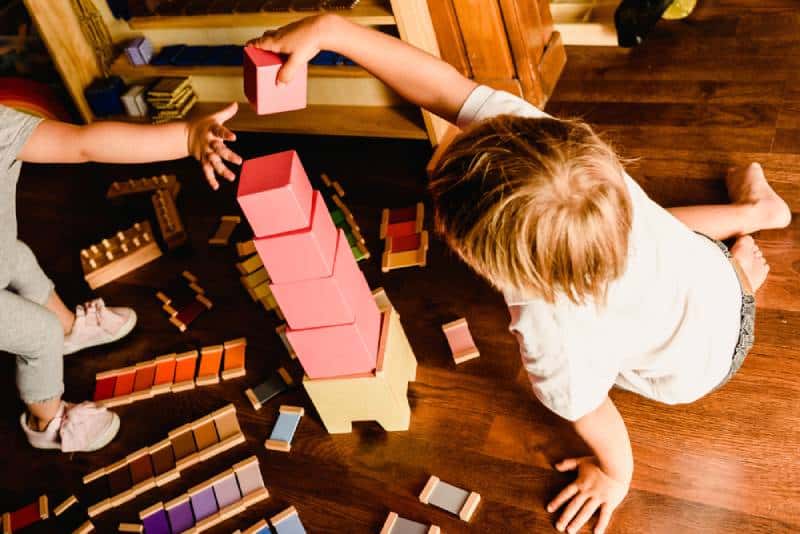 I hadn’t really heard about this method up until recently, so it might be a bit late for my kids – at least in the early aspects – but I will see if I can adapt some of the Montessori philosophy to my own parenting style.

With that said, here are a few parenting tips that I believe summarize the Montessori principles in their best light:

One of the ideas in parenting the Montessori toddler is, as I’ve said earlier, to show them a level of respect.

It doesn’t have to be quite the amount that you show to your peers or elders, but enough that they know they matter.

This means listening to their opinions and working your schedule around your little ones’ needs.

This respect means that you shouldn’t just give out blank words like “Mommy’s busy, sweetie,” and similar, while ignoring them in the end, but returning to their question or plea after you are finished in a nice and polite manner. 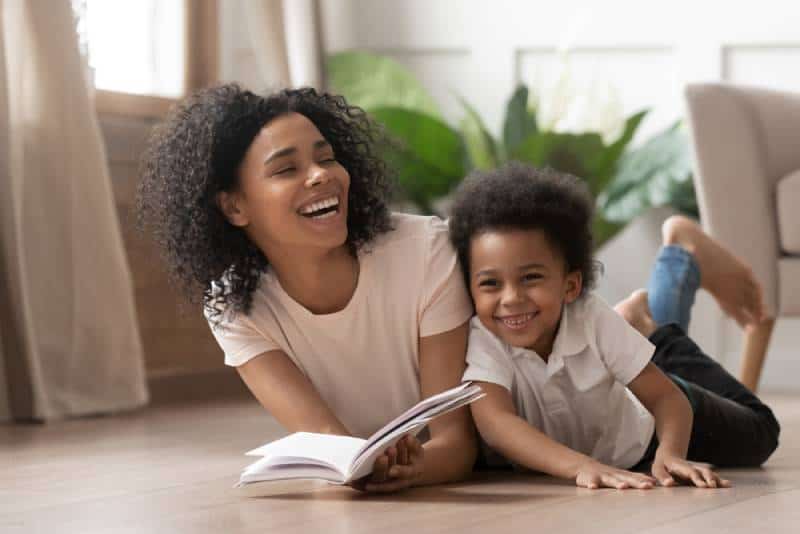 And talking down means babying them. The Montessori method prefers to stick to using complex words during conversation regardless of the child’s age.

This lets children start absorbing the words and learning the language faster, helping them adapt to the tougher subject at school quicker by enriching their vocabularies through understanding the definitions via visual cues and context that you would provide when using these big new terms.

2. Plenty of space, with loose boundaries

Dr. Montessori suggests just letting the kids explore by themselves within the loose boundaries that you set, letting them develop initiative and learn through playing and exploring their environment.

This isn’t just limited to your home, but any outside area you take your kid to. 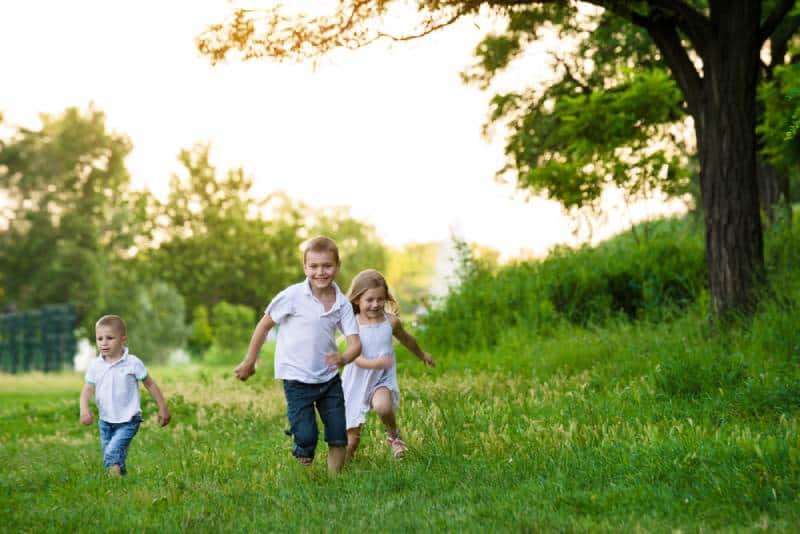 Let them have their fun and exercise, their freedom of movement, but show them what not to do then let them go off and explore what they can accomplish themselves.

Just make sure to keep an eye on them.

You still don’t want them going anywhere unsafe, and we all know boundaries aren’t something young children will always respect, no matter how well they’re raised.

3. Adapting your home to fit your Montessori children

One of the more important things of the Montessori approach during a child’s development is developing their autonomy.

Kids like imitating what their parents do, so try making it easier for them by forming your household into the ideal Montessori home.

This is evident in the Montessori classrooms as they are equipped with a lot of things that can be used independently to help the growth of some important skills during child development.

What does this mean?

Well, it means letting them do as much as they can by themselves.

You want your kids to start learning how to dress themselves?

Get them a small cupboard or wardrobe that they can reach and let them pick their clothes out.

While it might not be the trendiest of designs, they will feel satisfied that they have managed to do it all on their own. 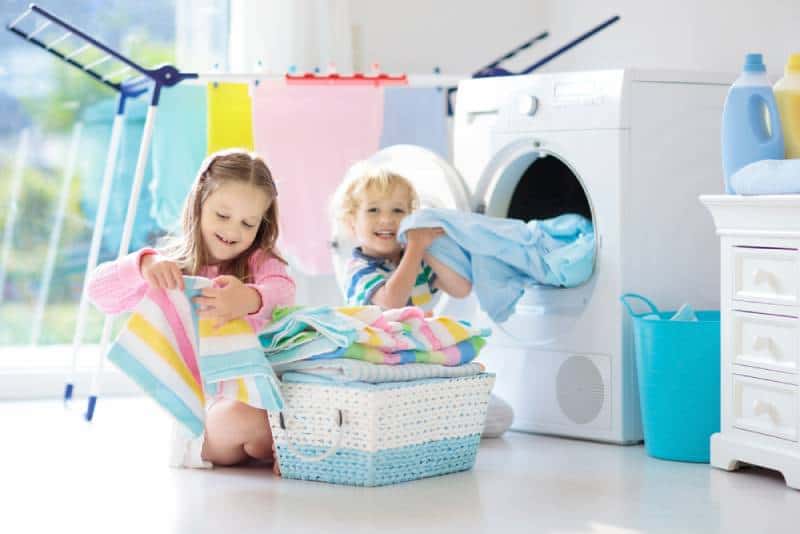 Something as simple as a smaller version of your own seat or a small shelf and table so they can eat with you without having to be brought up onto the big chair with your help.

Include them in your activities.

Let them read with you, play, or even do chores with you; that way they learn responsibility while staying close to their parents.

A friendlier home environment means a more modern parenting and a breeding ground for creative ideas and more freedom in their everyday life.

4. Teaching them about cause and effect at an early age

Allowing them to spread out on their own (in a sense) early allows them to better understand a mistake that they make since they will know that it was mostly made of their own accord.

I say mistakes, but it’s more like wrong choices. 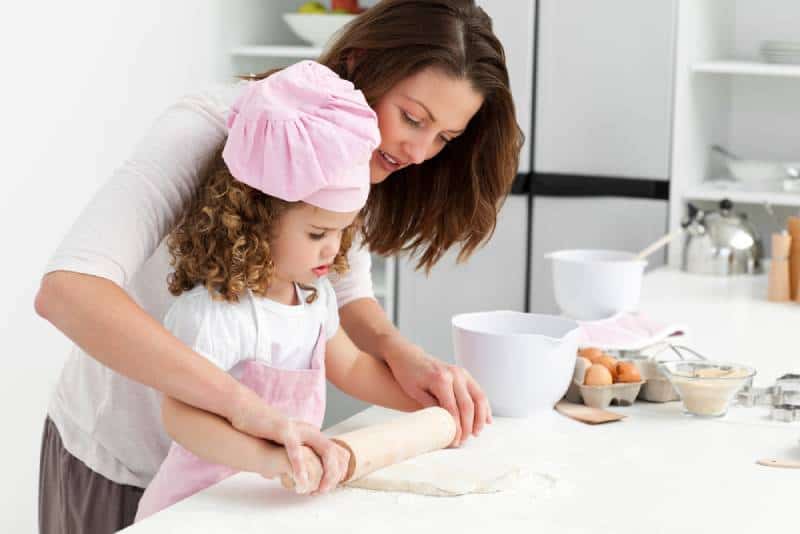 It’s nothing too serious, hopefully, but by letting them make a choice that might change something in their life, it lets them understand the consequences behind their actions.

This helps them exercise better emotional control, restraint, and decision-making earlier and evolve it to a better level of understanding as they grow older.

The Montessori way isn’t just about letting your child roam free, it’s about watching them during their activities, seeing what their likes and dislikes are, and catering to such.

They get bored of that xylophone but find enjoyment with building blocks? 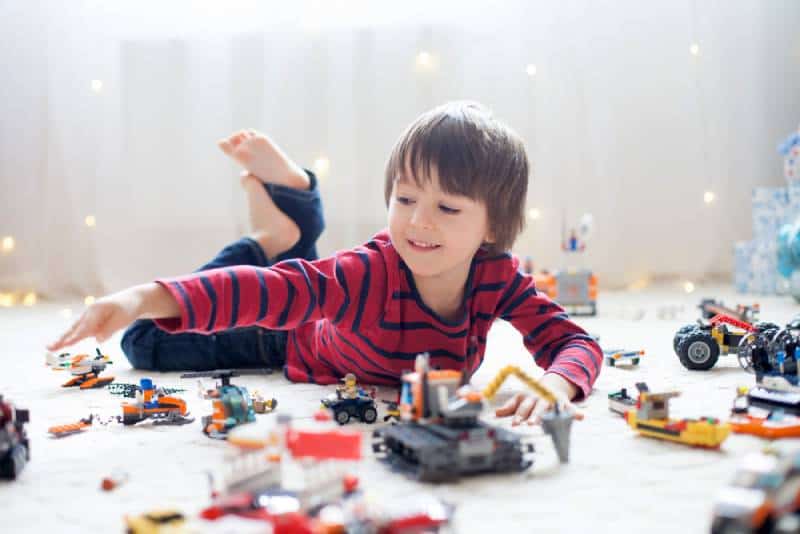 Get them a new set of legos and push them in the direction that they want to go in.

This lets them focus their attention at a young age and focus on their potential future career so they don’t get stuck in a rut after finishing high school not knowing where to go next, like many of us end up doing.

6. Including the other family members 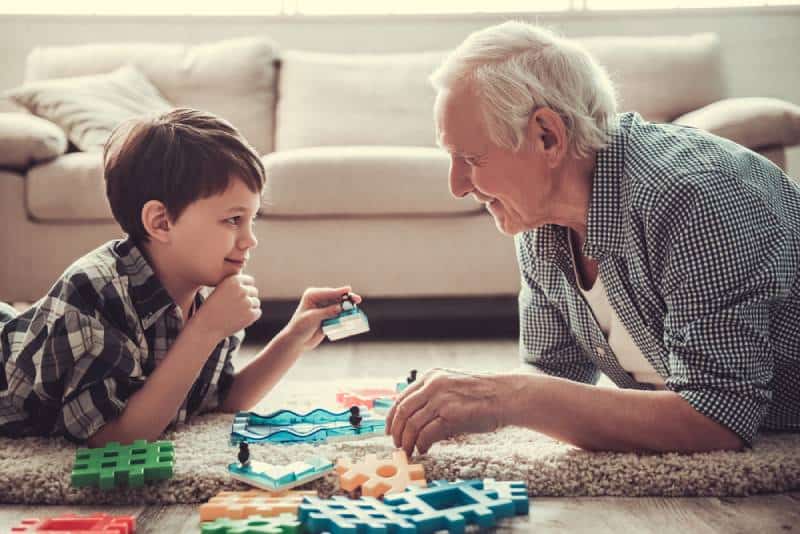 To improve the effectiveness of the Montessori parenting method, try to cue the rest of your family in it so that they too can take part when visiting.

This way you don’t disrupt your child’s freedom and pause their progression toward a more developed individual.

7. Enroll them in a Montessori school (optional)

This tip only applies if there is a school that applies the Montessori education method in their curriculum, but it might not be as widespread in your area.

If you do, however, find one, make sure to tell their teacher about your kid’s interests and hobbies so they can know where to direct your child’s focus and what talents to promote over others.

In that case, your young one can apply what they have learned in their studies in practical life, and witness the fruits of their labors as they become more self-aware.

Montessori teachers continue to help children in evolving their acquired life skills and character further than what you had taught them when they were young. 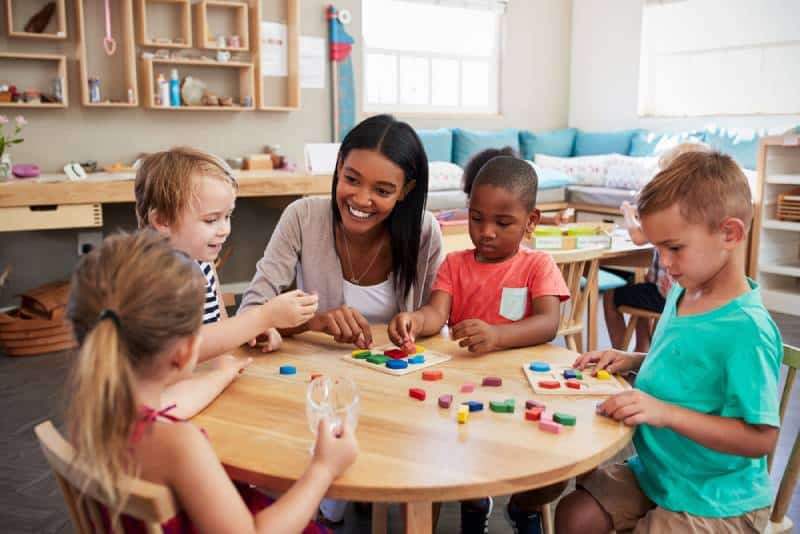 Don’t feel bad about it though, they were specially trained to do so and they know the correct methods in approaching different problems and adapting to them, almost as if they went through the Montessori system themselves.

Ever since I found out about this, I have tried to get the school I teach in to adopt the Montessori method, but unfortunately not every school has the funds and the capacity to do so.

That, and it is a lengthy process, but I don’t want to give up hope.

If I manage to create a Montessori environment in my local area, I believe that the community will be all the happier for it.

Leading off the last-mentioned step, I’ll explain how these specialized environments help kids develop through the various cycles of child development, depending on when you want to decide to attempt this method.

Firstly, there’s the 0-3 year part where they show the child that they matter and provide them with ample care and nurture, teaching them about love and understanding.

On top of that, they help them develop the basic motor skills that children of this age normally do, and help promote and foster any unique skills the toddlers begin to exhibit.

Then there’s the Casa step or the 3-6 year period where children are taught about sticking to a task despite failing the first time – about persistence.

They also begin teaching them about becoming independent and relying less on others to perform tasks they are capable of doing by themselves in this age (they won’t start teaching them how to drive a car, don’t worry!) as well as provide ample materials to further develop the skills they’ve shown at a younger age.

After this comes the 6-12 year period where your kids are taught about teamwork and how to work together with others without enforcing their own agendas on other children or vice versa. 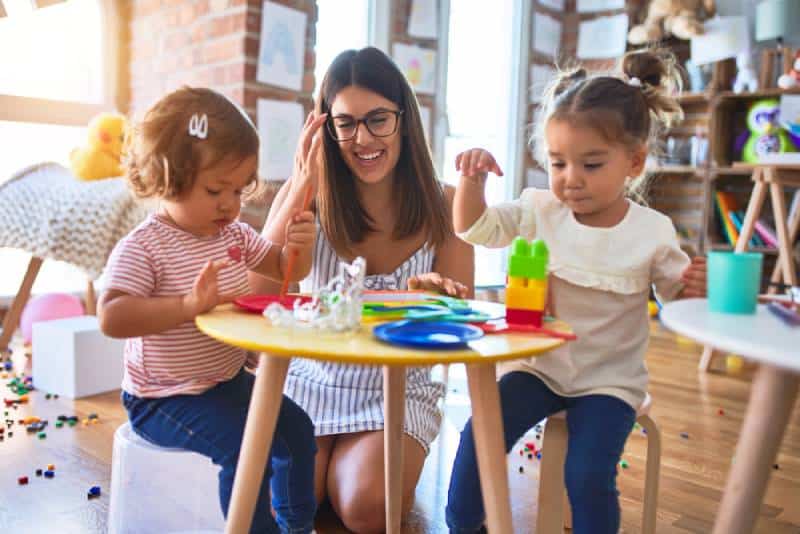 It also further helps develop active imaginations and how to apply it toward something constructive, on top of teaching them about the world, its many beauties, and how they fit into it all.

Lastly, there’s the 12-15 year period where your now teens learn about interacting with other people on a more professional level, basic economics, and where they get to show the culmination of their efforts, of all that they have learned through more practical means.

Finally, it helps them understand true independence so they’re ready for the world ahead after they eventually move away from their parents.

This final period sadly remained officially unfinished by Dr. Montessori, as she passed away before managing it.

There might have potentially been more of them, but we will never know.

Regardless, the steps are still used in many schools.

As with all good things, there are always dangers to consider when attempting it.

And the Montessori way of parenting is no exception.

Exercise caution when balancing the levels of discipline and attention that you give your child. 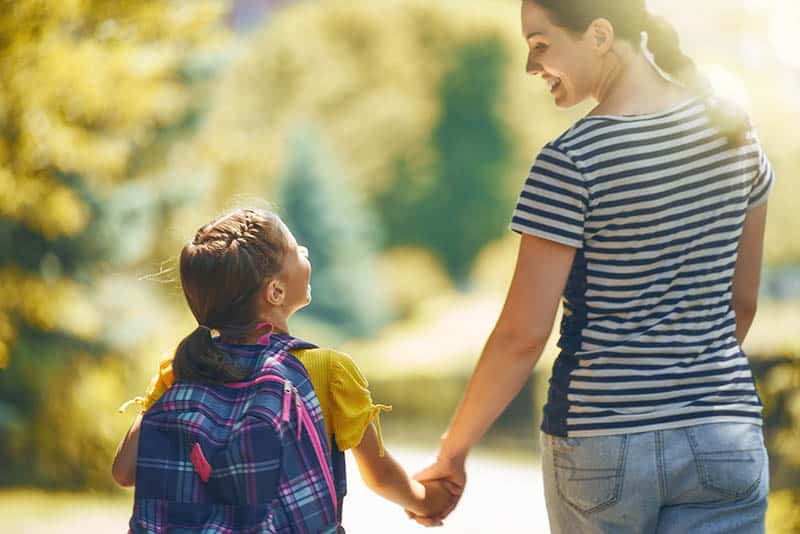 Make sure to read over the Montessori parenting tips I have laid out for you a few times to get the gist of it and weigh your style of parenting against it before trying it out, otherwise you might not get the results you were expecting.

This also might not be something your child appreciates.

Despite sounding as idealistic as it is, it might just be too much strain for your little one and something you might not favor over standard parenting styles – and that’s okay.

Not doing it the Montessori way doesn’t make you any less of a parent than the others and you just might not have the time to dedicate to your child as is required with this style of parenting.

That will about do it for me for this article. Once again I want to remind you that I am by no means an expert on this parenting method, but I do do my research.

That said, use my words as a guideline toward establishing and improving the way you raise your kids.

Learn from my mistakes and tips so you do not have to repeat them while keeping you, your household, your partner and most importantly, your child all the happier for it. 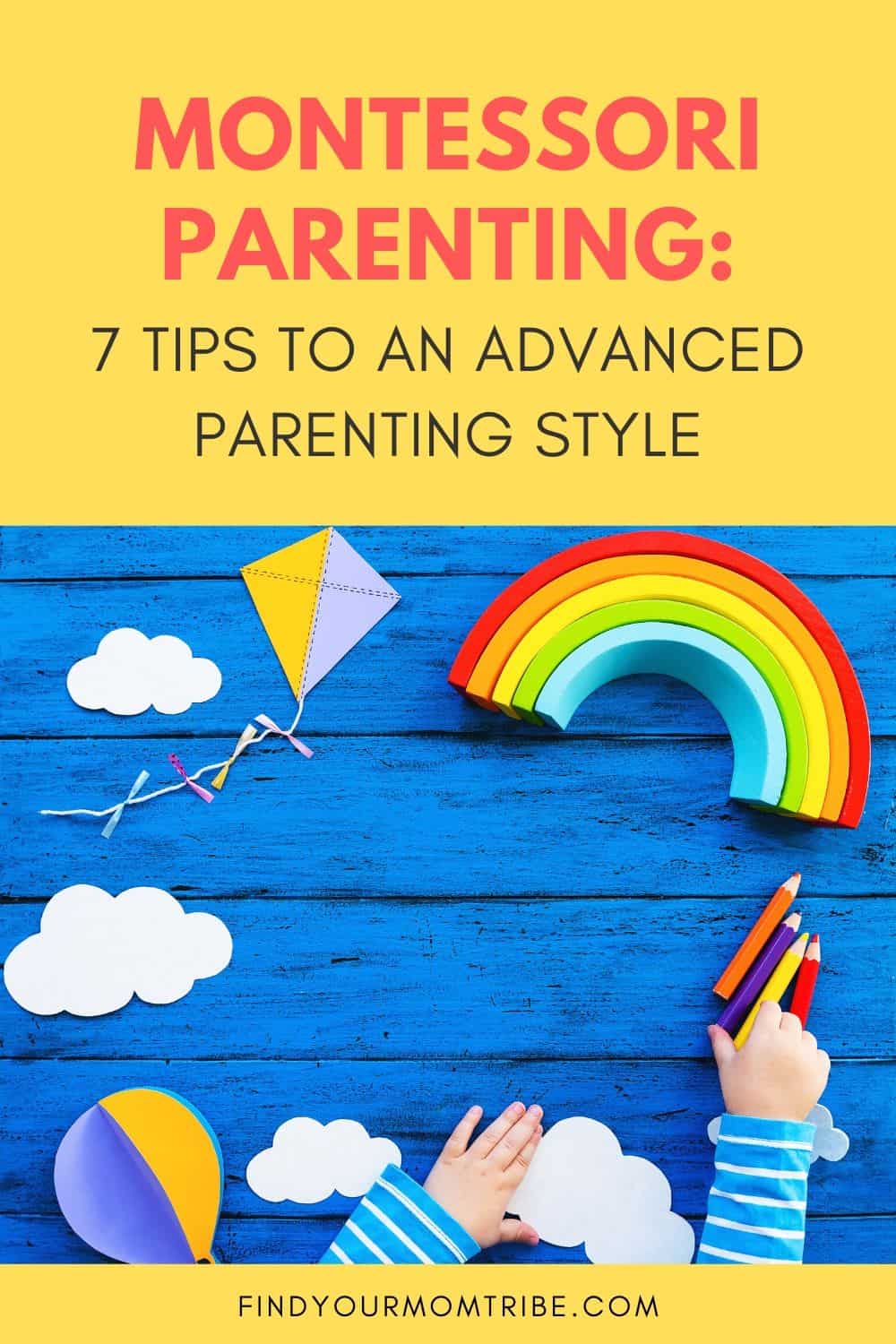