Picking nicknames for best friends has been common practice for as long as society has existed, but what are some of the greatest ones?

If you’re trying to be original, finding nicknames for best friends might be somewhat difficult, but the beauty of a nickname is that you don’t really have to go for the unique factor.

Most nicknames are just meant to abbreviate an otherwise long name or to be used in conversation when referring to someone, but these are your best friends we’re talking about here.

If you’re trying to find one for your bestie, try focusing on one of their greatest traits. Once again, it doesn’t have to be unique, but something like ‘speedy’, ‘tiger’ or ‘munchkin’ could work.

Some might feel as though you’re mocking them, but really it’s a common term of endearment between BFFs.

Most good nicknames are meant to be cute and fun, something to simply help lighten the mood and not be as formal as a workplace might be or someplace similar.

Truth be told, if anything, the better the friend, the sillier the nickname!

So, I’ve made sure to make a list of nicknames for your best friend that might help you out in finding that perfect name for your own bestie depending on if they’re a guy or a girl. 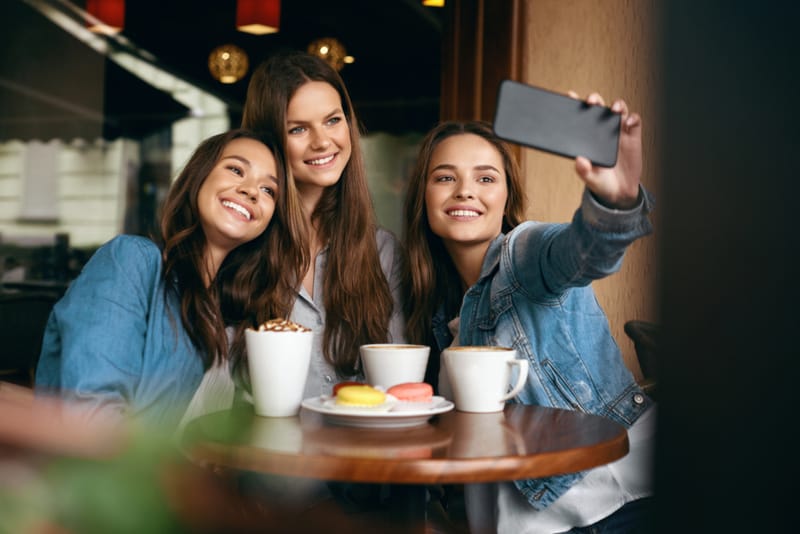 The perfect nickname for a girl best friend is typically something sweet, even sometimes sassy, though most people tend to go for a cute nickname.

That’s because we’re the more empathetic side of the coin, responding better to more positive-sounding ones.

That doesn’t, however, mean the names can’t be cool and badass, those are definitely equally appreciated.

Here are some of the best ones:

Nicknames for a guy best friend 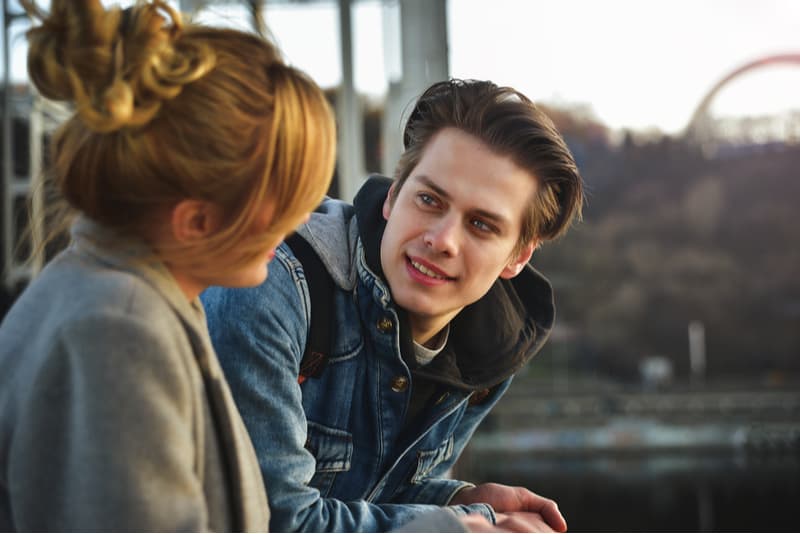 Where nicknames for guys are concerned, don’t be afraid to get a bit more chummy in the ‘bro-esque’ sense, be ‘one of the guys’ and all that.

This definitely sounds like a whole load of stereotyping, but most guys appreciate it more when you’re not afraid to give them a nickname that’s mean in an endearing way.

Although, they do also appreciate ones that show your respect for one another.

Here are some good examples: 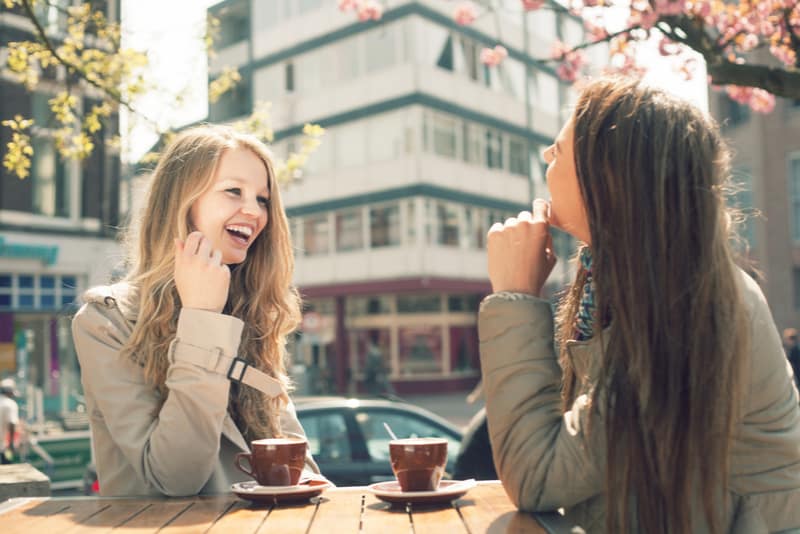 Not all nicknames have to be exclusive to a gender, there are plenty of universal, funny nicknames that fit both guys and girls – especially unique nicknames or silly pet names that suit your BFF’s personality.

Here are a few good ones: 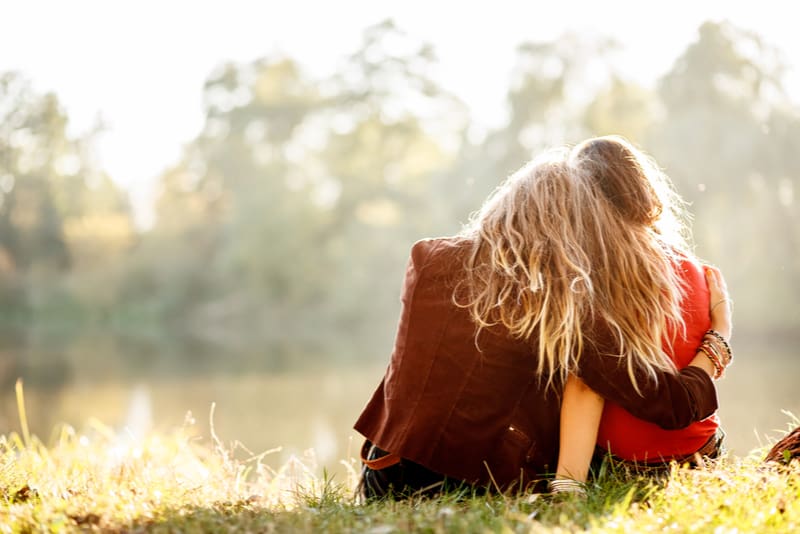 Maybe you’re not really a fan of the slightly mean side of things and you prefer to call your good friends more positive and endearing nicknames.

These are the names that give us that warm and fuzzy feeling or ones that can brighten up your day, radiate positivity and are great to use for your hubby or even your little one too.

If you’re having trouble thinking of some, here are a few good ones:

Celebrity and movie nicknames for friends 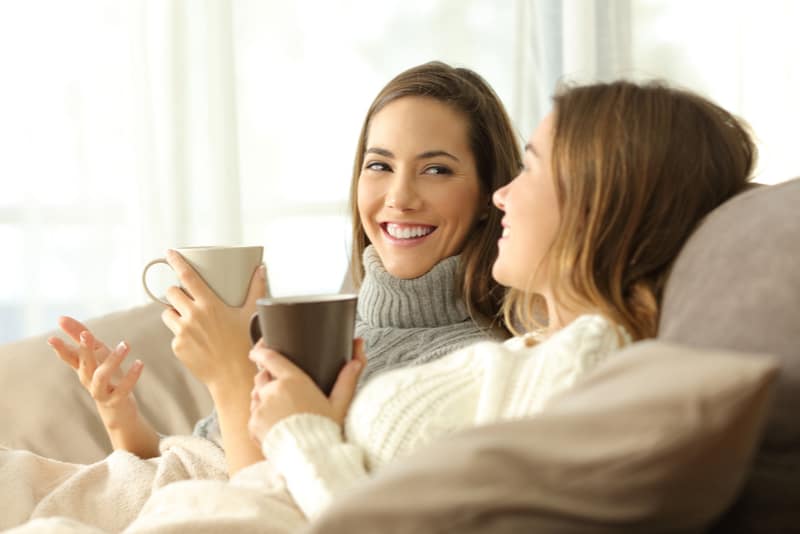 Nicknames can be as simple as choosing a character from one of your favorite movies that they remind you of, especially if you could swear you’ve seen your friend in the exact same scenarios or acting in the exact same way.

Whether this is a superhero, a detective, or Walter White, it doesn’t matter, but these are sure to be some of the best nicknames out there.

They’re at the very least going to be the ones your friends are sure to appreciate, especially if you use their favorite movie character as the chosen nickname.

Here are a few examples:

Maybe none of these nicknames fit the bill for your best friends, or you want to make your own but it’s your first time trying to do so and you’re having a hard time.

After all, these are your friends we’re talking about – you can’t just give them any old nickname. It has to mean something, or at least be from the heart.

I imagine that’s how most of you feel, so here are some of my tips on how to use your experiences with your friends to find the most suitable nickname for them because, realistically, almost any name could work.

1. Take note of their personality traits, their character 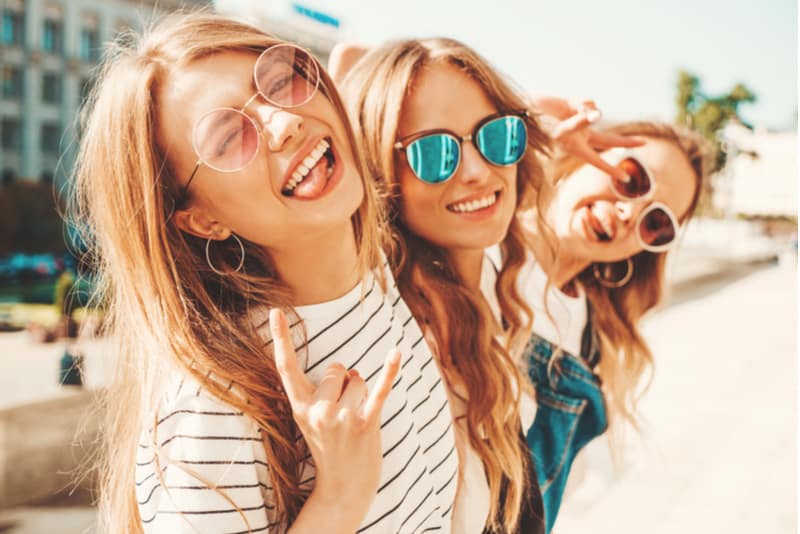 One of the easiest ways to figure out a nickname for your friend is by getting to know who they are as a person, how they behave, and most importantly, what their standout quality (or quirk) is.

Once you find that, you can use that as a baseline or as inspiration for the unique nickname you want to give to your best friend.

Trust me, it works almost all the time and they’ll really appreciate it, especially since getting a nickname is considered to be a sign of respect

A good example nickname for this scenario is firecracker, describing someone who either has a short fuse or who is easily excitable. Both meanings work and the nickname is made in good spirit.

The method used here is often known as caricaturing someone based on a trait which, as I said, can be a fun way of going about it.

But it can sometimes hit the wrong spot and might be an unpleasant nickname, or at least not one that your friend enjoys.

Should this be the case, make sure to apologize to your friend and swap over to a different idea.

2. Use your friend’s appearance 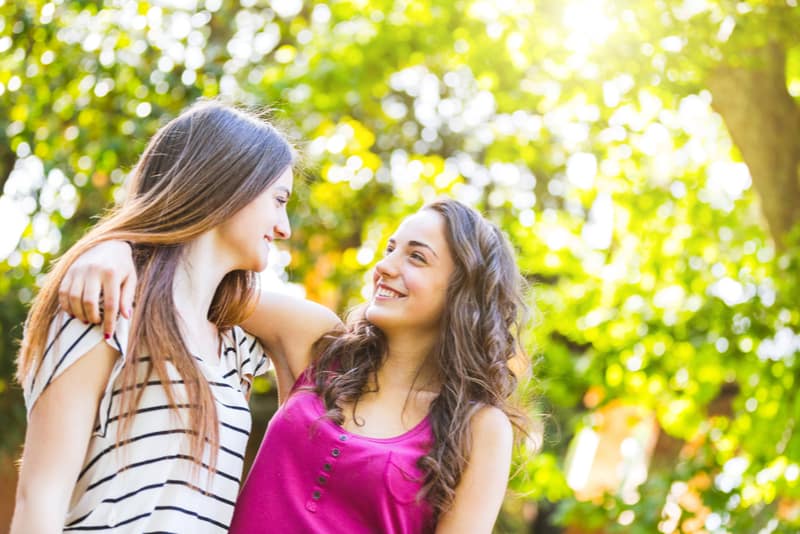 It’s not just about what kind of person they are, it’s also about how they look and dress.

You two already know you’re the best of friends so you should both already know that these are only meant to be used for a good chuckle and not as a way of attacking one another.

More a friendly jab than anything, though the nickname can either compliment or slightly make fun of a facial feature or their taste in fashion. Either works.

A few good examples are Slick, Cue Ball, and Fedora. The first refers to a snappy dresser, the second to a friend with a receding hairline and the third is aimed at friends who like to wear this type of hat.

Again, if your friend seems particularly irked by a given nickname, just find another one that fits their tastes a bit more. It might not be in the spirit of nickname giving, but it’s better than making your friend feel bad or angry. 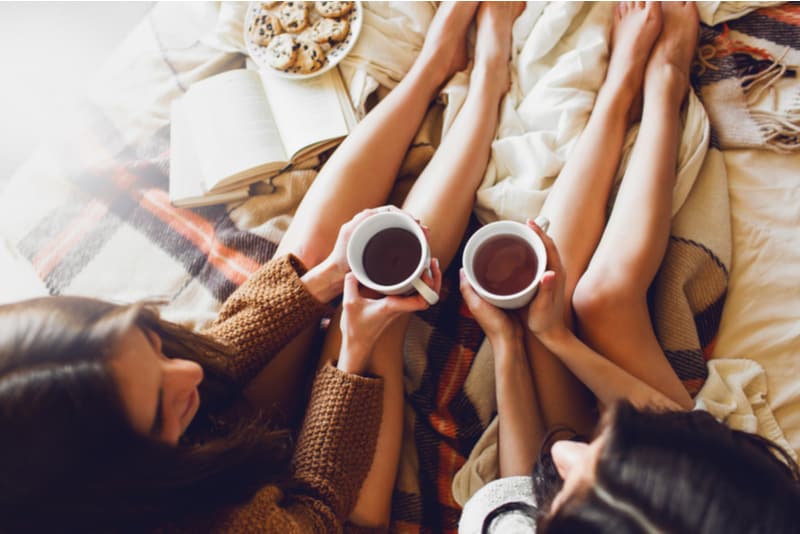 Many people like to read books and comics, play video games, or watch a whole bunch of fantasy and sci-fi shows or movies.

If your friend has a favorite character in a book or movie, you can bring a little bit of that magic to them by choosing that same character and using their name or title to address your friend.

Some good examples of this would be Witcher, Hulk, Supes, Spidey, Mulder, etc.

While they won’t exactly become the next Captain America by calling them Steve Rogers, it can definitely serve as a confidence booster.

And, unlike the previous two, it doesn’t rely on caricaturing something in any way, shape, or form so it’s sure to work! 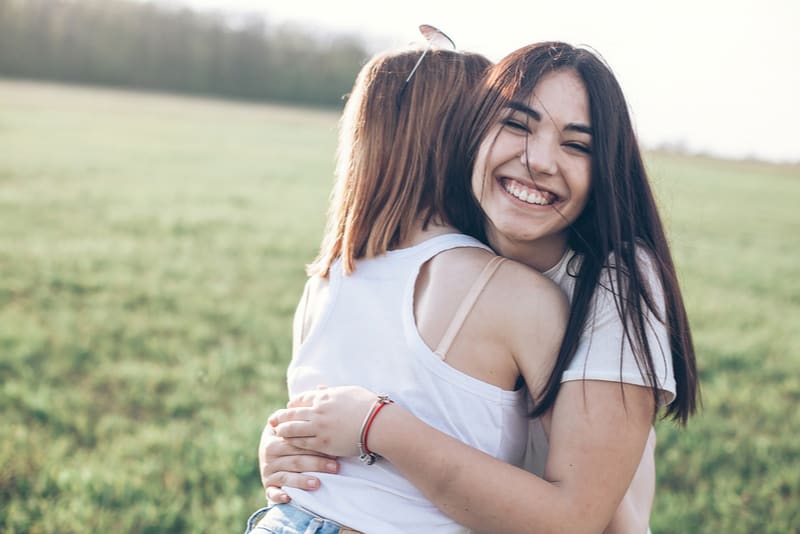 Sometimes going down the simplest route is the best way to go. If it ain’t broke, don’t fix it!

Many nicknames actually come from taking parts of your friend’s actual name and shortening it to make it a bit more conversational and easier to use without losing out on the meaning of the name itself.

Plus, using Chris over Christopher is a lot easier.

In that vein, here are a few other good examples of this: Ed (for Edward), Mel (for Melissa), Ess (for Vanessa), etc.

The possibilities here are endless, just make sure the new nickname rolls off the tongue and that you pull out the part of the name that’s emphasized the most. It’ll always end up being a good enough nickname for best friends.

​5. Using an inside joke 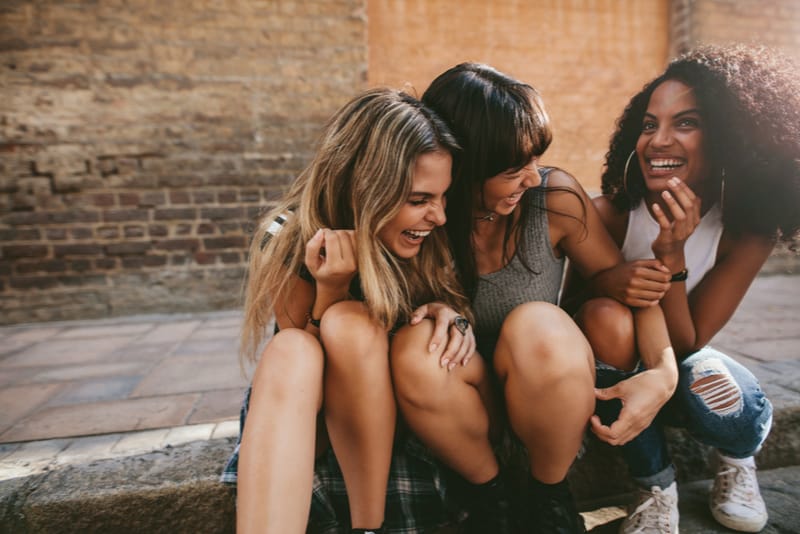 Finally, one of the best and most unique names are formed through mutual experiences and some sort of event or logic that only you and your friend (and maybe a couple of other friends) understand.

These too can be anything, including other nicknames used before, but they get a whole new meaning when taken into context with your joke.

For instance, maybe your friend managed to mess up cooking spaghetti so badly that you gave him the name Gordon Ramsay as a little reminder of that moment.

Maybe your friend is a real goody two-shoes, but one day chose to do something unorthodox so you start calling him Rebel.

Or maybe you and your friend really like watching Stranger Things so you’ve named each other Will and Eleven.

There are plenty more examples of this, but I believe you’re catching on to what I’m saying.

I personally think that this route makes for the best nicknames purely because you’re attaching a piece of history to it, an homage to the friendship between you and your best friend. 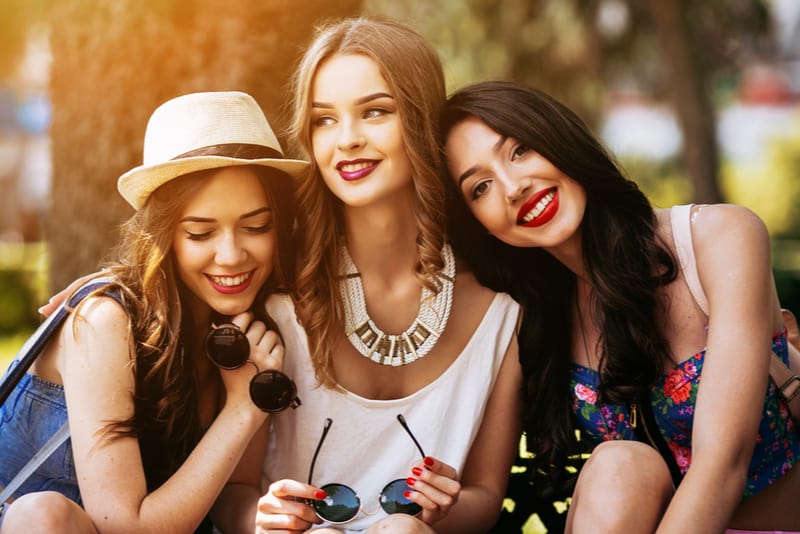 There are so many different possibilities out there when it comes to nicknames for best friends, so many that it might feel like you’re flooded with choices.

That’s why I took it upon myself to make this list in the first place! But I figured some people wouldn’t really resonate with the ones presented, so I made sure to include how to make good nicknames of your own.

I truly believe that some of the absolute best nicknames are the ones that you and your friend end up making for one another, that are formed through experiences and silly things like quirks or talents.

No list is ever going to fully replicate that, so make sure that when you find the right nickname for your friend that you make sure to say it with a dose of passion and hype each time rather than just something to tack on. Until next time! 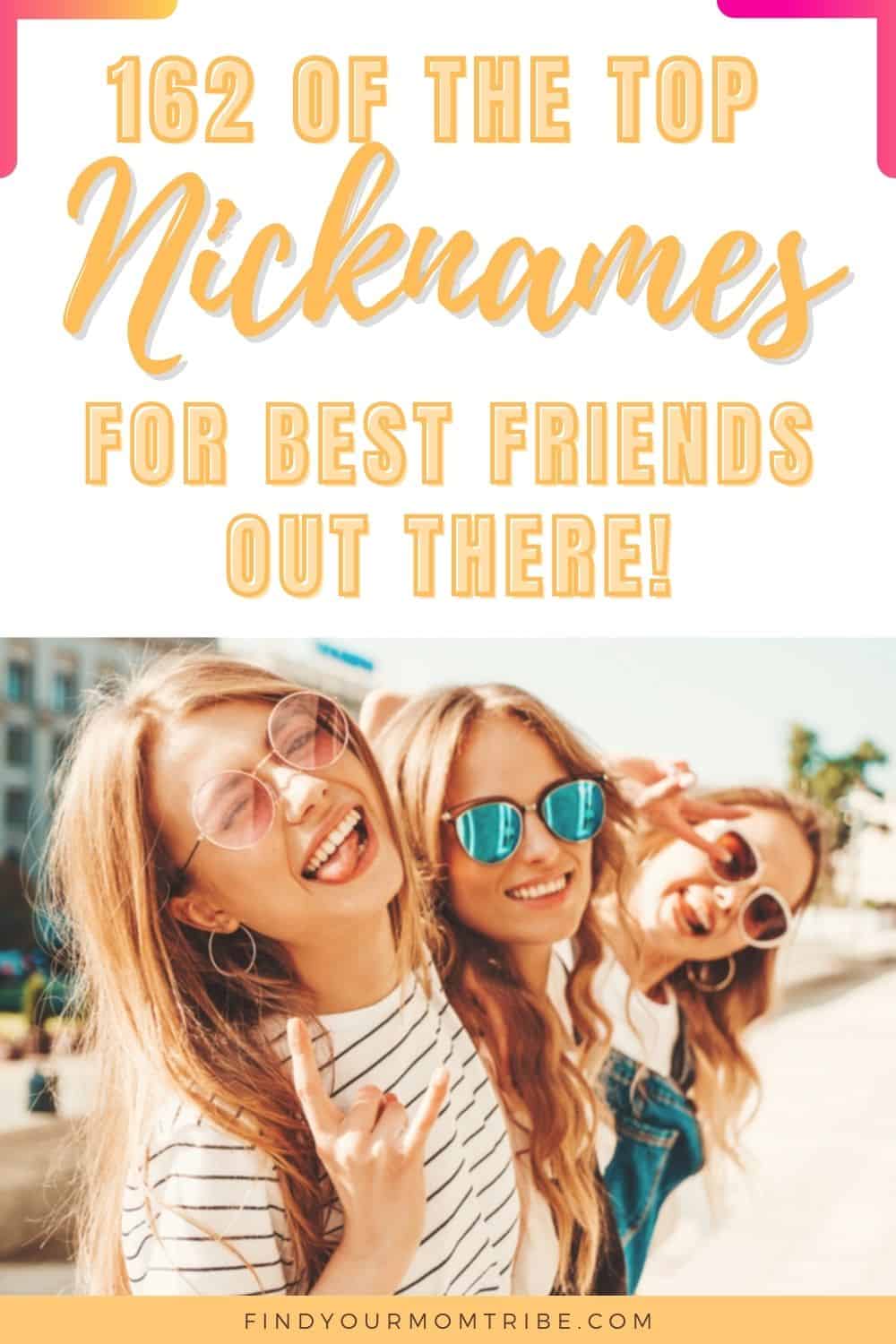