We as parents often underestimate our importance. By raising our young children, we’re effectively raising and educating the next generation, and therefore the future history of the world! It’s a momentous undertaking, if you think about it!

You’ve probably all heard a couple of motivational, sweet, or witty parents quotes along the way – ones that inspire you, ones that give you the strength to persevere in this task called parenthood, ones that trigger a chuckle or two to brighten your day – perhaps even a couple sayings that your own child decided to insert into a Mother’s or Father’s Day card to show their appreciation for your loving care.

Here we’ve put together an extensive collection of parenting quotes and sayings that’s sure to boost your parental self-esteem and applaud you for being a good mother or father – heck, a GREAT one!

And for young people who hold their parents dear, we’ve got plenty of quotes that are perfect if you want to acknowledge your mom or dad for all the unconditional love they’ve been giving you.

You don’t even have to wait for a special occasion to use one of these parents love quotes – surprise your parents anytime with one of these sincere quotes or sayings that tells them just how great parents they are!

“Each day of our lives we make deposits in the memory banks of our children.” – Charles R. Swindoll

“So much is asked of parents, and so little is given.” – Virginia Satir

“One generation full of deeply loving parents would change the brain of the next generation, and with that, the world.” – Dr. Charles Raison 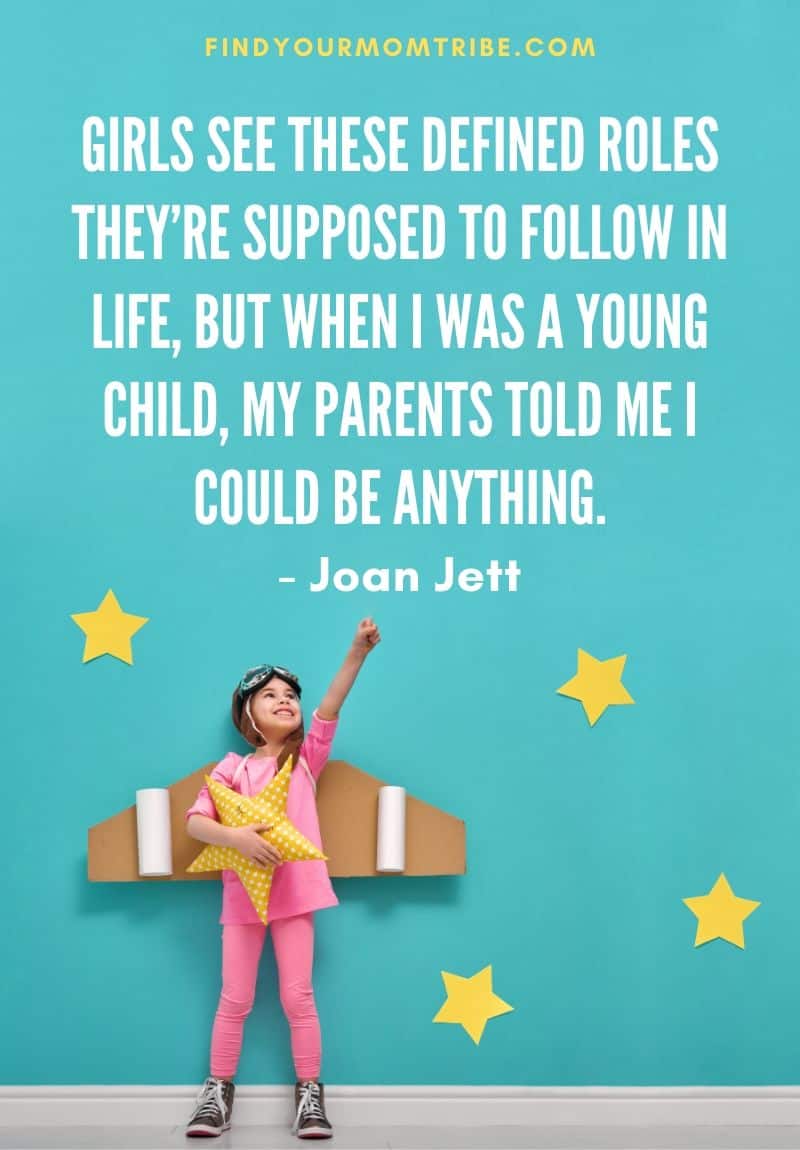 “Girls see these defined roles they’re supposed to follow in life, but when I was a young child, my parents told me I could be anything.” – Joan Jett

“Counsel with your parents is a privilege at any age.” – Russell M. Nelson

“Parents can only give good advice or put them on the right paths, but the final forming of a person’s character lies in their own hands.” – Anne Frank

“Parenthood… It’s about guiding the next generation, and forgiving the last.” – Peter Krause

“All a child’s life depends on the ideal it has of its parents. Destroy that and everything goes – morals, behavior, everything. Absolute trust in someone else is the essence of education.” – E. M. Forster

“What it’s like to be a parent: It’s one of the hardest things you’ll ever do but in exchange it teaches you the meaning of unconditional love.” – Nicholas Sparks

“Parents are the bones on which children cut their teeth.” – Peter Ustinov

“There’s no such thing as a perfect parent. So just be a real one.” – Sue Atkins

“To understand your parents’ love you must raise children yourself.” – Chinese Proverb

“Parents. They didn’t leave you when you were young. So don’t leave them when they are old.” – Unknown

“Our parents’ prayer is the most beautiful poetry and expectations.” – Aditia Rinaldi

“Now that I’m a parent, I know that my parents were incredibly brave.” – Ruby Bridges

“My parents are my backbone. Still are. They’re the only group that will support you if you score zero or you score 40.” – Kobe Bryant

“Parents are like shuttles on a loom. They join the threads of the past with threads of the future and leave their own bright patterns as they go.” – Fred Rogers

“Love your parents and treat them with loving care. For you will only know their value when you see their empty chair.” – Unknown 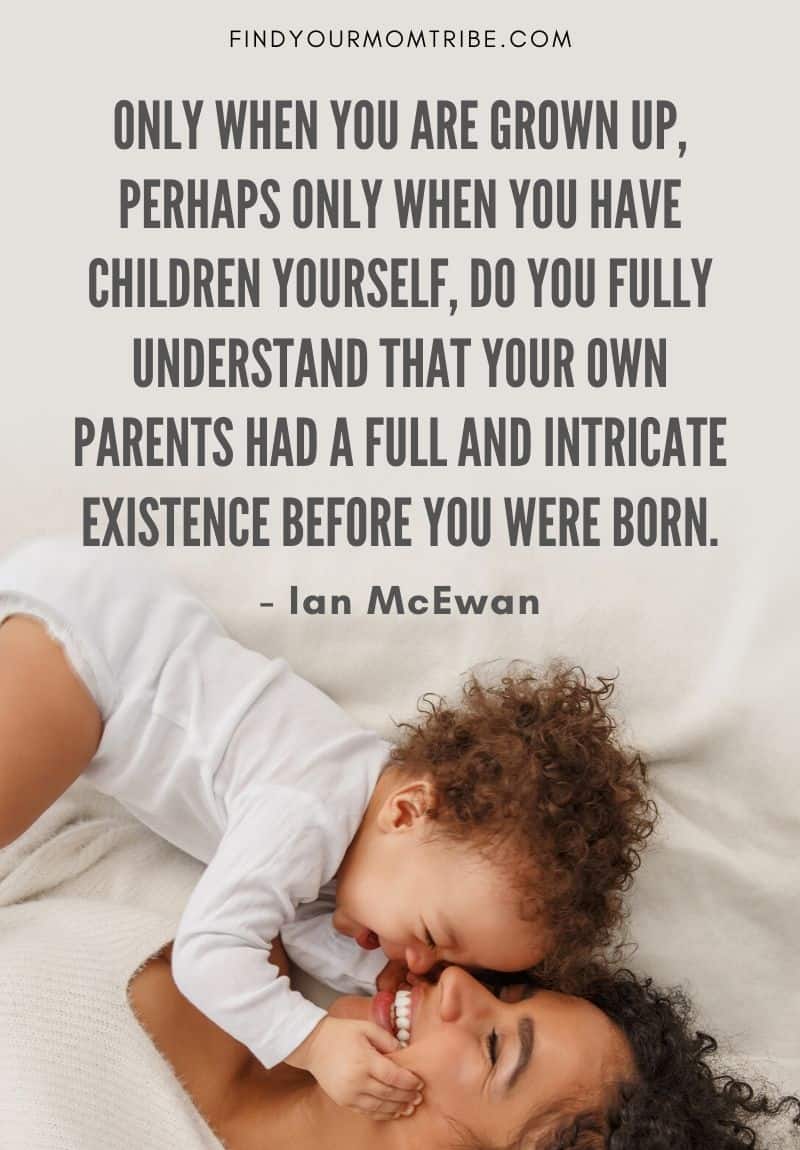 “Only when you are grown up, perhaps only when you have children yourself, do you fully understand that your own parents had a full and intricate existence before you were born.” – Ian McEwan

“Parents are living gods. They do everything to make their children happy and expect nothing in return.” – Saravana Kumar Murugan

“Parental love is the only love that is truly selfless, unconditional and forgiving.” – T. P. Chia

“I want some day to be able to love with the same intensity and unselfishness that parents love their children with.” – Shakira

“We never know the love of a parent till we become parents ourselves.” – Henry Ward Beecher

“People always say you never know love until you have your own child and all of that is true.” – Tia Mowry

“A parent’s love is whole no matter how many times divided.” – Robert Brault

“A good father is a source of inspiration and self-restraint. A good mother is the root of kindness and humbleness.” – Dr T. P. Chia 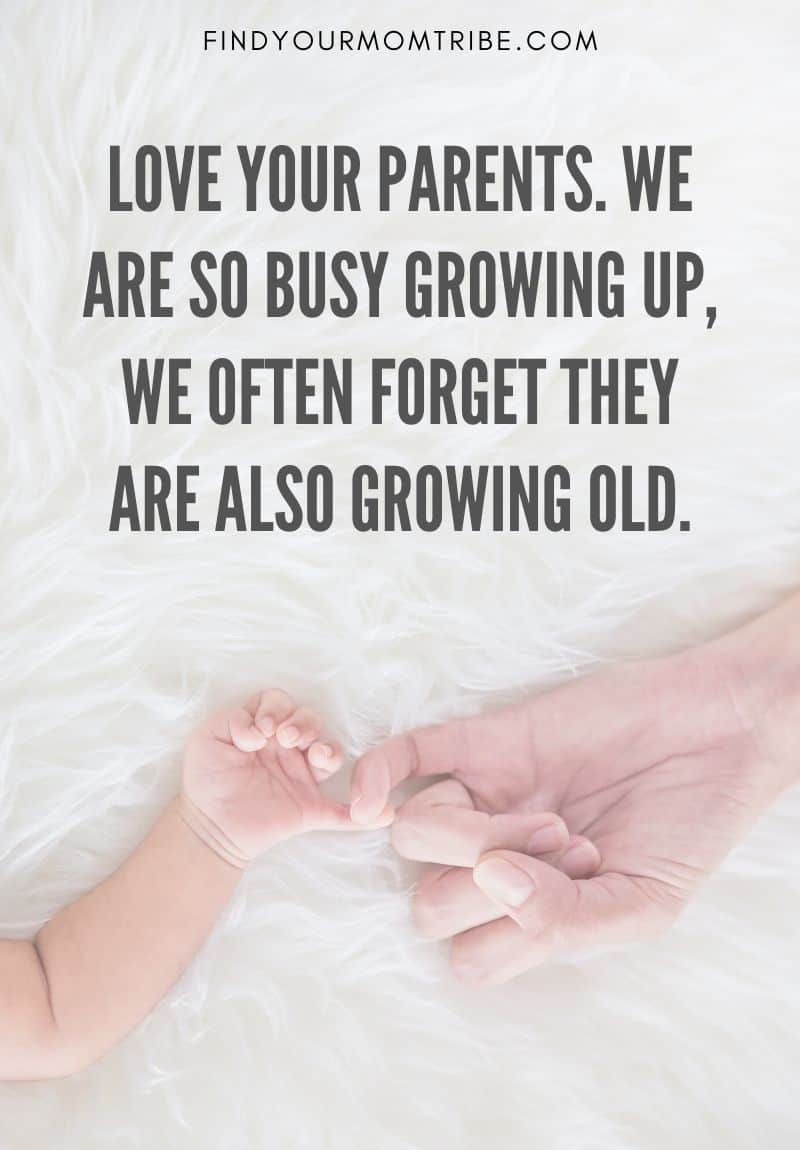 “Love your parents. We are so busy growing up, we often forget they are also growing old.” – Unknown

“My heroes are and were my parents, I can’t see having anyone else as my heroes.” – Michael Jordan

“Love is the chain whereby to bind a child to its parents.” – Abraham Lincoln

“No one understands my ills, nor the terror that fills my breast, who does not know the heart of a mother.” – Marie Antoinette

“I remember my mother’s prayers and they have always followed me. They have clung to me all my life.” – Abraham Lincoln

“There was never a child so lovely but his mother was glad to get him to sleep.” – Ralph Waldo Emerson

“I became the kind of parent my mother was to me.” – Maya Angelou

“Biology is the least of what makes someone a mother.” – Oprah Winfrey

“When I was a child, my mother said to me, ‘If you become a soldier, you’ll be a general. If you become a monk, you’ll end up as the Pope.’ Instead, I became a painter and wound up as Picasso.” – Pablo Picasso

“It is not until you become a mother that your judgment slowly turns to compassion and understanding.” – Erma Bombeck

“Only God Himself fully appreciates the influence of a Christian mother in the molding of character in her children.” – Billy Graham

“An ounce of mother is worth a pound of clergy.” – Rudyard Kipling

“Yes, Mother. I can see you are flawed. You have not hidden it. That is your greatest gift to me.” – Alice Walker 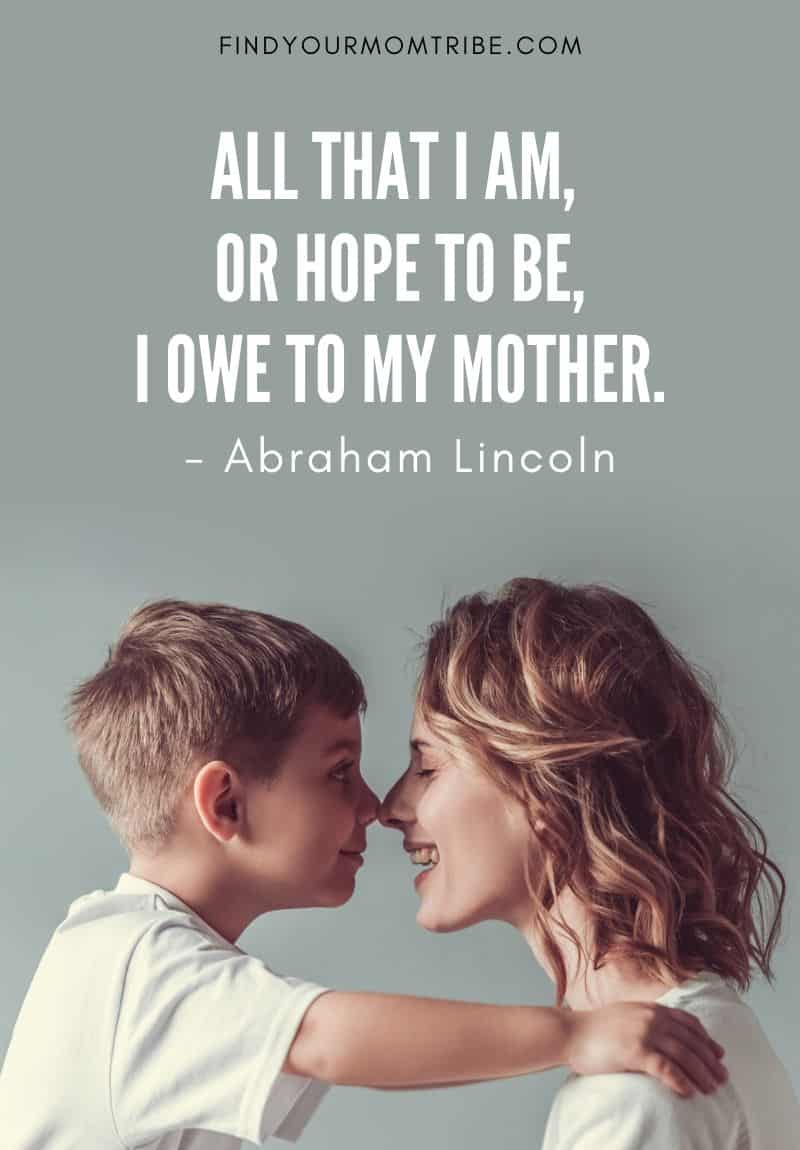 “A mother understands what a child does not say.” – Jewish Proverb

“My mother was the influence in my life. She was strong; she had great faith in the ultimate triumph of justice and hard work. She believed passionately in education.” – John H. Johnson

“When you look into your mother’s eyes, you know that is the purest love you can find on this earth.” – Mitch Albom

“Anyone can be a father, but it takes someone special to be a dad, and that’s why I call you dad, because you are so special to me. You taught me the game and you taught me how to play it right.” – Wade Boggs 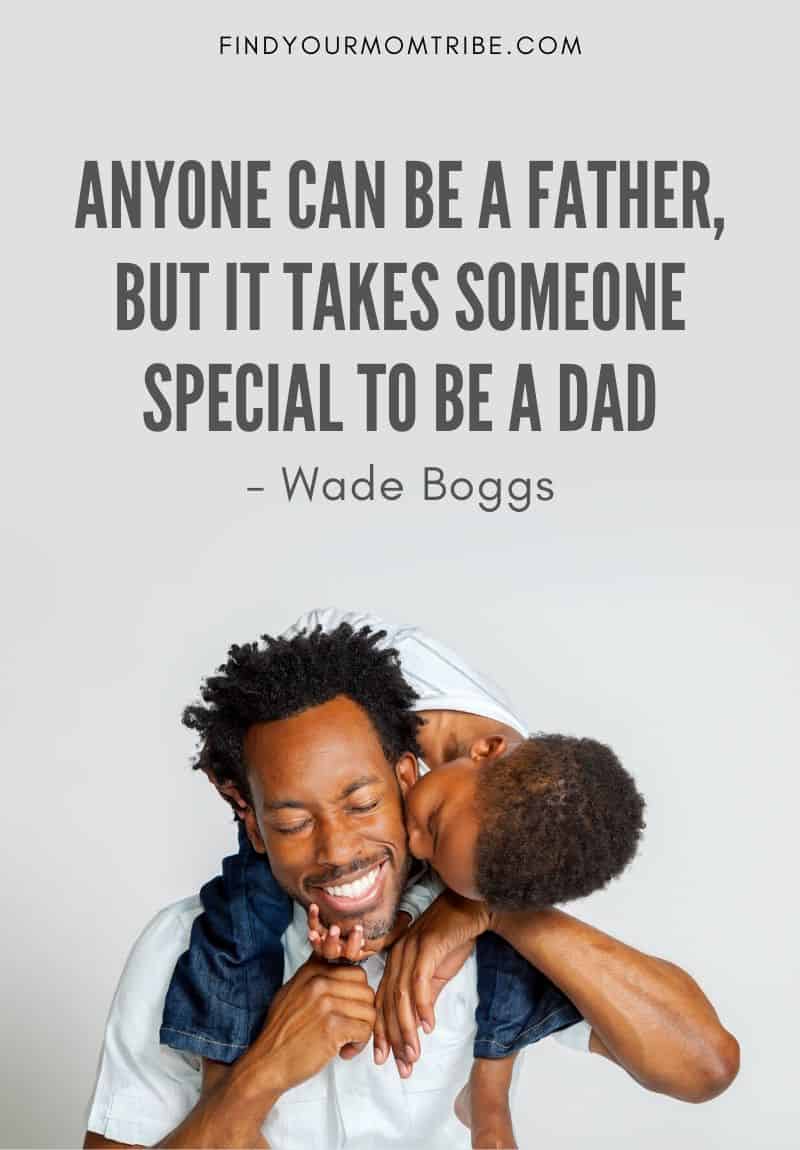 “How pleasant it is for a father to sit at his child’s board. It is like an aged man reclining under the shadow of an oak which he has planted.” – Walter Scott

“I cannot think of any need in childhood as strong as the need for a father’s protection.” – Sigmund Freud

“The heart of a father is the masterpiece of nature.” – Prevost Abbe

“I know that I will never find my father in any other man who comes into my life, because it is a void in my life that can only be filled by him.” – Halle Berry

“The surprising thing about fatherhood was finding my inner mush. Now I want to share it with the world.” – Christopher Meloni

“A father is always making his baby into a little woman. And when she is a woman he turns her back again.” – Enid Bagnold

“My father, he was like the rock, the guy you went to with every problem.” – Gwyneth Paltrow

“Fathers provide not only support but also encouragement.” – Catherine Pulsifer

“My father didn’t tell me how to live; he lived, and let me watch him do it.” – Clarence Budinton Kelland

“My mother had a great deal of trouble with me, but I think she enjoyed it.” – Mark Twain

“We are the people our parents warned us about.” – Jimmy Buffett

“Because of their size, parents may be difficult to discipline properly.” – P. J. O’Rourke

“Have you ever noticed how parents can go from the most wonderful people in the world to totally embarrassing in three seconds?” – Rick Riordan

“It’s a funny thing about mothers and fathers. Even when their own child is the most disgusting little blister you could ever imagine, they still think that he or she is wonderful.” – Roald Dahl

“Parents had some kind of sin radar… They always called when you were in the middle of something you just knew they’d consider wrong. Or at least risky.’ – Rachel Caine

“Most children threaten at times to run away from home. This is the only thing that keeps some parents going.” – Phyllis Diller

“Parents were invented to make children happy by giving them something to ignore.” – Ogden Nash 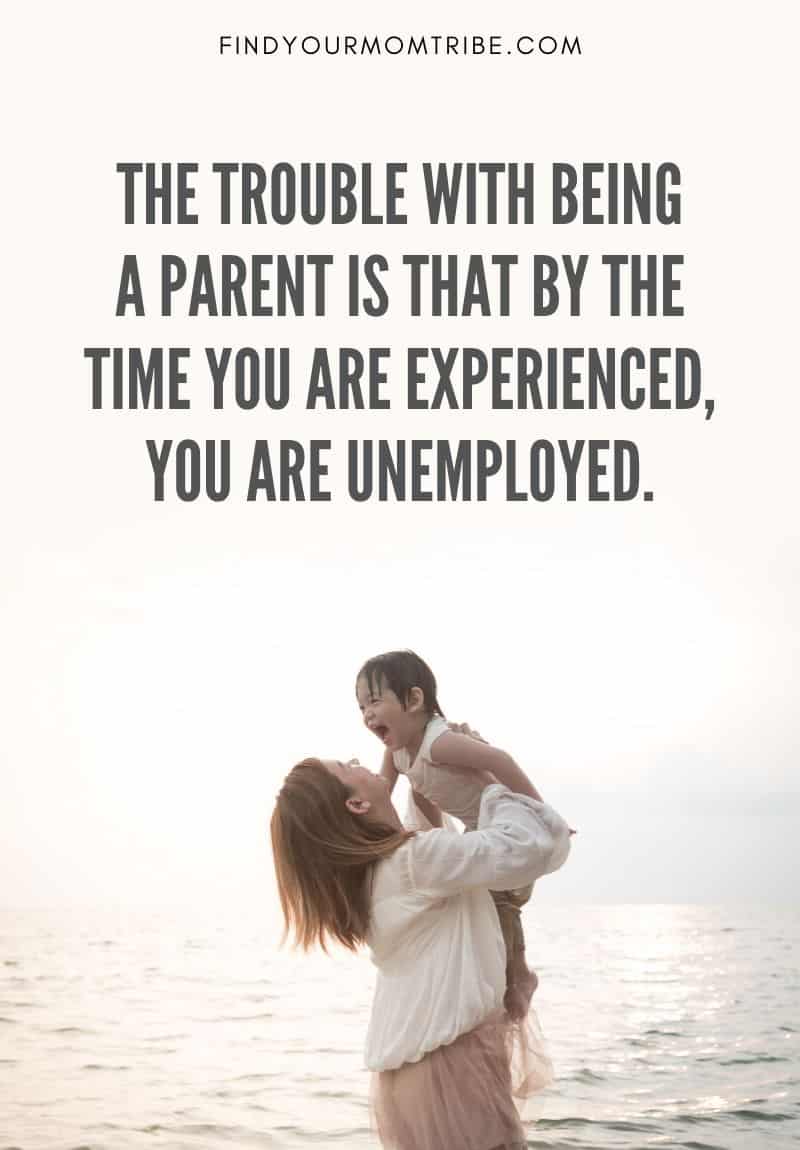 “The trouble with being a parent is that by the time you are experienced, you are unemployed.” – Unknown

“There are only two things a child will share willingly; communicable diseases and its mother’s age.” – Benjamin Spock

“I feel very blessed to have two wonderful, healthy children who keep me completely grounded, sane and throw up on my shoes just before I go to an awards show just so I know to keep it real.” – Reese Witherspoon

“Parents are like God because you wanna know they’re out there, and you want them to think well of you, but you really only call when you need something.” – Chuck Palahniuk

“Never raise your hand to your children – it leaves your midsection unprotected.” – Robert Orben

“The interesting thing about being a mother is that everyone wants pets, but no one but me cleans the kitty litter.” – Meryl Streep

“My dad taught me true words you have to use in every relationship. Yes, baby.” – Star Jones

“That’s what children are for – that their parents may not be bored.” – Ivan Turgenev 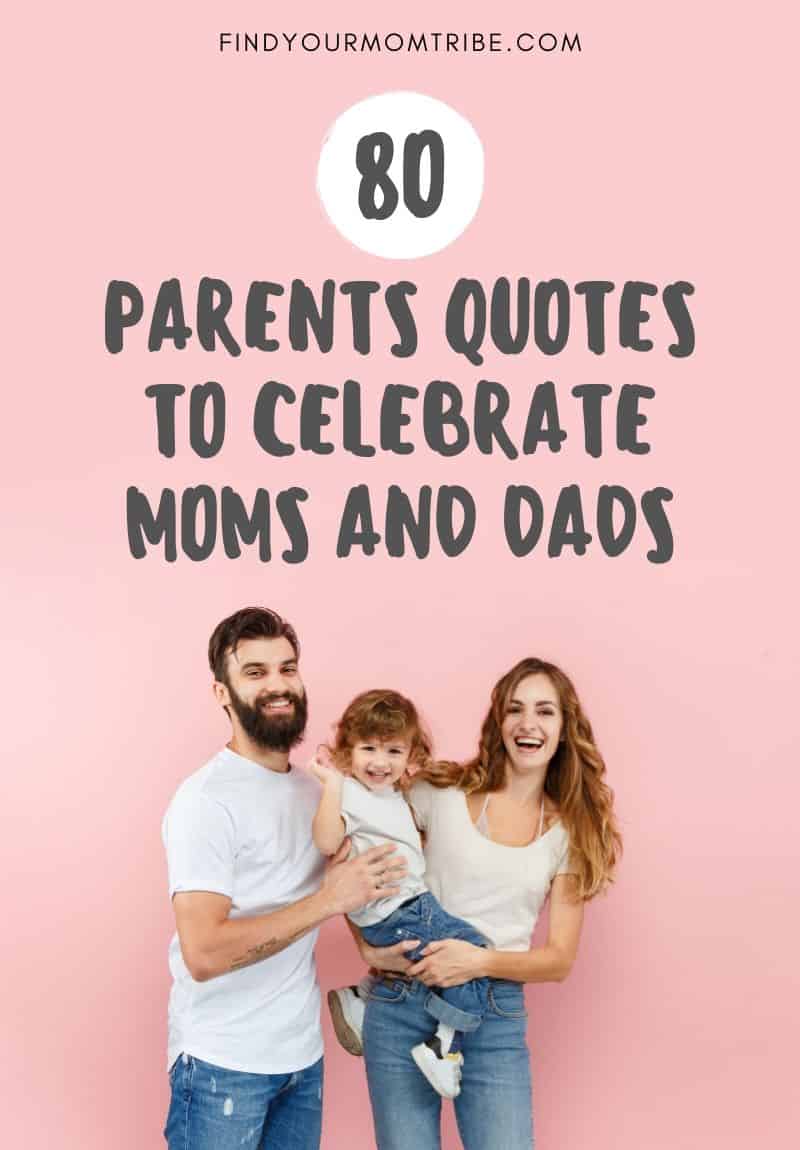