A rebellious child has the potential to give his parents sleepless nights. With a defiant attitude and deliberately disobedient actions, a rebel kid can really drive parents up the wall, big time.

If your child is often cheeky, disrespectful, or aggressive, and they show unruly and angry reactions, you can confidently say you have a rebellious child on your hands.

I’ll be getting to the bottom of where this anger and rebellion in children come from, and give you practical and systematic help on how to deal with it, with the help of my own experience, psychological advice and, for those who are religious, biblical principles.

How To Deal With A Rebellious Child

1. Define rules and boundaries – then stick to your guns 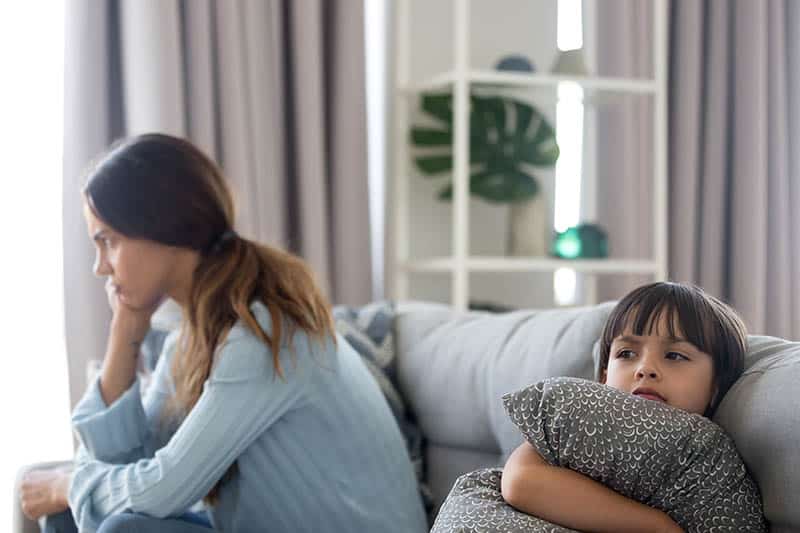 Carefully drawn boundaries leave young children room to develop and at the same time protect them from harm.

However, children should not live in such a strict, restrictive atmosphere that they cannot develop a healthy level of self-confidence.

If parents make sure that there is adequate freedom of choice and firm, clearly defined limits, most young adults will be less prone to rebelling.

Just as important as it is to set adequate boundaries and rules to follow, so is enforcing them consistently (such as sticking to a set curfew time).

It is frustrating for children to have constantly changing rules and consequences depending on the mood of their parents.

They need the security that comes from consistent discipline that’s firm yet loving, even though they may not always agree with the restrictions and rules. 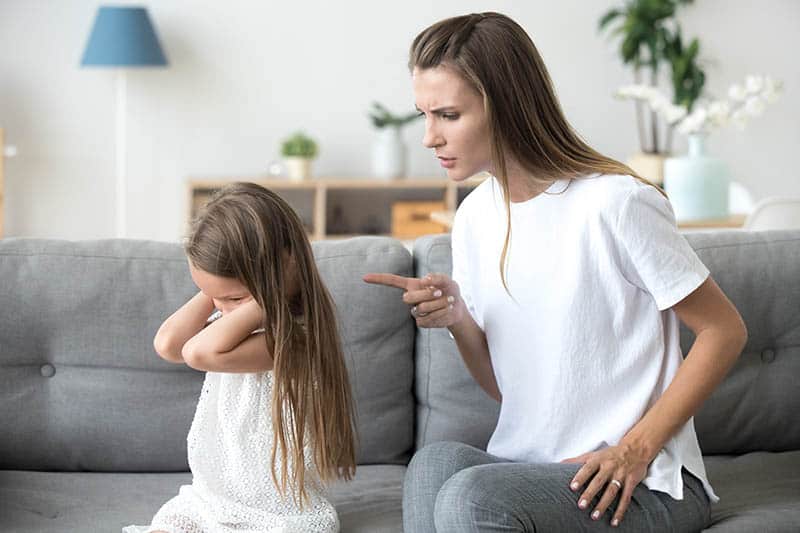 Everyone knows the saying: Treat others the way you’d like to be treated.

Well, the same applies with your child. If you’re demanding to be respected, then show your kids that you respect them too.

Just like with adults, any child can have an off day, regardless of whether they’re well-behaved or rebellious.

Your 15-year-old boy may have had a rough day at school, or feel overwhelmed and just in need of a little downtime.

By all means, be firm in what you want your teenager to do (or not do), but don’t forget to put your instructions and opinions across in a loving, understanding way.

Remember, this applies not only to when you’re talking to your child – he sees you speaking with others too.

If you set a good example of how you should express opinions respectfully, your kids will follow suit.

3. Give them the independence they seek – within reason 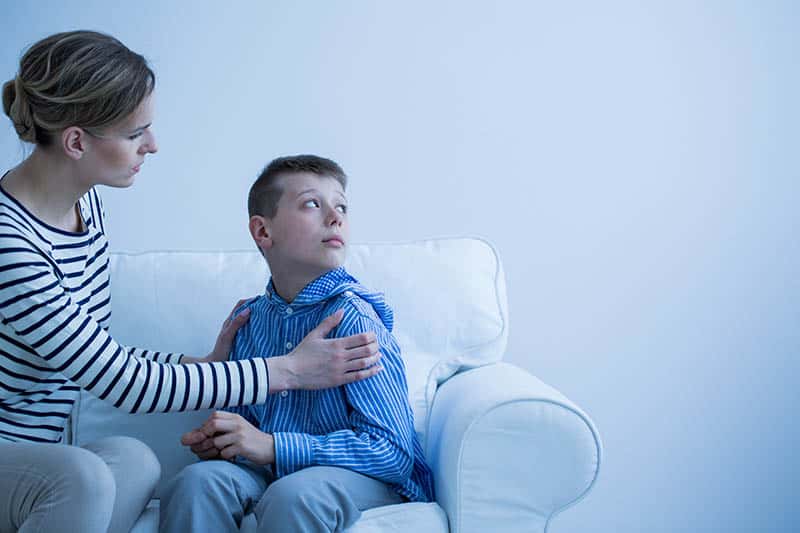 As difficult as it may be, we as parents need to break the habit of always being dismissive when our young adult child asks for more independence.

A child must be able to grow reasonably as an individual. Some young people start to think and act like adults relatively early on.

However, freedom also brings accountability (appropriate to their age, of course).

So, we should let our kid experience the natural consequences of their choices and actions.

The principle of “Whatever a man sows, he will reap” (Galatians 6:7) applies equally to youth and adults.

Children cannot always be protected, otherwise you are robbing them of valuable life lessons that they need to learn if they want to mature into balanced, happy adults.

Okay, but what if your kid wants to do something that is completely unacceptable? You, as a responsible parent, have to say no.

You may explain the reasoning behind your answer, but nothing should turn your no into a yes.

Still, keep a calm and sensible manner, because “A gentle answer turns away wrath, but a harsh word stirs up anger” (Proverbs 15:1).

If adolescents are encouraged and helped as needed to overcome shyness, shyness, or lack of self-confidence, they are likely to become more self-assured and grounded.

Young people also appreciate being given the trust they deserve.

4. Resist the urge to overreact 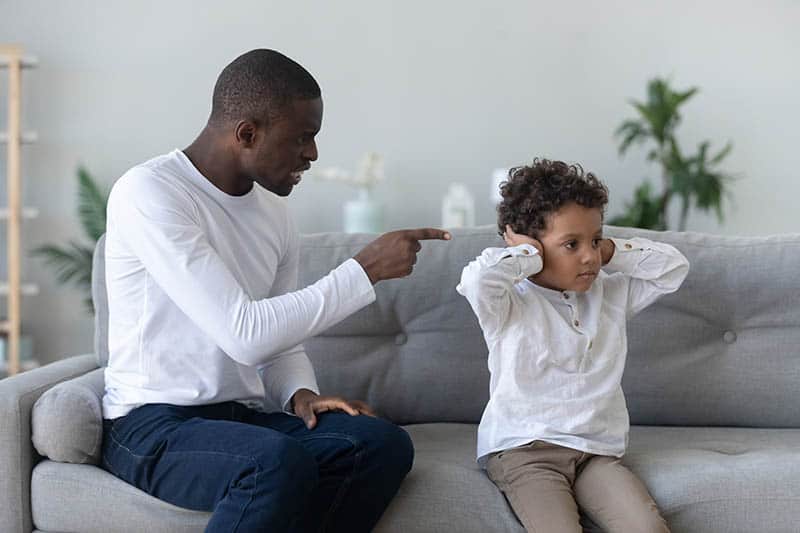 Considering you’re dealing with an inexperienced adolescent, one who often doesn’t see the bigger picture but is only focused on what he sees and feels in the moment – much to your annoyance! – it’s easier to overreact than to resist the urge.

But step back for a minute, if only to calm yourself down and find your tongue. And whatever you do, don’t attack your child’s character.

We can also sometimes be quick to lash out on our young one who missteps because of thoughtlessness and simply not knowing any better.

By calmly explaining exactly why his behavior was wrong and how he can avoid making the mistake in the future, we should make it clear that it is not him who is bad, but the behavior (see Jude 22, 23).

It also helps to seek out and build on the positive behavior.

Encouragement and praise goes a long way in mending a shaky parent-child relationship and giving a child rebel the subtle push in the right direction that he needs. 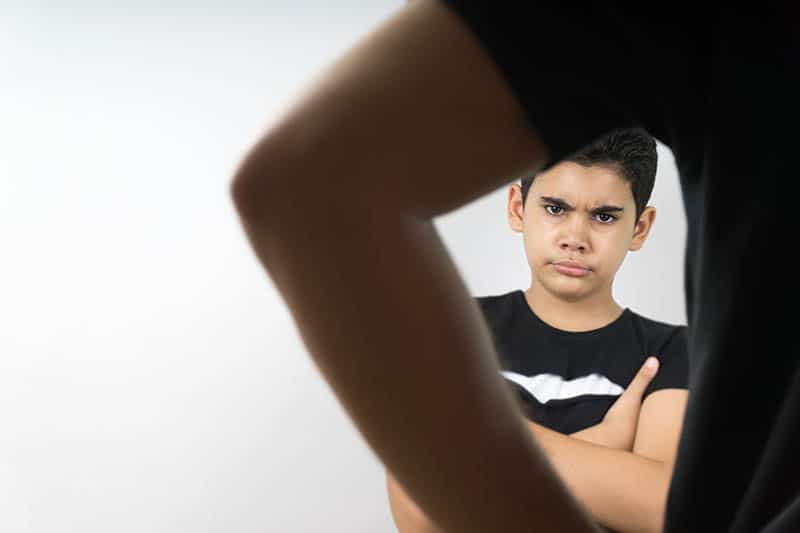 It’s rough enough for parents when all’s well, but when your kid deliberately misbehaves, things get that much tougher.

Choose to spend energy only on the things and situations that really matter.

For example, if your tween daughter is dead set on wearing ripped jeans because it’s the “in” thing, is it really worth getting into a stand-off over her wardrobe choice?

On the flip side, if she tells you that she’s not going to do homework because she just doesn’t feel like it, that’s a whole other kettle of non-negotiable fish! 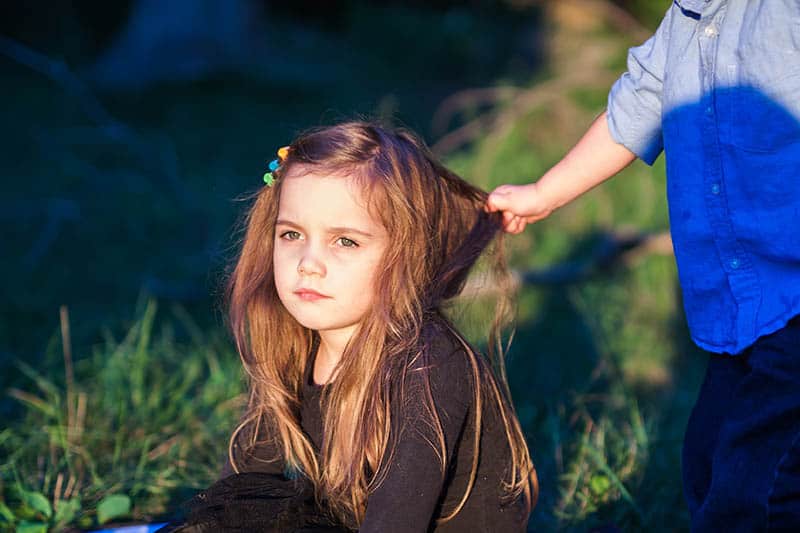 Rest assured that you’re definitely not the only one dealing with a rebellious heart.

Also, realize that patterns and perceptions take time to break, so don’t give up hastily (1 Corinthians 13: 4, 7).

I’m not saying you should become numb to your child and just condone his rebellious behavior, but I also don’t mean that you should exacerbate them.

Just patiently stay consistent in all the above points, and sooner or later, your child will come to his senses and realize he’s not doing himself any favors by rebelling against you or anyone else.

How Do You Know You Have A Rebellious Child? 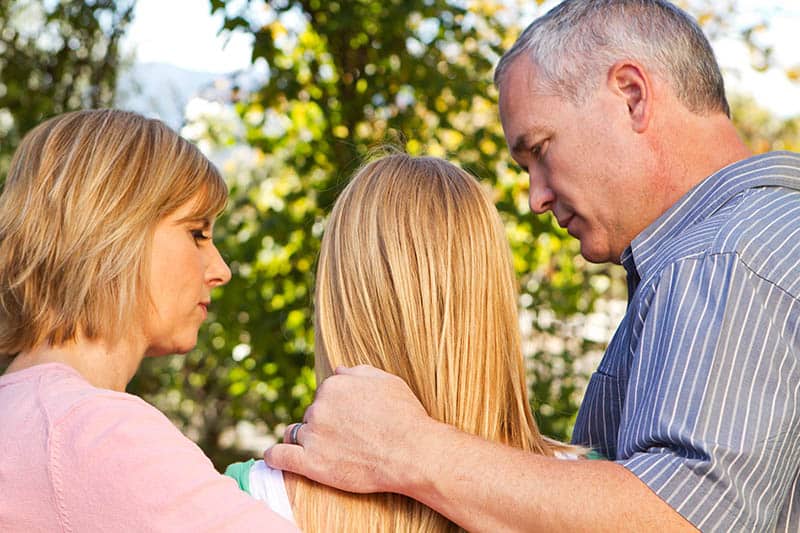 What is a rebellious child? And why should parents not rush to label their child rebellious?

From time to time, you hear that young people are extremely rebellious towards their parents.

Maybe you even know of a family in which an adolescent seems to be out of control and downright defiant.

However, it’s not always easy to judge whether a child can really be described as rebellious.

Moreover, it may be difficult to understand why some kids are rebellious and others (even from the same family) aren’t.

What should parents do if they suspect that one of their children is in danger of becoming unruly?

To answer this question, we must first consider what a rebellious child is.

A rebel is, in simple terms, someone who is persistently disobedient to authority, deliberately opposing or defying it.

So, it’s quite normal that all children occasionally oppose parental authority or the authority of others.

This is especially true when they’re going through adolescence – a period of massive physical and emotional development.

Changes in life cause stress in every person, and growing up is a time of constant change. A teenager is in the middle of a transition from childhood to adulthood.

This is why some parents and children find it difficult to get along with each other in the teenage years. While parents often try to slow down the transition, teens want to speed it up.

It’s important to note, however, that a few disobedient acts don’t automatically label someone as a rebel.

Only a minority of teenagers have a serious level of stubbornness in adolescence.

But what about a strong-willed child who stubbornly rebels again and again, despite your best attempts to rein them in?

How is this rebellious behavior triggered?

What Causes A Child’s Rebellion? 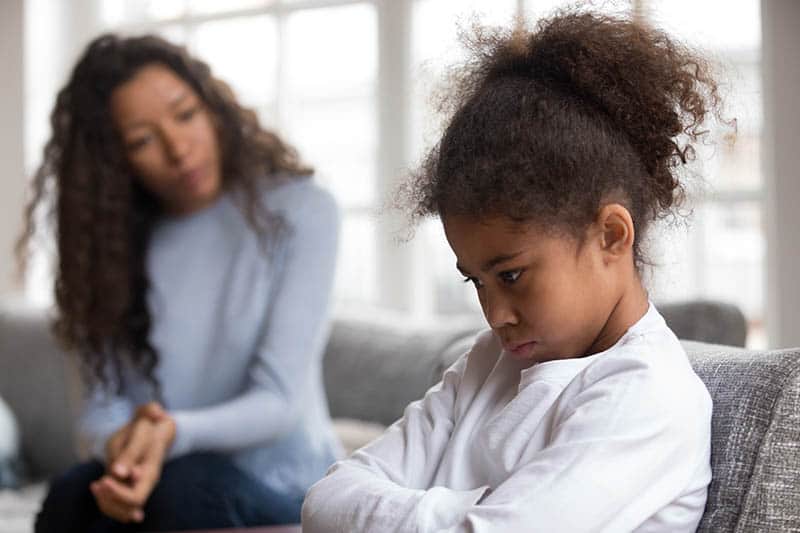 There are several phases in a child’s life that they must go through until they’re grown up, and often these occur in repeating intervals.

One major cause for rebellious behavior is the child’s home environment.

For example, if a parent is addicted to alcohol, uses drugs, or is violent towards his or her spouse, a young child’s outlook on life can be twisted.

Even in relatively quiet families, a child may be upset and prone to rebellious outbursts if they feel that the parents aren’t interested in them.

Some kids turn away from their parents’ expectations and are determined to go their own way, particularly if the parents are very religious and largely shield their children from “perilous worldly dangers.”

Another thing that often brings out the rebel in kids is unbalanced parenting (see Colossians 3:21).

Others, on the other hand, are too tolerant and don’t provide enough guidelines to protect their inexperienced young child.

They may confuse love with excessive tolerance and refrain from establishing clear, consistent, and sensible rules – and enforcing them – as well as taking loving disciplinary measures.

Such tolerance can cause kids to disregard parental authority or any other kind of authority (see Ecclesiastes 8:11).

It’s not always easy to find the middle ground between these two extremes of parenting.

Different kids also have different needs – one child may need more supervision or discipline than the other.

What Does The Bible Say? 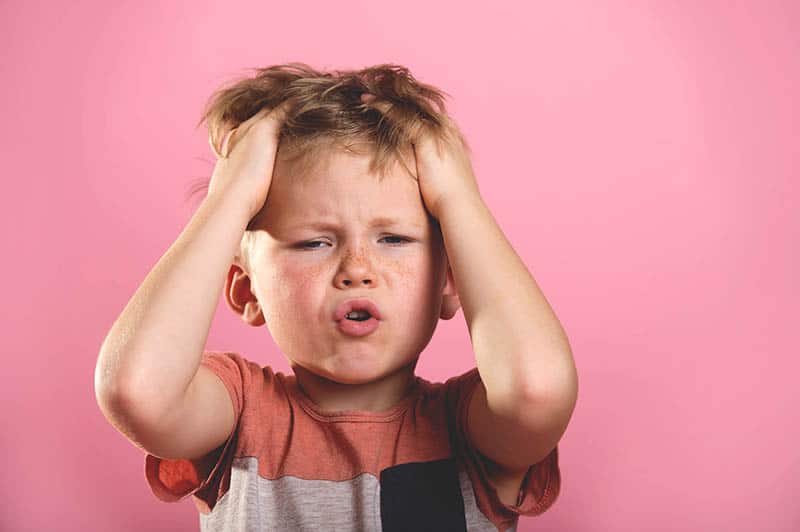 Let’s look at Matthew 21:28-32 (NIV) where, just a few days before Jesus died, he raised a thought-provoking question in front of a group of Jewish clergymen.

We know this scripture in God’s Word as The Parable of the Two Sons:

There was a man who had two sons. He went to the first and said, “Son, go and work today in the vineyard.”

“I will not,” he answered, but later he changed his mind and went.

Then the father went to the other son and said the same thing. He answered, “I will, sir,” but he did not go.

Which of the two did what his father wanted?

“The first,” they answered.

Here Jesus emphasized the rebelliousness of the Jewish leaders, likening them to the second son who claimed obedience, but did not do the will of the Father.

Many Christian parents will recognize that Jesus’ parable was based on a good understanding of family life, where a rebellious child would promise to do his parents’ will and then proceed to not keep his promise.

As he aptly illustrated, it’s often difficult to say what young people think or what they will do. After all, a young person may cause many problems in his youth, only to turn out to become a responsible, respected adult.

This is what we should think about when we are dealing with the problem of rebellion in adolescence. 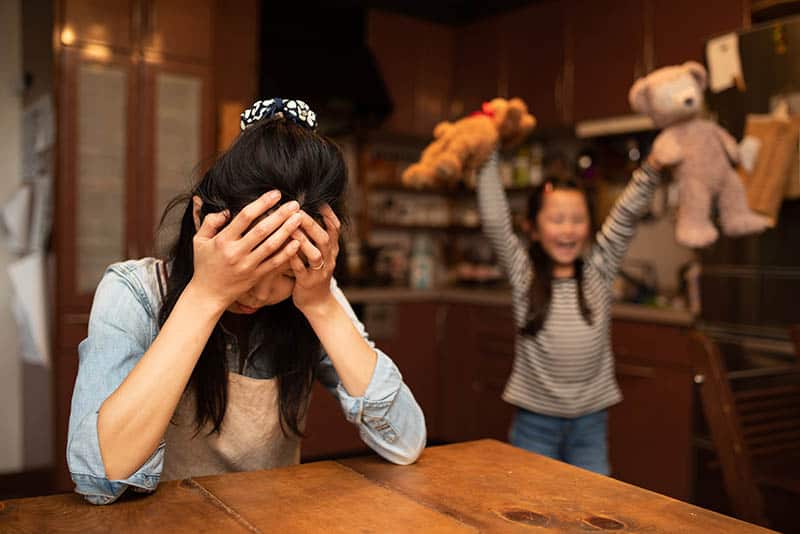 The rebellion phase usually starts in the home and how parents personally deal with a problem.

But all’s not lost if you do find yourself having to deal with a rebellious teen or tween.

It’s comforting for parents to know that children tend to develop well as long as there is love, peace, and healthy discipline in the family.

In fact, many adolescents have managed to make fine adult specimens despite their unstable home environment.

Therefore, if your young ones have a home where they feel safe and know that love, affection, and attention will be given to them – even if that support is accompanied by reasonable restrictions and discipline (Hebrews 12:4-11) – they’re sure to become adults you can be proud of. 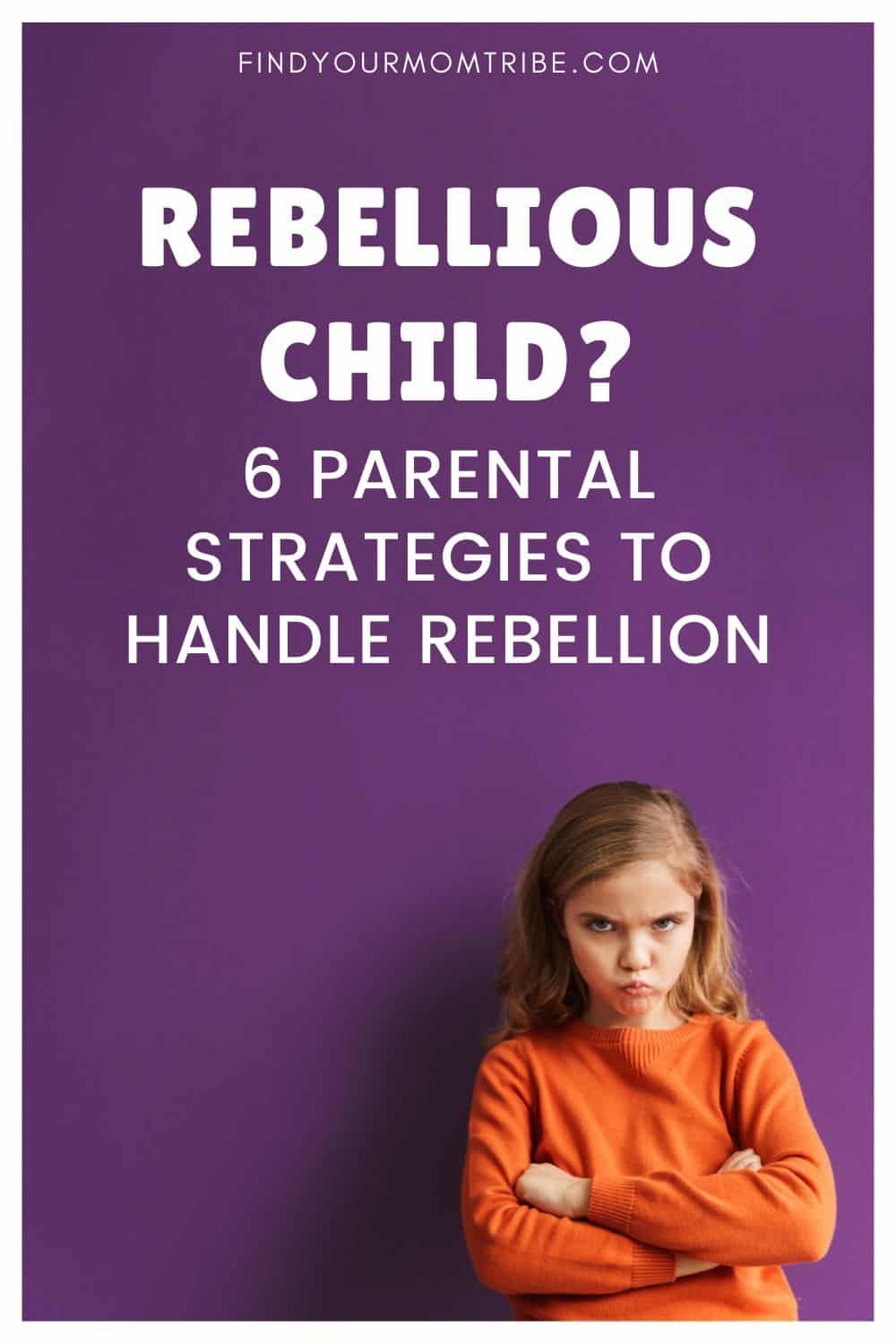