Many mothers wonder if caffeine and breastfeeding can work together, and if so, how much caffeine consumption is okay.

Caffeine is a compound that is contained in many teas, energy drinks, soft drinks, and, most importantly, coffee. It’s what helps us stay awake and alert throughout the day.

But, one thing you may not have known is that it doesn’t increase our energy levels, not really.

You see, what caffeine actually does is stifle the feeling of tiredness by blocking the receptors usually responsible for registering exhaustion.

It functions in a similar way that painkillers do, except it affects a different feeling altogether.

That being said, caffeine consumption is rarely ever dangerous on its own and the amount of caffeine needed to cause any actual health problems in a grown adult is considerable.

It’s mostly the exhaustion itself that’s the problem, therefore you shouldn’t be replacing sleep with cups of coffee if you can help it.
But, how does caffeine affect breast milk? Well, that’s what I’m here to share with you.

Caffeine And Breastfeeding: How The Interaction Affects Your Breast Milk 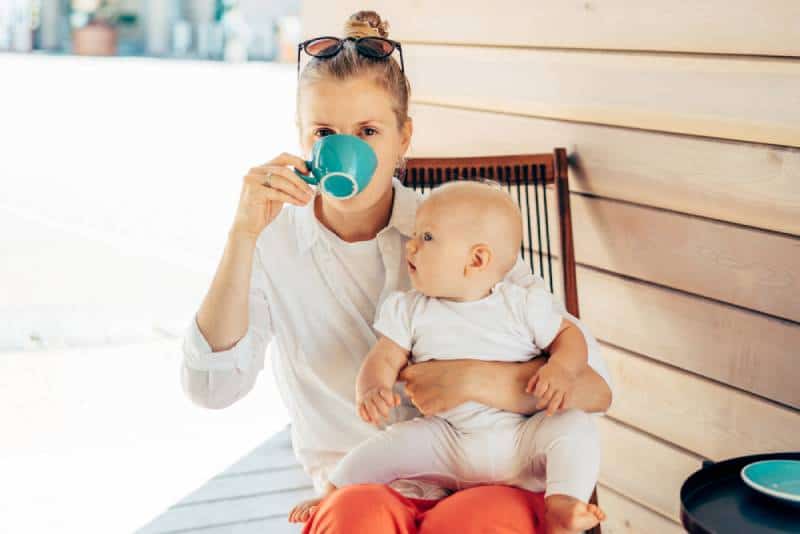 To understand this, we need to do a tiny bit of math first.
First of all, we have to know if our caffeine intake affects our breast milk in any way, and if so, by how much?

The answer to that is a rather small percentage. Approximately 1% of all caffeine content that we ingest is carried over into our breasts and mixed in with our breast milk.

While these levels of caffeine may seem minuscule in the eyes of breastfeeding mothers and most might just bat the statistic away, the truth is that it’s still a significant amount, for our little ones at least.

This is because while our bodies are fully developed, theirs aren’t.

This means that their kidneys and their liver cannot process things such as caffeine very quickly and it ends up lingering in their system for quite a bit longer than it does in ours.

And, if we continue consuming caffeinated beverages while continuing to breastfeed our kids, that amount is going to build up and cause a whole number of problems for them down the line.

For example, our bodies retain caffeine for about half a dozen hours while that of a newborn baby can have it lingering inside of his for over 70 hours, and that’s looking at the best-case scenario.

Considering their smaller proportions, that build-up can get quite high in comparison which is why mixing caffeine and breastfeeding can lead to some unwanted issues.

How Much Caffeine Are Breastfeeding Women Allowed To Consume Without Issue 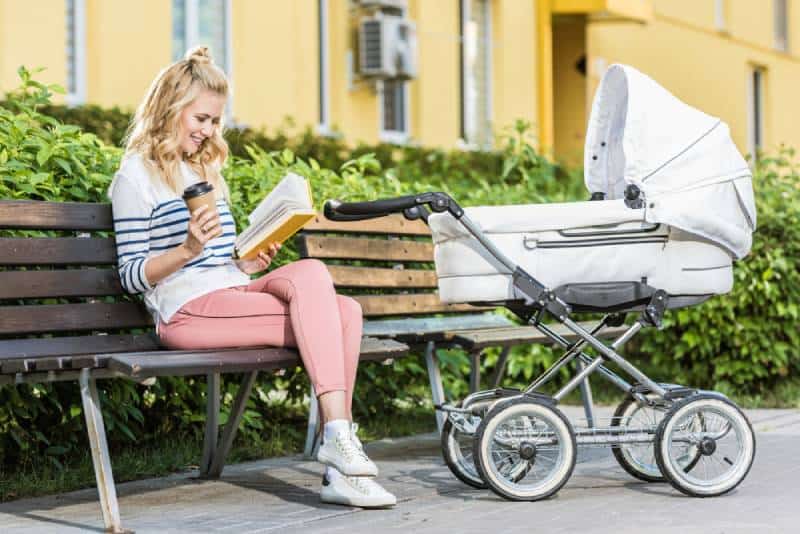 While the numbers tend to vary from study to study, the current maximum safe amount of daily maternal caffeine consumption as determined by the American Academy of Pediatrics is around 300 mg of caffeine.

Any more and you’ll start seeing the aforementioned issues popping up with your kids and that’s definitely something you likely want to avoid.

After all, there’s no need to create unnecessary difficulties for your child during his most important developmental baby leaps.
This amount allows you to enjoy around 1-2 cups of some nice, black coffee a day, but that’s about it.

If you start seeing the problems, mentioned later in the article, appearing even at a lower caffeine intake, especially infant nighttime waking, you may want to schedule an appointment with your lactation consultant (IBCLC) and see if there are any underlying problems.

My personal suggestion, and the suggestion that your consultant or any other healthcare provider is going to give you, is that you should just attempt to go caffeine-free through careful dieting so you don’t go into a caffeine withdrawal.

By gradually eliminating all sources of caffeine and relying instead on a proper sleep schedule and regular exercise as the replacement, you’re going to start feeling like an entirely different person, a healthier one.

Both your body and your child will thank you for it in their own ways. If you’re still craving a mug of java every now and again, don’t go for regular instant coffee, get some decaf instead.

Again, a caffeine-free diet is absolutely not mandatory and you shouldn’t feel pressured to follow it, although, if anything, try to at least swap from coffees to herbal teas until your child transitions out of the breastfeeding period.

Green tea is usually the best replacement for it but you should still take care to drink it in moderate amounts. 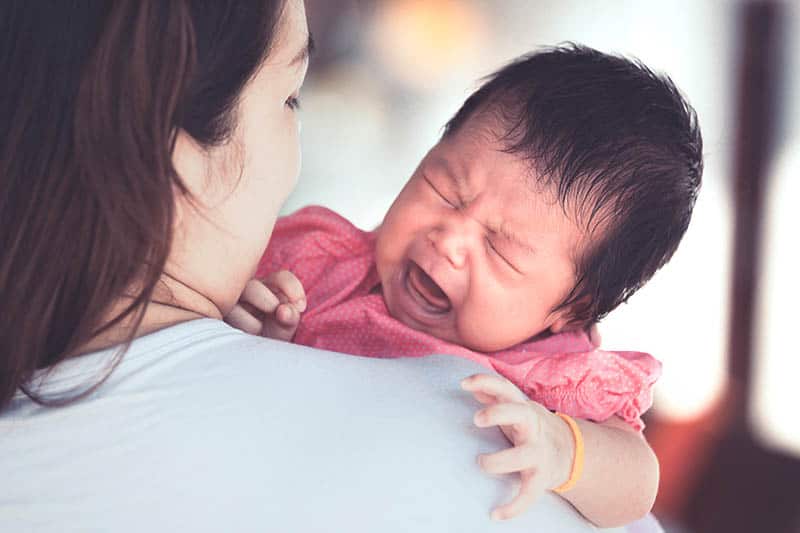 The main problems that you may start noticing in your little one when you’ve had one too many espressos are mild in the beginning.

Fussiness is the first issue that comes to mind and, depending on the amount of caffeine that you’ve ingested, the levels of it may vary, though none of it is likely to guarantee you a good time.

You may also notice your child starting to experience a mild case of the jitters as their body will appear as though it’s almost vibrating. This is from the excess caffeine that was unable to be processed quickly enough.

In some more severe cases, you’ll start noticing an increased heart rate, your child having difficulties falling asleep, or your baby waking up too early.

These are all the standard effects of caffeine when anyone’s body is trying to work through the excess, especially your child’s.
That said, your baby isn’t the only one that’s going to be affected from having too much caffeine in their system, you will too.

The only thing you won’t exactly be is fussy, not in the same sense as your child might be. Instead, you’ll start feeling more nervous or anxious about everything as those all too familiar pangs of stress start to kick in from the sheer caffeine overload.

A note: Consuming things that contain caffeine will not decrease your breast milk supply if consumed properly.

This is a rather common misconception in the mothering world and more an old wives’ tale than actual fact.
There is nothing that indicates that caffeine intake affects the supply of mother’s milk in breastfeeding women.

Moreover, there are some studies that have shown breastfeeding moms getting an increase in overall milk production levels from consuming controlled and appropriate amounts of caffeine while breastfeeding.

So much so that they’ve started including it in small amounts to their breastfeeding diet.

Everyday Items That Contain Caffeine In Them 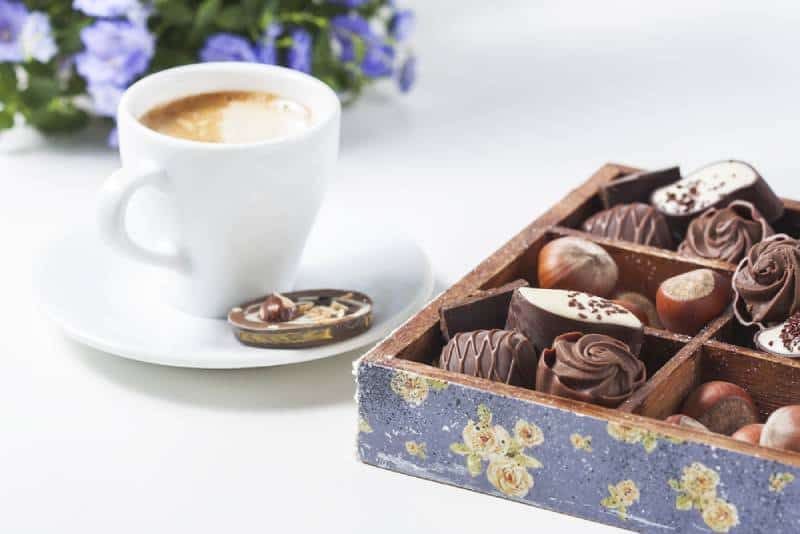 It’s not just the coffees, the teas, and the soft drinks that house caffeine, there are many other products that contain traces of it as well.

Some of the most common examples include, but aren’t limited to: some over-the-counter medication (make sure to read the ingredients carefully), various coffee-flavored foods, chocolate, and chocolate-based products, as well as herbal products that are made with yerba mate, guarana, or kola nuts.

If you’re an avid practitioner of alternative medicine, definitely make sure to note just how much caffeine you’re ingesting to control it based on the 300 mg suggested limit.

The worst part is that it is nigh-impossible to estimate the amount of caffeine in every single one of these products since it varies depending on how they’re brewed/prepared from brand to brand.

That being said, it’s a bit simpler for drinks as they usually have some established estimates.

Decaf coffee is the definitive leader when it comes to caffeinated drinks with an average of only 3mg of caffeine in an 8 oz serving, meaning it’s probably the best go-to if you’re trying to take caffeine out of your diet.

The runner-up spots belong to hot chocolate and iced tea respectively with the former averaging at about 20 mg of caffeine in the same serving while the iced tea has about 25-30 mg in it.

The next best options are soft drinks and green tea in particular, the green tea coming in at about 30-40 mg with sodas coming in at an average of 35-40 mg shockingly enough.

Then come all the other teas with 65-80 mg on average with high variations depending on the type of tea you’re trying to prepare. Again, shockingly enough more than soft drinks in general.

And, the final two are energy drinks and straight-up brewed coffee. Energy drinks average a whopping 100 mg of caffeine while coffee remains the biggest offender with well over 130-150 mg of caffeine (and can go up to about 200mg depending on the kind brewed) per serving.

Keep in mind that many of these numbers are just rough estimates and you should try to stay as far away from the limit as possible just in case, for your baby’s sake.

One thing in particular that I have to mention is Starbucks coffee. Those things are absolutely brimming with caffeine to the point where even one small order caps you out on your daily allotted dose of caffeine.

It does more harm than good and you’d do well to ditch your daily cup every day before work.

Caffeine and breastfeeding tend not to go so well together if lactating women can’t control their caffeine intake and that’s because a small part of it gets transferred over to human milk and then to their little ones.

The Centre for Disease Control (CDC) states that young, newborn babies tend to process caffeine a lot slower than that of kids who are past the breastfeeding stage and especially full-grown adults.

Should their digestive system be exposed to too much caffeine, they’ll start experiencing the usual effects of excess caffeine intake like sleeplessness, jitters, increased heart rate, and overall fussiness.

And, when you take into account that babies have to sleep for most of the day, the lack of sleep, among other issues, is going to start creating some problems in their overall development.

So, do keep in mind that you may have to change your drinking habits when the overall health and well-being of your kids starts coming into question. We have to make sacrifices for our kids and this is but a temporary one until they’re off the breast.

Once that’s done, you’re safe to go back to your old habits without fear of endangering your child’s sleep cycle or anything else based on what you consume.

However, if you do follow the 300 mg limited intake rule, should your child start showing signs of excess caffeine in his system regardless of the amount you’re consuming, do go and visit a doctor, a lactation consultant, or any other form of qualified healthcare provider to get a proper diagnosis.

READ NEXT: What Not To Eat When Breastfeeding: Specific Foods To Avoid 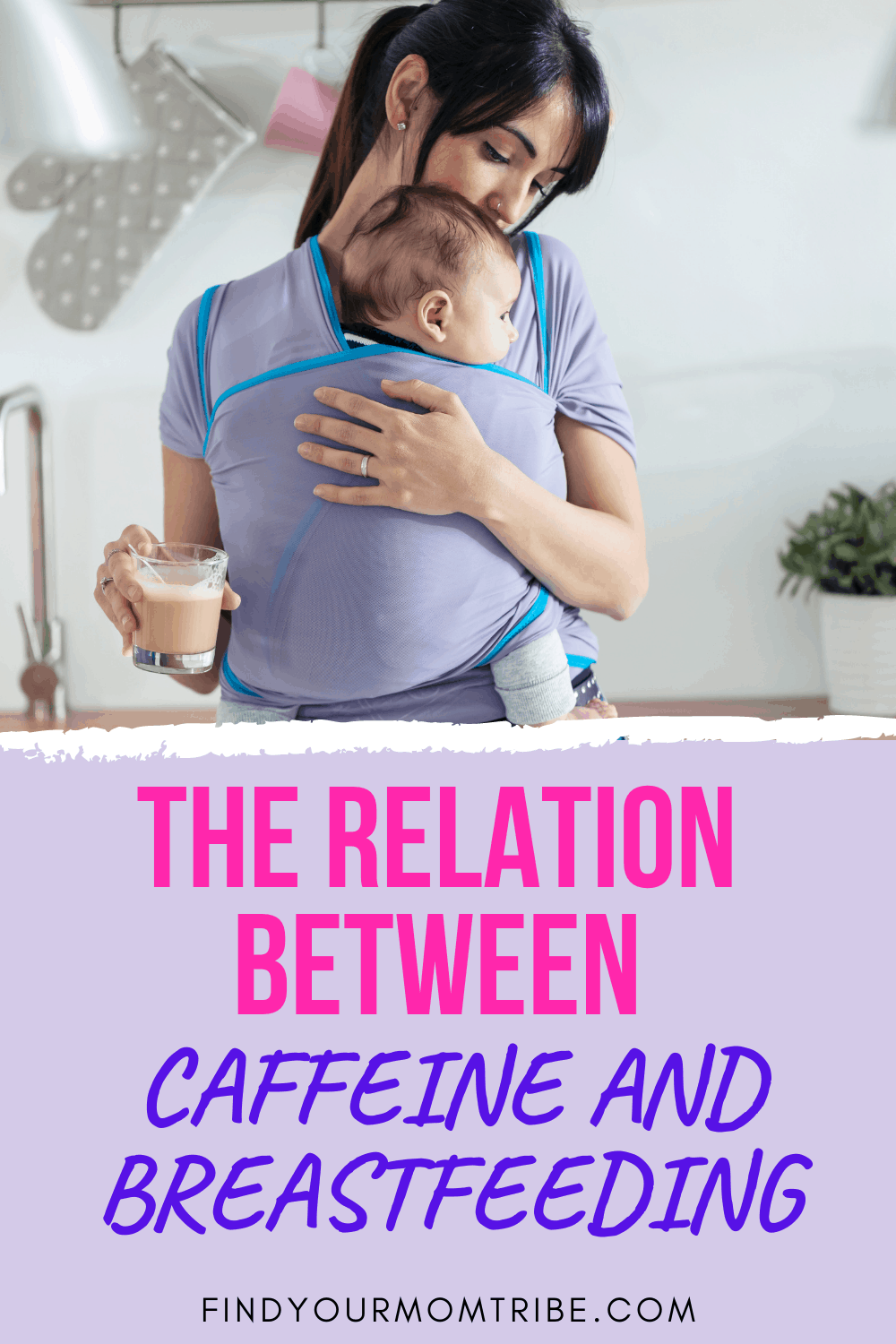