The name Ashley is a beautiful girls name, but you might be looking for a special way to address your daughter and be wondering what the best nicknames for Ashley are.

When trying to figure out good nicknames for Ashley, you don’t have to go too far.

There are dozens upon dozens of variations for this simple-sounding name that have a hidden layer of depth that this simplicity allows.

Whether you shorten it, expand upon it or simply morph it into a cutesy little name, I can guarantee that the result will be perfect regardless.

However, just because there are so many options doesn’t mean it’s easy to find the perfect nickname for your little girl as it can be difficult to pick just one.

That’s why I’m here to help you find some of the best nicknames out there for your child as well as shorten the list of your favorites so you can settle on one (or even two) of the options.

Read on to see some of the best nicknames that come from the name Ashley. Hopefully, some might strike your fancy. 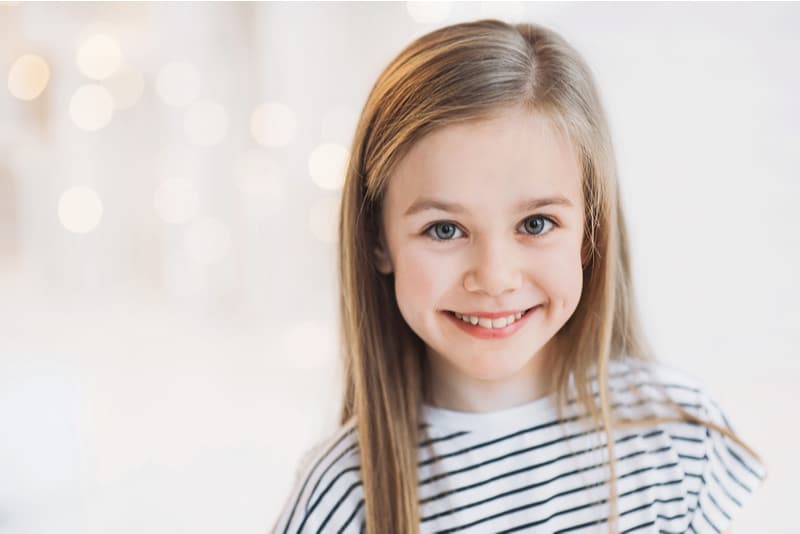 Before we get into the nitty-gritty, first we must look at the very foundation. Ashley is a name of Old English origin and is gender-neutral although it’s now mostly given to girls.

It’s a great name for a shy little girl and it’s a classic, so you can rest assured she won’t get picked over her name.

It means “from the Ash tree field” making it a very neat name inspired by nature.

It’s not one of the most popular boy names in its full form, but that’s where the nicknames come in to help give it a more masculine tone.

It’s a more popular name for girls as it lands in the top 100 names on global charts while it’s in the top 200 on US baby name lists which is surprising considering it’s a unisex name and those tend to place a bit lower.

Given its trending popularity, the name can be found amongst celebrities and fictional characters too.

One of the most notable ones is Ashley Tisdale, a former Disney child actress who has moved on to the big leagues.

Next we have Ashley Olsen from the Olsen twins, a famous celebrity sister duo who were once big movie stars but are now dedicated to their fashion label, The Row.

As far as actresses go, there’s also Ashley Judd, a very prominent name in the industry and an Emmy award winner.

Finally, as far as fictional characters go, there’s the unforgettable Ashley Abbott from “The Young and the Restless” which is a well known soap opera.

Most Popular Nicknames For Ashley 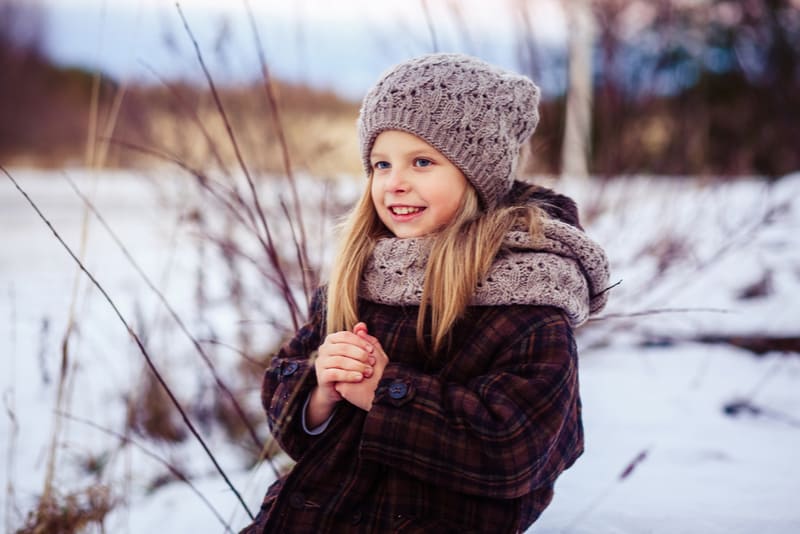 To start things off, it’s best to go with what are currently considered some of the most popular nicknames for baby boys and girls alike. Here’s a list of the best ones: 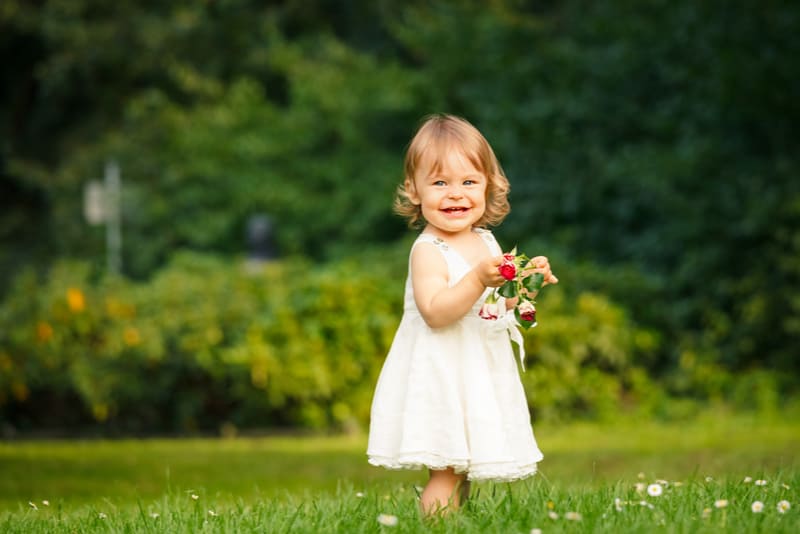 When you’re not in the mood to go with the flow and you’d rather go against the grain, most parents gravitate toward some of the funnier nicknames instead.

They’re great to use between family members as they’re sure to get a smile out of either your child, you, or another member of the family. Just try not to use it around their friends if it has the potential to sound embarrassing.

That said, here are some of the best funny nicknames to choose from: 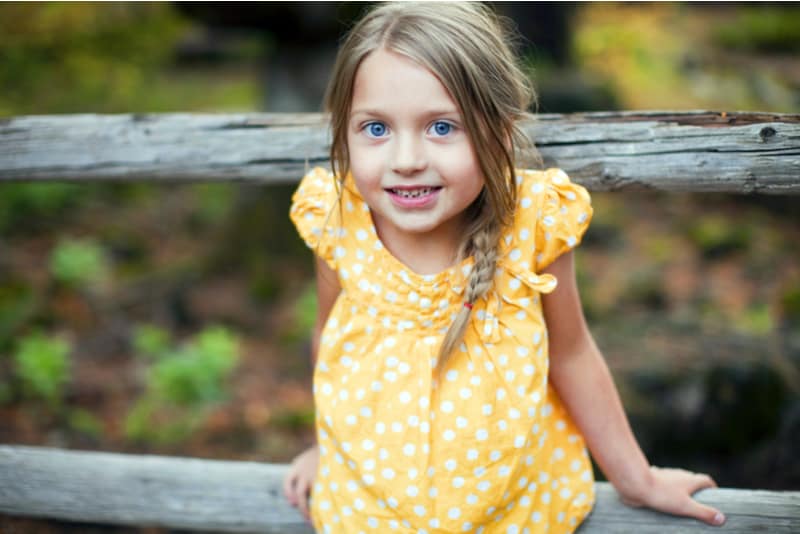 Nicknames don’t always have to be funny or have some deeper meaning, some can just be cute for the sake of cuteness. They might sound silly at times, but that’s what makes them fun.

The following cute names are probably best-suited to be nicknames for baby girls, but some can be attributed to boys too – I won’t judge.

Here are some of the best examples of cuteness for Ashley: 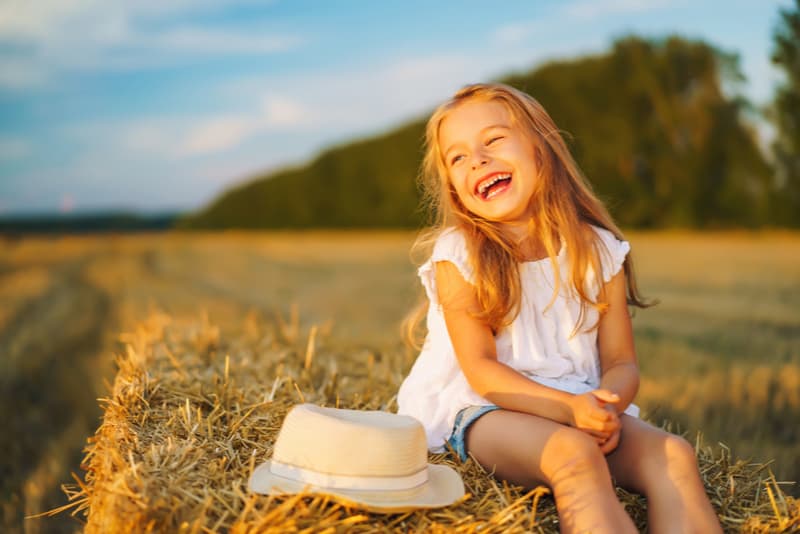 Do you like puns or nicknames that rhyme? Then this list of witty nicknames was made for you. Ashley rhymes with a lot of other words that sound fun when paired together, like Stashley or Ashtree.

Here are some other clever nickname ideas: 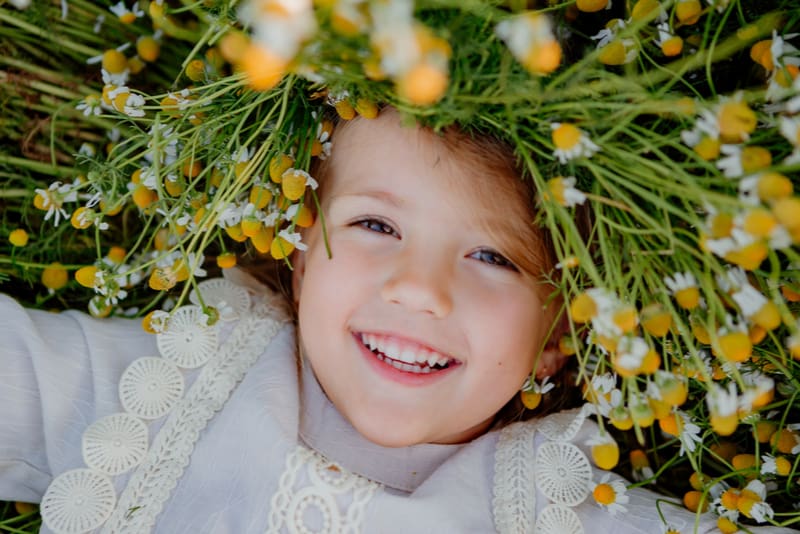 Nicknames aren’t everything though, nor are they mandatory. After all, you already have the middle name as an option. They’re a lot more practical and easier to think of since they aren’t as bound to the first name as the nickname typically is.

That said, they should still make sense together, so don’t go too wild. They’re often easier to come up with as you likely already have a list of names you liked but that you didn’t choose because you picked Ashley.

Some of them could make a triumphant return.

With that in mind, here are some of the most popular ones if you’re still looking: 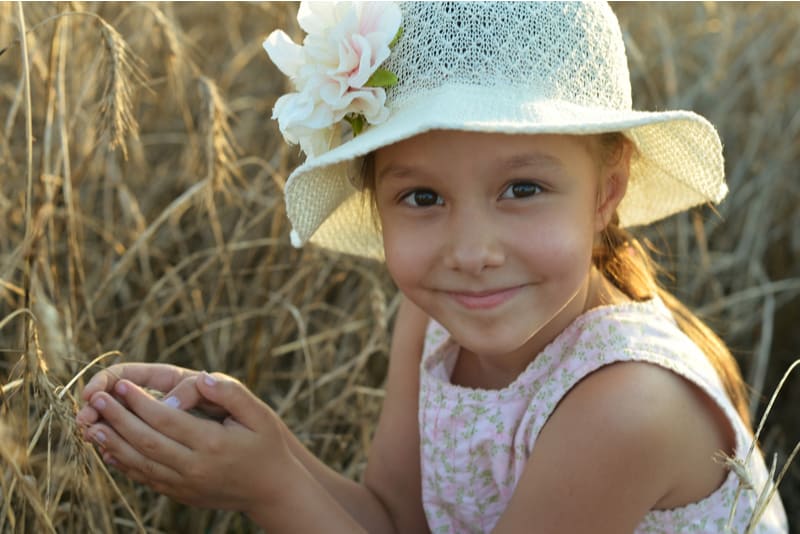 That certainly was a lot of different middle names and nicknames to choose from. However, I’m sure that some of you still aren’t satisfied with the options given, or maybe you still just want to try giving it a go yourself rather than picking one randomly.

It may feel a lot more rewarding in a sense to come up with one on your own by going through the special memories and moments you and the special Ashley in your life have created over the years, good or bad.

That said, it can be difficult to find a place to start from, lucky for you I have 4 solid pieces of advice that can serve as inspiration.

They’re going to be a great help in figuring out the best nicknames for Ashley or any other name should you decide to expand your family.

Ancestry is a powerful tool when trying to find the best nickname or a suitable middle name for any of your kids.

You get to knock out two birds with one stone.

On one hand you’ll have a good selection of names to give to your son or daughter, and on the other you’d also be honoring the family members who came before you.

Just be careful not to pick an outdated name or a name that sounds awkward or offensive when combined with the first and family name.

When you finally do pick the middle name, you can form a cute little nickname that’s just 2 letters like AJ or AB, etc.

2. Use your maiden name 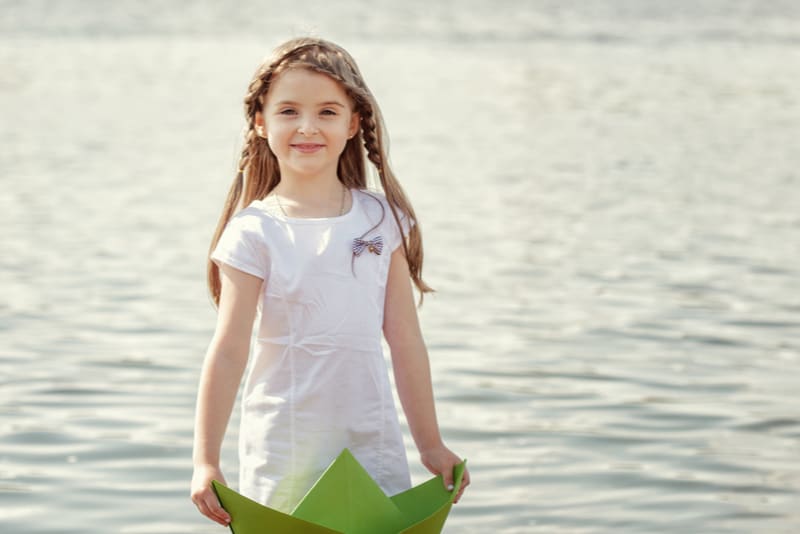 Perhaps you changed your last name when you got married and you’re planning on the kids having their father’s last name as well. But this doesn’t mean that your maiden name should completely disappear.

A lot of moms decide to use their maiden name as their child’s middle name which is a tradition that exists in some shape or form in other cultures around the world as well. Try it out and see what it sounds like!

Many parents-to-be create a list of potential names for their baby when they’re expecting, one if it’s a boy and one if it’s a girl.

They’re usually filled up with dozens of names that get shorter as the due date gets closer, but only one ends up prevailing. In this case that would be Ashley. But, what about the runner-ups?

Well, nothing says you can’t use them anymore. Simply take some of the ones that were the closest contenders and choose one of them to be a middle name, or, better yet, if they sound similar to Ashley, they can be a nickname for your child.

Finally, memories are some of the most important things to treasure in this world for every person, the same goes for you, your partner, and your child.

If there are some places you’ve visited in the past whether only with your partner or with your baby and you’ve made some great memories there, use the name of that place as inspiration for your child’s new nickname or middle name.

Put your own spin on it and it’ll come out as both unique and special, as well as be a great reminder of all the fun times you had creating memories in that place. 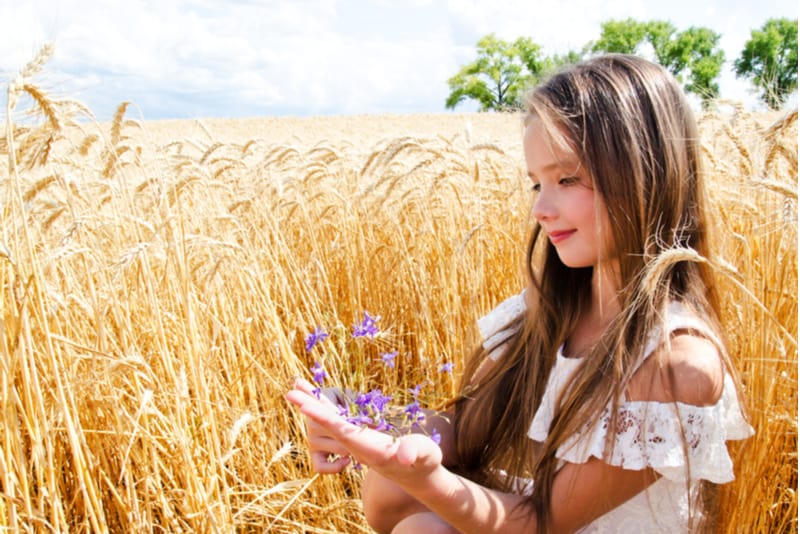 Ashley is a popular name for a reason, a lot of highly regarded celebrities and personas carry the same name. Some of them can work as great role models for your child when growing up!

Here are a few of the many famous people carrying this lovely name:

• Ashley Tisdale – Former Disney actress who has made it to several Hollywood productions.

• Ashley Johnson – Voice actress and part of Critical Role which is an online Dungeons & Dragons streaming company and community.

• Ashley Judd – American actress famous for her role in the TV series “Minds”​.

• Ashley Olsen – One of the Olsen twins and a notable fashion designer. 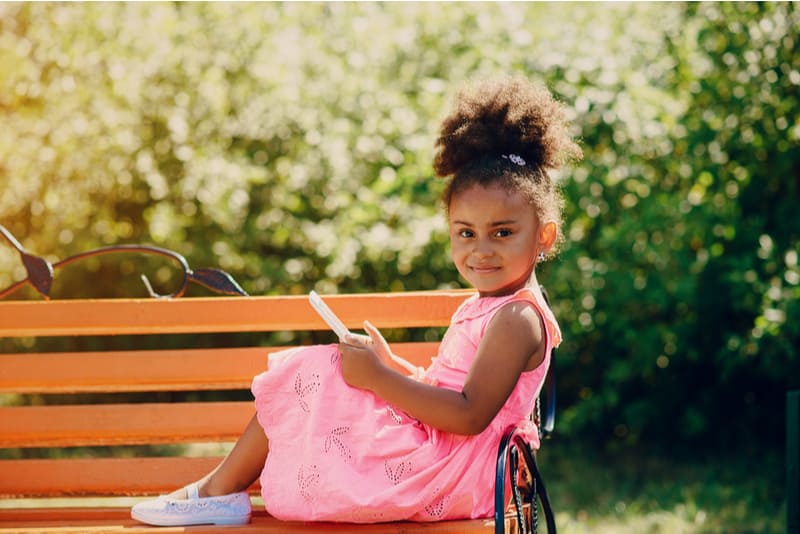 There’s a great number of nicknames for Ashley out there which can make it super difficult to choose just one.

It’s a very versatile name that can certainly stand on its own, but it’s always nice to have a backup just to add a little bit of silliness between family members.

Though it’s all fun and games, do make sure to not come up with a name that might be a bit too much or too awkward for the child as they may end up getting bullied for it in school.

While some of the more out there nicknames might be tempting, I feel that it’s best to start with some more tame ones.

There’s always the option of coming up with one of your own too which might make things better, but make sure to stick to the same rules.

Finally, giving your kids a nickname is completely optional. Don’t force it and be open to changing it as they grow older.

That’s about it for this article though, mammas. Until next time. 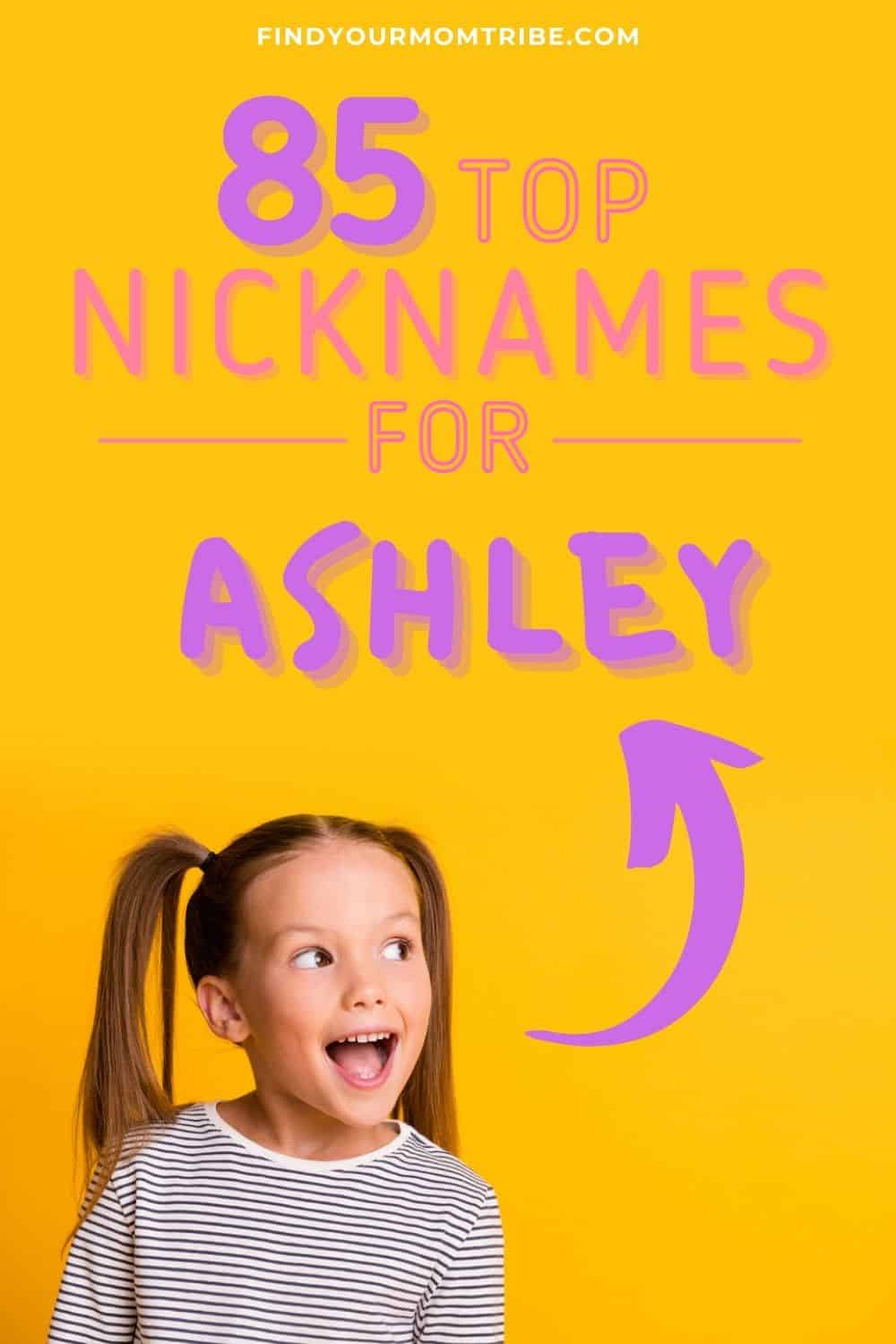 Cute Nicknames For The Name Ashley? All Answers

[…] 85 Beautiful And Creative Nicknames For Ashley […]