The name Katherine (or Catherine) is quite popular, but that also makes it rather common, so it’s not surprising that there are so many unique nicknames for Katherine, which we’re going to take a look at today.

Nicknames for Katherine exist in all shapes and sizes, some simple, some a bit more elaborate, but they’re all used in a variety of ways and inspired by different things.

The truth is, you can find a nickname in almost anything, but the most common sources of inspiration are the things that surround us or the individual’s personality.

Whatever the case, Katherine in and of itself is a rather elegant name for young women; very posh with an air of nobility surrounding it, so why would you want a nickname for it?

Well, nicknames are more than just shortening a name for a commodity.

They’re a product of love and are used to show affection toward the child; to show them they’re worth the time and effort invested into coming up with a special nickname tailored just for them.

I’ve gathered up a bunch of nicknames which best suit the name Katherine to give you some inspiration.

Before we get into them, though, it’s important to delve into the origin and meaning of this popular girls name.

Katherine has been quite a popular name over the course of history. It is of Greek origin and describes someone or something that’s ‘clean’, ‘clear’, ‘pure’, or whom ‘God has redeemed’.

The modernized version is Catherine, though there was another iteration of the name belonging to a saint that acted as a martyr in Alexandria, who went by the name of Aikaterine.

The popularity of the name can be traced back to the 3rd century, and has since been used by everyone from peasants to royalty, especially around eastern Europe.

Depending on the region where it spread, the name branched out into several other forms like Kaitlin, Katarina, or even Kathleen.

Today it still sits around the top 140 spot in the United States according to the babynames.com website.

Most Popular Nicknames For Katherine 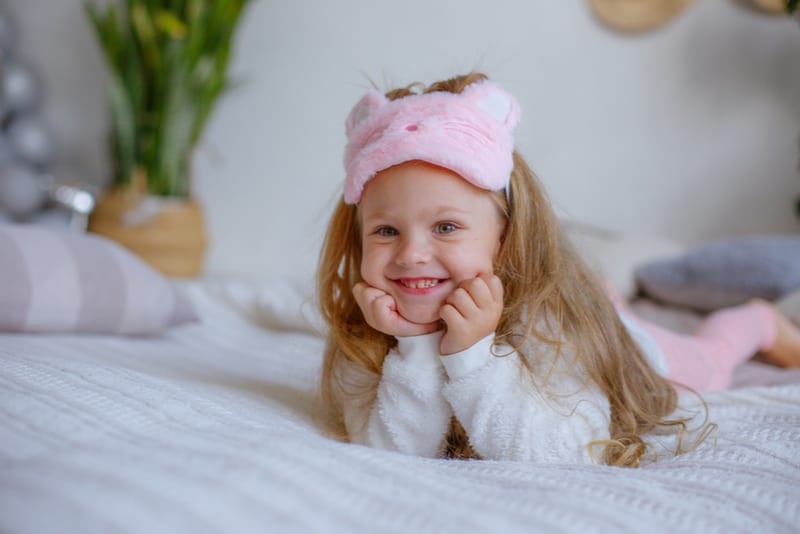 Some save the best for last, but I prefer starting off strong!

That’s why I put the popular nicknames at the beginning and the more specific, niche ones later.

Here are some of the most commonly used nicknames for Katherine: 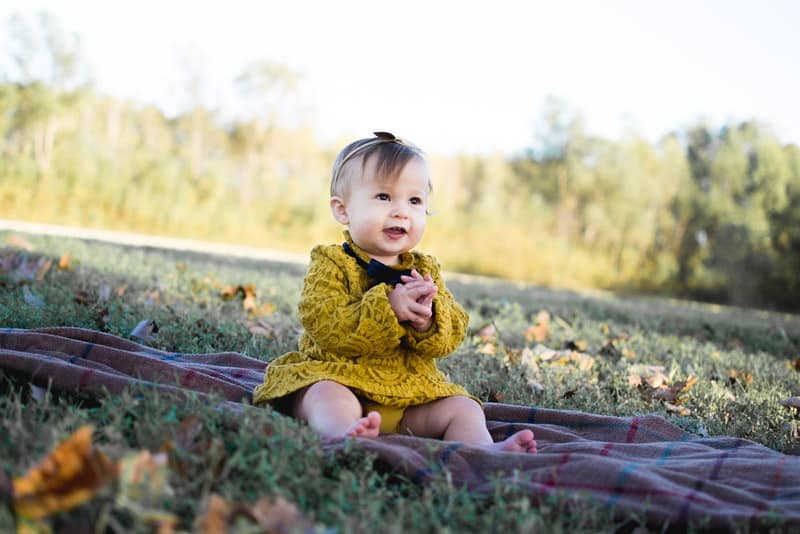 Where would we be if I didn’t have a list of cute nicknames for you? It is an article about a popular feminine name after all!

With that in mind, here are some of the most adorable nicknames I could find: 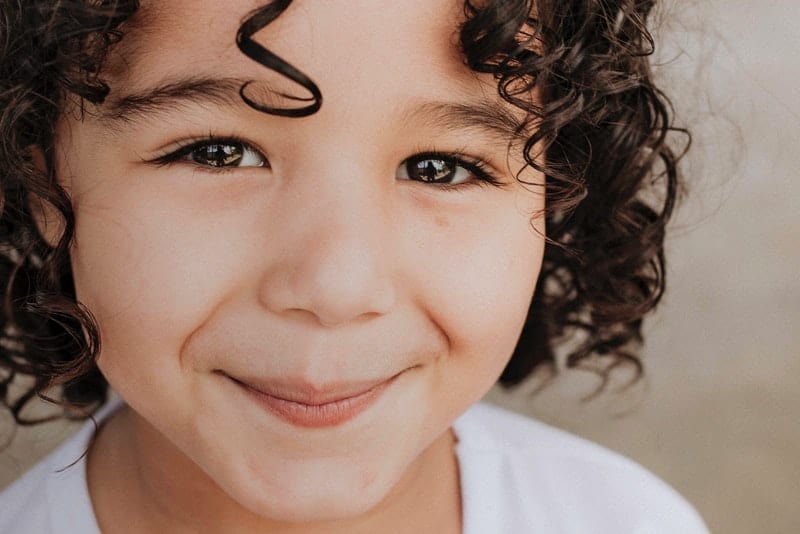 A nickname doesn’t always have to be completely thoughtful in the sense of having some grandiose meaning, sometimes it can be a little bit silly.

Try not to go too far though, as it may end up having the opposite effect and make her feel like you’re mocking her.

Keep it easy and lighthearted and you should be fine.

If you can’t, then keep the name to private use rather than risking your child’s confidence.

Here are a few of the most ‘on-the-nose’ nicknames for your little girl: 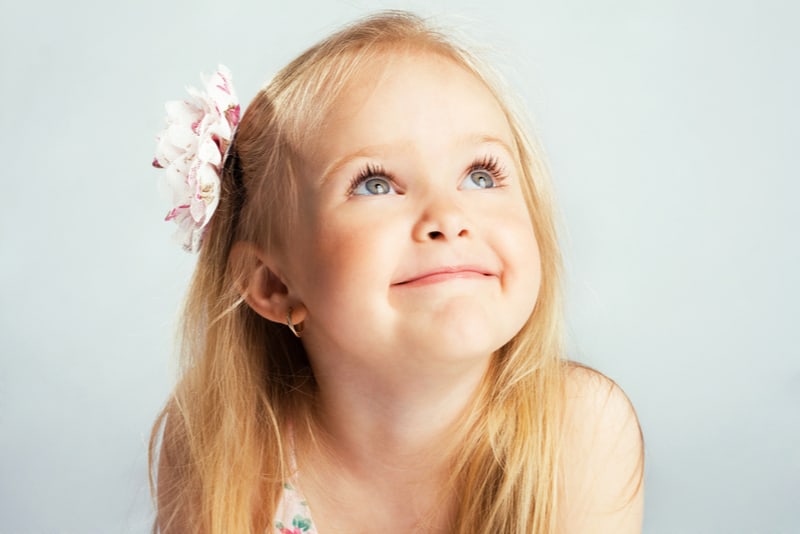 Many parents like sticking to what’s common and safe, while others like to experiment and find some of the rarer nicknames so their kids can feel a bit more unique.

Some are even so rare that they can double as boy names, such Kaitlan, an Irish spin on Catherine, or Ryne, an American word for ‘rule’ or ‘advise’.

This can be both a good and a bad thing depending on the culture your child is surrounded by and the kind of people they grow up around.

The risk of potential bullying over an unfitting name could also arise. However, if you decide to do this I’m sure you’ll figure out which ones work and which don’t.

Later down the line, your child will recognize her lovely and unique nickname and will love you all the more for it.

Here are some of the more uncommon options: 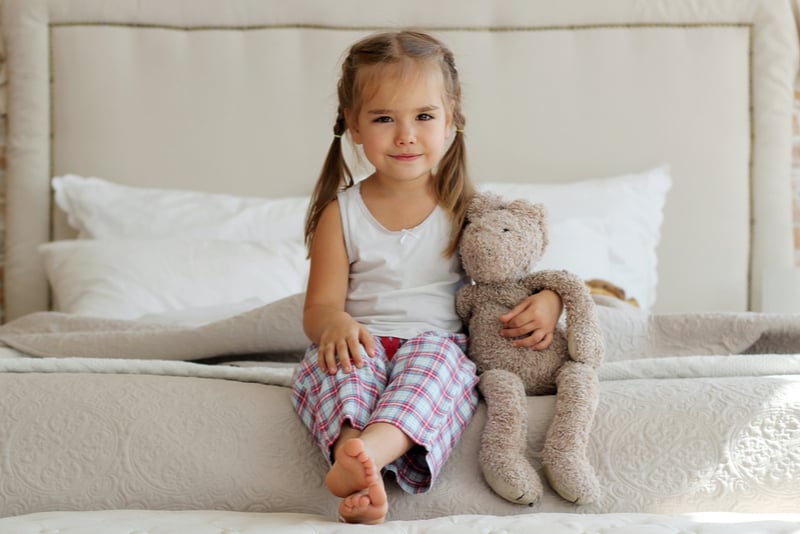 While being cute and funny can be entertaining, sometimes you’ve got to be the cool mom and make an equally cool nickname for your little Katherine.

It not only shows your love, but helps build confidence; which is very important in the early childhood years.

Now, I’m sure one of these might be right up your alley, but you should also try and experiment with some variants on specific nicknames to see if you can’t figure something new out: 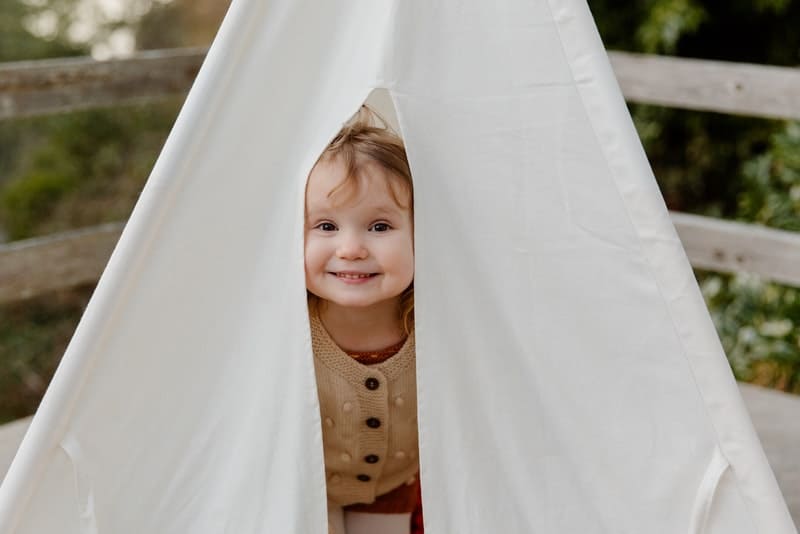 1. Your child’s opinion should be the most valued in this situation

When picking out a nickname, it’s not the child that needs to have their expectations restrained, but the parent.

Some parents get out of control trying to make a unique name for their baby, or go for something silly that may not sit well with their child.

It’s important to get your kiddo’s opinion during decisions like these because if you start shouting her pet name during a birthday party or in public, you might end up making her a laughing stock.

In that regard, children who are too young to mind are ones you don’t have to worry about in the nicknaming period. Do make sure to give it a bit of thought yourself so it doesn’t stick for life though.

That said, if you’re still choosing the name and you end up going for one that doesn’t really feel like it should be used in public spaces, then keep it within the family.

2. When in doubt, shorten the first name

While Katherine is a hard name to shorten, it’s not impossible.

Kate, Kay, Kathy, or even Cat all work as shorter versions that easily roll off the tongue and can be used in conversation a bit easier than Katherine, or can at least be used to alternate between the two.

They don’t stray too far from the origin, so these types of nicknames are arguably the best and most acceptable ones.

So, if you want to make a nickname of your own for your kids, try shortening their first name first.

Who knows, you might end up finishing rather quickly and won’t have to delve into the bigger nicknaming problems.

As we’ve seen with some of the nicknames above, using a shorter version of the person’s first name for an easier flow of conversation is always a good choice.

Every child is unique in her own way, and yours is no different.

There’s bound to be something she’s exhibited that’s been starting to catch everyone’s attention, yours most of all.

Some sort of skill, activity, or even favorite sleeping pose, all of these can serve as inspiration for a number of new nickname ideas.

Depending on how old your child is, it can be anything from her first words, a weird way that she pronounces things, or even some feat of athleticism if she’s old enough to already be in school.

Try and think really hard about what makes your child unique, what positive trait makes her stand out, and use that to craft her a new nickname that’ll feel a lot more relevant and significant than picking ones at random or from a site.

4. Try dipping into other languages

While English isn’t a bad language for names and nicknames, it’s also not the most diverse.

It’s always best to pick a few more that might give you an insight into a different naming world you can extract some precious gems from.

Latin names are a good choice as well as Indian, Hebrew, or Irish ones, so I suggest starting there first and then moving down the line. German isn’t too bad either and French can be a real delight.

So try looking into these languages if you want to find a more exotic nickname for your little angel.

Something I keep telling every parent is that their child doesn’t have to have a pet name.

It’s a completely optional thing, and if you can’t think of anything good then it’s better to leave it than risk potentially embarrassing your child for no good reason.

You might want your child to stand out as much as she possibly can, but that’s not always for the best as she could end up getting negative attention due to her nickname

They’re a lot shorter, can sound really cute, and are only 2 to 3 letters long.

Famous People With The Name Katherine

As I mentioned earlier, the name Katherine is quite popular, especially in the US.

In fact, many celebrities and iconic figures from fiction, all of whom could be great inspirations and role models for your dear child, share this name.

Here are some of the more notable ones:

• Katniss Everdeen – Played by Jennifer Lawrence, this bold Hunger Games character is sure to be an inspiration to many generations of young girls.

• Kate Winslet – A notable English actress, famous for her role in the Titanic as Rose.

• Katherine Pierce – One of the main characters of the Vampire Diaries series.

• Katherine Kelly – A notable actress from England, best known for her role as Becky McDonald in Coronation Street.

• Katherine Heigl – A former American fashion model turned actress, with her most praised role being Isabel Evans in the TV series Roswell.​​​​

• Catherine Zeta-Jones – An award-winning Welsh actress, with her most notable roles coming in the musical Chicago and the movie Traffic.

• Kate Middleton – Now known as Catherine, the Duchess of Cambridge, Kate, is a member of the royal family alongside her husband, Prince William, and was named as one of the 100 most influential people in the world due to her charitable work.

• Katharine Hepburn – Dubbed the greatest female star of classic Hollywood cinema, Katharine was an astonishing and headstrong actress and one of the most iconic cultural figures for women everywhere.

• Kate Moss – A British supermodel who rose to fame after her work with Calvin Klein, Kate continued that trend by becoming a designer of her own and further branching out in the fashion industry.

Over a hundred nicknames for Katherine were listed today. I hope that at least one or two have caught your eye or helped inspire you to design a unique nickname of your own for your child.

Whatever the case may be, make sure it comes from the heart and that you at least follow the rules for producing nicknames I mentioned above. Do this, and you’re certain to make something unique your child is bound to love.

Until next time, mamas. 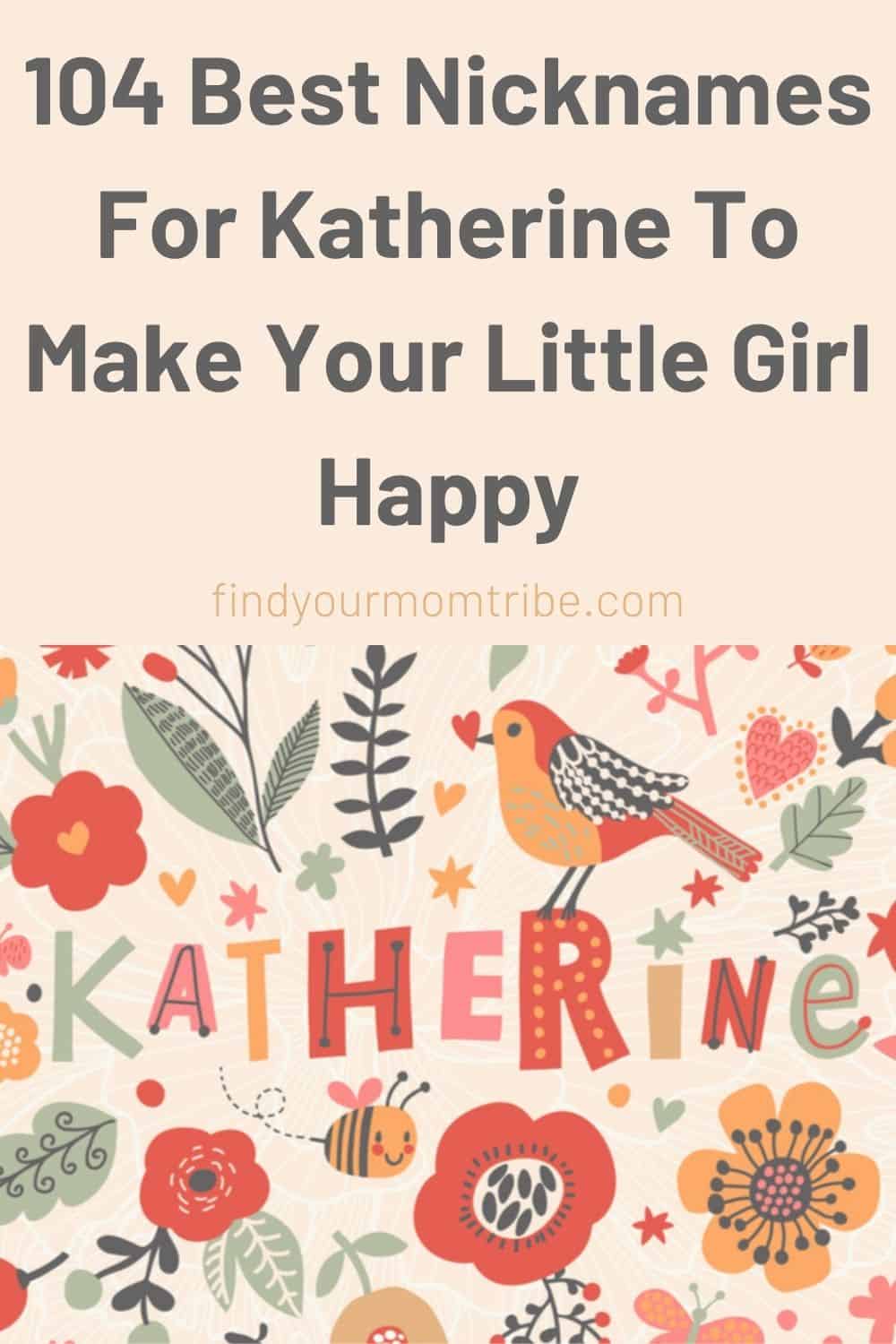