It’s easy to forget that pregnancy isn’t always smooth sailing! Your growing baby transforms your body inside out and while this is a beautiful transformation, it doesn’t mean it never has complications.

Velamentous cord insertion is a phenomenon where the umbilical cord is not inserted into the center of the placenta but into the chorioamniotic membrane, leaving the blood vessels unprotected.

The potential risks and consequences of such umbilical cord insertion are many, including hemorrhaging and being rushed in for an emergency C-section.

The baby might need to stay at the NICU for some time, and she might be born prematurely or with a low birth weight. The most extreme scenario is giving birth to a stillborn baby.

Thankfully, this condition is easily diagnosed during a routine ultrasound, usually during the second trimester.

Although there is no treatment, your doctor will closely monitor the rest of your pregnancy to make sure to catch any issues in time.

Don’t worry – it’s still possible for you to have a vaginal delivery, however, the final call will be up to your doctor and whether or not there are any other birth complications.

The Definition Of Velamentous Cord Insertion 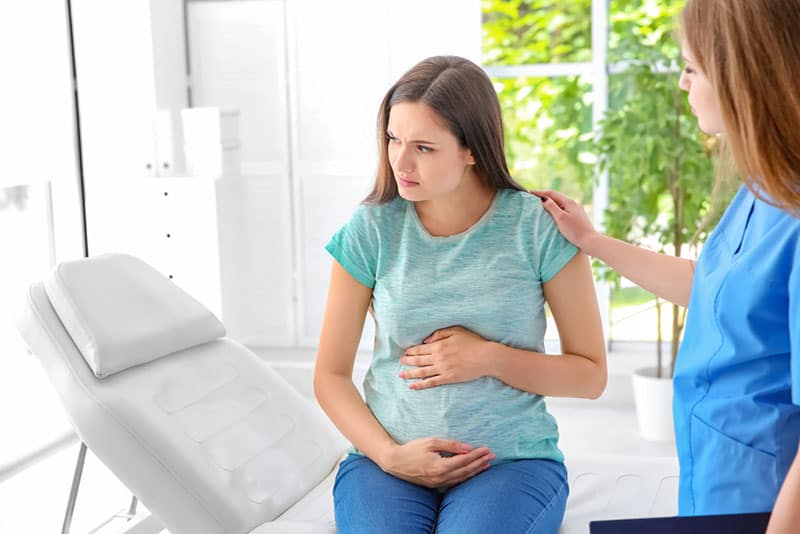 In a normal pregnancy, the umbilical vessels are inserted into the center of the human placenta and the blood vessels are protected by a substance called Wharton’s jelly.

During velamentous cord insertion, however, the umbilical cord inserts itself into the chorioamniotic membrane, rather than the placenta.

Wharton’s jelly, the substance that’s supposed to protect the blood vessels, is missing, leaving the vessels exposed and unprotected.

Another type of abnormal cord insertion is called a marginal cord insertion. It happens when the umbilical cord is inserted into the edge of the placenta, which is not as thick as the center.

As mentioned above, this condition is quite rare. According to the International Vasa Previa Foundation, it occurs in only 8.7% of twin pregnancies and 1.1% of singleton pregnancies.

With the incidence being so low, there is no need to worry that you will be diagnosed with this abnormality, especially if you aren’t carrying multiples. 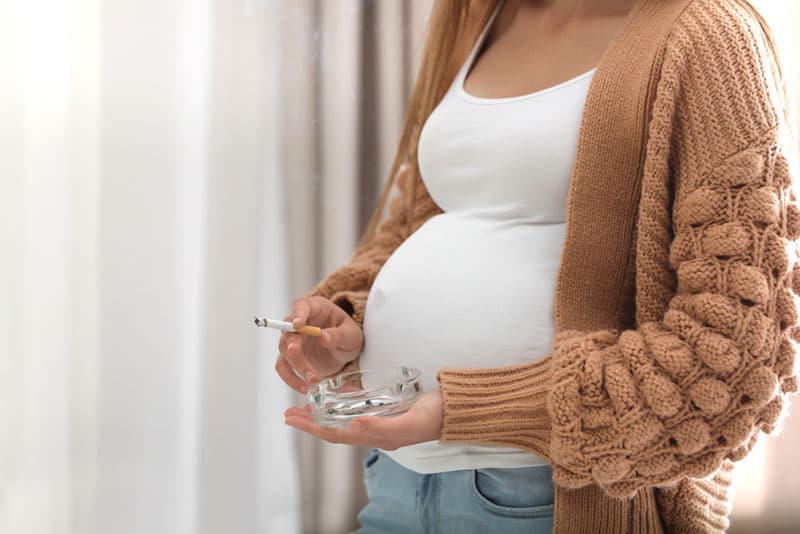 Even though the prevalence of this condition is low, any pregnant woman would be anxious to know of any factors that put her at a higher risk of developing this type of placental cord insertion.

Scientists aren’t sure what leads to velamentous insertion – it might have to do with a process called placental trophotropism, a term which describes the tendency of the placenta to move closer to areas with increased blood flow.

Although the exact cause of this condition is still unknown, there are certain factors that could put you at an increased risk of developing it.

Here is a brief overview:

• You are pregnant with monochorionic twins;

• You have vasa previa;

• You have placenta previa;

• You became pregnant with the use of assisted reproductive technology;

• Umbilical cord has only one umbilical artery;

In the case of monochorionic twin gestations, the twins share one placenta. According to J. Rocha et al (2012), velamentous insertion happens in around 15% of such pregnancies.

Vasa previa, on the other hand, is a condition where the blood vessels inside the umbilical cord or placenta are located between the baby and the birth canal opening.

This condition carries significant risks, as there is a possibility of hemorrhage during labor.

Thankfully, vasa previa can be diagnosed early in the second trimester by using color Doppler and transvaginal sonography. According to S. Baulies et al (2007), the prenatal diagnosis of this condition helps prevent fetal death.

When it comes to placenta previa, this complication arises when the placenta covers the cervix, either partially or completely.

Symptoms of placenta previa include vaginal bleeding that’s usually painless and appears during the second half of the pregnancy.

Furthermore, C. Ebbing et al (2013) found that advanced maternal age and the use of assisted reproductive technology to conceive also had a role to play in the placental cord insertion site.

Finally, R.E. Bohîlțea et al (2016) also write that an umbilical cord with only one umbilical artery poses another risk factor. 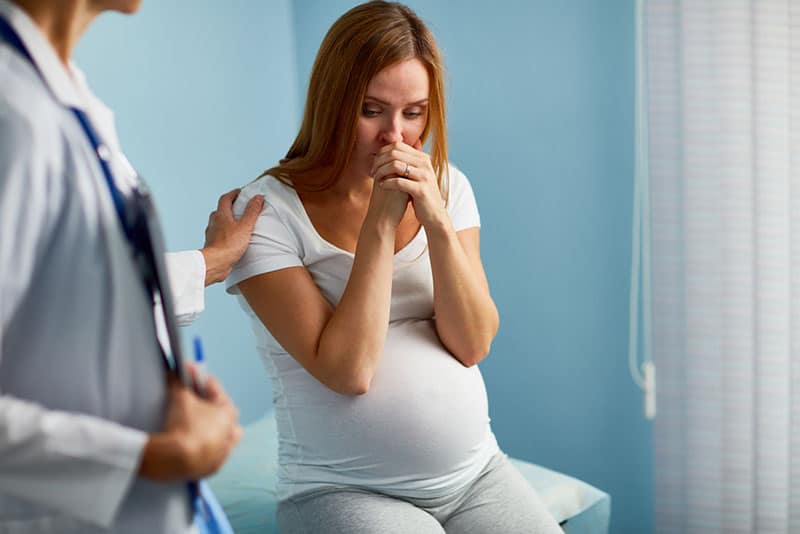 Although it’s possible to diagnose velamentous insertion during the first trimester (W. Sepulveda, 2006), a diagnosis is usually made in the second trimester, during an ultrasound appointment.

Furthermore, there are symptoms that can indicate velamentous insertion of the umbilical cord, such as low levels of alpha-fetoprotein and high levels of human chorionic gonadotropin (hCG).

It’s also possible to have vaginal bleeding during the last trimester of your pregnancy.

That being said, some women have no symptoms of velamentous or marginal cord insertion; this is why it’s so important to go to all of your prenatal appointments so that any abnormalities can be detected and monitored on time. 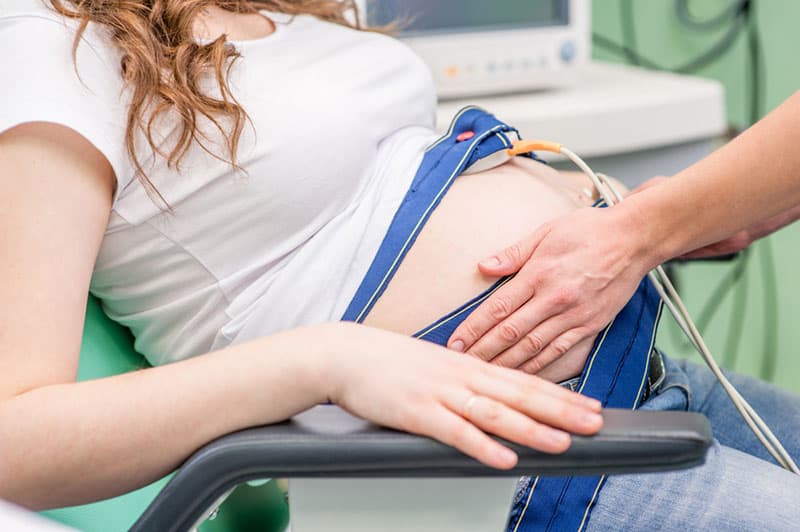 If you are diagnosed with velamentous insertion, you and your baby will be monitored more closely by your doctor to make sure the pregnancy is progressing safely.

Other than that, there is no specific treatment for this condition and you may still have a vaginal birth unless your doctor decides a cesarean section is necessary.

While you’re in labor, the medical staff will closely monitor the fetal heart rate to avoid any complications.

Here is a brief overview of the possible complications:

• Umbilical cord blood vessels rupturing during labor (especially if they are located near the cervical opening);

• Being rushed in for cesarean delivery;

The Apgar score is a test conducted one minute and 5 minutes after birth to determine how the child is adapting to life outside the uterus.

The assessment is based on criteria such as the baby’s appearance, pulse, and activity, with each criterion given either zero, one, or two points.

Once all the points are added up, the baby is either marked as severely depressed (0-3 points), moderately depressed (4-6 points) or excellent condition (7-10 points).

In cases of twins, there is a higher chance of intrauterine growth restriction, which refers to a baby’s poor growth in utero, as well as twin growth discordance and Twin to Twin Transfusion Syndrome (TTTS), a condition where one baby gets a bigger share of the blood supply, causing one twin to develop faster than the other.

There is also a possibility of stillbirth, especially in cases of undiagnosed vasa previa, and preterm birth.

Considering that velamentous cord insertions are so rare, there’s no need to worry that you’ll be diagnosed with it at your next checkup.

However, since many women experience no symptoms that would indicate something is wrong, it’s crucial for you to go to all of your prenatal appointments so that any issues are detected on time.

Scientists still aren’t completely clear regarding the cause of this complication – it can happen to you even if you don’t belong to any of the aforementioned risk groups.

But, it’s still important for you to stay as healthy as possible to prevent other health issues.

While it is true that in the most extreme cases, velamentous insertion of the umbilical cord can lead to a stillbirth, it’s important for you to remember that with the proper medical care and monitoring, the rest of your pregnancy and birth can go just fine.

If you are diagnosed with either velamentous or marginal cord insertion, remember to ask your doctor about how this will impact the remainder of your pregnancy and whether you will still be able to deliver vaginally or if a C-section will be necessary.

• Sepulveda W. (2006). Velamentous insertion of the umbilical cord: a first-trimester sonographic screening study. Journal of ultrasound in medicine: official journal of the American Institute of Ultrasound in Medicine, 25(8), 963–970.