When people talk about babies, there are a lot of terms thrown around – infant, newborn, neonate, baby – so what are the differences between them?

When it comes to the difference between newborn vs infant, babies are considered newborns until 28 days of age.

Afterward, they are infants until they turn 12 months old.

Although your baby will technically be a toddler after his first birthday, he will always be your baby, especially as he’s still learning how to walk, play, and eat on his own.

The first few years of your child’s life are filled with exciting changes and developmental milestones. So read on to find out what you can expect in the coming months and years!

Newborn vs Infant – What Is The Difference?

While people usually refer to babies as newborns up to one or two months of age, the definition of a newborn or a neonate is a baby who is not older than 28 days.

After that point, a baby is referred to as an infant until 12 months of age.

So the difference between newborn vs infant is that the former is only used for babies younger than 28 days but the term infant encompasses all babies until their first birthday.

The term ‘baby’ is much more general and can be used to refer to newborn babies, infants, and sometimes even toddlers. 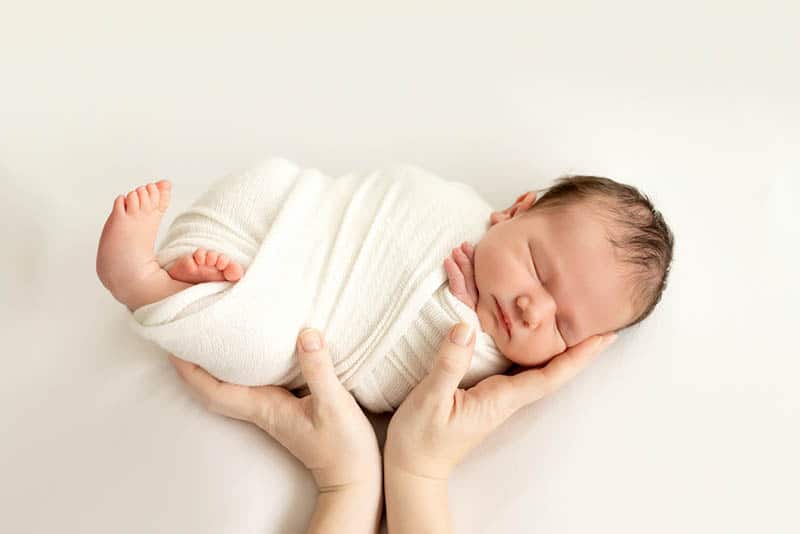 In the first month of a baby’s life, there are many exciting growth developments.

During the first week and the second, your little one will be getting used to this strange new environment and his umbilical cord stump will fall off.

He will be able to move his arms and legs and when he opens his eyes, he will only be able to focus on people and items that are very close to his face (up to 10 inches).

You should also be placing him on his belly to get some tummy time and a head start on developing his gross motor skills.

But your baby should always sleep on his back to lower the risk of sudden infant death syndrome (SIDS).

During weeks three and four, you might notice that your baby is starting to cuddle when you’re holding him in your arms.

Apart from crying (which I’m sure you’re hearing plenty of), your newborn can now make those adorable baby noises, particularly when mommy or daddy come into view.

If you’re a first-time mom or dad, you’ll probably be worrying a lot over your new baby – that’s completely normal!

To give you peace of mind, here are some of the most common symptoms of health issues to look out for at this stage:

• sleeping more than 16 hours per day;

• no movement in arms or legs;

• doesn’t seem to respond to seeing you or even bright lights;

If you feel as though something is off, talk to your pediatrician who is the most qualified person to give you medical advice and ease your concerns.

Newborn vs infant – Developmental milestones of infants (up to 12 months) 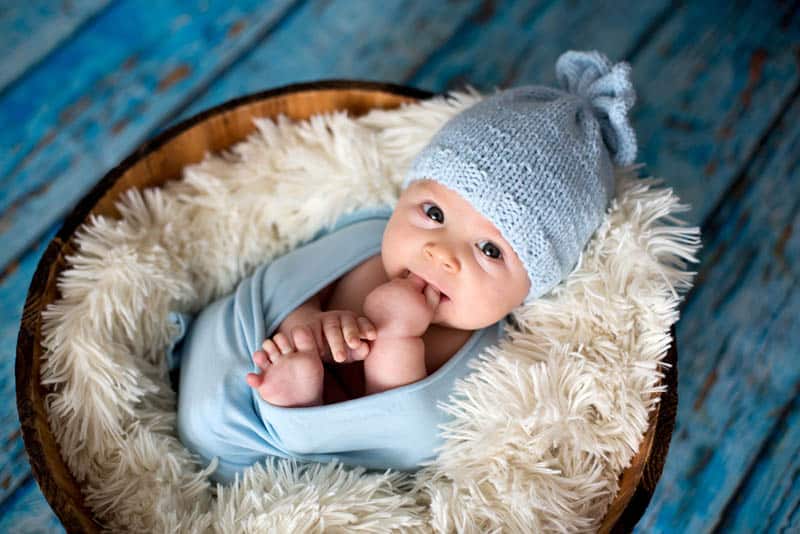 Babies experience tremendous changes in the first year of their lives. The difference between newborn vs infant is huge, especially when you compare a newborn to a 6-month old infant, for instance.

They go from being unable to do anything other than eat, sleep, cry, and poop to eating solids and cruising by 12 months!

During the first 3 months, you’ll notice your baby’s eyes can follow you as you come into view or hold up a toy in front of his face. He’ll want to grab things and hold them in his hands.

Smiling is another exciting milestone – your sweet baby will be able to return your smile with one of his own, so make sure to offer plenty of smiles while you’re cuddling.

As your baby gets used to tummy time, he’ll learn how to lift his chest and head too.

The time span of 3 to 6 months of age is a period of many milestones in your baby’s development.

Your little one can now babble and laugh, in addition to reaching for items in his vicinity (including any jewelry you might be wearing) and playing with toys.

When it comes to motor skills, your baby will start rolling over, sitting up, and have control of his head.

From 6 to 9 months of age, most babies crawl and continue developing their motor skills.

However, don’t be scared if your munchkin doesn’t show an interest in crawling as there are babies who simply skip this stage and move on to cruising and walking.

Now, you can play fun games with your baby such as peekaboo. And when he starts making a mess and you say, ‘No’, he might react and stop what he’s doing. He can also sit unsupported.

While breast milk(if you are breastfeeding) or baby formula was your little one’s primary source of nutrition during the first 6 months of his life, now is the time to start introducing solid foods.

According to the Centers for Disease Control and Prevention (CDC) and the American Academy of Pediatrics (AAP), you can start feeding your child baby food from 6 months of age.

However, the World Health Organization (WHO) recommends continuing breastfeeding until your child turns 2 (or older).

When it comes to giving your baby solids for the first time, it’s important to only introduce one food every couple of days so you can catch any food allergies.

In the last few months before your baby’s first birthday, you’ll slowly notice how he’s transitioning from being a baby to being a toddler.

His babbling has now evolved and he can probably say a few words, including ‘mama’.

This is the stage of infant development when fine motor skills become more refined and you’ll notice your baby has developed his  pincer grasp, allowing him to eat some foods all on his own!

During playtime, your baby can play pretend. What’s more, he can motion with his arms and hands that he wants something.

By 12 months of age, your baby will have increased his birth weight three times over and might already be taking his first steps.

Don’t be concerned if your child seems to be lagging behind in reaching some of these milestones – young children develop at different rates, and as long as your baby reaches them, that’s all that matters.

To encourage your baby’s growth and development, feel free to talk to your little one (even if he can’t fully understand you yet) and ‘reply’ to your baby’s babbling.

Activities such as reading, singing, and playing together are also important, in addition to spending plenty of time cuddling. 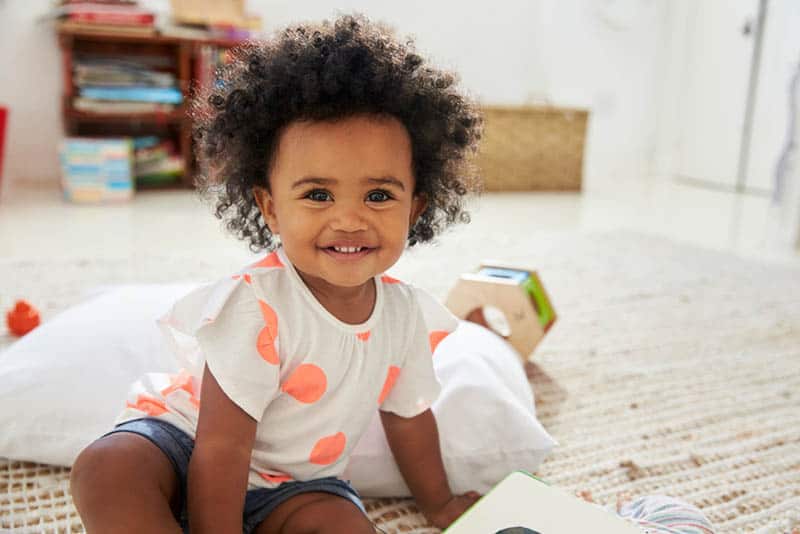 If you think the difference between newborn vs infant is big, wait until you see what the toddler years hold!

The toddler years are an exciting and challenging period of parenthood. On one hand, you’re starting to see your child’s personality shine.

On the other, you’ll start to see those dreaded temper tantrums emerge, especially when your child turns 2 years old.

Most people consider a child to be a toddler between 12 months and 3 years of age.

After that point, a child is considered a preschooler, although it’s not uncommon to hear people referring to 4-year-olds as toddlers too.

In addition to further development of motor skills such as walking, running, and kicking, this is also when your child’s social and emotional development takes place.

A 2-year-old, for example, doesn’t have much control over his emotional responses.

When told ‘no’, he might cry, become angry, or even try to bite. The caregivers will need to be consistent in how they enforce limits and reward good behavior.

Between the ages of 3 and 4, most toddlers can ride a tricycle, and their walking and running becomes more developed, so you can finally start leaving the stroller at home more often.

As your tot makes friends at the playground, he’ll start imitating them. But he will also copy the behavior of his parents and siblings, so be careful!

It will also be very sweet to see your child show affection to his siblings, friends, and family members without being asked to do so.

At this stage of child development, your tot will be asking plenty of questions about all sorts of things and will have the ability to work on simple puzzles.

While there are kids who aren’t big talkers until the age of 2, at this point that will start changing.

You might ask yourself, “When did my baby learn all of these words?” because he will be able to tell a story and also follow more complicated stories when you read him children’s books, for example.

Try not to fall into the trap of allowing your tot too much screen time. Reading books, for example, is key for human development and a much better way for you to bond with your child.

The main difference between newborn vs infant is age – a newborn is only considered as such for the first 28 days of his life while a baby stays an infant until his first birthday.

The first year of a child’s life is filled with learning important skills that make up the foundation for future growth.

Both gross motor and fine motor skills work together to help your little one learn how to sit up, crawl, grab things, eat, etc.

These changes, coupled with the baby’s rapid growth, will have any parent wondering just where did the time go!

To ensure your baby grows into a happy and healthy kiddo, it’s important to be engaged – play together, read together, or simply spend time with one another.

While it’s true that your child won’t remember these things when he’s all grown up, these activities still have a huge impact on both his physical and mental well-being! 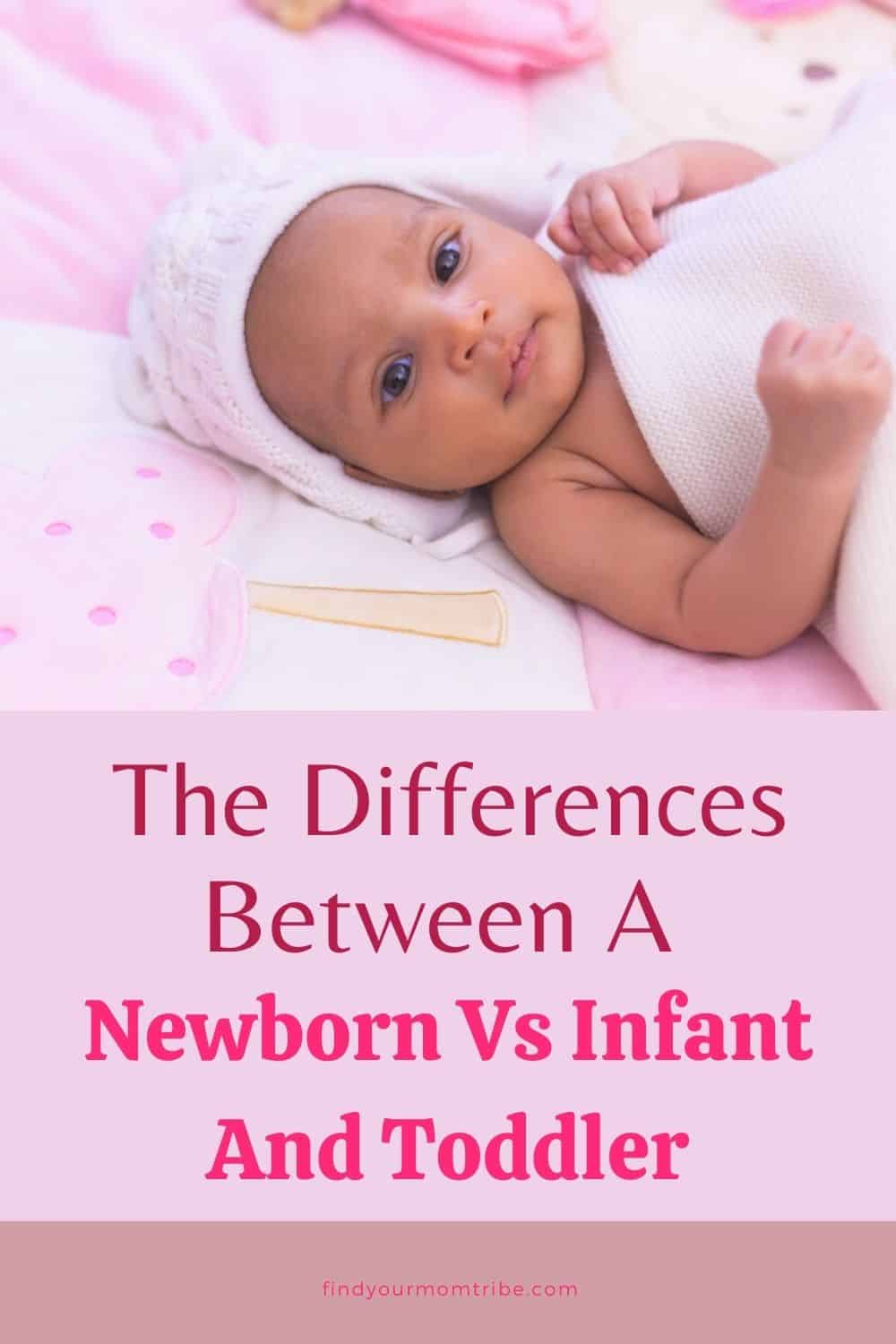