We’re used to being part of our kids’ lives in every waking moment – from the time they were a little baby learning their first steps to their first day of school.

But, there comes a time when they stop being kids and start doing what many parents dread: They start growing up. While not a bad thing, many parents are unable to deal with this seemingly sudden change.

They’re not to blame though, because humans are creatures of habit and any alteration to the routine is bound to cause a level of confusion.

The general coping mechanism is to dismiss it entirely and go about business as if it’s still the same-old same-old, like their child has never grown out of their diapers and still need a guiding hand.

This is where things start going wrong, for you see, there’s a distinct line between being involved in your child’s life and smothering them.

It’s not one that’s easy to notice, depending on the existing relationship between parent and child, but can be figured out through trial and error.

When Does It Start? 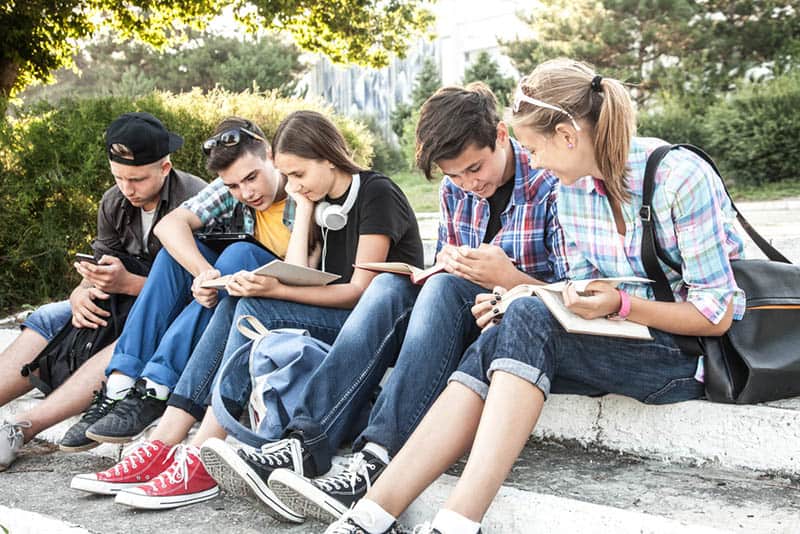 This need for privacy usually starts when our kids hit puberty, which is where the stigma of parents fearing this period comes from.

They’ve grown up enough that they don’t need their hand to be held through every new thing they try, their physical and mental capabilities are evolving at a rapid pace, and their overall train of thought starts becoming more mature.

It’s a time when they start exploring new things without you having to suggest it to them, where they’ll start looking for the answers to their questions on their own rather than relying on you, the parent.

It’s when they start seeking their individuality, their uniqueness, the thing that makes them, them.

It’s also a time where they start forging new friendships with people who aren’t just your friends’ kids – people you have less control over but who might fit your child better.

A lot of new concepts get introduced to them as well – those of responsibility, love, future plans, and the like – and all of these are things that not just kids and teens, but people in general like keeping for themselves.

They’ll forge their own experiences without you, ones you might never find out about. And that can sound terrifying to a lot of us.

You’ll see your kids start to drift away from your island more and more as the years pass until they grow into fully fledged adults. 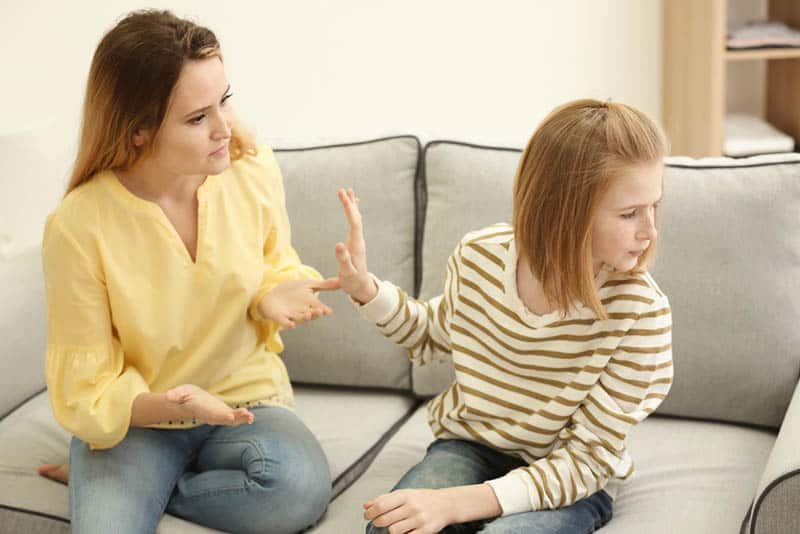 The key to being a good parent is learning how to adapt to your child’s needs while still remaining both an authority figure and a guide to them, without it feeling forced.

Don’t worry, if you play your cards right and give them the space that they need to grow as people and expand their horizons, they’ll still treat you with the utmost respect.

And they won’t completely ignore you; that was never going to be the case. They’ll still go to you with questions that they find you the best person to come to for answers.

How often that happens is based on how you treat them, be it completely cutting yourself out of their private affairs, still continuing to be a part of every facet of their lives, or choosing the middleground.

After all, there is such a thing as too much freedom and privacy. 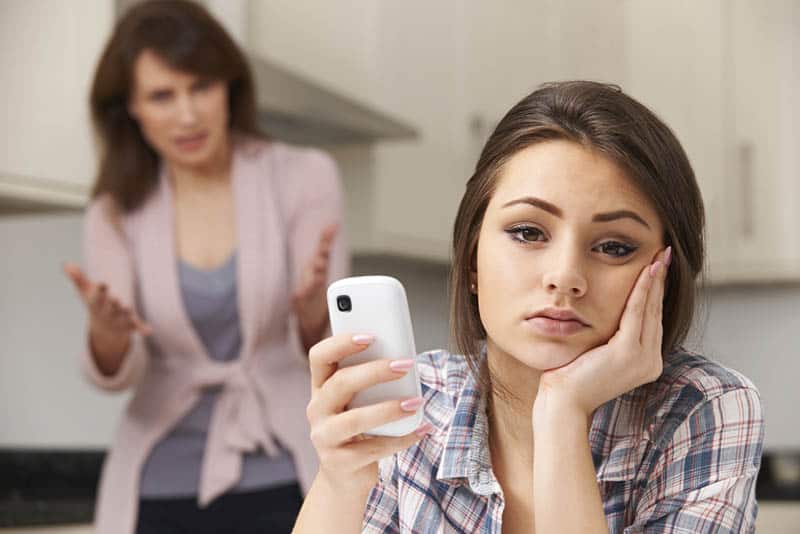 I wanted to focus on this one first because you’re not harming yourself by doing this, you’re harming your child – preventing them from realizing their true potential and making them reliant on you to do everything.

You’re not helping them, you’re being a codependent parent.

They’ll never entirely grow up if you insist on keeping the training wheels on all the time and not letting them try their hardest. Even if they fail, it’s a learning experience.

They’ll know where they stand in that specific aspect of their life and will get the motivation to further improve themselves, whereas if they have mom and dad do everything for them, they’ll remain complacent.

The worst case scenario is that they become spoiled, too meek to do anything without asking permission, or conformant to a “mommy/daddy knows best” type of scenario.

Trust me, you’ll regret that eventually when you realize your child is actually miserable and is doing these things only in an effort to please you rather than to please their own needs. 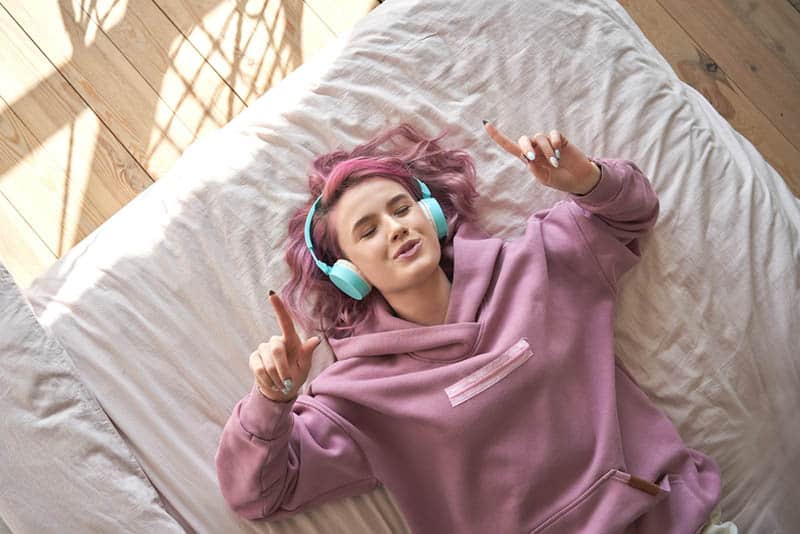 Just as there are risks to being too involved in your child’s life, the other extreme is no better. When you decide to allow your child complete freedom from the get-go, you might find yourself alienated.

You’ll start losing control and your teen may end up making a lot of bad decisions because they have no set of rules to go by but their own.

It may even go so far that you become complete strangers to each other in a metaphorical sense – that you don’t even recognize who they are anymore.

Some level of control is necessary, but not one that keeps a stranglehold on them, but rather one that guides. One that still sets you up as an authority figure and role model. 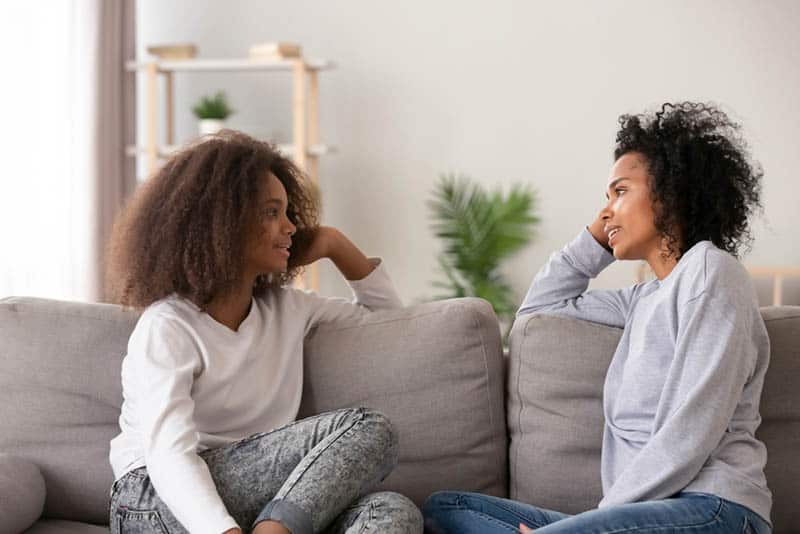 I may be making this out to be more frightful than it actually is, but the worst case scenarios are rather rare. That said, this is still a delicate situation and can go wrong if handled poorly.

As mentioned before, you’ll need to know when to take a step back and when to put your foot down when it comes to your own child.

Generally speaking, if they’re doing something that’s morally wrong, that’s a clear sign of where to step in, but if they’re trying to simply go on a vacation with friends somewhere out of state, let them.

If they come to you with a problem, don’t ridicule them. Hear them out and advise them on what course of action you’d take, then let them make their decision based on that.

Don’t make it seem like your way is the only way, and reassure them that you won’t think any less of them, no matter what they decide on the matter.

Emotional support is hard to come by in these formative years, but it’s the crux of mental health and you’re their best source of it (even if they don’t know it).

Allow them to explore new options and get a taste of what it feels like to be one’s own person. They’ll thank you for it immensely.

Privacy is something every human values greatly and your teenagers are no different.

Make sure you give them enough of it for them to have room to explore, while still remaining a presence in their lives.

This way, you’ll continue having a good relationship with them and they’ll have a chance to evolve into their own unique selves.

READ NEXT: How To Be A Better Mom: 10 Steps To Move In The Right Direction 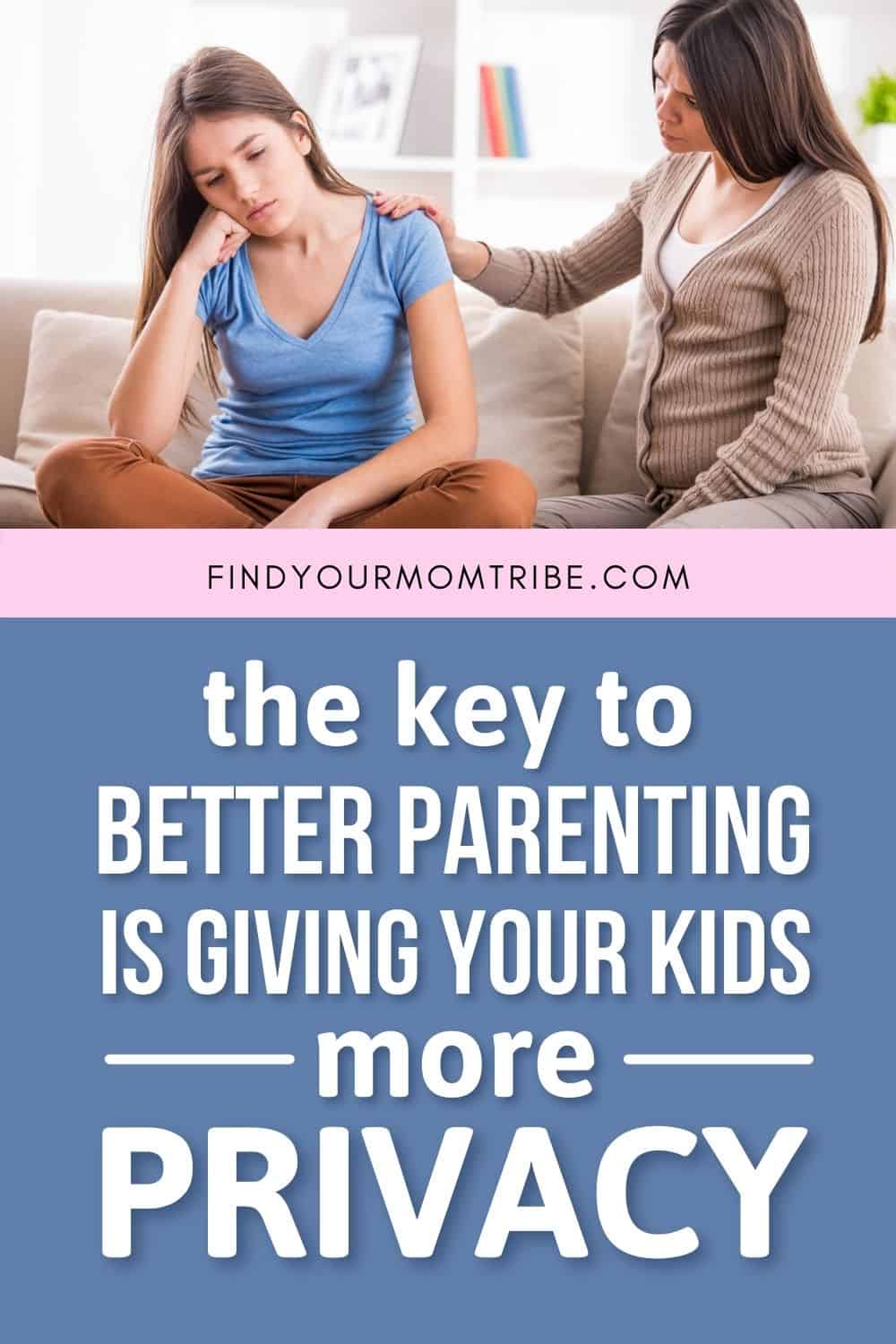