If you have gone with Stephanie as your daughter’s name of choice, you’ve given her a rather beautiful one, but have you thought about some nicknames for Stephanie as well?

You’ve likely heard of many nicknames for Stephanie just in your day to day life.

Some of the most popular are Steph and Annie, both of which could qualify as actual names.

While not one of the most popular names, it’s still somewhere around the top 450 names in the US and is a rather lovely and somewhat unique name to give to your daughter.

It’s great for those who appreciate more exotic origins like Greek or French, as this elegant name has roots in both of them.

Read on to discover more about the origin of the name Stephanie and all of the wonderful and cute nicknames that exist for it, as well as ways you can make your own nickname for your little one.

The name Stephanie comes from both Greek and French culture, the former relating to a derivation of the Greek name ‘Stephanos’ which means ‘Crown’, while the latter formed it into the current version of Stephanie, which holds the same meaning.

The name was quite popular around the latter half of the previous century.

From the 70s to the 90s, it consistently held a solid position in the top 10 to top 20 in the US, until it suddenly took a nosedive down to the top 500 names where it still resides.

While not a biblical name like most popular names tend to be, it is incredibly beautiful, so it would be a shame if it faded into obscurity.

It’s one of those baby names that are timeless for a reason, so I’m sure it will make a comeback in the future.

There have been a few famous people who share this name too, like Stephanie McMahon, the daughter of Vince McMahon and a former professional wrestler.

Then there’s the author of the “Twilight” series, Stephanie Meyer, for those of you who enjoyed the books.

Princess Stephanie of Monaco is also a famous person I shouldn’t forget, or Stéphanie Foretz, a professional tennis player from France.

Another very famous woman with this name is Stefani Germanotta, better known as Lady Gaga.

We also have the famous Korean pop star and member of the group Girls’ Generation, Stephanie Hwang, a.k.a. Tiffany.

Now it’s time to find nicknames for your beautiful little girl. Trust me, there are some beautiful pet names out there that I’m sure you’ll love.

While it might not be the top choice for parents nowadays, this doesn’t mean that the name Stephanie doesn’t have some comparatively popular nicknames of its own.

Here are some of the most awesome nicknames for Stephanie:

While the nicknames we just looked at are some of the most popular, they aren’t the only ones around.

There are several other lovely iterations that are just as great, albeit less popular.

The name Stephanie is not just a baby girl name and has a boy name version, Stephen, so you might be able to use one of these nicknames for a boy as well.

Here are some of the loveliest I could find: 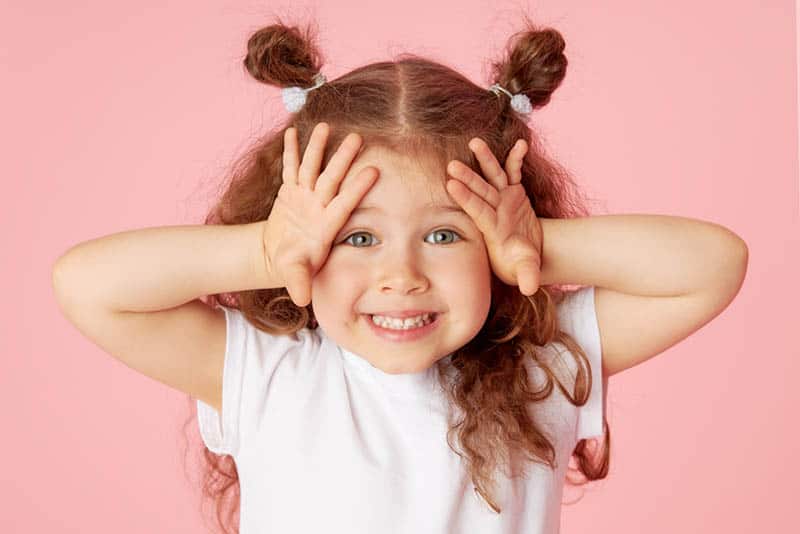 Not all of these nicknames are intended for kids. Some of them can be used as clever pet names for best friends of a similar name, especially some of these funnier ones.

If you do end up using them for your baby girl, make sure to keep it off of social media to avoid embarrassing her by accident.

Believe me, these nicknames might be funny to you, but some of them can be used to make fun of your child if the nickname is used in the vicinity of her peers.

That’s why it’s best to keep these to private social circles.

The same goes if you have any boys named Stephan, Stephen, or otherwise.

With that in mind, here are some of the best examples of funny nicknames for Stephanie: 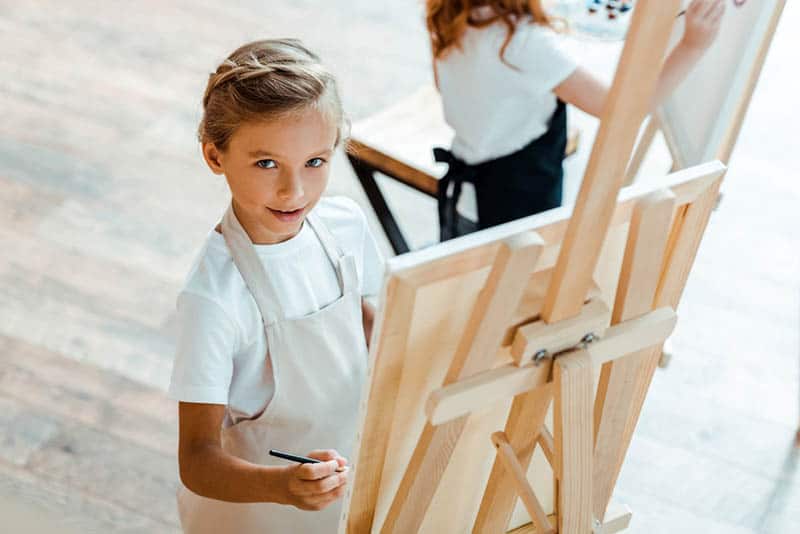 Creativity is certainly a skill that’ll always be appreciated wherever you go.

Such is the case with giving nicknames, especially for names as beautiful and complex as Stephanie, which allow for it to be shaped in so many different ways.

Here are some of the most creative ones I could find: 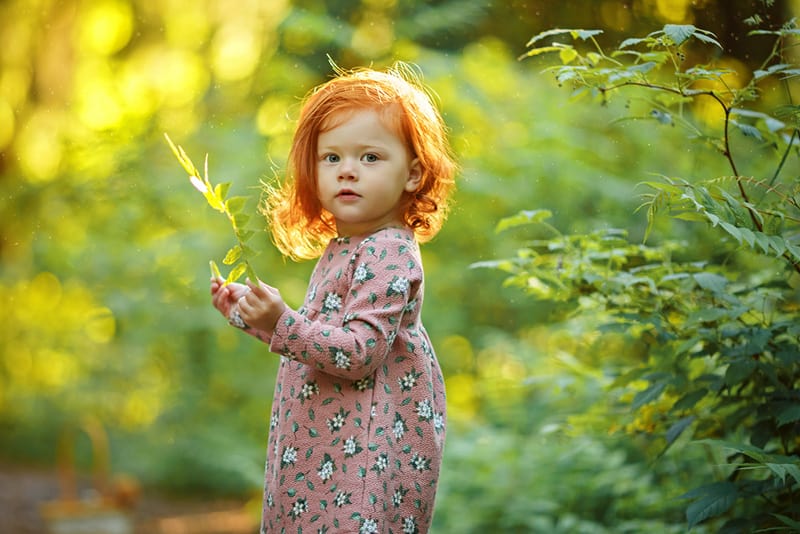 Stephanie is a long, three-syllable name, so you might want to consider shorter names for the middle spot.

Feel free to play around with different options, though.

Here are some of the most popular choices for Stephanie:

How To Find The Perfect Nickname For Your Kids 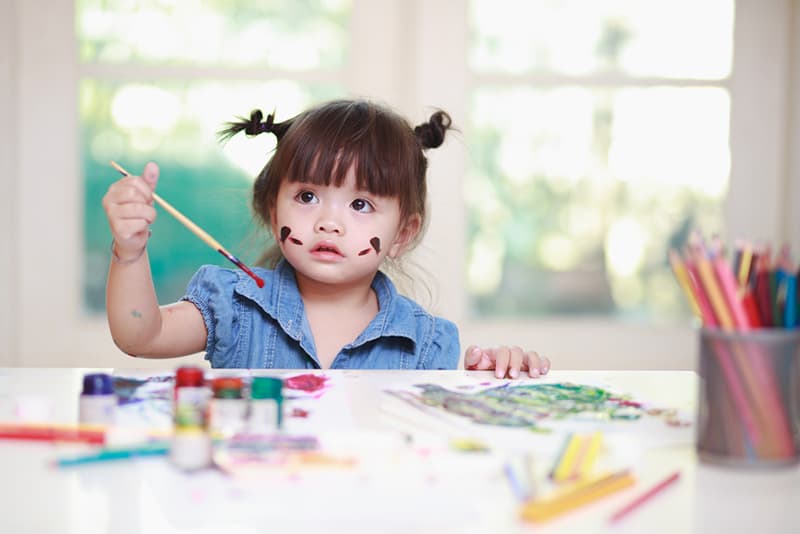 While not as lengthy as some other lists, the nicknames listed above showcase the large realm of possibility in regard to potential nicknames.

However, I do realize that some of you may not have found what you were looking for. But don’t worry, I’m here to teach you how to make one up on your own.

Of course, these nicknames don’t have to be permanent either, it all depends on a few rules which I’ll list down below.

1. Don’t ignore what your child wants or doesn’t want

The main thing to consider in all of these cases is: “How does my child feel about this?”

While it might be neat to use a nickname in the moment, if you see that your child is less than thrilled about her new nickname, then it’s worth having a little talk with her.

If she’s feeling somewhat hurt or made fun of by a specific nickname, try to explain your reasoning behind it to see if it changes things.

Always listen to your child and take their feelings into account, especially as these things may seem small to us, but can be defining moments for her self-confidence.

The other problem appears when she’s older, where some of these nicknames can be used to bully her.

Even if you think that the name chosen is lovely or hilarious, it might be time to restrict it to family use only or get rid of it altogether before it causes any trouble.

2. Find inspiration in other languages 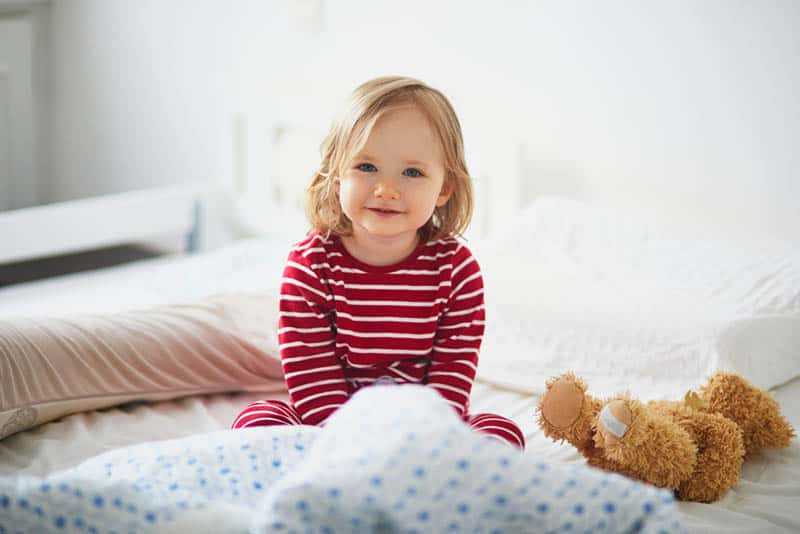 A great and safe way of finding fancy nicknames is by looking up the way the name is pronounced in non-English speaking countries.

Some of the most popular variations tend to be Spanish or Italian, but if you really want to go in for a surprise, you could try a Slavic language like Polish or Russian!

Most of them sound quite nice, exotic even, so they’re bound to be hits.

You don’t have to ask your child about her opinion on every nickname, you should have a level of common sense which tells you when a certain nickname is an absolute no-go.

It’s all about self-control. Not every nickname has to be used or posted on social media for everyone to see.

A level understanding also needs to exist for your child in regards to her feelings on the matter as you don’t want to infringe on their social status.

Take some time and think about how the nickname you have thought of could affect your child, and nix it on the spot if it sounds like a potential liability.

4. The term ‘funny’ is a slippery slope

While funny nicknames can be, well, funny, they’re also one of the most dangerous ones to play around with.

Think of them as a barrel of gunpowder.

Sure, they can cause a few laughs if used moderately, but if left unchecked could blow up in your face.

It’s all about the context really.

Something that may sound great at the time might not be the best thing later, and can end up becoming something negative for your child and her social life in general.

You might be eager to give your child a nickname before anyone else gets a chance to, and I understand that.

No one wants their child to be given an embarrassing pet name by a family member that sticks and follows them in the years to come.

On the other hand, if you can’t find one that you like there’s no need to push it.

As a last resort you can always use the initials of your baby’s first and middle name and turn them into a nickname.

There are plenty of well-known women named Stephanie. Some of them you might already know, but it’s always good to see with whom your baby will share her name.

Here are a few of them:

• Princess Stephanie of Monaco – Daughter of Grace Kelly and Rainier III, the Prince of Monaco

• Stephanie Meyer – Writer and author of the “Twilight” series

While there might not be as many nicknames for Stephanie as there are for other names like Violet, I think you still have plenty of good options to choose from as it’s a three-syllable name.

However, if you’re not satisfied with any of them, you can always try making one of your own by looking through different spellings and pronunciations of the name in other languages.

I’m certain that you have more than enough insight to know what’s best for your little girl, mamma.