Anyone looking for unique middle names for boys knows that this name is just as important as the first one!

A unique baby boy middle name gives you the opportunity to make the entire name sound more individual or special. Who knows, maybe your baby boy will love it so much that he’ll choose to go by his middle name in the future!

We all know someone who was terribly embarrassed by the names their parents gave them but you can avoid this by browsing through my list of unique middle names for boys. 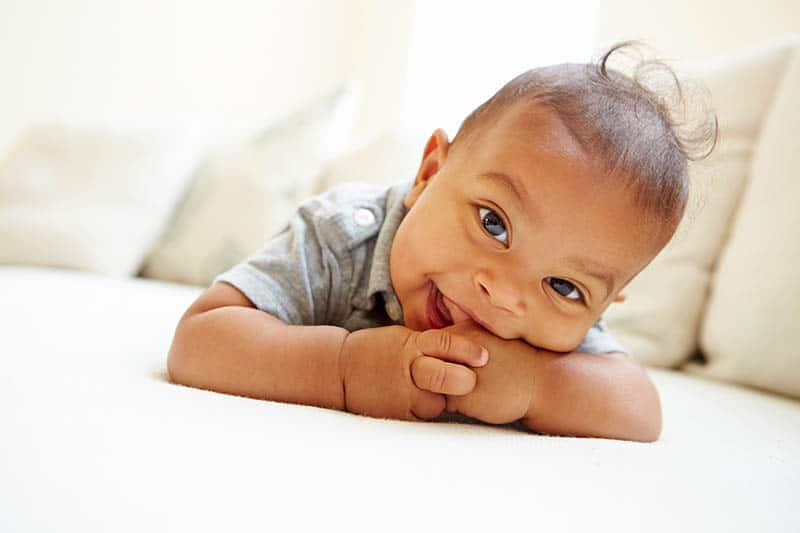 An Irish name, Aiden is alternatively spelled as Aidan. It means the ‘fiery one’.

Here’s another cool baby name idea that’s related to Greek mythology. Apollo was the son of Zeus and was the god of light, beauty, and wisdom, among other things. If you’re a lover of Greek mythology, this is the middle name for you!

Apart from its practical meaning, the name Atlas has a long history in Greek mythology. Punished by Zeus for rebelling against him, Atlas (who was a Titan) was made to hold heaven with his arms and shoulders.

Atticus is a beautiful and unique name for a baby boy, whether you choose it as the middle or first name. It denotes someone who belongs to the region of Athens – in ancient times, people with this name were thought to be intelligent and sophisticated.

Bodhi, sometimes spelled Bodie, is a baby name that comes from the Sanskrit language which is one of the oldest languages in the world. It means ‘awakening’ and ‘enlightenment’.

As a Scottish Gaelic name, Callum has a very rich history. Its origins are in the Latin name Columba, which denotes a dove. Sometimes it’s also spelled as Kallum.

Dominic is a very old name that has its roots in Latin and means ‘belonging to God’. It can be found in different countries all over the world, which gives it an international feel.

A name that traces its origins to English and Old Norse, it means ‘brave fighter’. Famous Dustins include actor Dustin Hoffman and entrepreneur Dustin Moskovitz who co-founded one of the most popular social media networks of all time, Facebook.

A Hebrew name that means ‘the Lord is my God’. It was the name of one of the prophets in the Bible, making it a great choice for devout parents. One of its variants is Elias.

This baby name is German in origin and means ‘one who is powerful and brave’. Traditionally, it was common as a family name.

In recent years, Ezra has become a unisex name although it’s traditionally known as a boy’s name. It’s of Hebrew origin and means ‘helper’.

With the meaning of ‘happy’ and ‘lucky’, is there a lovelier middle name to give to your baby boy? The name originates from the Latin word ‘felix’.

Spanish in origin, Fernando is an exotic and unique name. It means ‘adventurous’ and ‘daring’, so be prepared for your little one to be a daredevil.

Meaning ‘son of Harry’, Harrison was common as a family name until it started gaining traction as a first name, as well. Think actor Harrison Ford and little prince Archie Harrison Mountbatten-Windsor.

Who wouldn’t want their baby boy’s name to remind them of the famous musician, Jimi Hendrix? As for its history, this is a family name that traces its roots back to the name Henry, which means ‘the ruler of the home’.

Jasper means ‘treasurer’ and is a variation of the name Caspar, who was one of the Three Wise Men to visit baby Jesus after he was born.

Since Jaxon is just another way to spell the name Jackson, the meaning is still the same – son of Jack. Still, the ‘x’ adds a fun touch to a relatively common baby name and makes it unique enough for your little one.

Also spelled as ‘Jaden’, you’ll find many celebrities who have named their kids Jayden. And since everyone knows that celebrities just love unique names, you can’t go wrong with this option! It means ‘thankful’.

This is the first name on my list to have Arabic origins! Kaden means ‘companion’, however it can be linked to Welsh and English, too. The Welsh variation of the name is ‘Cadell’ which means ‘loyalty’, while the Old English variation ‘Cade’ means ‘strength’.

There are about a dozen different ways to spell Kaden but I prefer this version the most.

Keaton is a name with English origins that means ‘a town where hawks fly’. Although it’s more common as a family name, it makes for a wonderfully cool middle or first name, too.

A name of Scottish origin, it’s also more common as a family name – think singer Annie Lennox. It’s connected to a region of Scotland called Levenach, so it’s a great choice if your family has some Scottish roots.

A Hebrew name, Levi means to be ‘joined’ or ‘attached’. A second meaning is ‘hero’.

Hands down, this is one of the coolest names for a boy I can think of – and you won’t go wrong even if you use it just as a middle name. It is Welsh in origin and means ‘son of Madoc’. The Madoc in question was a Welsh prince who, according to folklore, came to the Americas three centuries prior to Columbus.

This baby name means ‘the gift of God’ and is the Italian (when spelled as Matteo) and Spanish variation of the popular name Matthew. For a baby girl, the name can be spelled as Matea.

This name describes a person who isn’t afraid to go against the grain and be independent, making it a great choice for parents who’d like their baby boy to have similar qualities. In contrast to many of the names above that trace their origins back to the Old Continent, this name is American.

The Irish name Murphy is usually associated with Murphy’s law which says, “Anything that can go wrong will go wrong.” On a more positive note, it means ‘sea warrior’.

Also spelled as Miles, this name is Latin in origin. It means ‘soldier’. More common as a male name, there is also a small percentage of baby girls who have been given this name.

Nova is both a boys and girls name, although it’s most commonly used by parents of little girls. Still, it makes for a really cool and unique name. It has both Latin and Native American origins, and one of its meanings is ‘butterfly chaser’ and ‘new’.

This is a Hebrew name that means ‘ash’ and ‘pine tree’.

An Irish name, Riley means ‘brave’. It’s used both as a boy’s and as a girl’s name.

The name Rowan shares a Scottish and Irish origin. It means ‘little redhead’. Sometimes spelled as Roan and Rowen, it’s a name that’s also given to girls.

The name Ryder comes from Old English and means ‘knight’, ‘mounted warrior’, and ‘messenger on horseback’. It’s usually given to boys, although it sometimes appears as a girl name, too. In terms of popularity, it reached its peak in 2009.

The name Seamus is the Irish version of the name James and means ‘the supplanter’. This name will definitely resonate with families of Irish origin, especially if you’d like to honor your heritage through your baby’s middle name.

This name means ‘revered’ and is a version of the Latin name Sebastianus. It’s also a name that’s quite popular in a variety of European countries.

An English name that means ‘roof maker’, Thatcher is a great choice for parents who aren’t afraid of bold names. Keep in mind, though, that this was the last name of former British Prime Minister Margaret Thatcher, especially if you’d like to avoid political connotations with your baby’s name.

This name is of both German and Hebrew origin, meaning ‘God is good’. It’s a very popular name for boys in Germany, although it has different versions in both Swedish and French.

This name has the meaning of ‘new house’ and ‘castle’, and is a common first name in different countries in Europe, such as France. It’s also spelled as Xabier.

A Russian name, Yuri means ‘farmer’. Although it has a very simple meaning, this was also the name of the famous Russian cosmonaut Yuri Gagarin, who was the first person to go to space and orbit the Earth. Pretty cool if you ask me!

The name Zion can mean both ‘Jerusalem’ and ‘Israel’. This name peaked in popularity in the US in 2008, so at this point, it’s a pretty unique name to give to your little one. 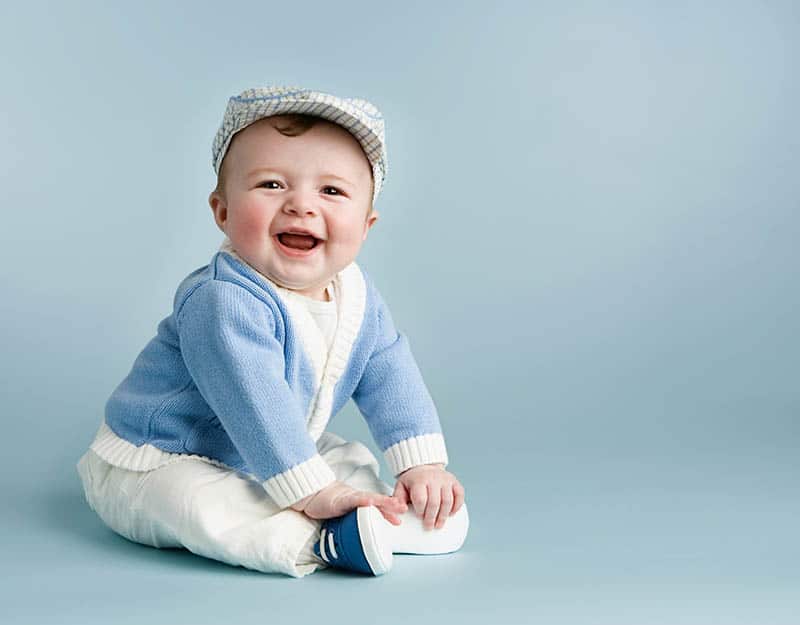 When it comes to finding creative and unique names, a lot of parents gravitate towards one syllable boy names, especially when the first name they have already picked out is longer.

Even though there are some beautiful multi-syllable names out there, there’s something really special when it comes to short names for boys. I hope one of these makes it onto your shortlist!

Blake is a beautiful gender-neutral name that also appears as a surname. It doesn’t have a clear meaning, although some believe it could either describe a dark-haired or dark-skinned person, or someone with pale skin and light hair.

This name will definitely speak to parents who are fond of traditional names. It’s German in origin and means ‘free man’ or ‘warrior’.

This Irish name denotes a person who is a descendent of a red-haired man. However, this name became really popular when Disney used it to name one of its characters in the movie “Tangled”.

​A Hebrew name, Jace means ‘the Lord is salvation’. Some also use it as a shortened version of ‘Jason’.

Greek in origin, this name means ‘praised’. The name was most popular in the States in 2012.

This is a gender-neutral name of Hawaiian origin. It means ‘ocean’, ‘sea’. In Japanese, this name also means ‘recovery’ and ‘restoration’.

Reed comes from a nickname that used to be given to people who had red hair or a reddish complexion. Usually, it’s a name given to boys but it can be unisex, as well.

This boys name has its roots in the Dutch surname ‘de Raedt’ which means ‘advice’. In Welsh, however, this name exists as Rhys which means ‘fiery’.

A male name that means ‘brave’ and ‘strong’, Wyatt has also been used by some creative parents as a girls name, so don’t be surprised if it becomes unisex in the future.

A name with Arabic origins, Zain is also spelled as Zane and Zayn. It means ‘grace’ and ‘beauty’.

Whether you’re looking for one or two-syllable boy names, I can guarantee you that unique middle names for boys are a terrific way to add a dash of individuality to your baby’s name.

Traditionally, these names were used to honor relatives or the parents’ heritage but let’s be honest – if you feel like giving your child an ancient Greek name just because, there’s no reason not to!

I hope you enjoyed my selection of unique middle names for little boys. Until next time!