If you’ve been looking for the perfect nickname for a Chloe in your life, you might have come up with a few ideas on your own already, but still need a bit of help to make your decision.

Whether she’s your friend, daughter, or sibling, you’ll definitely find a great choice in this collection of the best nicknames for Chloe, ranging from the most popular pet names to unusual and quirky nicknames.

Chloe is a popular feminine five-letter name, but it’s quite limited when it comes to nicknames because it only has two syllables.

There aren’t many Hollywood stars with this name, although one of the most famous fictional characters, which will be sure to bring millennials back to their teenage years, is Chloe Sullivan from “Smallville”.

However, I mustn’t forget to mention a very real person with this name who stars in one of the most famous reality shows of all time.

I’m sure you can already guess who I’m talking about, but if you can’t, continue reading this article until you find out!
(Hint: Her name is spelled with a K.)

As well as covering the best nicknames for Chloe, I’ll also explain the meaning and origin of the name, so let’s get started! 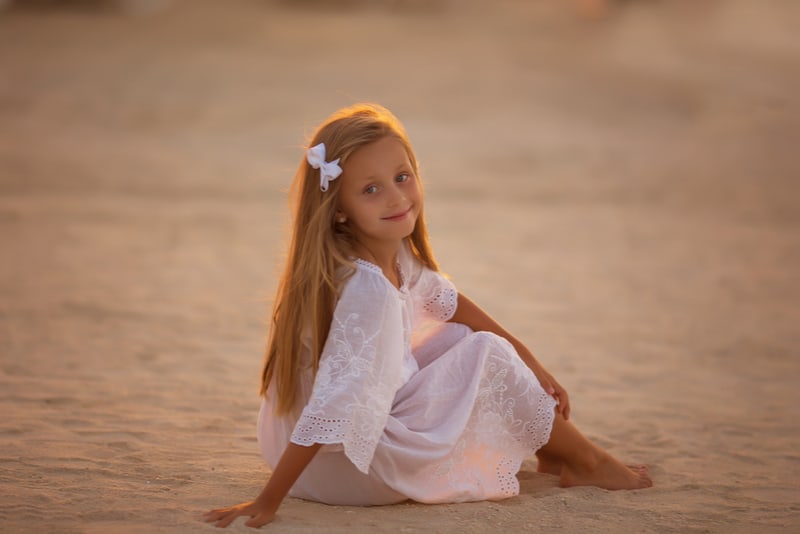 Chloe is a beautiful name for girls which originally came from the ancient Greek language.

Although this name comes from Greece, its origin is in the Proto-Indo-European word that describes two colors, green and yellow.

These colors are the true representation of this beautiful name, which translates to “fertility”, “blooming”, or “green shoot”.

Chloe reminds me of the rebirth of nature, fresh green colors, and beautiful fragrances, which is why it should come as no surprise that there’s also a perfume named Chloé.

Another interesting fact about this name is that it is often considered a biblical name because of the Christian convert with the same name from the New Testament.

In addition to its biblical connections, Chloe is also quite a popular name on the Social Security Administration’s name list. This name has been in the top 50 of the popular name list for the last 20 years.

While some names like Jordan or Sam can be used as either a girl’s or boy’s name, that isn’t the case with Chloe, which is traditionally only given to female children.

According to astrology, this name is a true herald of spring. Your little girl will put a smile on the face of every person who looks at her!

This is a wonderful baby name for all baby girls born in March, particularly during the first half of the month.

According to astrology, Chloes who are born during this period are very intuitive and brave, like true Pisces kids. They have a well-developed sense of empathy but do require some extra cuddles for themselves as well. 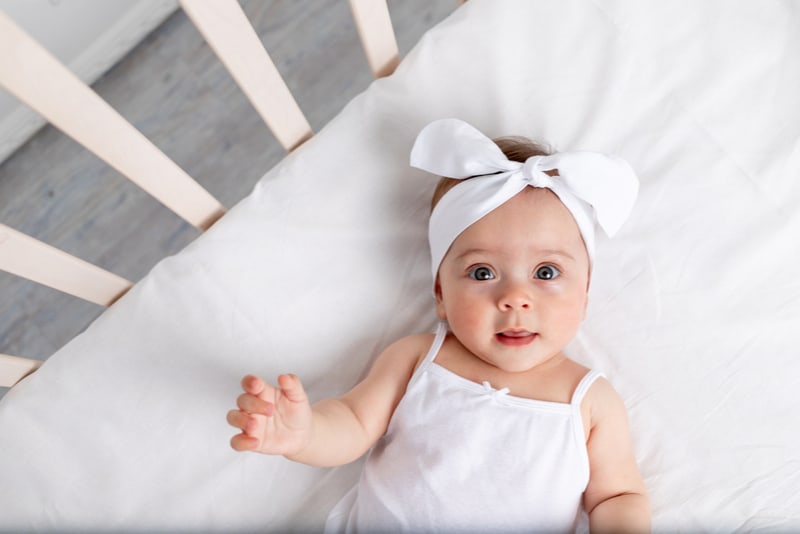 Truth be told, every name is equally beautiful. Like Margaret Wolfe Hungerford would say, “Beauty is in the eye of the beholder”.

Therefore, if you and your partner find an adorable nickname for Chloe, feel free to use it, even if some people don’t like it.

However, make sure this nickname won’t cause any trouble for your daughter as she grows up.

Here are some of the most well-known nicknames for Chloe you might find interesting: 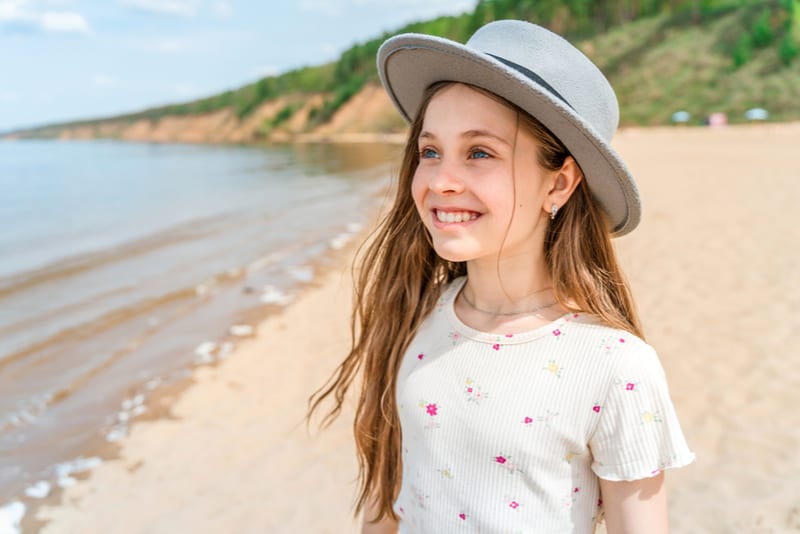 A baby name simply can’t go without a cute pet name, that’s for sure.

However, most people continue to use their childhood nicknames even when they grow up because they consider them as a part of their personality and character.

Your little one will probably have lots of nicknames during her childhood and teenage years, all given by you, close family members, or a best friend.

All those pet names will create lovely childhood memories for your little one.

If you have no idea which cute and funny nicknames would go well with this name, then check out these adorable pet names for little girls: 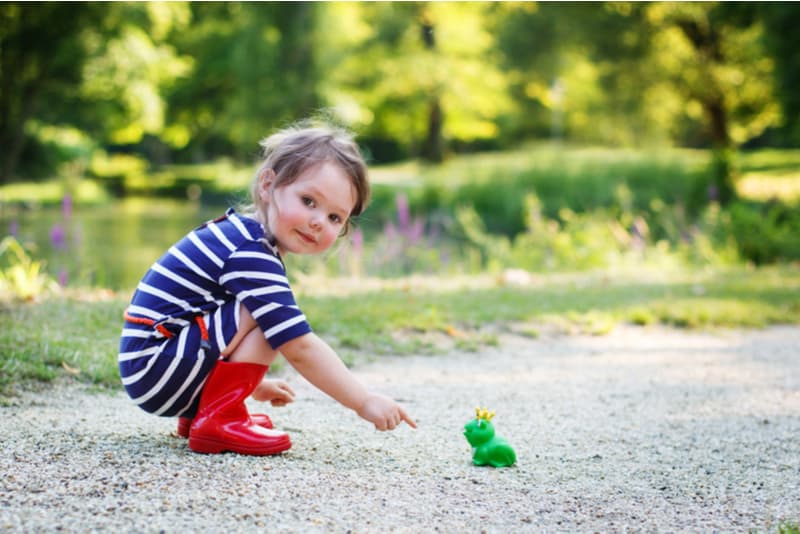 A lot of people think of Chloe as a modern name, like Isla. However, this name belongs to the ancient Greek period and the goddess Demeter, whose nickname was Chloe, so it’s not exactly a new name.

Of course, that doesn’t mean it’s not eligible for some unique pet names.

In fact, here are some cool and unique nicknames for Chloe you’ll surely love: 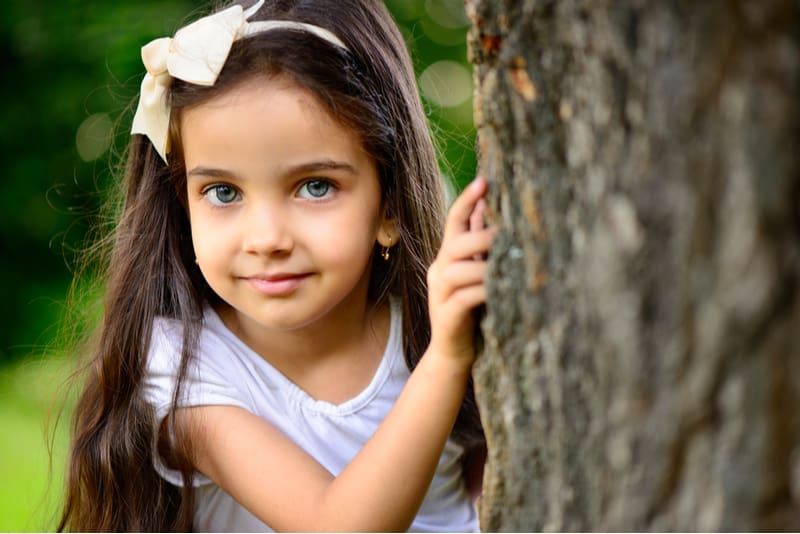 Chloe is quite a short name, so it pairs well with both short and long names.

What’s more, it goes very well with most names in the English, French, or Italian languages.

However, I wouldn’t opt for any exotic or unusual names as they might not fit Chloe particularly well.

Here are some options that go perfectly with Chloe as a given name:

If you prefer rhyming names, you can go with Chloe Zoey – it’s all up to you. 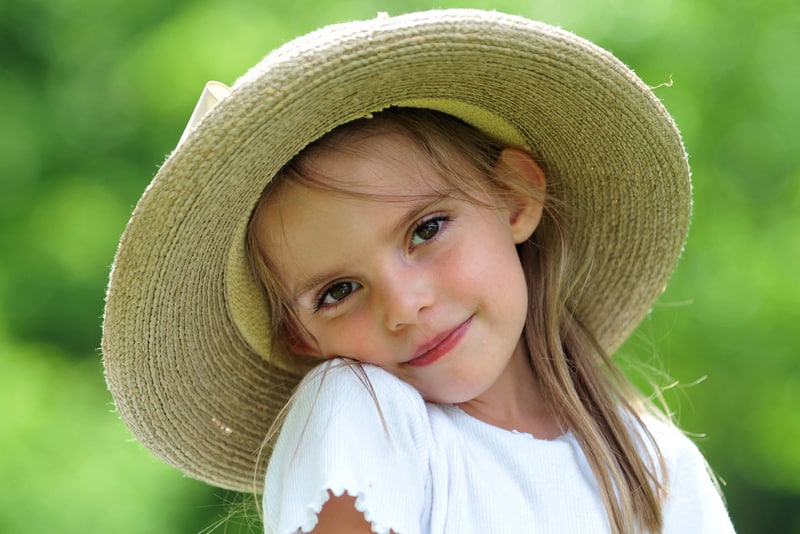 Even though Chloe has Greek origins, it’s very common in the United States and the United Kingdom. However, it’s also a part of several other cultures and languages, such as: 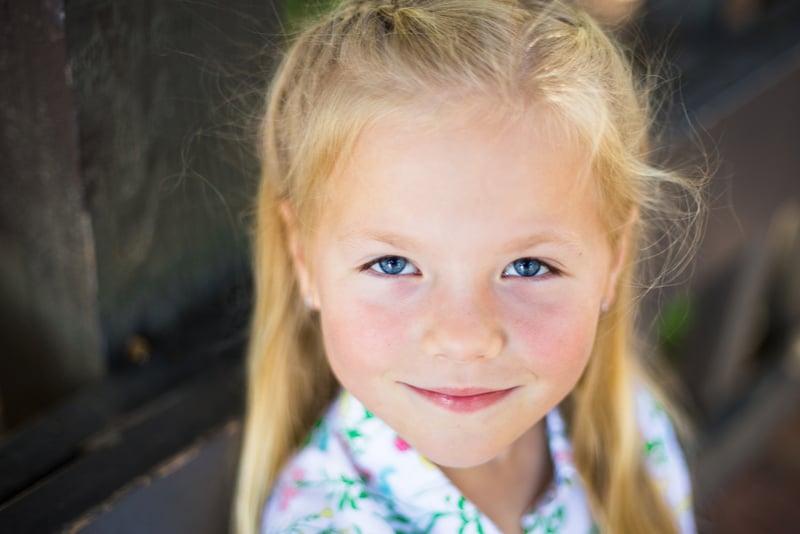 There aren’t many celebrities with this name, which is good news for parents who prefer less “famous” names.

Some names become overused with time because of their popularity among Hollywood A-listers.

However, the name Chloe has not reached the highest Hollywood stars yet.

However, there is one very successful woman who popularized a slightly different form of this name:

• Khloe Kardashian – Khloe is one of the famous Kardashian sisters who created an empire together with their mom, Kris Jenner.

Khloe is one of the stars of the “Keeping Up With The Kardashians” reality TV show.

• Chloë Grace Moretz – A young American actress who already has plenty of successful movies under her belt, such as “The Guardian”, “The Amityville Horror”, etc.

• Chloe Webb – Another American actress. Most people remember her for her role in the movie “Sid and Nancy” where she starred alongside Gary Oldman.

• Chloé – While this isn’t a person, but a luxury fashion brand, it’s definitely worth mentioning because their clothes have been worn by many famous women. The fashion company has its headquarters in Paris. 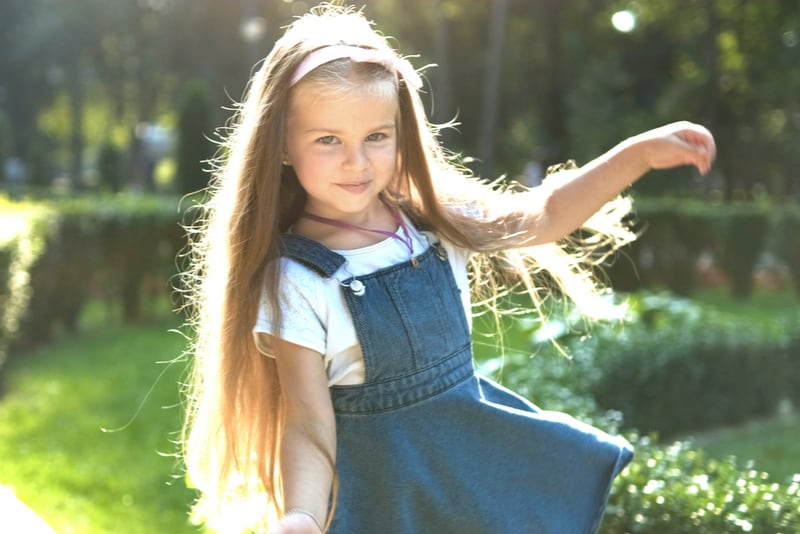 There are so many fun girls’ and boys’ nicknames out there, it’s hard to pick just one.

I must admit I couldn’t decide which pet name was the cutest, but Clove is one of my favorites.

I’m sure you found your own favorites as well, but if you can’t decide which one is the best, you can always consult with your partner or someone close to you.

Don’t forget to play around with middle name combinations as well – that can yield some pretty fun nicknames too! 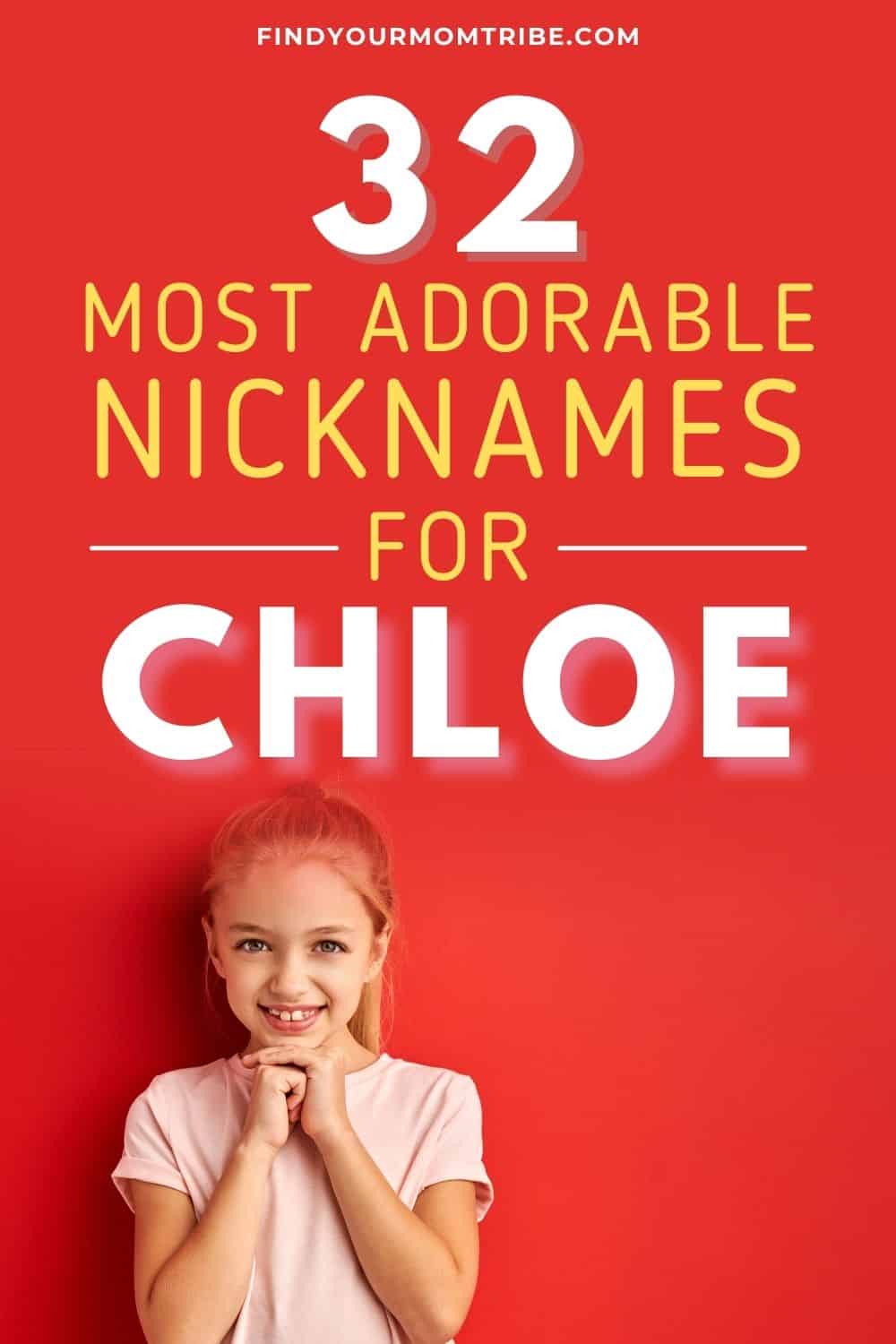