Finding a baby name for your little bundle of joy is one of the most important parts of a parent’s journey. However, nicknames shouldn’t be any less important than the baby’s name.

There are plenty of nicknames for Edward that express the beauty of the name and your son’s personality.

They can describe your little one’s personality in only one expression, which is why it’s important to choose the right nickname.

Although Edward is a rather traditional name, it’s not considered outdated yet. In fact, many parents are drawn to its rustic charm.

This name is a great source of various nicknames, from traditional to unique ones, depending on your preference.

Choosing the most suitable nickname for your baby boy can feel like a chore, so here are all the choices I could find to help you narrow down your search.

This classic English name originates from the Anglo-Saxon word “Éadƿeard” which translates to “prosperous” (Ead) and “guardian” (ƿeard).

This name has been quite popular among royals in England and other European countries. For example, it was the name of King Edward III and Prince Edward, the Duke of Kent, who was also the father of Queen Victoria.

The former Prime Minister of the United Kingdom, Edward Heath, is one of the most famous politicians of modern history carrying this royal name.

But this two-syllable name was most common at the start of the 20th century when it was among the top 10 baby boy names on the Social Security Administration (SSA) list.

When it comes to its modern-day popularity, this old English name is not exactly all the rage at the moment as it has only made it to spot number 195 on the popular baby names list by the SSA.

It’s not difficult to guess which birth month this name is connected to, at least to those who remember Edward Scissorhands!

This heartwarming Halloween classic added a new dimension to the name Edward – although it’s considered to be a classic and sophisticated name, a lot of people now relate it to one of the spookiest holidays of the year.

If your little one is due in October, this might be just the perfect name for him, especially if he’s born as a Scorpio!

Your Scorpio baby might be a handful sometimes, but he’ll also be completely devoted to his family. Scorpios are typically very strong-willed and don’t like to be told what to do. They’re also quite good at manipulating others to get what they want.

Therefore, don’t let your little one trick you into getting another toy, no matter how persuasive he gets.

Jokes aside, I’m sure your little Edward will become a great person with amazing skills and a successful career, no matter when he’s born.

Nicknames are typically used as a way to show affection, to shorten a long name, or to stand out from others who have the same name as your little one.

There are plenty of popular pet names for Edward that have become so common they’ve become given names, as well.

Ed and Eddie are just some of the short forms of this masculine name that have become well-known in most English-speaking countries around the world.

If you’re wondering how come Ted, Ned, and similar short names are pet names for Edward, the answer is quite simple – people started adding a consonant to short forms of names that begin with a vowel because it feels easier to pronounce.

Although these nicknames are too common to make your kiddo stand out from the rest, they’ll be great alternatives to his given name in everyday life: 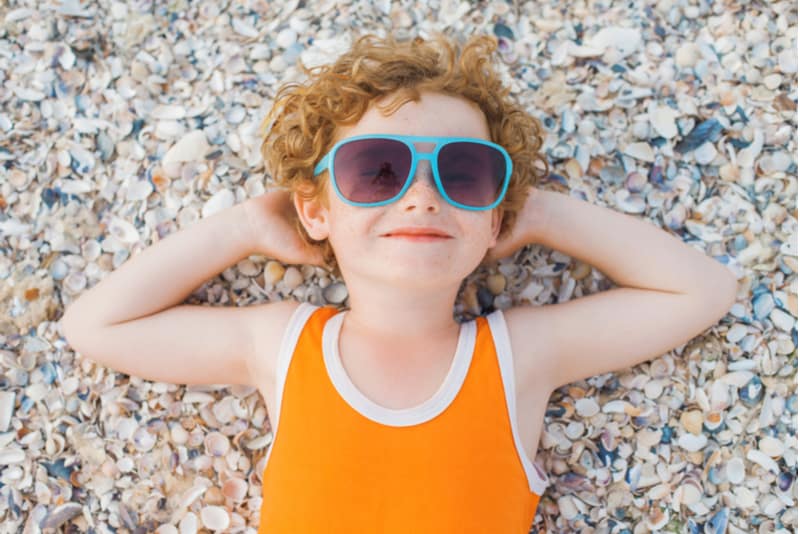 Finding a good friend who’ll always be there for you is like picking a four-leaf clover, but once you find that special person, you’ll immediately come up with at least one silly nickname for them – it’s just how friendship works!

Parents and other family members usually use sweet nicknames for girls and boys, while friends often go with silly pet names that become inside jokes as they get older.

Funny pet names are not the same as nicknames that make fun of someone. If your child feels embarrassed or uncomfortable because of an inappropriate or offensive nickname, you should immediately stop using it.

The name Edward is indeed quite elegant and sophisticated, but these nicknames prove it can have a fun side, as well. Here are some of the funniest nicknames for Eddie that’ll put a big smile on your face:

There are many ways to get creative with your kiddo’s first name.

However, if you don’t consider yourself as very creative, but still want to move away from traditional nicknames for Edward, here are some creative nickname ideas that might be a perfect fit for your boy:

18. Edinburgh (For those who have Scottish roots) 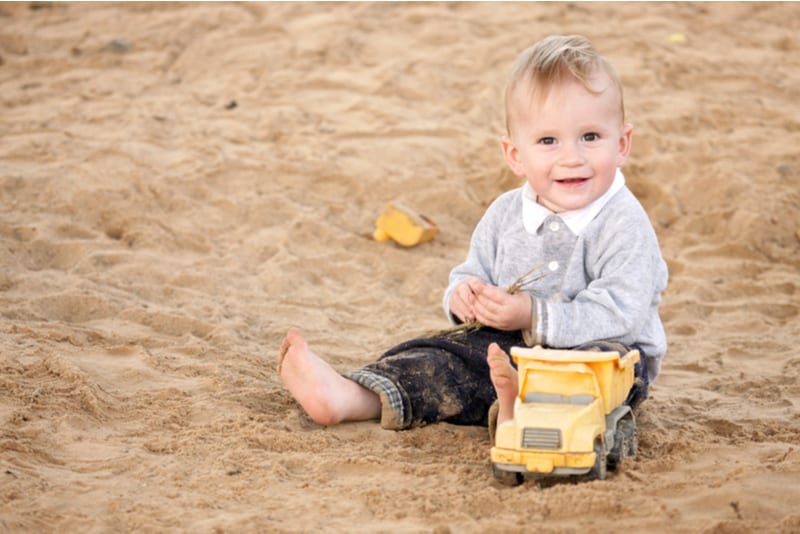 Nicknames can be a wonderful way to show how much you care about your child, partner, relative, or any other person you feel close to.

Instead of saying “I love you” numerous times, some people decide to use a sweet pet name, especially when it comes to their kids.

Cute pet names can create a special bond between two people that lasts for a lifetime – no one else is likely to call your little one Eddybear, and he’ll keep it as a memory throughout the rest of his life.

You can use any of the adorable nicknames from the list below if you’re lacking inspiration: 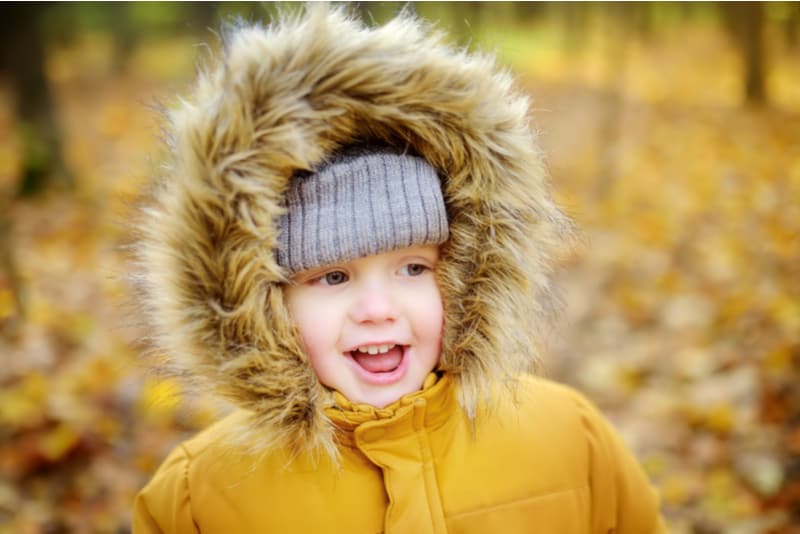 Although they’re not used in everyday life, middle names are an essential part of a person’s identity.

They aren’t obligatory, but they can make your child’s name more unique, especially if his first and last names are rather common where you live.

By adding a middle name, you’re also giving your child a chance to choose his own name in the future if he doesn’t like to be called Edward.

Finding a perfect middle name can be a challenging task, but it’s well worth it.

If you’re not a fan of any of these middle name ideas, you can always pick the name of a beloved family member (make sure they’re okay with it first though) or even use your maiden name.

Baby names inspired by places are also a thing, and there might be a special location in your past that could make for a beautiful name.

The Name Edward In Other Languages 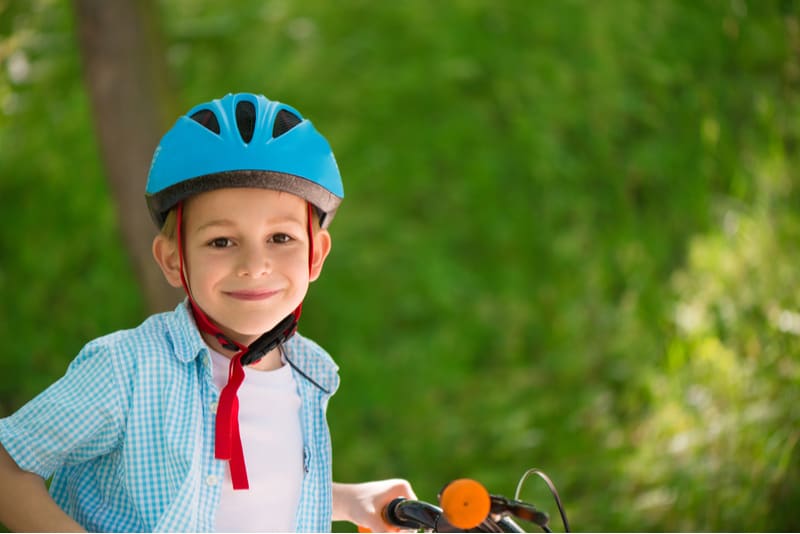 Most given names have an equivalent in other languages, which is a result of having the same sources and adjusting the names to different phonological systems of every language.

Essentially, most of the traditional names come either from the Bible (Hebrew), or ancient Greek and Roman civilizations.

Although first names often can’t be translated literally, they can be adjusted to each language and its set of linguistic rules.

Here are some of the most common name variants for Edward: 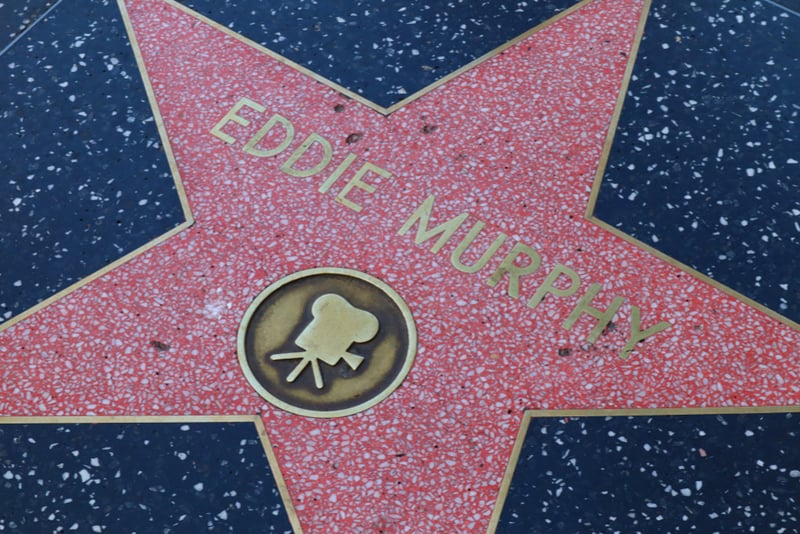 Most people would probably say they can’t think of more than two famous people named Edward, without even realizing how many stars are just using the short forms of this classic name.

For example, not many people know that Eddie Murphy is actually called Edward Regan Murphy. And he’s not the only one, according to this list:

• Eddie Murphy – One of the most famous American actors and comedians that’ll forever remain known as Doctor Dolittle.

He has also starred in beloved comedies like “The Nutty Professor”, “Coming to America”, “Norbit”, and others.

• Eddie Van Halen – Edward Lodewijk Van Halen is one of the greatest guitar players in the history of rock.

Van Halen is also the co-founder of the legendary rock band “Van Halen”, which he started with his brother, Alex, Mark Stone, and David Lee Roth.

• Edward Norton – American actor, director, and filmmaker. His breakout role was in the movie “Primal Fear” for which he received great praise.

Norton has starred in a great number of blockbusters, such as “The Incredible Hulk”, “Fight Club”, “Red Dragon”, “The Bourne Legacy”, etc.

• Ed Sheeran – One of the most popular English musicians of modern times and one of the best-selling artists in the world.

To date, he’s sold over 150 million records around the world and has won a great number of awards that are a testament to his talent. 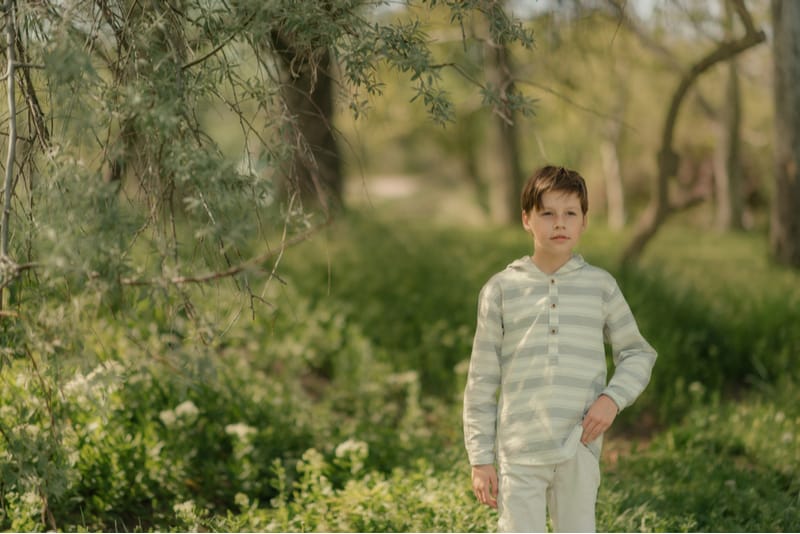 There’s something about the name Edward that writers and creators simply love as there have been numerous characters with this name.

Here’s only a small selection of fictional characters called Edward:

• Edward Cullen – One of the main characters from Stephenie Meyer’s Twilight series that was portrayed by actor Robert Pattinson in the movie adaptations.

• Edward Scissorhands – This character is a young man with scissors for hands who turns out to be a true sweetheart. He was portrayed by Johnny Depp in the movie of the same name (directed by Tim Burton) and is a Halloween classic to this day.

• Edward Ferrars – A character that appears in the novel “Sense and Sensibility” by Jane Austen.

Naming your first child may be a challenge, but not nearly as challenging as finding the right sibling name for your second child.

Most parents try to find a balance between two names – while they don’t have to match 100 percent, it would be nice if they complemented each other.

If you’re planning a second child (or the baby’s already on its way), it’s time to think of a name that’ll go together with Edward.

Here are some name ideas that’ll go great with your baby boy’s name: 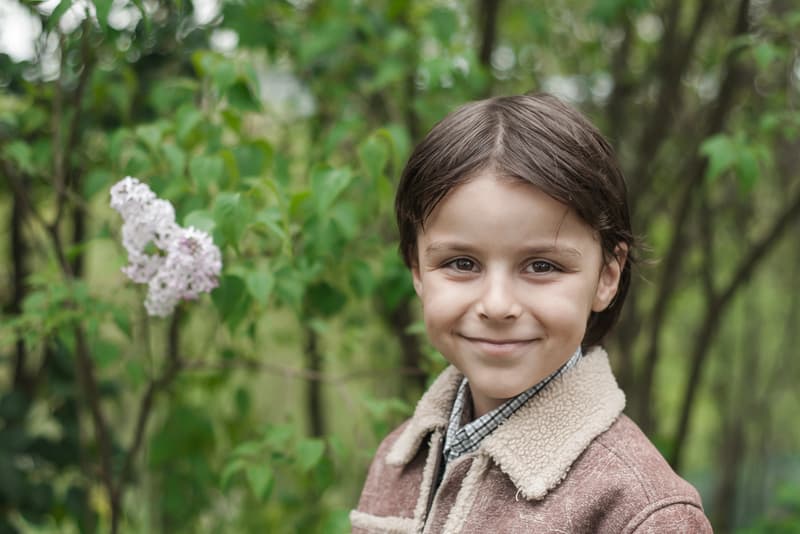 I’m sure you’ve found at least two or three nicknames for Edward after going through these lists.

Even though nicknames and middle names can say a lot about a child’s personality and character, they’re typically underrated parts of a child’s identity.

Choosing the right nickname for your son will create a great relationship between the two of you that’ll last for the rest of your lives.

Keep in mind that your little one might become quite sensitive during his teenage years, so it might be a smart move to call him Eddie rather than Eddybear – at least when you’re in public. 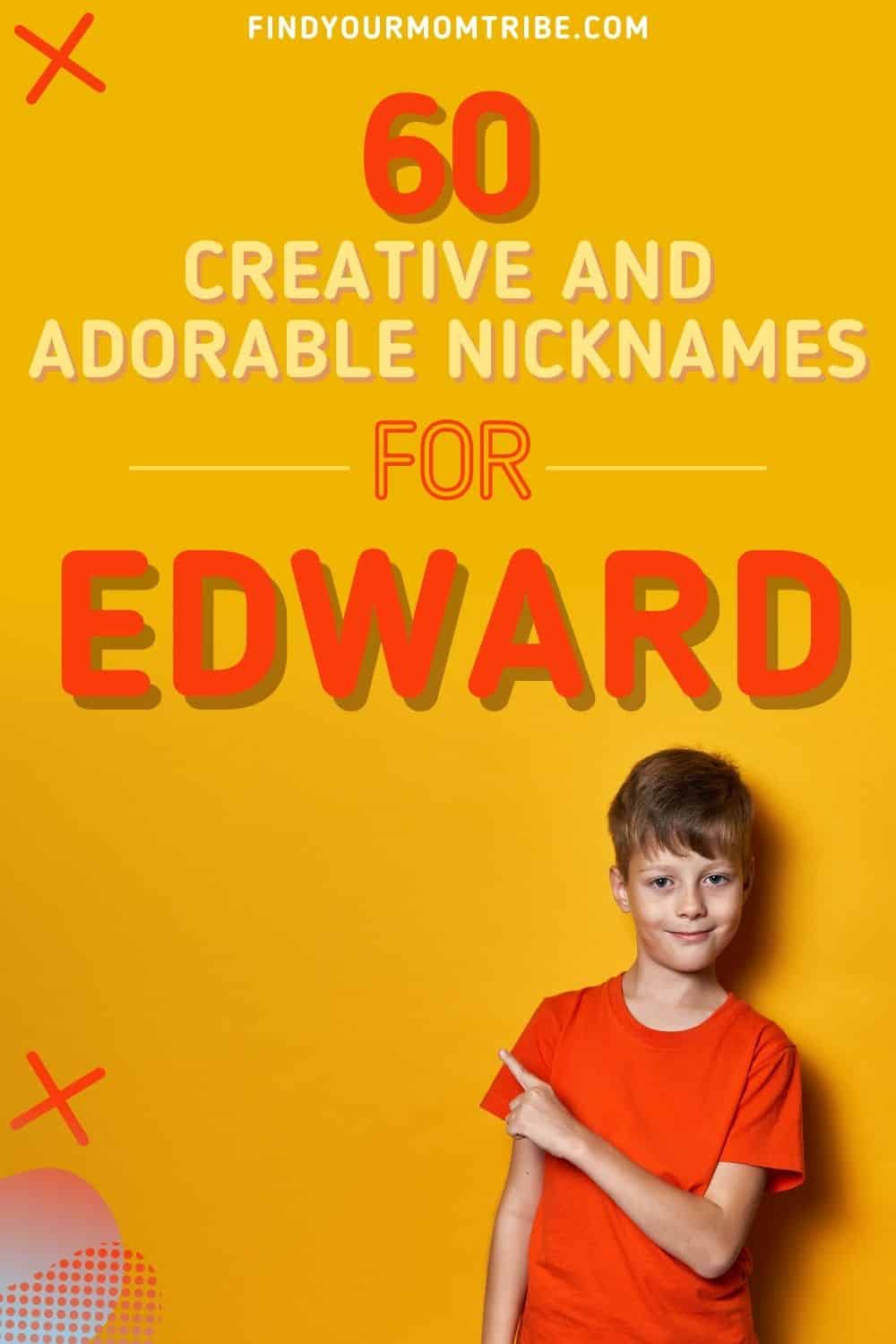