Looking for pet names for a special person in your life called Henry?

You’re at the right place because I’ve collected the best nicknames for Henry that are creative and fun.

These nicknames are suitable for almost any occasion, except the strictly formal ones, like business meetings.

There are many famous people who carry this name, but I was surprised to discover that it’s the real name of Prince Harry from the British royal family.

His full name is actually Henry Charles Albert David but he’s been known as Harry his entire life.

If you decided to name your little one Henry, here are some of the best pet names for your little prince to inspire you. 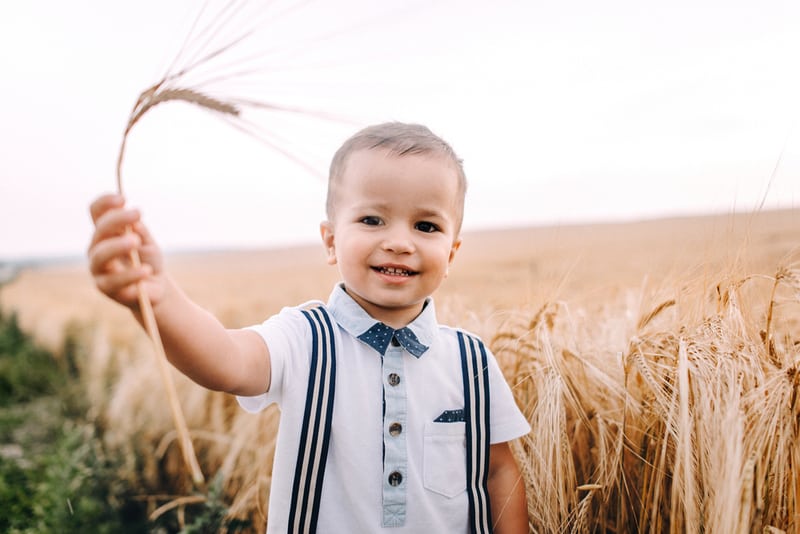 Henry is a classic name many people associate with kings and ancient history. But it’s still one of the most popular baby names in the US according to the Social Security Administration’s (SSA) popular name list where it’s currently in the 9th spot.

The origin of this five-letter name for boys dates back to the eighth century and the Old High German language.

The original form of the name during that period was Haginrich, which was later changed to Heimeric.

After a few alterations, Henry became the English variation that’s been given to baby boys for centuries now.

However, it had a big comeback in 2020 by climbing all the way to the top 10 of baby boy names in the US.

The name Henry translates to “home ruler”, which is a literal translation of “Heim” meaning “home” and Ric meaning “ruler”.

This two-syllable moniker is well-known thanks to the English King Henry VIII, who will be remembered historically as one of the most controversial kings of all time.

He had six wives in total but two of his wives who couldn’t deliver a son to him were executed.

Of course, there have been many other Henrys after him who made this name very popular through their great successes in different fields.

Traditionally, Henry has been considered a masculine name with Henrietta as its female counterpart, but Harriet has been used as a feminine variant of this name, as well.

If your child is born under the zodiac sign of Cancer, Henry is the perfect name for him, at least as a middle name, if not the first one.

RELATED: Personality Traits And Characteristics Of A Cancer Child

According to astrology, this name is a true representative of the Cancer sign and the month of July.

Your little boy might be a very sensitive and cautious person – he probably won’t be a fan of loud noises and large groups of people.

However, he’ll become a very emotional and empathic person who’s willing to help anyone in need. 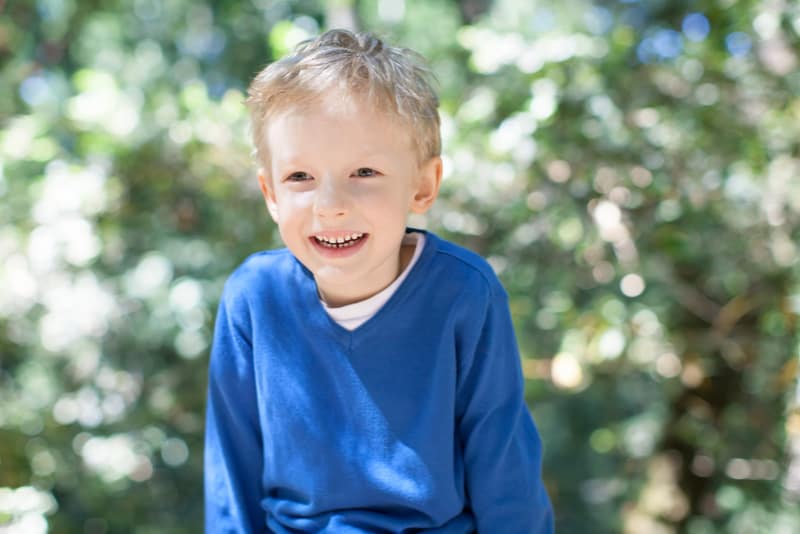 This traditional masculine name has become quite popular during the last decade, which might be related to the success of Hollywood actor, Henry Cavill.

It’s a well-known fact that many parents might be influenced by the names of celebrities and other public figures when naming their children.

What’s more, there are plenty of common nicknames for Henry which are also used as names.

Most of them are just alternative forms of this male name, while others just sound similar to Henry.

If you’re looking for a common nickname for Henry, you’ll surely find at least one perfect choice for your little boy here: 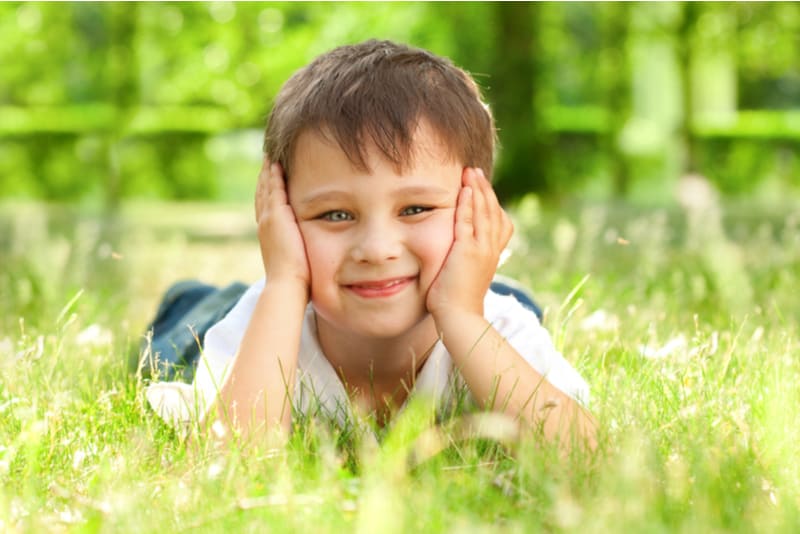 Adorable nicknames are usually given by parents or other close relatives as signs of affection.

However, as the child grows up, he might not be thrilled if you use such pet names in public or in front of his friends.

But, these nicknames usually remain as a sweet memory in later years.

I am always happy when I remember the childhood nickname my dad used for me, and I’m sure your little one will remember the pet name you gave him, as well.

Here are some of the cutest nicknames I could find: 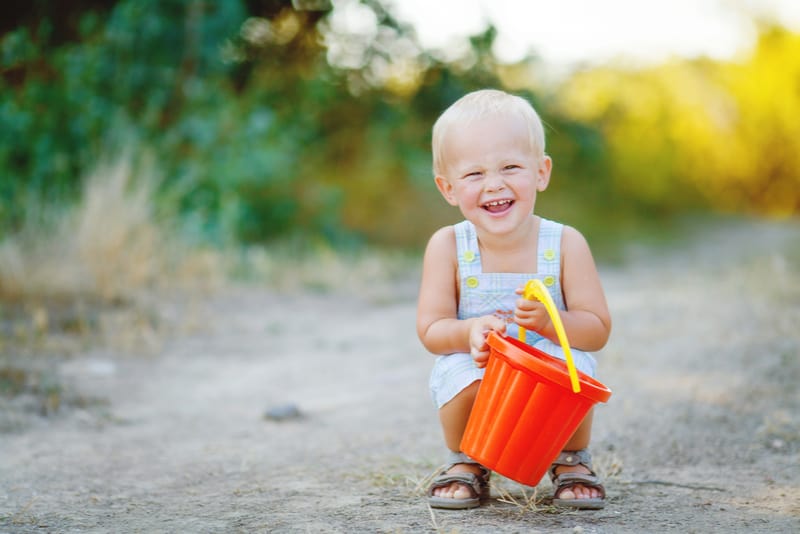 Some parents love common boy nicknames, while others prefer more unique or unusual options for their little one.

Plenty of classic girl and boy names have been adjusted to become more distinctive and unique.

Still, there’s a fine line between a unique and an embarrassing name.

You should be careful about the choice of nicknames as well to avoid any uncomfortable situations in the future.

Keeping this in mind, here are some of the best unusual nicknames for your child: 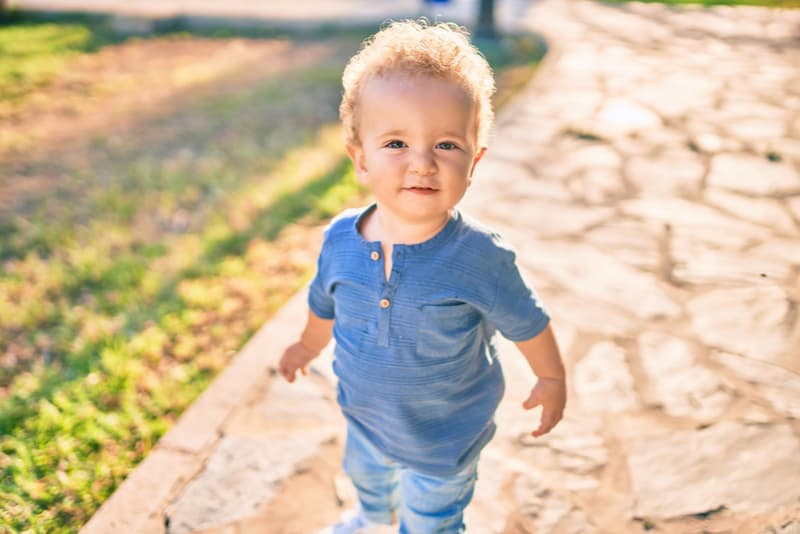 Even though this name consists only of five letters and two syllables, it’s still a great base for creative nicknames.

Essentially, you may add whatever you want to any part of the name and you’ll get a brand new pet name for your friend, relative, or child.

If you don’t consider yourself to be a very creative person or don’t have enough time to think of your own nicknames, you may check out this collection of nicknames. 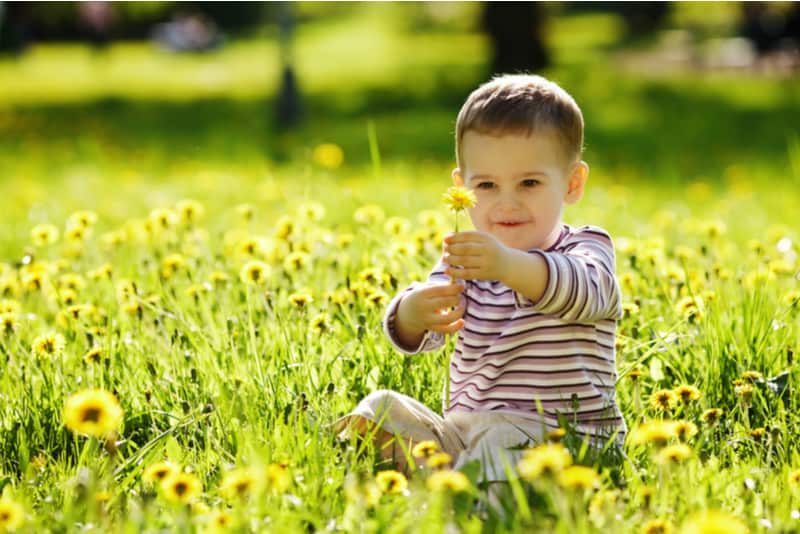 However, these informal nicknames are slowly but surely taking over the business environment as well.

Even though nicknames are still not acceptable in every professional environment, there are more and more people using funny nicknames to “break the ice” at work or just show a friendly rapport towards a coworker.

What’s more, it’s a great way to bond when you’re getting to know someone.

If you don’t have any pet name ideas of your own, you can check these funny nicknames and get inspired by them:

The Name Henry In Different Languages 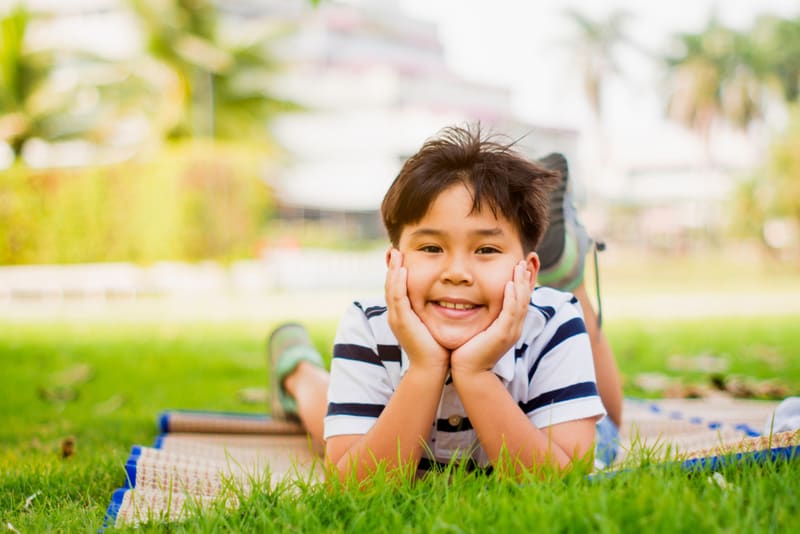 Just like many other names, Henry is also quite popular in other countries.

Personal names are often subject to spelling alterations based on the language they’re used in.

All of these names have the same origin with different spellings and pronunciation: 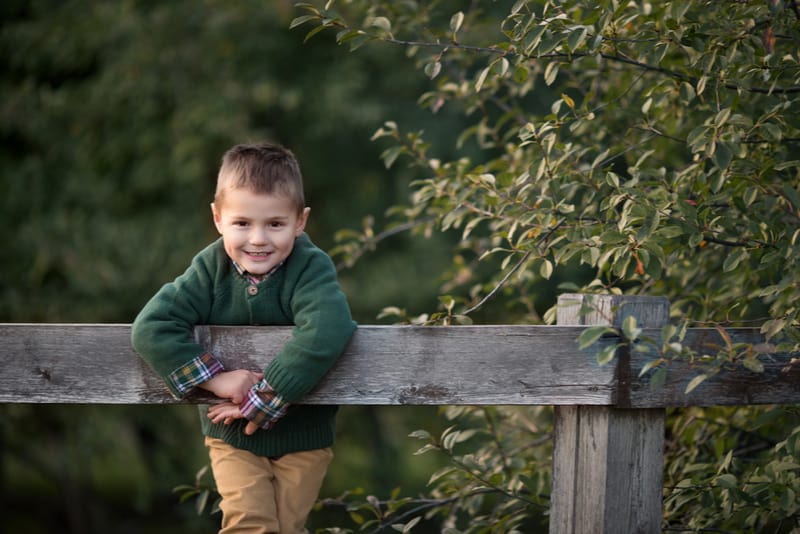 There are plenty of cool middle names for your little boy that’ll make his full name even more elegant and distinctive from others.

Since this name is rustic, I recommend keeping the middle name traditional as well. When it comes to length, both a longer and shorter name will sound good. 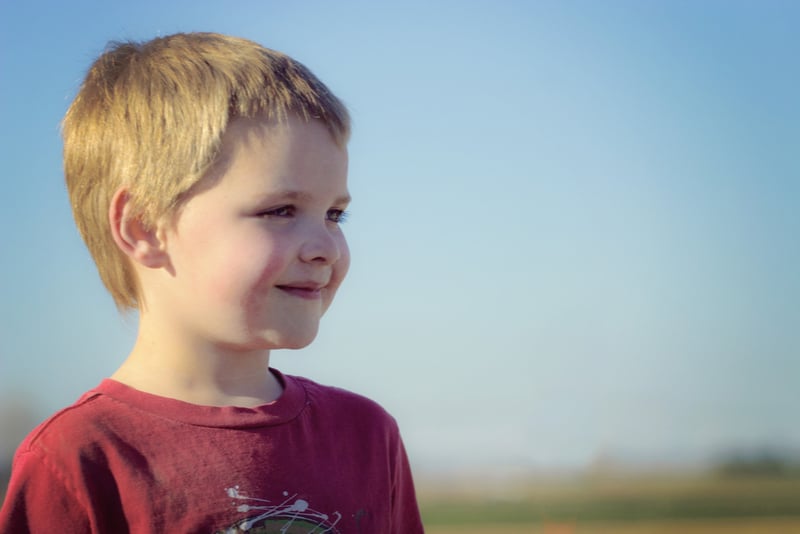 I am well aware of how difficult it can be to find the perfect name for your little boy or girl, especially when it comes to your second baby.

It seems like it was just yesterday that you named your firstborn and now you have to find a matching name for his sibling.

The best advice I can give you is don’t stress about it.

The perfect name for your second born is any name you and your partner agree on – it’s that simple.

There’s no need to listen to anyone else and let other people make you doubt whether you made the right choice or not.

But, if you have no idea which names you could use for your new baby, you can check out these name suggestions and choose the one you like most. 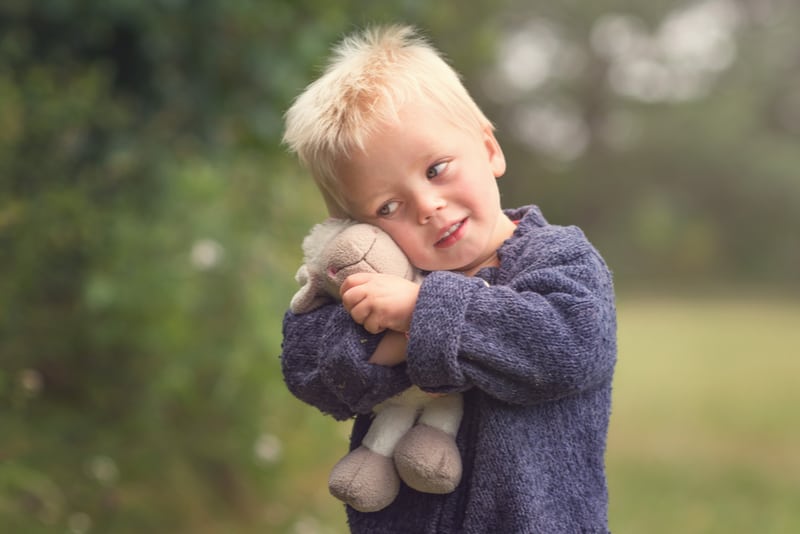 Henry is a name carried by royalty for centuries, from the first King of Germany, Henry the Fowler, to Prince Henry, better known as Prince Harry.

Here are some of the most influential people of modern times with this noble name:

• Henry Cavill – British actor who became a Hollywood star after his superhero role in DC’s “Superman”.

• Henry Ford – A business magnate and a man who revolutionized the auto industry with his famous “Model T”.

Ford took over the world with his cars and is still known as one of the most important people in the car industry.

• Henry Fonda – A famous actor with a long-lasting career and numerous old Hollywood film titles behind him.

He is also the father of Jane Fonda who also became an actress in her own right.

• Henry Winkler – A famous comedian. Most people will remember him as playing the legendary character of Fonzie in the TV show “Happy Days”. 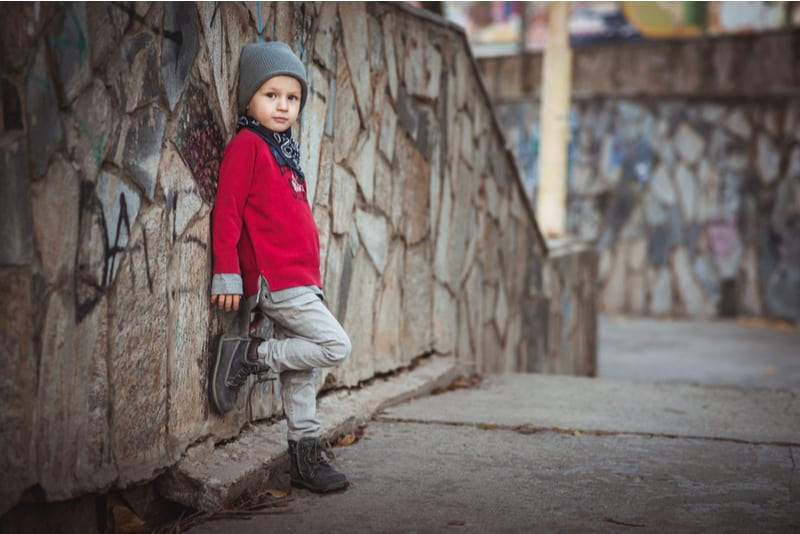 Have you found the perfect nickname for your child, friend, or a loved one?

Although this name only has two syllables, people have gotten really creative and were able to come up with nicknames like Hendry, Heinz, and Henchman.

Just like the name William, Henry is a name associated with royalty and important historical figures. Still, this doesn’t mean you’re not allowed to get silly when crafting nicknames.

Although this is traditionally a masculine name, most of these pet names can be used as feminine nicknames as well, in case you know someone named Harriett or Henrietta.

If you’re still in a dilemma about which nickname would be the best, you can show this list to your partner, family, or friends and choose a pet name together!

READ NEXT: 110 Creative Nicknames For Robert That Work Wonderfully 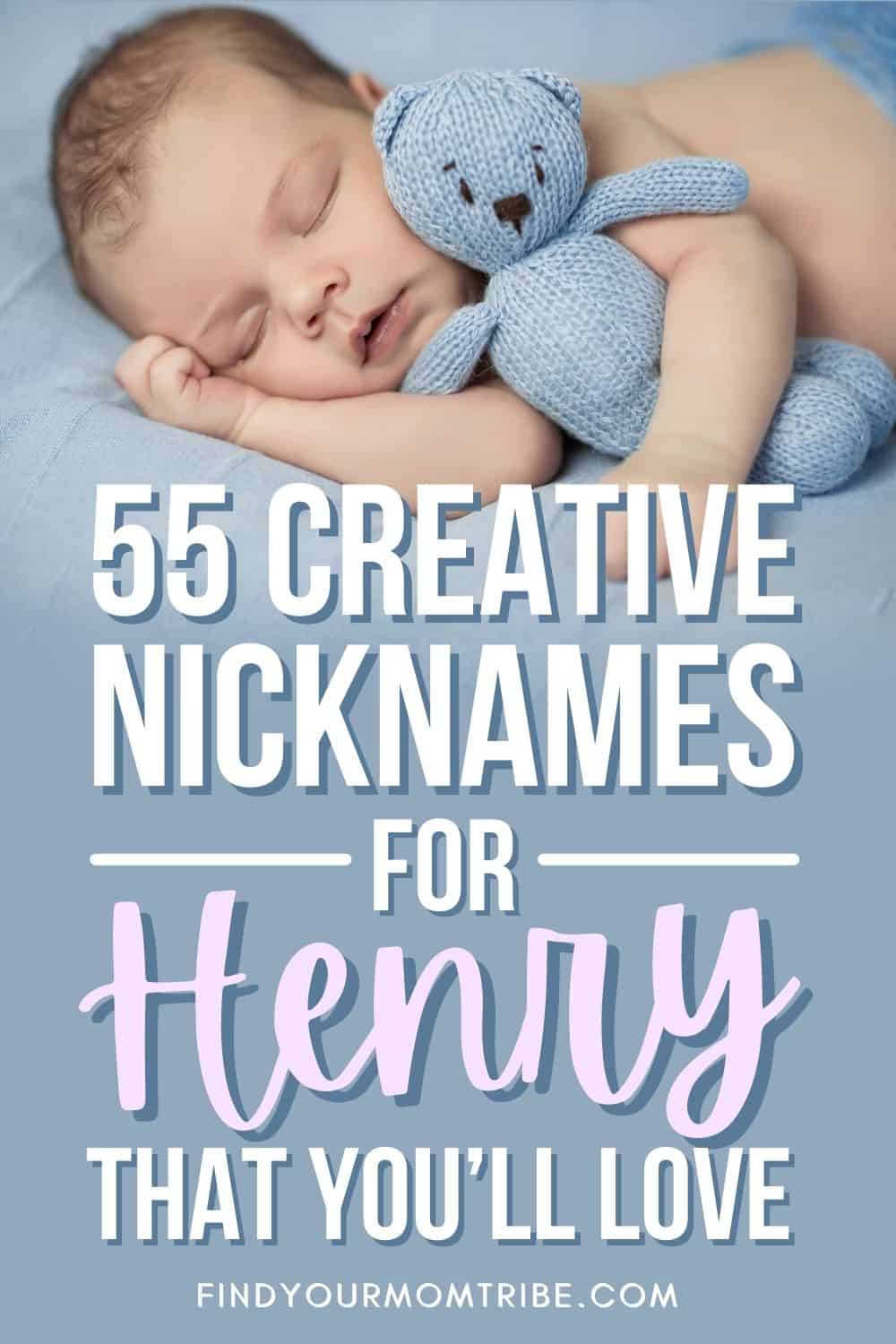