If you decided to name your little girl Mia, but have no idea which nickname would go well with it, then your search is over, because I have gathered the best nicknames for Mia that you’ll be sure to love.

These nicknames are adorable and very practical, even though this three-letter name is already practical enough for everyday use.

Although Mia is one of the most common girl names of the last decade, it’s not very common among celebrities.

However, we all still remember Mia Thermopolis, the nerdy high school girl who discovered she was actually royalty in the movie “The Princess Diaries”, played by Anne Hathaway.

Mia may not be the most unique name for girls, but it certainly has a lot of charm.

Here are some of the cutest pet name ideas that you might find interesting for the special Mia in your life. 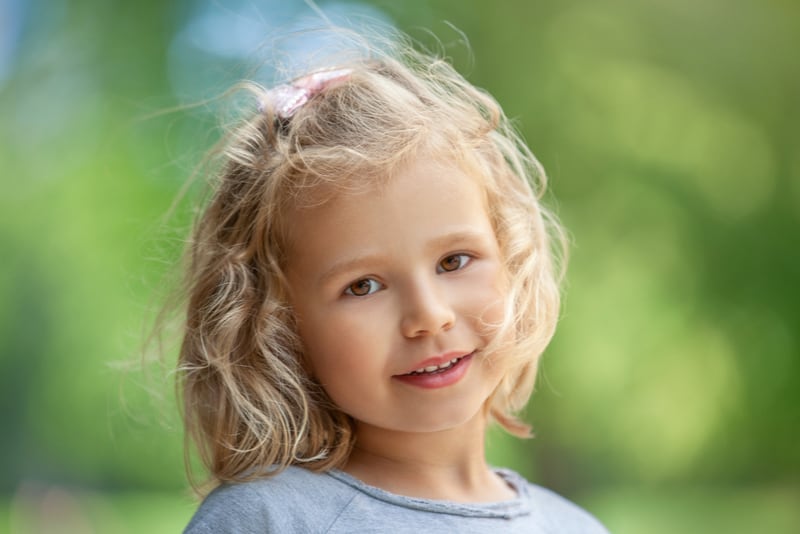 The name Mia is a short form of the Latin name Maria, which has roots in Miriam, a Hebrew name.

This name is also used as a short form of the traditional Slavic name, Mila.

The name meaning is the same in most languages, describing a person who is loved by everyone around her.

However, in Italian this name translates to “mine” (which is why they exclaim mamma mia!).

Even though Mia was used as a nickname for a long time, it eventually became one of the main stars on the SSA’s (US Social Security Administration) popular baby name list.

Mia has been in the top 10 for the last 12 years and it doesn’t seem like it’ll drop any time soon.

Even though there aren’t many celebrities who share this name, it may have become popular because of fictional characters from Hollywood movies such as Tarantino’s masterpiece “Pulp Fiction” or the teen movie “The Princess Diaries”. 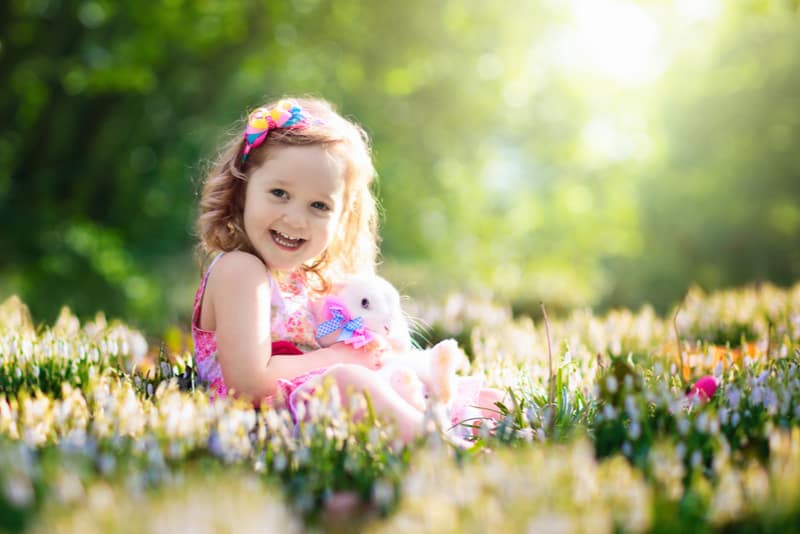 Your little girl deserves nothing but the best, and there’s nothing better than a cool nickname she will proudly use everywhere she goes.

Finding a good nickname for a boy or girl may not seem so difficult at first, but it can quickly turn into an overwhelming process.

Although this popular girls name only has three letters, there are tons of nicknames for little girls named Mia that are even longer than the moniker itself!

Here are some of the most popular nicknames for Mia: 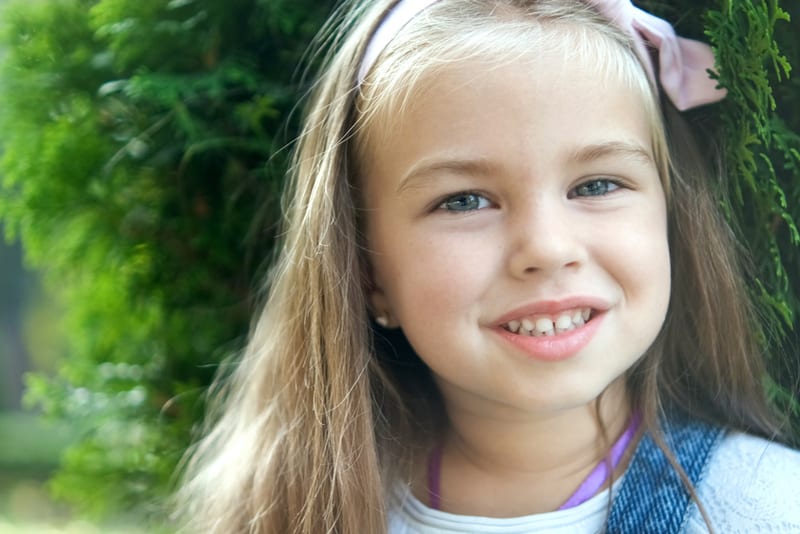 Nicknames and creativity often go hand in hand! If there was no creativity, there wouldn’t be any nicknames either.

However, many nicknames have become so common they’re also being used as given names.

Mia is one of the best examples of how a three-letter cute nickname eventually became a given name over time.

Now, here are some of the most creative and funny nicknames for Mia that you’ll definitely love: 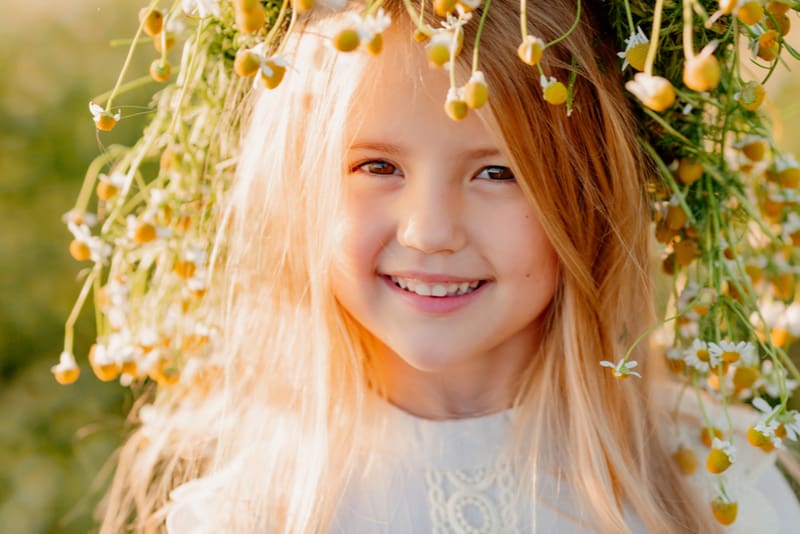 Middle names can be a crucial part of your child’s identity.

Your child may even decide to use her middle name in everyday life instead of her first name based on personal preference.

Giving a middle name to your little one also gives her the freedom to have control over both her private and professional lives.

There’s no better way to preserve your family name than by making it your child’s middle name. You could choose your maiden name or the name of a family member you truly appreciate.

However, if you’re not the traditional type and just want a cute name combination for Mia’s middle name, such as Mia Rose, you may as well go through this list of beautiful baby girl names that will be a great addition to her given name: 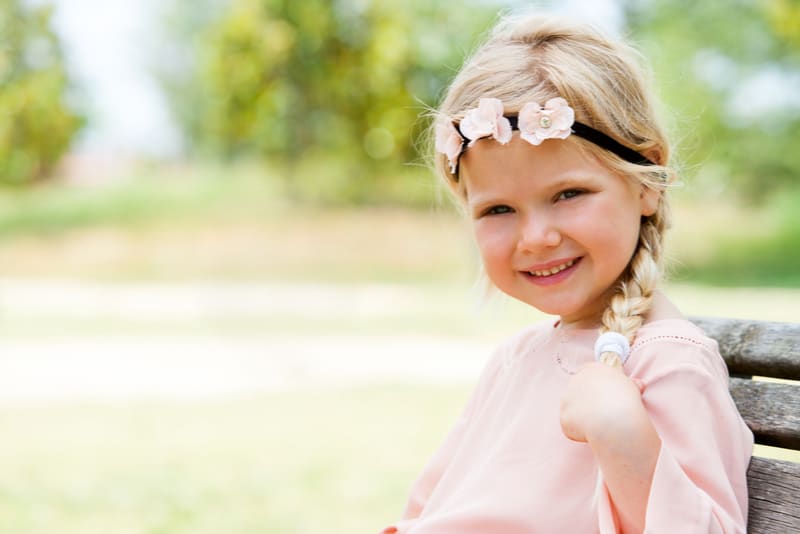 Truth be told, I was a bit surprised when I found out how few Mias there are in Hollywood and the entertainment industry in general.

Considering this beautiful name is one of the most popular in the US, it’s strange there aren’t many celebrities called Mia.

However, some consider this fact as an advantage, especially those who prefer less common names, at least in the mainstream media.

Here are some of the most famous women carrying this magnificent name:

• Mia Farrow – An American actress who was married to Frank Sinatra for a short time. She was once one of the most sought-after actresses in Hollywood, and you probably remember her from the movie “Rosemary’s Baby” (and her iconic haircut!).

• Mia Wasikowska – An Australian actress who became known for her role in the Australian TV show “All Saints”, but rose to fame as Alice in “Alice in Wonderland”, directed by Tim Burton.

• Mia Hamm – A famous US soccer player who retired in 2004. She is one of the only two women to make it onto the list of the 100 greatest soccer players alive by FIFA.

• Mia Kirshner – This Canadian-born actress rose to fame through various supporting roles in Hollywood, including movies like “The Crow: City of Angels” and the comedy “Not Another Teen Movie”. 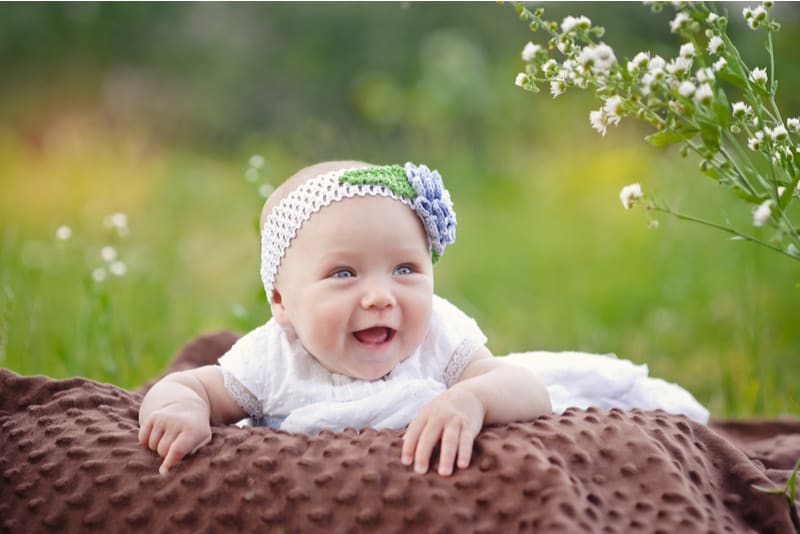 Finding the perfect name for a child is a challenging task, but it’s even more difficult to find a matching name for your firstborn’s sibling.

Some parents search for matching names that rhyme, others want names that start with the same letter, and then there are those who just want two nice names that complement each other.

This list has a bit of everything for every type of parent!

If you’re expecting a second child, and have no clue which name would be a good fit for Mia, here are some beautiful name ideas for both boys and girls: 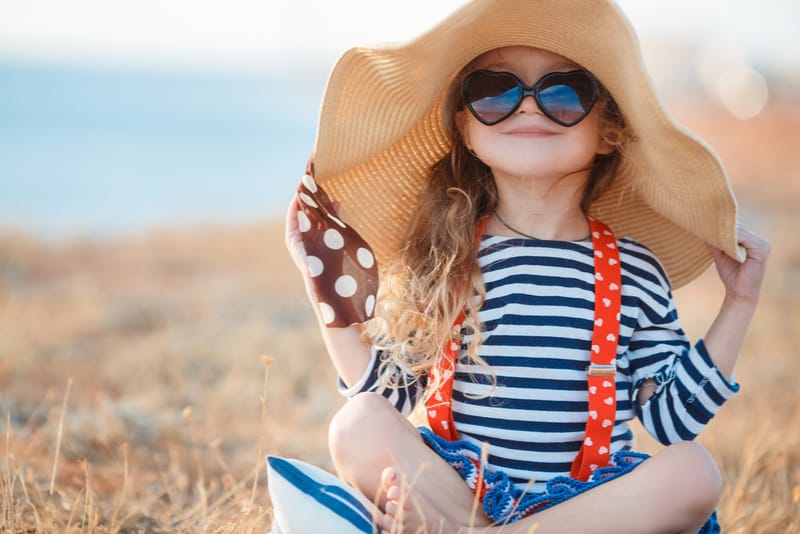 Once you dreamt about giving birth to your little princess and carrying her in your arms, and now you’re choosing names and nicknames for her!

Well, I hope you have found at least three or four cute nicknames for Mia that sound like a good fit for your baby girl.

I must admit my personal favorites are Em and Maya, because they both sound cute and professional at the same time.

It’s quite challenging to find nicknames for Mia because the name itself is a short form of longer monikers, such as Mila, Maria, and Miriam.

However, this is also good news for all the parents who are searching for a name without different short forms to avoid any offensive nickname ideas in the future.

I know some parents who were reluctant to name their baby Olivia because they didn’t like the nicknames for it.

The same goes for middle names. Most parents take good care of which middle name suits their little one the best and which ones have the least possibilities for any unwanted nicknames.

Now that you have found the perfect name and nickname for your little girl, you can finally take a well-deserved break. Enjoy! 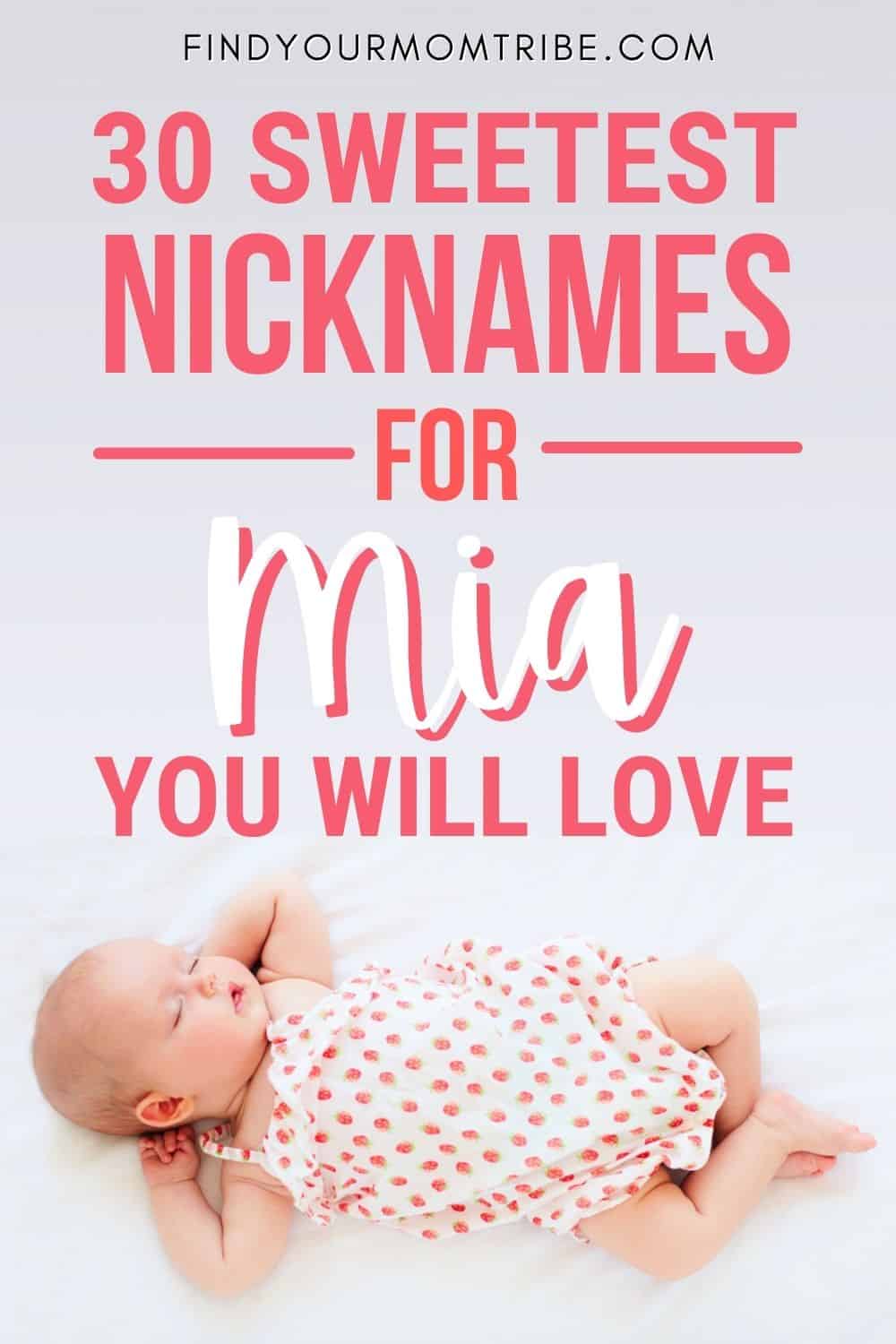