Finding the perfect name for your little one is a challenge on its own, but it’s not the only one – you also need an equally perfect pet name for your child.

There are numerous cute nicknames for Madison that can describe her energetic personality in a single word.

It’s interesting how this name is mainly used for girls, even though it translates to “son of Matthew”.

This does imply that this moniker was once used as a boy’s name, but it’s been trending as a popular girl’s name on various name lists since 1984.

Madison may not be as popular as the name Sophia or Olivia, but it certainly has its own charm.

Many of us still remember Madison Sinclair from “Veronica Mars”, one of the most vicious, arrogant, and shallow fictional characters ever seen in a teen TV show.

Of course, this is just fiction and it doesn’t make this name any less beautiful.

If you have decided to name your daughter Madison, you’ll definitely enjoy all the cute and funny nicknames for your little girl.

And if you have a friend or a family member named Madison, these nicknames apply as well.

Just keep in mind that all of these nicknames can be used for boys as well, if you decide to give this name to your baby boy. 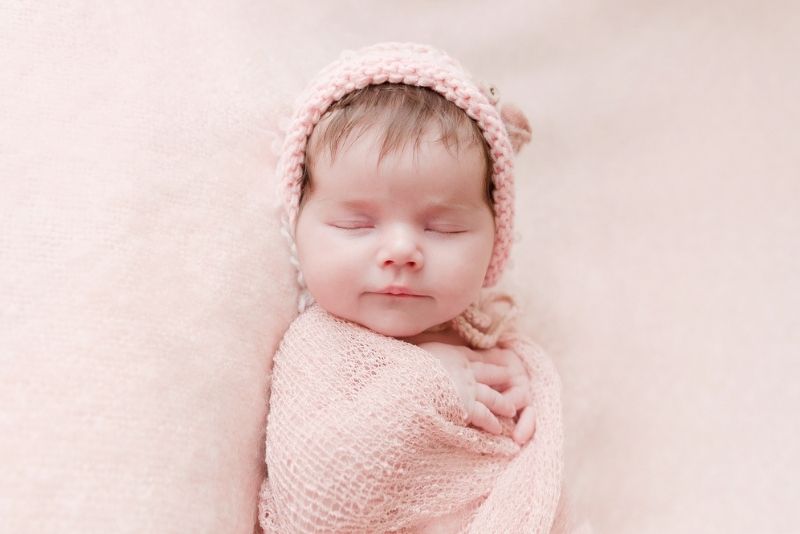 Madison is known as a typical three syllable American name for girls, but it’s also famous as a last name, popularized by the fourth president of the US, James Madison.

The origin of the name actually comes from the Old English surname Mathieson, later known as Madison.

This last name was used to define “Matthew’s son”, even though some say it stands for “a son of Maud”.

This name became well-known after it appeared in the movie “Splash” (1984), when the protagonist chooses her name while looking at the sign on New York’s Madison Avenue.

This name was popular among boys a long time ago, but it has been completely taken over by girls during the last twenty years.

However, it seems as if it could become a true unisex name in the near future as more and more parents decide to go with gender-neutral baby names.

Madison has been very popular as a baby girl name since 2000, when it was in the top three of the most popular baby names, according to the Social Security Administration data (SSA).

However, things have changed since 2015, when it dropped down to a two-digit place. Now the name Madison is positioned solidly in 23rd place.

This name is very interesting according to astrology, as even though its birth month is March, Madison belongs to Capricorns.

Therefore, you may expect your little one to be optimistic and passionate, but a very stubborn and confident little person.

If your little girl comes into this world as a Capricorn baby, I do hope you give her this beautiful name to match her personality, at least according to her Zodiac sign. 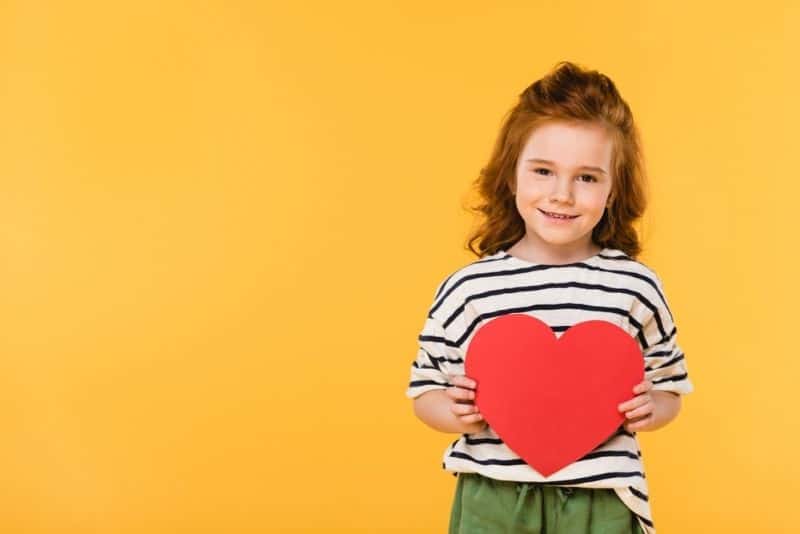 It’s no wonder this name is one of the most popular monikers in the US because of its interesting name origin and the “Father of the Constitution”, James Madison.

​That’s probably one of the reasons this name has always been a common choice for parents naming their babies.

It’s interesting to note that several nicknames for the name Madison have also become first names over time.

Maddie, Addison, Madisson, and others are becoming more and more widespread, so they might even make the original form sound outdated.

However, I truly hope this doesn’t happen because I really like the name as it is, just as much as I love these nicknames for Madison: 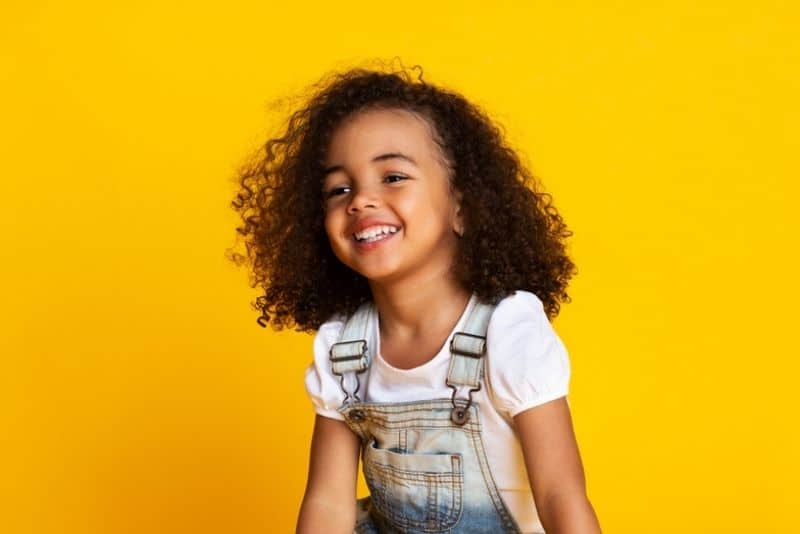 Some people believe that the name Madison may not be appropriate for a young girl, because it ends in “son” and was exclusively a boy’s name before.

However, I wouldn’t mind if my name was Madison, especially after I found these adorable nicknames that sound simply perfect: 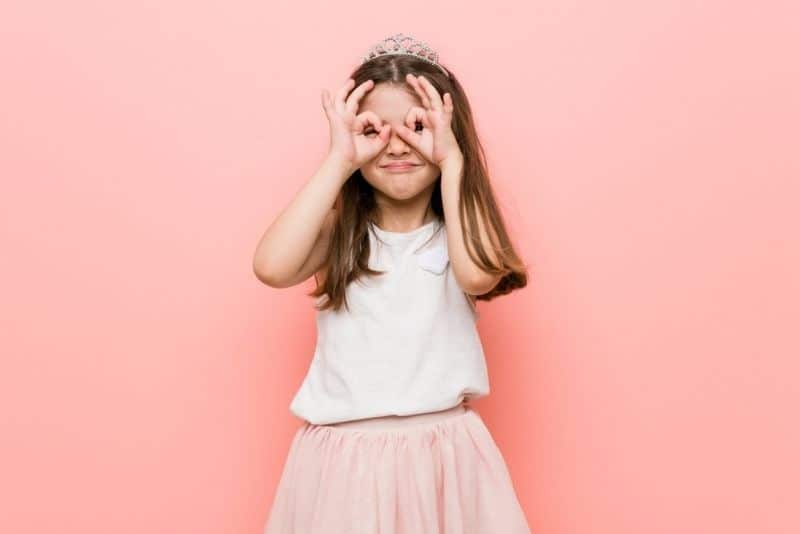 Parents can be silly from time to time, just like their kids.

Children usually don’t expect anything cool to come from their parents, so why don’t you surprise your kid with some of these funny nicknames for Madison?

​Your child will definitely appreciate your effort to make her smile, even if it’s with one of these silly nicknames: 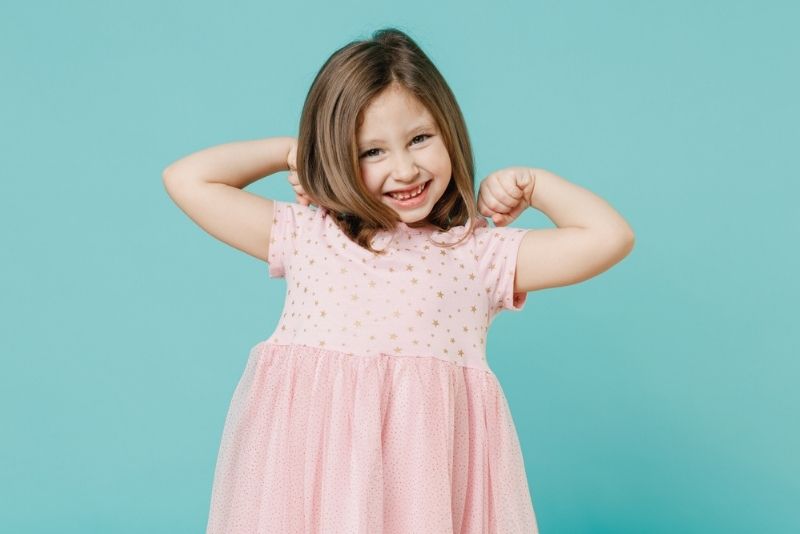 There are plenty of unusual nicknames for both little girls and boys named Madison, which is no surprise, as this three-syllable moniker easily breaks down to form numerous pet names.

You can add whatever you like to the whole name, or even just a part of it, and you’ll create a brand new nickname for your little one.

Here are some unique nickname ideas I’m sure you’ll love: 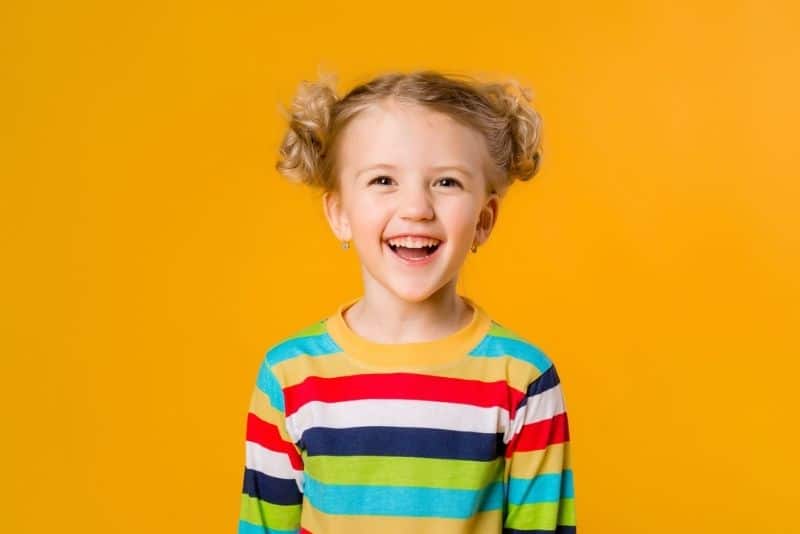 We all love funny nicknames, but only if they don’t offend anyone or cause any hurt feelings.

Some people are very open-minded and have a special type of humor, so they don’t mind being called funny nicknames.

However, children are very emotional and sensitive, which is why you should take care of which pet names you’re using for your little one.

These nicknames will bring a smile to everyone’s face, but if you think someone might be offended by any of them, it’s better to replace them with a safer version. 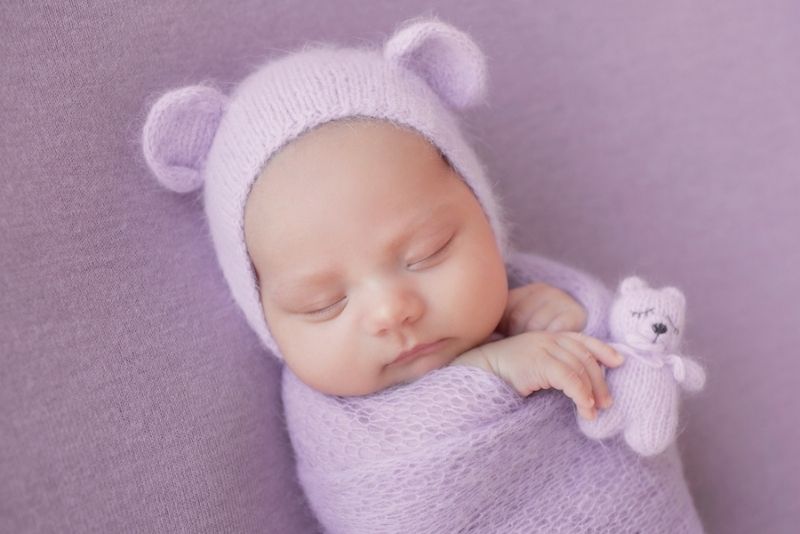 Madison goes well with all sorts of names, from short and long ones to traditional and modern names.

If you’re looking for a perfect middle name for your little girl, you’ll be sure to fall in love with at least one name combination I have for you here!

Check out these cute options: 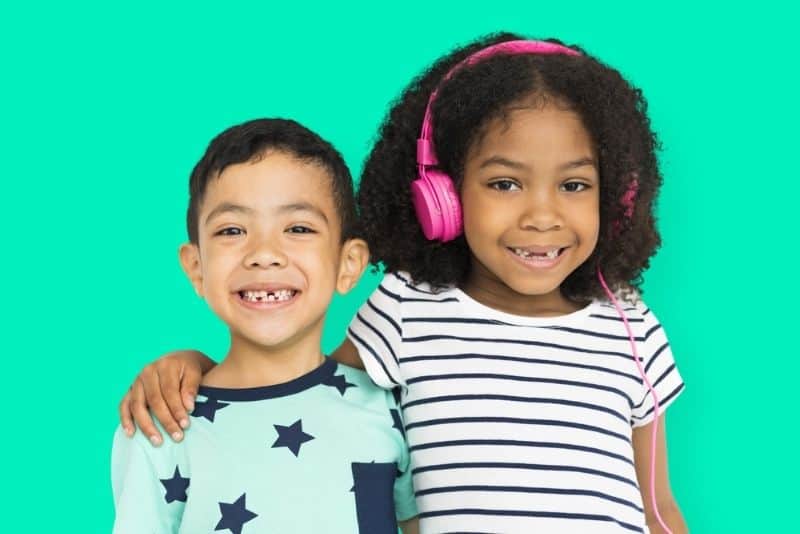 Siblings are the best friends and soulmates we share unbreakable bonds with for our entire lives.

Your new baby’s name doesn’t have to perfectly match their older sibling’s, but I don’t recommend going for something that sounds too exotic next to Madison either.

Here are some good name suggestions: 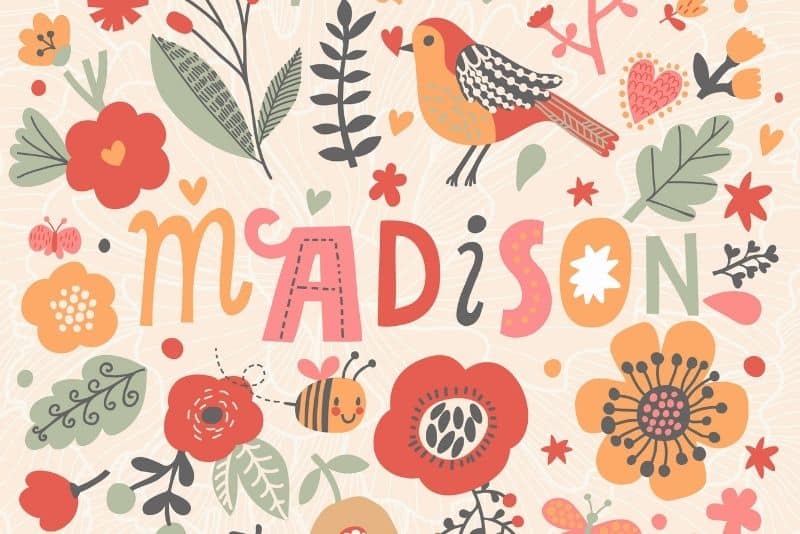 This name might be a bit too long for a successful entertainer, which is why the popular dancer Maddie Ziegler goes by her nickname.

These are some of the most famous Madisons:

• Maddie Ziegler – An American dancer, model, and actress who became famous for her collaboration with the singer Sia.

Ziegler first appeared on the “Dance Moms” reality show and went on to be selected by “Time” magazine as one of the world’s most influential teenagers.

• Madison Beer – An American influencer, singer, and songwriter. She became popular after she began posting song covers on Youtube.

• James Madison – One of the Founding Fathers and the fourth president of the US.

Although Madison isn’t his first name, this former president definitely deserves a spot on the list!

• Madison De La Garza – Her name might not sound familiar to you, but if I mention Juanita Solis and “Desperate Housewives”, I’m sure you’ll know who I’m talking about.

However, that’s not the only interesting fact about this young American actress – Garza is also the younger sister of singer and actress Demi Lovato.

Did you find a good nickname for your darling Madison? I truly hope so!

You may stick with these nicknames for Madison if you like, but you can personalize them even more by adding your own “spice”.

If you’re a fan of history, you may also use nicknames for James Madison for your little one. President Madison actually had several nicknames, including:

• Father of the Bill of Rights

• Father of the Constitution

Also, a good nickname doesn’t have to start with M, you can use whatever comes to your mind.

However, the one thing you should be aware of is other people’s feelings. If you’re not sure whether someone will get the joke, you should just play it safe and choose a common nickname that won’t offend anyone.

If you’re sure your little one, or someone else with this name, has a good sense of humor, you may use whichever nickname you want! 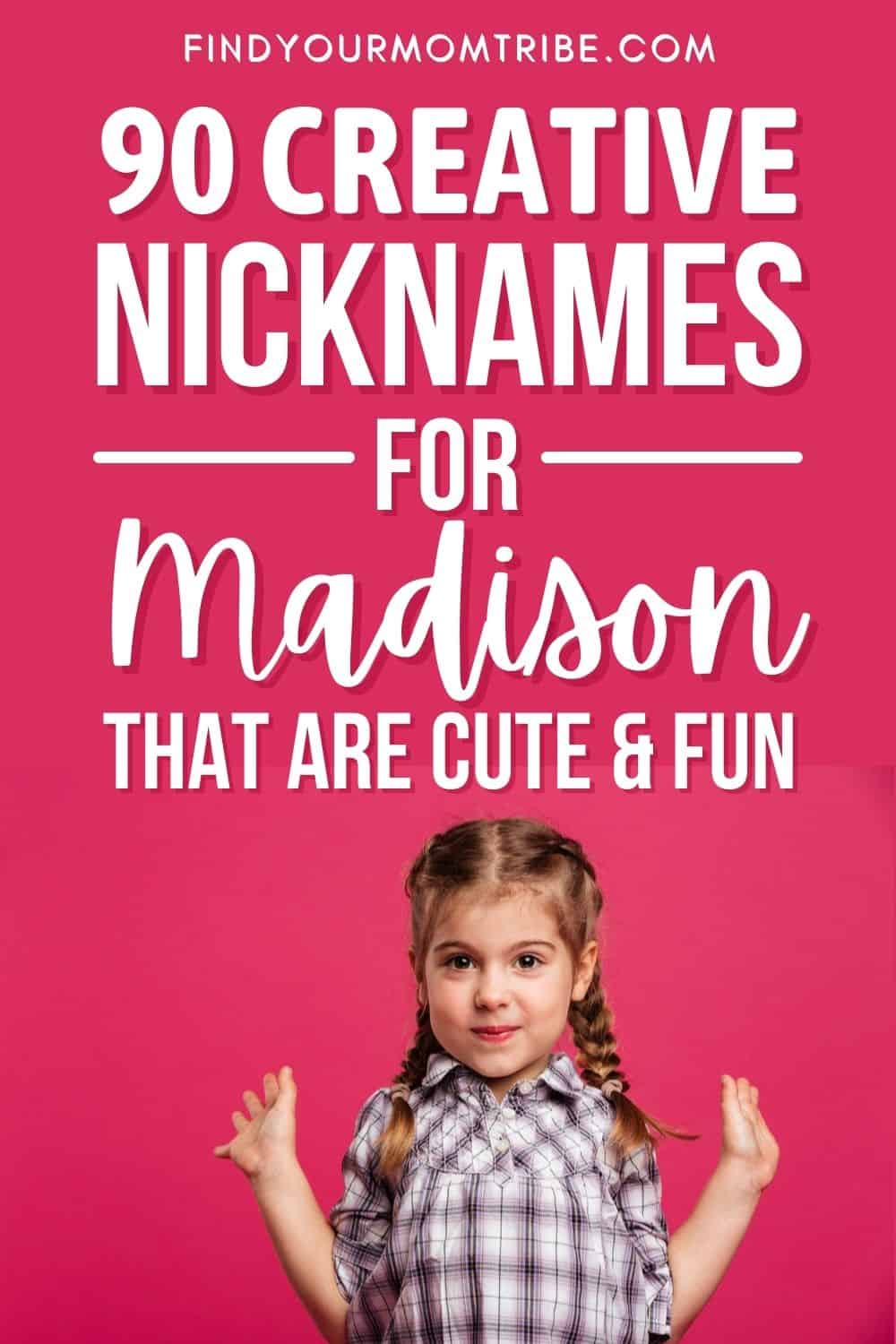